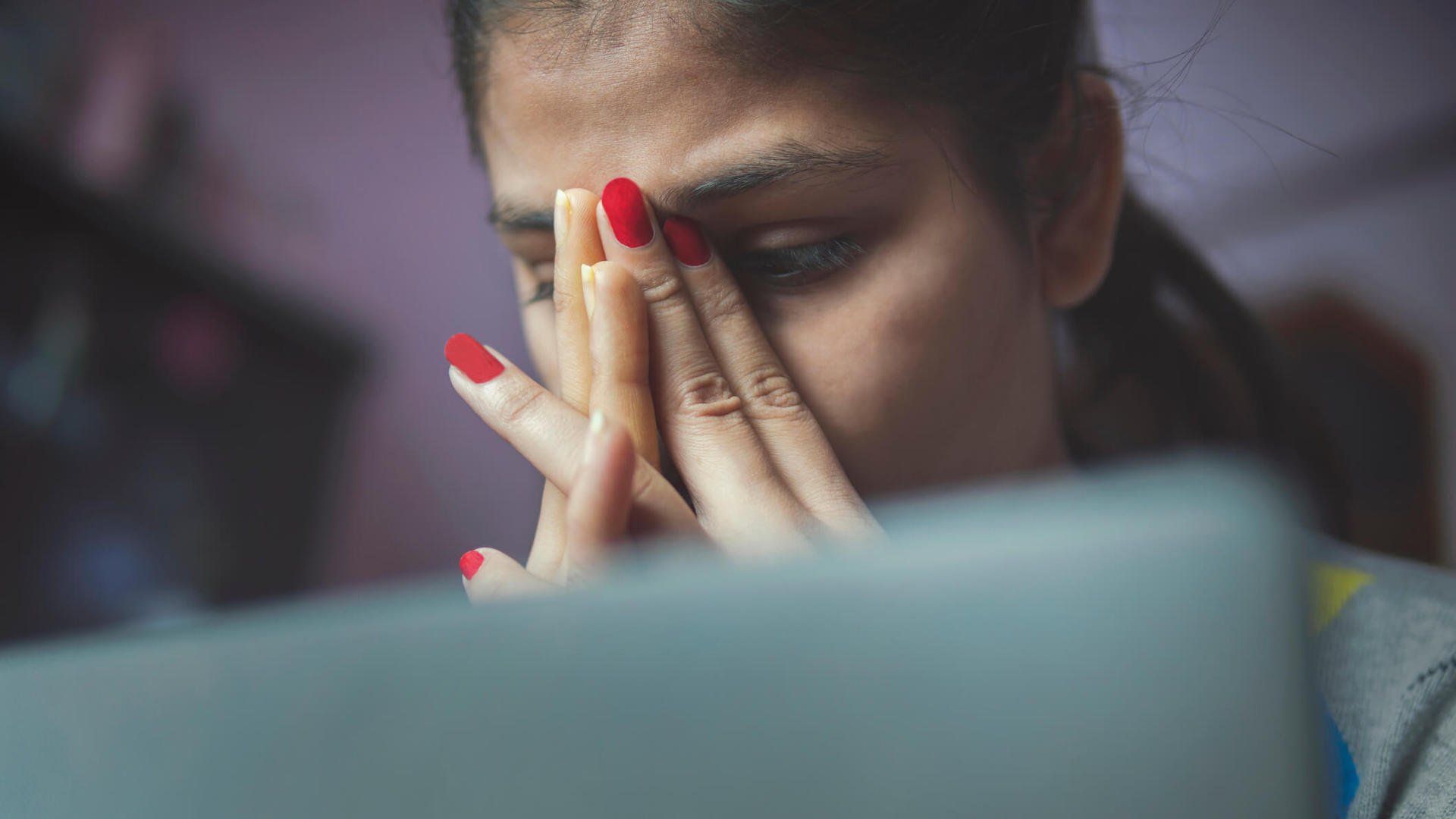 Coercion: the practice of persuading someone to do something by using force or threats.

When employees slack off on important projects, it’s natural to want to remind them of what’s at stake for them. After all, people are, by nature, strongly motivated to look out for their own best interests. They will often respond faster to prevent a personal loss than to achieve team goals. So we lean on that button — just a little bit. Managers often use coercive power to hint that a loss of bonus, a demotion, or even unemployment awaits them if they fail to follow certain policies or meet expectations.

It sounds extreme, but does it work? Of course! Think about a workplace where staff know that the punishment for harassment is termination and a lawsuit. Fewer people would risk harassing coworkers because they realize it’s no longer about social responsibility — they have something at stake. If people know that you’ll enforce punishment, coercive power is effective.

But should you use it every time? And is it sustainable in the long term? Read on to learn what coercive power is, how to identify it, and the pros and cons of leading with coercive power.

What is coercive power?

What is coercive power?

Coercive power is a type of power that employs the use of force, threats, and other forms of coercion to stimulate an outcome. A supervisor who threatens to demote, terminate, or suspend an erring employee, for example, uses coercive power.

Unlike personal power, which individuals can wield over themselves, people cannot use coercive power on themselves. Other forms of power people can’t use on themselves include referent power, reward power, and legitimate power.

Coercive power is the opposite of reward power. Where you promise rewards to encourage results with reward power, you threaten punishment with coercive power. Organizations that stack rank employees often use both types of power. The employees who follow instructions and achieve results get rewarded. The ones who don’t get punished.

Power, no matter the type, can be subtle and hard to identify. However, these characteristics often show up to identify coercive power.

With coercive power, communication is rarely two ways. The leader controls the flow of information and instructs, while the employee obeys.

For leaders to succeed with the use of coercive power, they need to use threats of punishment.

There have to be certain negative consequences for noncompliance. The significance of the punishment must also be large enough to encourage compliance.

Employees won’t do what they ought to do if there’s no one watching them. There’s no fear of being caught.

If the power you wield is absolute and intimidating, those are good indicators that you’re using coercive power. 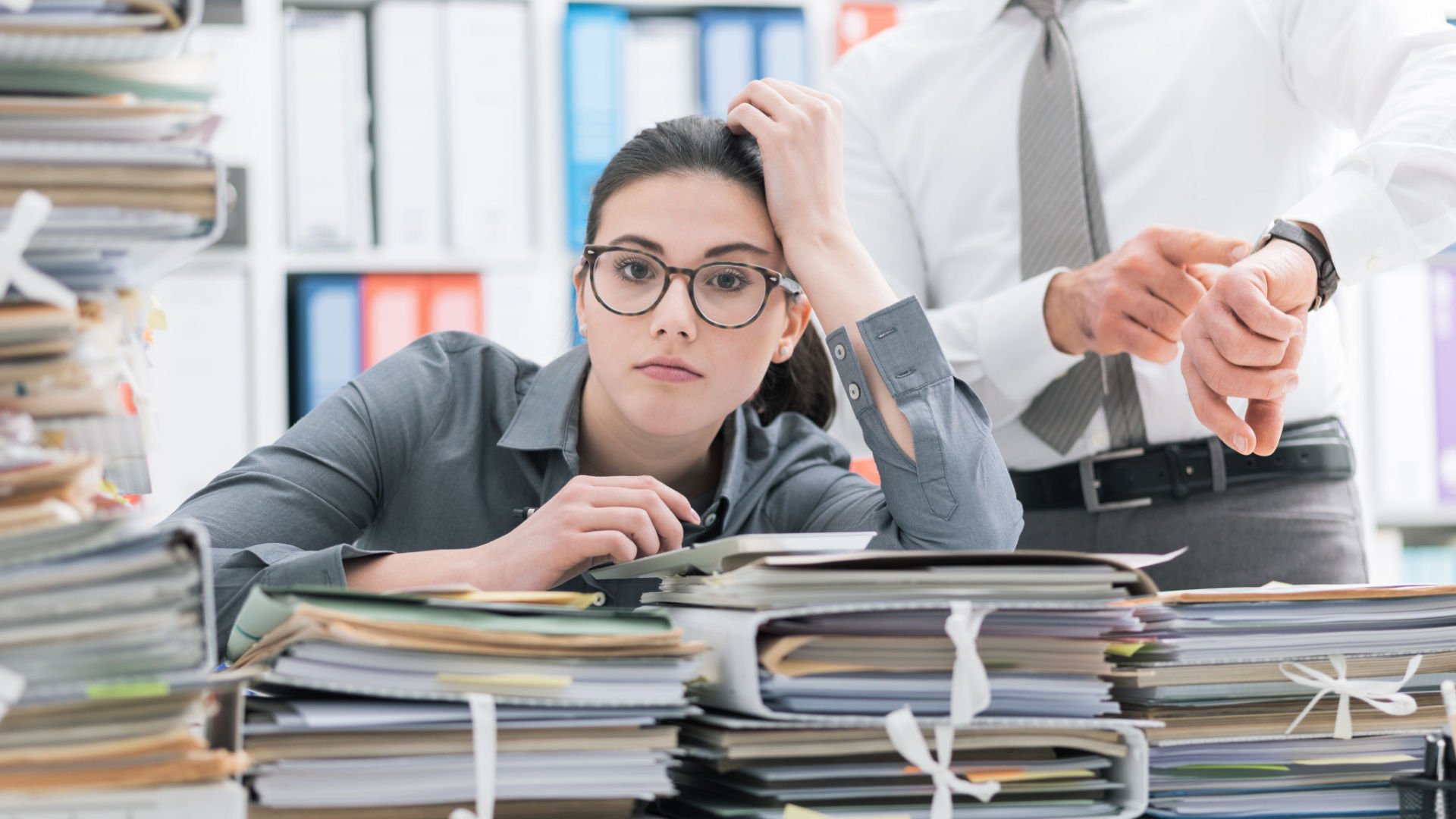 Examples of coercive power in use

From threatening to fire an employee to taking them off important projects, here are some examples of coercive power.

Workplace coercion may start out effective, but it often leads to low self-esteem and mental health issues for employees.

Findings show that among the bases of social power, coercive power triggers stress from a perceived lack of control. That’s because coercive power creates a feeling of powerlessness amongst employees. There is a high dependency on supervisors, anxiety to satisfy the manager’s needs, and a constant focus on duties and evaluation.

All these feelings can introduce anxiety and depression. Moreover, a lack of control is one of the six factors likely to contribute to workplace burnout.

When to use coercive power

Despite the negative effects on employees, coercive power is not without its merits — when used right.

Consider how the threat of termination discourages harassment at work. Or, how traffic cameras use coercive power to encourage safe driving. Or even how school teachers encourage students to study with the threat of failure.

If there are harmful practices that employees might engage in, coercive power should be used to check that.

Here are some instances when it can be effective to employ coercive power at work:

To deter employees from misconduct, document policies that contain implications for unacceptable behavior. 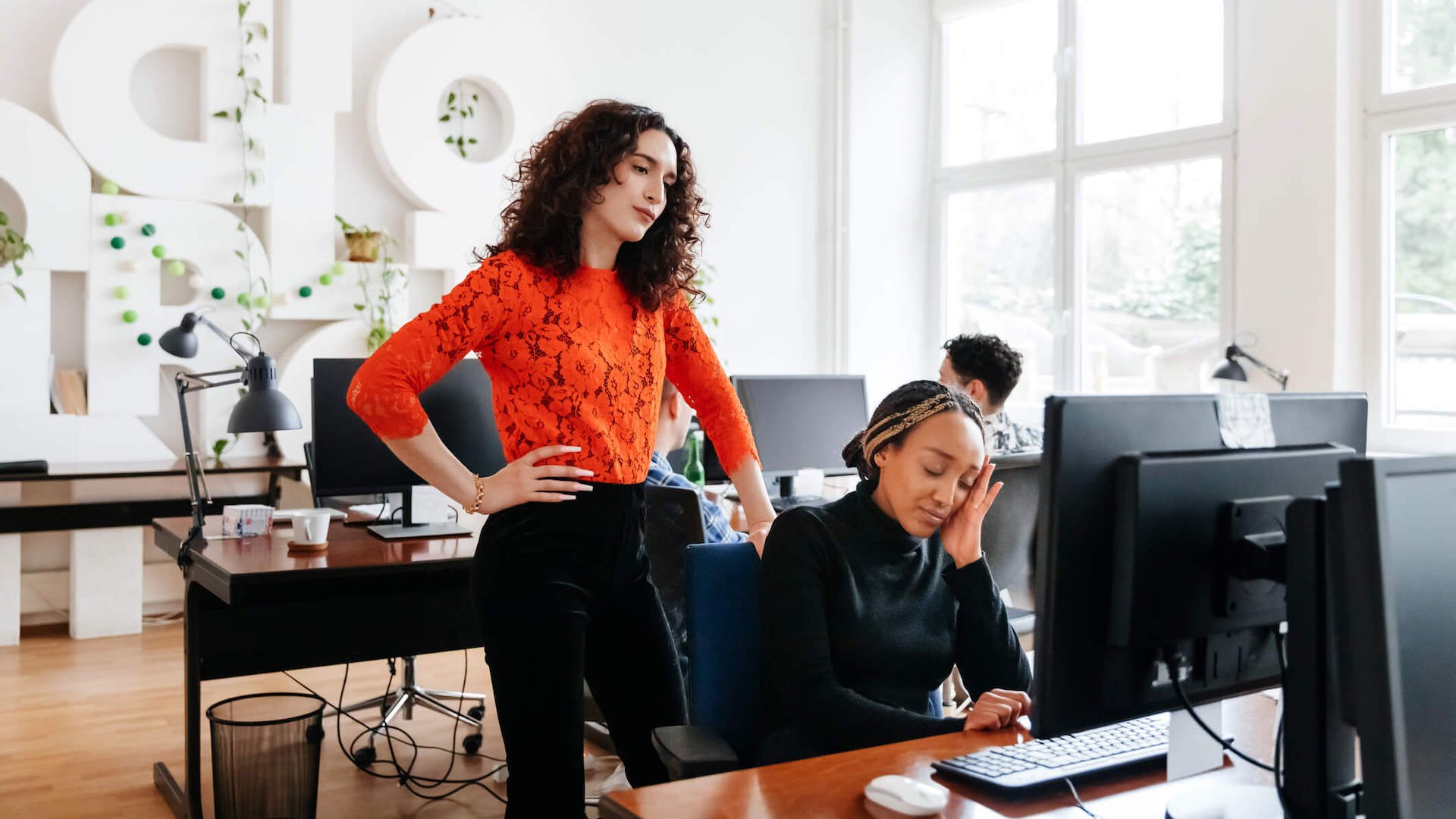 When there’s clear and certain punishment for slacking off, employees will put in work to avoid failing at their tasks. They'll do more and achieve more at work.

With coercive leadership, managers expect employees to not just perform, but to perform on time too. This increased emphasis on carrying out duties on time will cause employees to examine their processes for opportunities to improve. They'll become more efficient at handling tasks with speed and accuracy.

Aside from slacking off, there will be times when employees intentionally disobey rules when there’s nothing to check them. The use of coercive power reminds employees of the negative consequences of insubordination. And in cases of non-compliance, allows you to discipline such employees.

Where obeying rules directly corresponds with employee safety, coercive power helps keep your workers safe. In a manufacturing plant, for example, workers need to adhere to strict rules of conduct for safety. Coercive power makes it more likely that they’ll do so for fear of punishment. Otherwise, people could go about with a lax attitude believing that the safety procedures are exaggerated.

Another good example is in establishing safety for employees with disabilities and protecting underrepresented people from harassment.

Studies show that workplace coercion increases antagonism between leadership and the people they lead.

A coercive leader is like a dictator that employees have to fear, listen to, and obey. There’s hardly any two-way communication and employees are not involved in any decision-making. Because of this, people begin to revolt, even if only in their hearts at first. The leader becomes the bad guy.

Because there’s little to no communication, coercive power hampers implicit trust between employees and their leaders. Employees don’t believe that leaders are looking out for them. Trust becomes something leaders need to prove with reason — to earn.

Leaders will now have to rely on fear to accomplish tasks. Unfortunately, fear can create toxicity at work in the long run.

Authoritarian leadership typically hinders employees from expressing their ideas for fear of backlash. People in positions of power may forbid others from offering suggestions or voicing their views at all. As a result, there are fewer creative ideas to work with.

Because innovation is necessary for success in today's competitive markets, coercive power can lead to business failure.

For people to be happy at their jobs, they desire the freedom to express creative ideas and choose their own processes. People want to feel like they’re part of something bigger than themselves — rather than simply working for a paycheck.

Employee job satisfaction is important because it affects productivity, efficiency, and retention rates.

People don't leave jobs; they leave bosses. It’s harder to keep employees happy with coercive leadership. Employees have to sacrifice their sense of autonomy — and oftentimes their sense of purpose too.

When a lack of purpose at work is accompanied by a constant fear of impending doom, employees leave.

7. Only effective for a limited time

If you coerce people often, the effects of fear begin to wear off. People will eventually challenge your authority and do want they want. Therefore, this leadership style isn’t sustainable for long-term influence.

There’s a difference between power and influence. While power comes from authority, influence comes from persuasion.

It may be useful to wield the power to ‘fix’ employees when they engage in misconduct, coercive power will not work forever. We should rely less on coercive power and more on influence.

In fact, there are a few specific instances where we should use coercive power. To discourage workplace harassment, protect company data, and keep employees safe.

It’s also important to note that coercive power does not work if you’re unable to monitor for misconduct and carry out the threat.

With the constant work, impact on trust, and drawbacks attached to coercion, it’s smart to consider other ways to influence without coercive power.

Learn the difference between power and influence, what their sources are, when to use one or the other, and how mastering both can help you become a better leader. Read More
Professional Development
14 min read | August 24, 2022

The 5 types of power effective leaders use

Discover the five types of power and learn when to use each type. Plus, read about how you can use the different types of power to be an effective leader. Read More
Leadership & Management
17 min read | September 27, 2021

Workplace coercion is a serious issue that needs to be tackled head-on. Find out what forms it can take and how you can prevent it in your organization. Read More
Leadership & Management
21 min read | October 5, 2021

What is power and how does it affect workplace dynamics?

Power isn't always obvious. Learn more about what power is, the theories and types of power, and how to use power effectively at work. Read More
Leadership & Management
19 min read | October 18, 2021

Power vs. authority — which is more effective in a workplace scenario? Learn the difference between power and authority and how to become a better leader. Read More
Leadership & Management
20 min read | November 1, 2021

Using legitimate power? The responsibility behind your role

What is legitimate power and how can you use it as an effective leader? Find out here, plus the good and bad sides to this type of power in the workplace. Read More
Leadership & Management
15 min read | November 15, 2021

What is referent power, and why is it so influential? Learn how leaders use their influence on others in our guide to referent leadership in the workplace. Read More
Professional Development
19 min read | December 20, 2021

What is personal power? Develop your power and own your life

Explore the definition of personal power, how it affects you, and how you can wield it successfully. Knowing what personal power is can further your career. Read More
Professional Development
12 min read | January 17, 2022