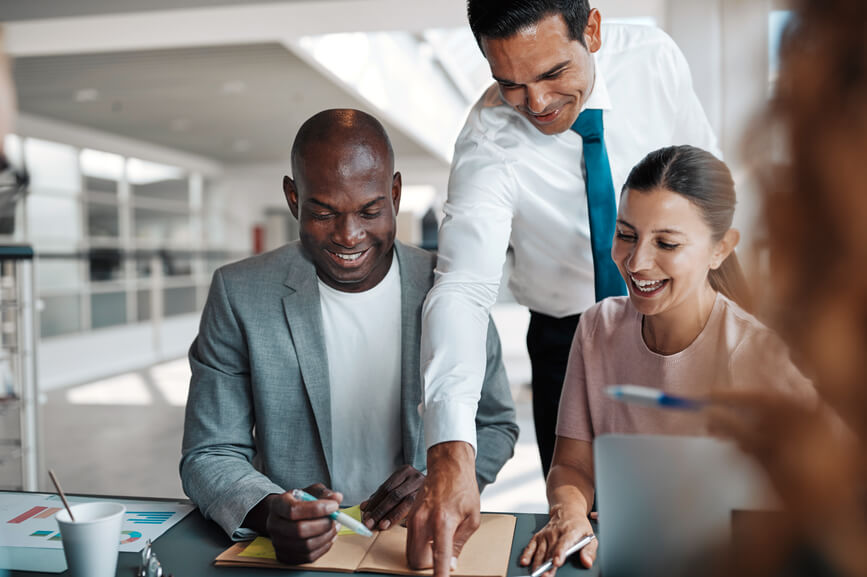 6 differences between power and authority

Power vs. authority in the workplace

Understand power vs. authority to become a better leader

Power and authority. These two terms carry a lot of weight, especially in the workplace.

Most people might think of these two forms of influence as the same, especially regarding authority vs. power in management.

Although it appears that there’s a fine line between them, they are different in many ways.

For those in a leadership position, it’s crucial to understand how their methods of influence impact others.

An effective leader understands how to use a combination of both power and authority to achieve team goals. How leaders use their control can determine the success or failures of their teams.

Let’s take a look at the difference between power vs. authority and how they develop in the workplace.

Power is a person’s capacity or ability to exert their will over someone else.

Every employee, including managers, exerts a form of power in their places of work. Different types of power are useful in different situations.

An example of the exertion of power at work would be a manager insisting that his team adopt a particular work style he prefers. He does this even though they may prefer to use a different creative style.

Power can be earned through an educational background or by gaining experience in the field. Or it may be bestowed upon an employee by a company’s management, executives, owners, or shareholders.

How someone chooses to use their power at work depends on their personality and position. This work situation will guide the appropriate way for each person to exercise their power.

For example, an employee might try to exercise a type of power that isn’t appropriate for the situation or for their role. As a result, their colleagues may not be receptive to their commands. If a manager or executive were to issue the same request in an appropriate situation, they might be willing to comply.

Authority is the formal and often legal right that a person holds to make decisions and give commands to others.

In the workplace, authority gives someone the power to enact organizational changes to a workplace. High executives, owners, and officials tend to have authority in order to achieve a business’s key objectives. 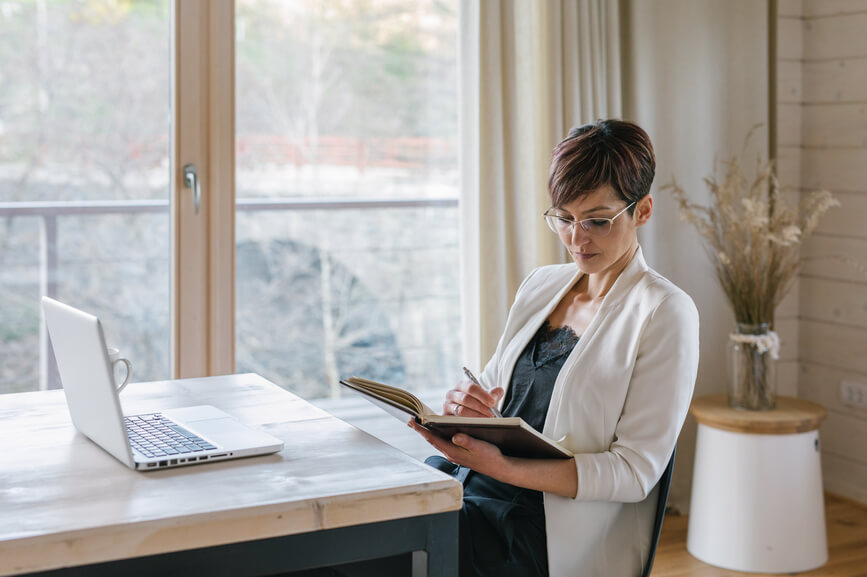 Authority is often tied to the hierarchy of a company. Authority flows downward, with commands delegated from manager and leaders to direct reports. An official cannot perform their duties without permission granted from a higher authority.

Authority is usually exercised to get a task done through another party. An example would be a team manager requesting that an employee complete a report by a specific deadline. Upper management specifies this deadline.

The concept of authority is based on designation. It is restricted only to the organization, making it more legitimate and persuasive than power.

For example, a manager needs authority. It makes their position real and quantifiable, and gives them the power to designate tasks to their direct reports. Whenever there is a chain of business relations in a company, it is authority that binds them and provides a framework for responsibility.

Authority itself can be delegated. In fact, delegation of authority is an important skill for leaders to have. It empowers team members to do the work they are best suited to.

6 differences between power and authority

Power is the capacity of a person to influence others and alter their actions, beliefs, and behaviors. However, it’s important to note that there is a difference between power vs. influence.

Authority is the legitimate power that a person or group is granted to practice over others within an organization.

The source of power depends on the type of power.

Some people see power as something they receive from an external source. This could be an assigned title or position that gives someone control. For example, a police officer would have legitimate power. His power comes from his position.

Some people see power as a personal trait that is derived from status, charisma, and even financial and social standing. It is an acquired ability that often stems from superior knowledge and expertise.

In this case, power is the self-granted right to control the decisions and actions of others.

Position and office determine a person’s authority in a specific situation. Authority is attached to a position it is conferred to. This means that whichever person holds the position is also granted the authority attached to it. The higher that person’s ranking or position, the higher their authority will be.

The hierarchy of power vs. authority is very different.

Power does not follow a specific hierarchy. It can instead flow in any direction. This could be from superior to subordinate, subordinate to superior, or junior to senior. Or it could be between people working on similar levels but different departments. 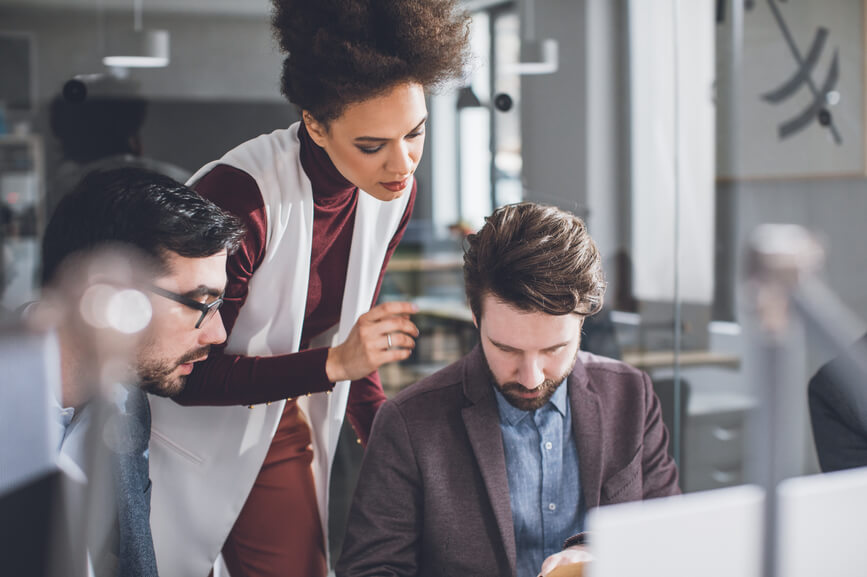 Power is not confined by any boundaries. And, it is usually complicated by an element of politics in the workplace.

In contrast, authority is hierarchical in nature. It always flows downward. An authoritative superior can delegate authority to a subordinate or junior employee.

4. Ability to be lost

You can lose both power and authority. But power is easier to lose than authority.

Power is lost quickly through mistakes, as well as poor actions and behaviors. However, it’s important to note that people often become more powerful the longer they work in a given industry.

Because power is built on expertise and experience, a person who makes repeated mistakes in business can lose their credibility — even if they were very powerful before.

Authority is more technical and static in nature. It’s only lost when a person in a position of authority loses the position associated with the authority.

An organization can take authority away from someone by removing them from their positions. Or by removing responsibilities from that position that formerly gave them a certain amount of authority.

Take an example of a company manager during a department restructuring. They might move into a new position with similar pay but with less authority.

Power is more informal. It may be obtained through illegitimate or informal means, such as nepotism and corruption or organizational networks.

Authority, on the other hand, is both legitimate and formal. It needs to be granted by a person or entity in a superior position and can get revoked under specified circumstances or misuses.

People can acquire power through illegitimate means. Power may also be abused. Because of this, it tends to have less legitimacy than authority. This is particularly true in a workplace setting.

Employees are generally more likely to respect a superior’s authority than power exerted from someone of the same rank. The legality behind authority also provides added legitimacy in some cases.

Power vs. authority in the workplace

There are many different leadership and management styles in the workplace. Each strikes a different balance between authority and power.

These are the most common leadership styles. Let's look at how they depend on power and authority to keep teams motivated and productive.

The autocratic leader manages their team through control and a clearly defined direction. Autocratic managers usually assert strong authority and have full decision-making power. They expect unquestioning compliance and obedience from their subordinates.

This style demands clearly defined roles, strict hierarchies, and even stricter reporting protocols. Staff should never have to ask who is responsible for which task.

An effective autocratic leader stays up to date on their team’s work. They make all decisions related to the outcomes of the team.

Autocratic leadership has both advantages and disadvantages. This is especially true considering only 22% of teams believe their leaders have any clear direction for their company.

An example of an autocratic leader is Microsoft CEO Bill Gates. He has a clear direction for his company and directed his team toward it by wholly maintaining his company’s decision-making powers.

This management style is also called strategic, transformational, or inspirational management. Visionary managers focus their efforts on conveying the general vision and mission of their company, project, or department to their team and direct reports.

Visionary managers hold a certain amount of authority. But they don’t exert power over their teams by involving themselves in everyday details.

Instead, they motivate and align their teams to allow everyone to move in the same direction. They trust their team members to handle the finer details.

Warren Buffett is an example of a visionary leader who has made millions with his relaxed but informed approach to business.

The consultative leader bases their leadership strategies on input from their team. This highlights the difference between power and authority.

While they have the authority to make final decisions, they waive power in favor of listening to each team member’s viewpoints. Then, they make a decision in line with these opinions.

This form of leadership tends to arise when a leader is unfamiliar with every aspect of a situation. They ask for the views of the team on the ground in order to make an informed decision.

An example would be in a chemical processing business where the subordinates are scientific experts who know more about the handling of products than their managers.

Leaders may also choose this leadership style if they are humble enough to consider all of the views of their team members before making a final decision. This willingness to take other opinions into account can often lead to far better, more sustainable decisions.

The main challenge with consultative leadership is that it takes more time than a directive approach. Plus, it relies on team members’ varying degrees of knowledge and experience.

Participative leaders involve themselves completely in their team. They act as a member instead of a superior.

Participative leaders discuss all possible decisions with their team before making them. They seek consensus and opinions to make choices that reflect the entire team’s values. 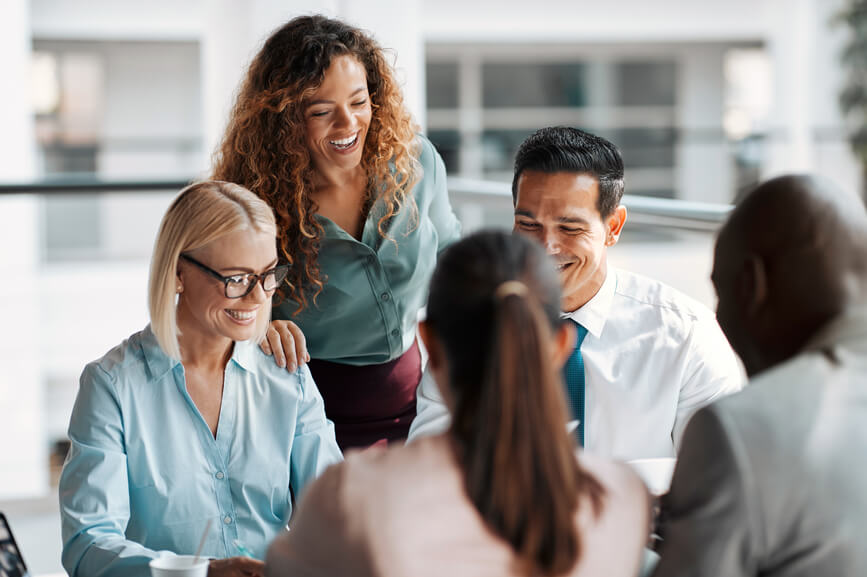 Participative leaders hold the authority to make final decisions on behalf of the team. But they choose not to exercise any power over their subordinates. Instead, they integrate themselves into the team as a member just like any other.

In this leadership style, the entire team takes ownership of final decisions. This creates a high degree of accountability.

CEO of Toyota Motor North America Jim Lentz is an excellent example of a participative leader. He actively guides his team through challenges and failures to address problems and minimize damages.

Understand power vs. authority to become a better leader

The difference between power and authority lies in their legitimacy, source, and ability to be lost or enforced.

Using authority vs. power in management is a balancing act. Effective leaders need to use their authority wisely without exerting too much power over their team members.

Good leaders should take their team’s ideas into account. And they should make key decisions that reflect their whole organization, rather than their sole opinions and motives.

Contact BetterUp to learn more about key management styles. Discover how our personalized coaching services can optimize your management approach. Our coaches can help you create a more productive and empowered team dynamic.

Delegation of authority: 6 steps to empower and get work done

Jump to section What is the meaning of delegation? Central elements of how to delegate authority The importance of delegation How to delegate responsibility 6 steps to... Read More
Leadership & Management
18 min read | June 1, 2021

The 5 types of power effective leaders use

In manager vs. supervisor, find out which differences matter

What is power and how does it affect workplace dynamics?