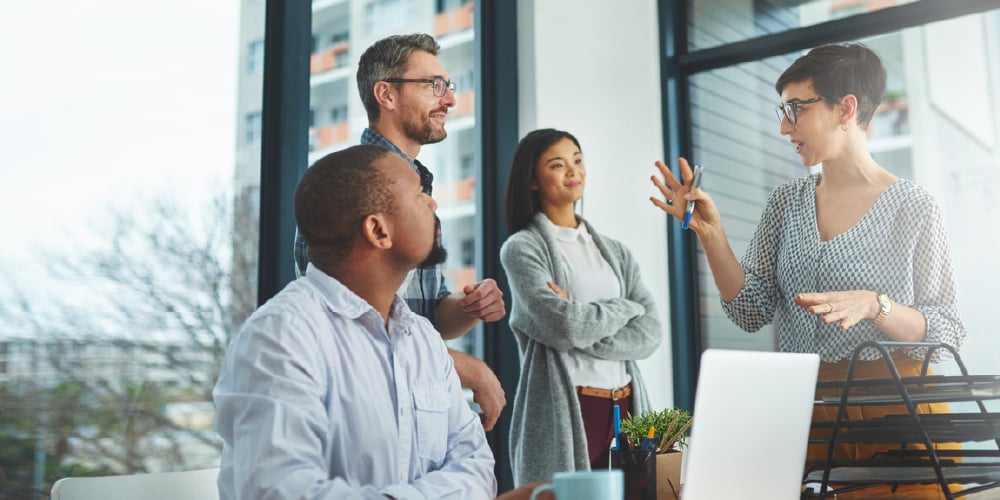 Choosing the right leadership style is essential for good leaders to grow an organization and inspire its members. However, it can seem like a daunting task to know which management style is most effective to drive your company’s growth and get the best from your employees.

Let’s take a look at the charismatic leadership style and how the right communication skills and charm can inspire positive change.

Charismatic leadership is a type of leadership that combines charm, interpersonal connection, and persuasiveness to motivate others.

Charismatic leaders can motivate and inspire their teams toward a greater goal. They do this by tapping into their team members’ emotions, creating a sense of trust, passion, and purpose greater than themselves.

Charismatic leadership differentiates from other leadership styles, like laissez-faire or autocratic, by focusing more on the interpersonal relationship and how the leader interacts with the people whom they lead.

Many leaders are in some sense charismatic. People want to follow the leader as a person, in one way or another, not just for the business goal they represent.

However, charismatic leadership relies on multiple attributes of charisma to elicit desired behaviors. Their charisma shapes growth in employees and the company and produces specific outcomes.

Charismatic leadership is made up of a combination of characteristics. Many of them work together and can be implemented at different times for better use.

A charismatic leader can clearly communicate job duties and goals to their team. They speak openly, in a professional way, and convey their exact thoughts without speaking too little or too much.

They also allow open communication between everyone. They encourage their employees to speak freely without fear of repercussions.

They also have good listening skills so that their employees feel heard.

By allowing their employees to speak openly, a charismatic leader must also make good use of empathy and compassion. They are open to their employees’ concerns and passions, willing to understand their feelings.

Charismatic leaders have high emotional intelligence. Because of this skill, they become well-liked among their employees as great listeners and confidants.

The idea of charisma often brings along the idea of self-confidence. Strong confidence in the business world has many aspects. Proper posture and the right body language, such as maintaining eye contact, create an image of confidence. 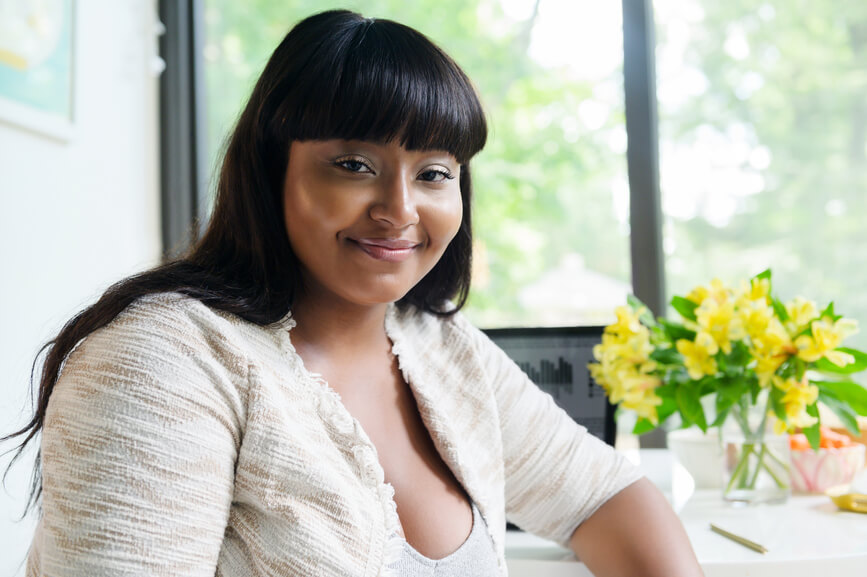 A leader who takes on challenges with strong reassurance that they and their team can finish it presents themselves as confident. When issues arise, or problems are found, a charismatic leader can confidently take control. They delegate tasks and clearly communicate their wishes and the outcome they seek.

The main takeaway for confidence is to look and act as if no matter what someone goes through, everything will result in a good outcome.

A charismatic leader understands that they aren’t perfect. Arrogance is one of the worst traits of leadership.

Instead, a leader should be willing to accept their mistakes and take on mistakes from their team as their own. They understand they can improve and strive to do so for the sake of their team.

They are also aware they are a part of the team. If a small job needs to be completed and they have time to tackle it, they accomplish the job themselves instead of asking someone to do it for them.

The leadership value of humility shows their employees that their leader is human, yet their other traits are what gave them command.

Regardless of how amazing a leader can be, they must also be aware of themselves and how others react to them. Many erratic leaders don’t understand the stress they put on their employees. But a charismatic leader focuses on understanding themselves and their roles within their team.

A charismatic leader is someone who was put in their position due to their maturity.

They can develop and drive a team toward the business’ goals due to their expertise and experience. They can accomplish this with a wise mindset when approaching everything they do. They are the leader who directs and commands.

A leader should be optimistic, a “glass half full” type of person. If an issue does come around, they reassure their employees that the issue can be corrected. They can build a positive attitude for everyone around them by always looking on the brighter side.

A charismatic leader always shows a great deal of passion in everything they do. They show great enthusiasm for their work, genuinely. This passion should also bleed into other employees through clear communication and how they act.

Let’s take a look at some of the different traits between charismatic leadership and other leadership types.

Autocratic leadership is a forceful leadership style. They command others to follow and expect their commands to be followed to the letter.

This can work well in some fields, such as high-level leadership roles where a single person sends commands down the line.

Charismatic leadership focuses on appealing to employees instead of being a commanding presence. Leaders are more focused on appealing, empathizing, and generating passion with confidence. 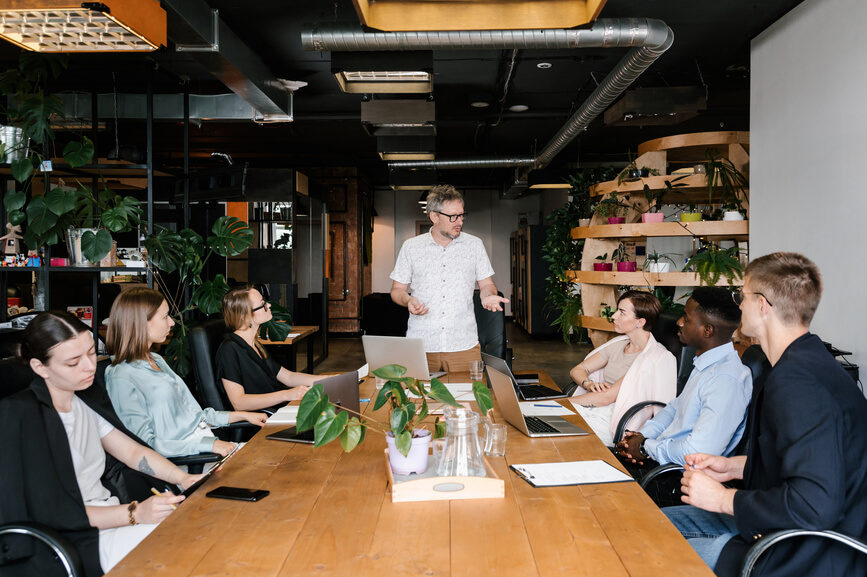 Laissez-faire leadership has its place where the leader can allow the team to work autonomously without much input. The team has more power in decision-making and their goals. But this can leave them to rely on their own passion and drive for their work.

Though charismatic leaders acknowledge the employee’s thoughts on the work they are performing, they take a more active role in influencing and developing group efforts.

Let's look at some similar and different traits of charismatic and transformational leadership.

If someone wasn’t born with a charismatic personality, it’s still wholly worthwhile to invest time to develop some charisma. 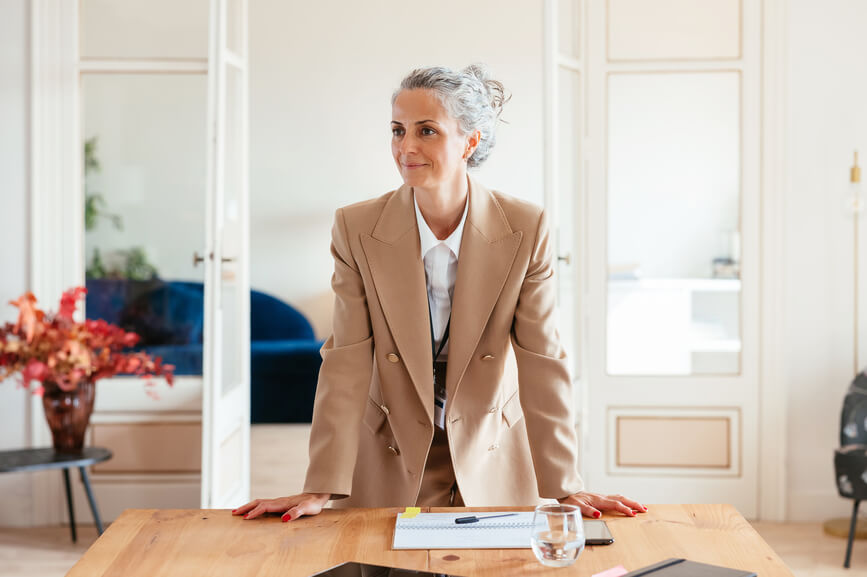 People lower in charisma may still hold a wealth of knowledge and experience. They have the ability to be a wise leader. But they just need to find a leadership style better suited to their personality.

Charismatic leaders are often especially effective in times of uncertainty and existential threat. This leadership style relies on being attuned to the emotions and needs of the people being led.

Because of this, examples of famous charismatic leaders tend to be people who lead through crises. Let’s look at a few examples.

Martin Luther King Jr. empowered his people with hope. He did this by conveying his feelings clearly in a storytelling-like language that resonated deeply in the hearts of millions of his time, and millions after his time. He never used force or violence but acted against it with peace and a focus on prosperity.

Mahatma Gandhi, much like MLK, focused on inspiring others to do what was good. He encouraged truth and nonviolence in the face of opposition. He also didn’t command others to follow him, only allowing those who wanted to follow his actions to accompany him as he was so committed he would have performed them alone.

The outspoken UK Prime Minister during WW2 was very polarizing because he spoke openly, unlike most politicians at the time. This act of confidence and personal touch made Winston Churchill greatly charismatic to a nation that was beaten, but not down, in a time of strife and trouble.

The first female UK Prime Minister was well-loved during her duty and after. Margaret Thatcher was strong and confident for a woman of her time. She was also an open communicator and willing to bend to outside points of view and show humility when needed.

Mother Teresa was generous with her charity and offered courage in the face of opposition. She was entirely selfless, fully committed to giving everything she had to help people in need. Others followed her in her work despite difficult conditions and daily devastation.

Often it’s better to simply listen, empathize, and just understand what they’re saying. Try to promote different types of listening early on. This will ensure that team members continue to speak freely to you about concerns despite the force of your passion.

You inspire them as a leader and visionary. Because of this, using your enthusiasm can be a great motivator for your employees when they achieve something or when the team needs to tackle a challenge.

Use charismatic leadership to drive performance

Charismatic leadership can be one of the best leadership styles to motivate employees to achieve greater goals. This leadership style energizes them through everything they do. In turn, this creates a sense of belonging to help retain valuable employees.

No matter who is leading a team, using techniques to generate more charisma can yield benefits. It’s time to develop your leadership skills and uncover your potential as a charismatic leader.

Get in touch with one of BetterUp’s expert coaches to discover how they can help you.

Learn how strategic leadership works, how it compares to other leadership styles, and why it’s the most compelling style we've come across so far. Read More
Leadership & Management
23 min read | July 18, 2022

What is servant leadership and how can it empower you team?

Servant leadership is all about prioritizing the greater good over your agenda. Learn how this style of leadership can help you empower your team. Read More
Diversity & Inclusion
13 min read | February 18, 2021

Regardless of industry, practicing inclusive leadership is a must-have for all leaders. Let's take a look at this leadership style and a few key behaviors. Read More
Leadership & Management
17 min read | August 10, 2022

Are people born leaders? Debunking the trait theory of leadership

Learn the 10 characteristics of the trait theory of leadership — and the pros and cons of applying this leadership theory to your workforce. Read More
Leadership & Management
26 min read | July 12, 2022

18 leadership qualities and characteristics of a good leader

Leadership qualities can help you get promoted or develop your team. Learn the characteristics of a good leader and how to embody the traits yourself. Read More
Employee Experience
19 min read | June 9, 2022

Learn what the democratic leadership style is. Discover how to implement it in your business to create high-functioning teams involved in decision-making. Read More
Coaching
20 min read | June 24, 2022

These coaching leadership style examples highlight this collaborative approach to guiding a team. Use this guide to get started. Read More
Leadership & Management
24 min read | July 13, 2022

How to deal with 17 common leadership challenges

Tackling the challenges of leadership can be difficult. But with coaching, people can overcome these common leadership challenges to become exceptional. Read More