What is failure and how can we make the most of it? 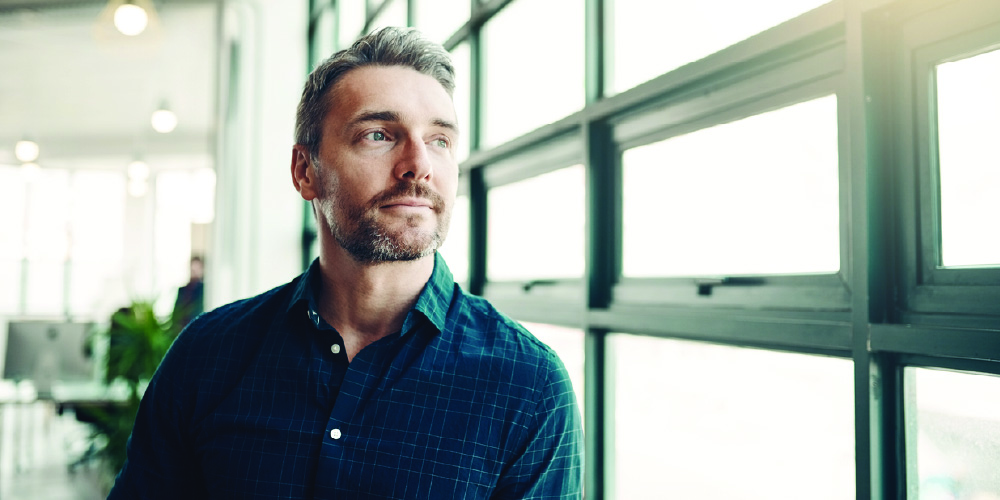 Recovering from failure by reframing it

What is failure? How do we go about learning from failure?

What is failure? We all experience it. But only some people know how to learn from it to be more successful in the future. This article explores the meaning of failure, the relationship between success and failure, and why one shouldn’t fear failing.

It's natural to try to avoid things that could end in failure. Failure can be embarrassing and painful to experience. But what is failure exactly?

Failure is defined as a lack of success or the inability to meet an expectation.

The problem is that we can read too much into failure. Too often, we tie it to our sense of self-worth, self-esteem, and self-acceptance. The expectation we fail to meet is often our own, or one that we've created in our own head.

Most of us don't set out looking to fail at anything. And we especially don’t want to be labeled as a failure. But maybe that is a mistake.

Failure can be useful. We can learn from it, gain new insights, and do better next time. The right kind of failures give us new information and teach us something that gets us closer to our goals.

Let’s consider ideas for reframing failure in our minds and our organizations and strategies for moving through failure with resilience.

A fairly common understanding of failure is setting a goal but not achieving it.

We tend to believe that knowing whether or not you achieved a goal is fairly simple and straightforward. It’s often based on data. But in truth, failure is often in the eye of the beholder. 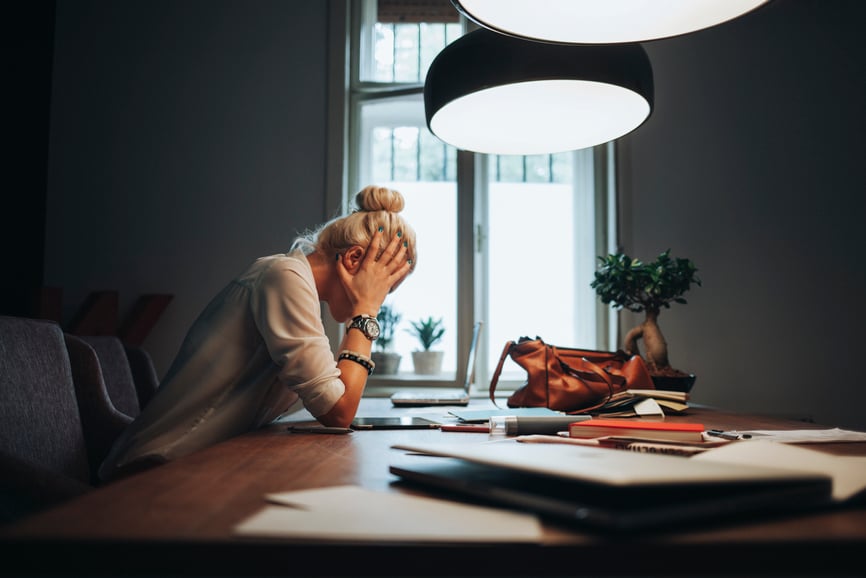 Imagine yourself in each of these three scenarios and whether you'd consider yourself to have failed:

Notice that the differentiator in all three of these failure analysis examples is an ideal we've set in our minds.

Measuring goal achievement can be a subjective and political activity. And in each of these examples above, you can sense that the individuals tried hard and performed well in their efforts.

Perhaps that common definition of being in failure mode as "not achieving a goal" isn't so accurate and straightforward, after all. 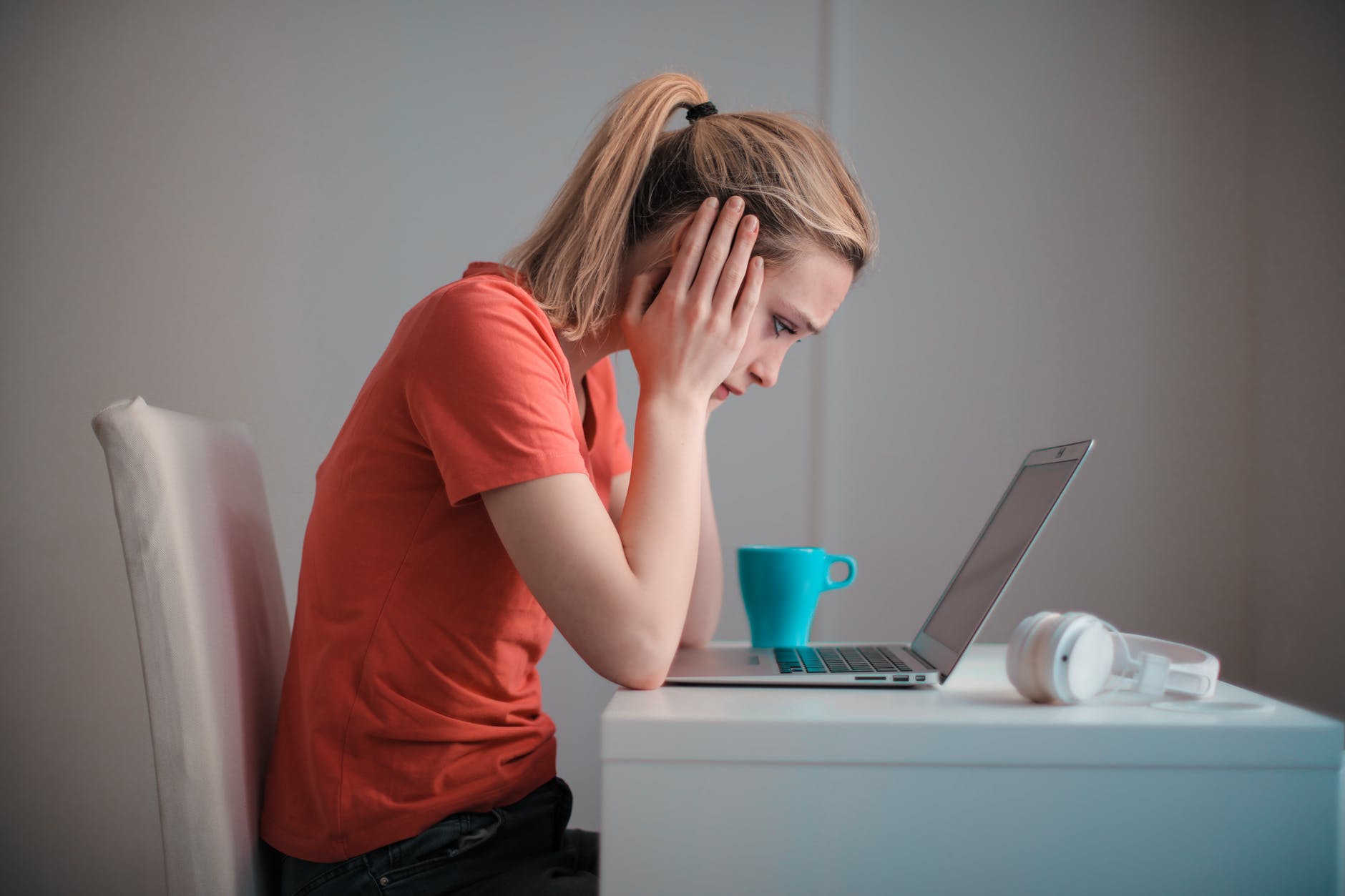 Recovering from failure by reframing it

What is failure? In a "winning-is-everything" society, how do we handle and define failure?

This is the tagline for a documentary series called Losers. It profiles high-performing athletes or teams that have a major failure.

Beyond the individual stories, there’s a more fascinating aspect of Losers. It’s how every episode highlights athletes who have turned the agony of defeat into human triumph.

One episode profiles figure skater Surya Bonaly. She was a nine-time French National Champion and won the European Championship five times. Still, she failed to medal in all three of her Olympic appearances. Finishing fifth in 1992, fourth in 1994, and tenth in 1998.

Now retired as a professional athlete, Surya Bonaly works as a figure skating coach and a motivational speaker. Especially for young athletes of color.

Like the professional athletes highlighted in the documentary, you may find yourself afraid to fail.

Reframing is a technique used in coaching to see a situation in a new light.

Photographers move the lens around to get different angles on the same shot. We can similarly change our perspective on situations to see them differently.

We can reframe failure using these synonyms: 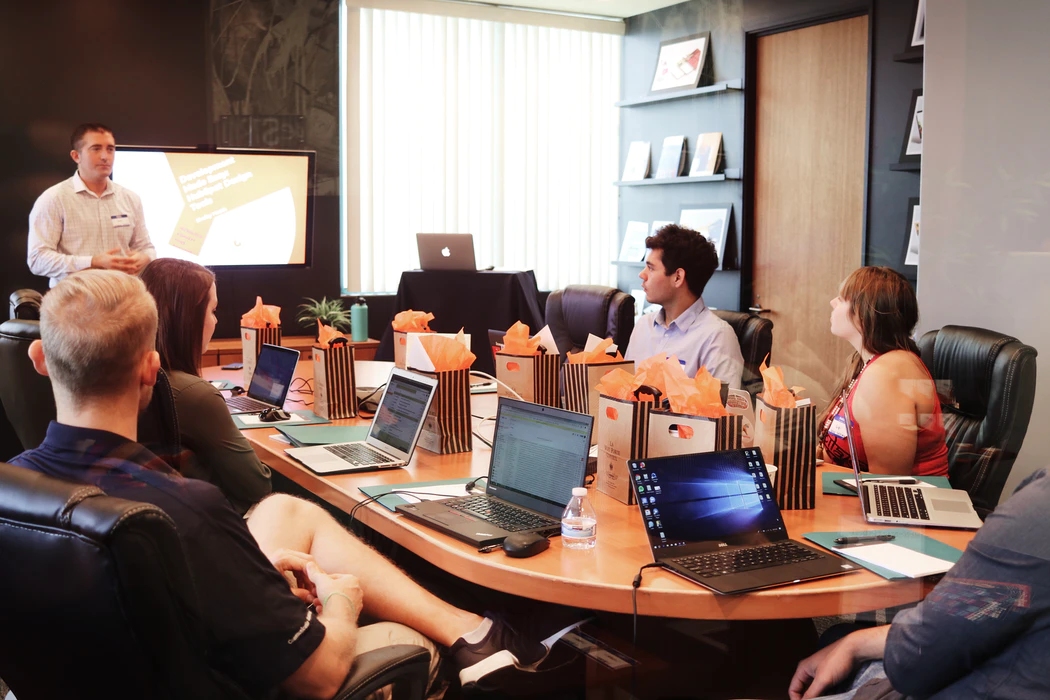 If the definition of failure is not achieving a goal, then does meeting a goal equal success? To some extent, yes. But that definition feels too confining.

Success is psychologically bigger than goal achievement itself. And importantly, it is possible to feel like a successful person even in the face of failure.

In a speech to students at Figure Skating Harlem, Surya Bonaly said, "You don't have to wait for a medal to make your life different. If you give 100%, you did the best. Feel good about it. Feel positive and move on."

This quote exemplifies an important differentiator between process goals and outcome goals.

An outcome goal discussed earlier was to run a marathon in under four-and-a-half hours. In order to achieve that outcome, the runner would have been engaged in process goals along the way in order to make the outcome more likely.

She would have run five or more days a week. Joined a marathon training group. Managed her dietary intake. Purchased the necessary equipment. And devoted countless hours to her training.

But in our society, we do not tend to acknowledge and appreciate those process achievements. Instead, we make the feeling of success contingent upon the outcome.

Instead, let's consider an alternative definition of success. Where we allow ourselves to feel successful for all the efforts we put forth. Rather than the outcomes.

Success is knowing what you want out of life. And feeling proud of yourself for investing in what is meaningful to you. Success and failure can be highly subjective. A more open mindset may help you reframe your failure to success.

Over time, you may shift your focus to feeling successful from process outcomes. The structure put forth by Atomic Habits author James Clear might be helpful to you in that case. He's identified three stages of failure:

Keep in mind that none of us can avoid failure all the time. That isn't the intent.

We live in a world where our success as individuals and teams depends on us learning more and faster to perform better. If we aren't failing, we probably aren't taking enough risks.

Too often, we kind of intellectually embrace experimentation and risk-taking. But we want to do it efficiently and cleanly without failing. That isn't the intent.

The intent is to be resilient in the face of failure. A resilient person will use these strengths in the service of goal attainment:

In her 1998 final Olympics appearance, Surya Bonaly skated through an Achilles tendon injury.

Knowing it would be her last performance as an amateur athlete, she perfectly executed her signature backflip. All the while knowing it was an illegal move.

For her, at that moment, she didn’t see herself as a victim. Pushing the boundaries of the sport and expressing herself were more important than scores from the judges.

The audience gave her a standing ovation. The judges gave her low scores.

Failure is a great teacher. It can be a valuable lesson for us in the long run. We should be able to examine it and take important lessons away from it.

Performing a failure analysis and looking at the root causes of our failure is a key way of learning from failure.

This is particularly true if you suffer a complex failure where the reason for failure may not be immediately clear.

Often, small failures early on in a project can almost be like an experiment. These failures can create innovation that leads to future success. 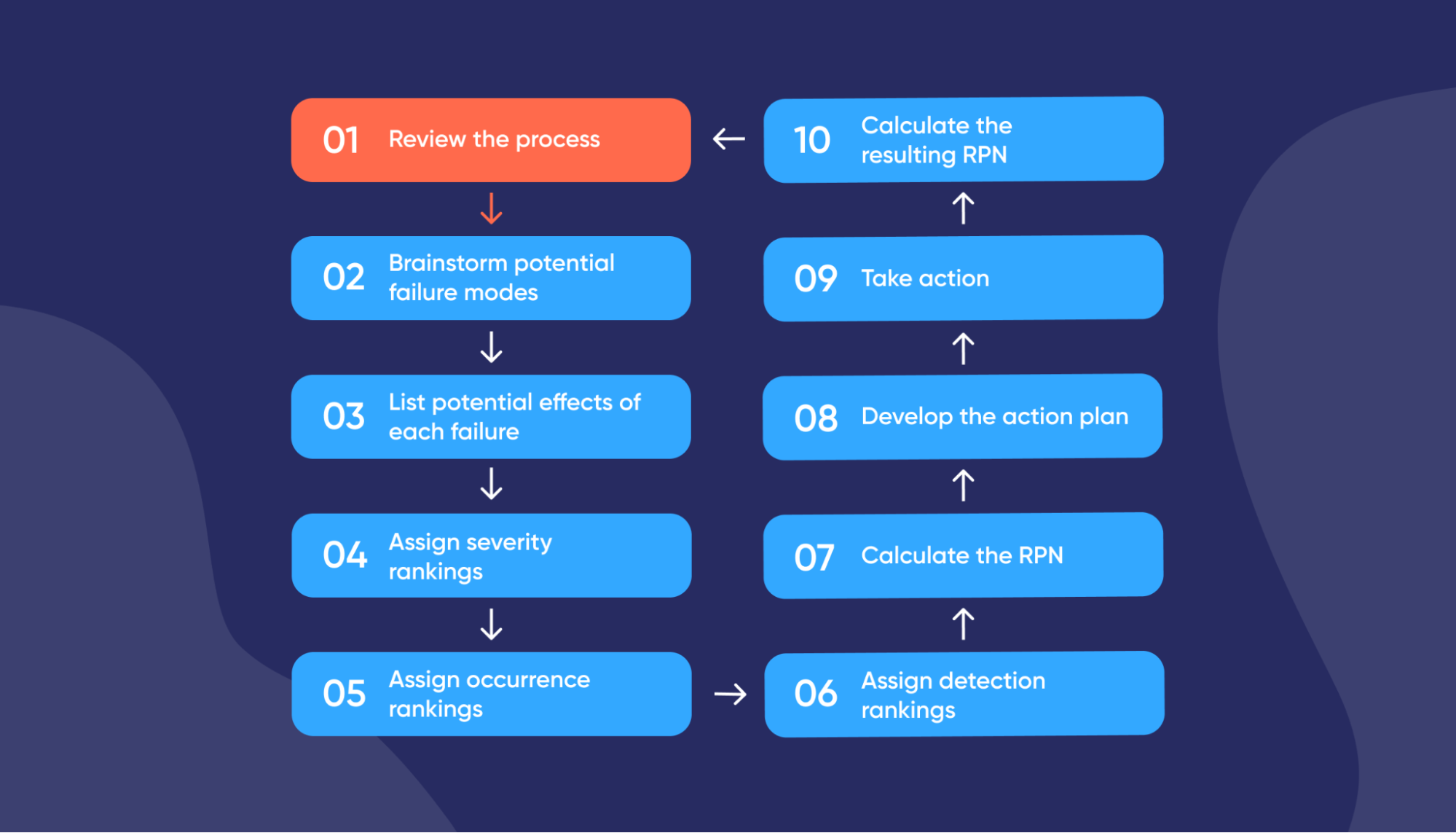 There are several different frameworks that you can use for failure analysis. One of the most popular is FMEA (failure mode and effects analysis).

Performing a failure analysis allows you to calculate a risk priority number (RPN) for a process.

An RPN is based on the severity, occurrence rate, and detection rate of different challenges that may arise in your business processes.

To perform a process failure analysis, there are 10 steps that you need to follow:

If you want to take a more structured approach to learning from your model, these steps will guide you through the process.

For a full explanation of how to calculate your risk priority number and perform failure analysis, see this resource.

What is failure? How do we go about learning from failure?

Failure is not inherently bad.

On the contrary, most failures provide amazing opportunities to gain new insights about yourself or your work. And some failures even create the opportunity to be triumphant.

We are working and living in increasingly ambiguous and fast-changing systems. We will all have to get more comfortable with making mistakes and learning to fail better. Learning to fail is a skill we can all practice.

If you or your team is struggling with failure, consider trying BetterUp Care, a comprehensive mental health solution. It’s redefining employee engagement, productivity, and business growth.

Self-compassion is how supportive and understanding we are with ourselves around perceived failures, weakness, and imperfection. Read More
Well-being
16 min read | January 27, 2021

Self-management is one of those “must have” skills for today. Maybe you’ve heard it thrown around as something everyone should work on. So the good news is, you can develop... Read More
Well-being
11 min read | June 18, 2021

Terms like “differently abled” do more harm than good. Here’s why you shouldn’t use them, and what to say instead. Read More
Well-being
13 min read | November 10, 2021

Dealing with work anxiety? How, when, and if you should tell your boss

Work anxiety can make you feel like you’re always on the verge of failure. Learn the four different kinds of anxiety in the workplace and how to ask for support. Read More
Professional Development
22 min read | March 30, 2022

Why learning from failure is your key to success

Failure is inevitable. It’s how we respond that matters. Here are 5 strategies for learning from failure — and how it may be your key to success. Read More
Leadership & Management
16 min read | April 26, 2022

Wondering what the open-door policy workplace is? Here’s what you should know and why you should adopt this policy at your company. Read More