We all want others to see us as confident, competent, and likeable — even if we don’t necessarily feel that way all the time. In fact, we make dozens of decisions every day — whether consciously or unconsciously — to get people to see us as we want to be seen. But is this kind of self presentation dishonest? Shouldn’t we just be ourselves? 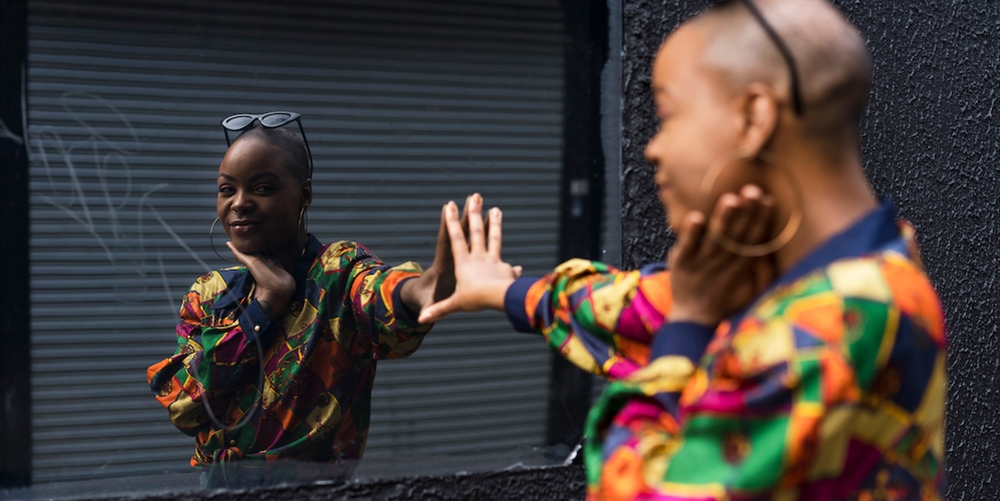 What does self presentation mean?

What are self presentation goals?

Individual differences and self presentation

How can you make the most of the self presentation theory at work?

What does self presentation mean?

Success requires interacting with other people. We can’t control the other side of those interactions. But we can think about how the other person might see us and make choices about what we want to convey.

Self presentation is any behavior or action made with the intention to influence or change how other people see you. Anytime we're trying to get people to think of us a certain way, it's an act of self presentation. Generally speaking, we work to present ourselves as favorably as possible. What that means can vary depending on the situation and the other person.

Although at first glance this may seem disingenuous, we all engage in self-presentation. We want to make sure that we show up in a way that not only makes us look good, but makes us feel good about ourselves.

Imagine, for example, a friend was complaining to you about a tough time they were having at work. You may want to show up as a compassionate person. However, it also benefits your friend — they feel heard and able to express what is bothering them when you appear to be present, attentive, and considerate of their feelings. In this case, you’d be conscious of projecting a caring image, even if your mind was elsewhere, because you value the relationship and your friend’s experience.

What are self presentation goals?

To some extent, every aspect of our lives depends on successful self-presentation. We want our families to feel that we are worthy of attention and love. We present ourselves as studious and responsible to our teachers. We want to seem fun and interesting at a party, and confident at networking events. Even landing a job depends on you convincing the interviewer that you are the best person for the role.

There are three main reasons why people engage in self presentation:

In order to achieve the results we want, it often requires that we behave a certain way. In other words, certain behaviors are desirable in certain situations. Matching our behavior to the circumstances can help us connect to others, develop a sense of belonging, and attune to the needs and feelings of others.

Example: Michelle is a new manager. At her first leadership meeting, someone makes a joke that she doesn’t quite get. When everyone else laughs, she smiles, even though she’s not sure why.

By laughing along with the joke, Michelle is trying to fit in and appear “in the know.” Perhaps more importantly, she avoids feeling (or at least appearing) left out, humorless, or revealing that she didn’t get it — which may hurt her confidence and how she interacts with the group in the future.

As mentioned, certain circumstances and roles call for certain behaviors. Imagine a defense attorney. Do you think of them a certain way? Do you have expectations for what they do — or don’t — do? If you saw them frantically searching for their car keys, would you feel confident with them defending your case?

If the answer is no, then you have a good idea of why self presentation is critical to social functioning. We’re surprised when people don’t present themselves in a way that we feel is consistent with the demands of their role. Having an understanding of what is expected of you — whether at home, work, or in relationships — may help you succeed by inspiring confidence in others.

Example: Christopher has always been called a “know-it-all.” He reads frequently and across a variety of topics, but gets nervous and tends to talk over people. When attending a networking event, he is uncharacteristically quiet. Even though he would love to speak up, he’s afraid of being seen as someone who “dominates” the conversation.

It’s not enough for us to declare who we are or what we want to be — we have to take actions consistent with that identity. In many cases, we also have to get others to buy into this image of ourselves as well. Whether it’s a personality trait or a promotion, it can be said that we’re not who we think we are, but who others see.

Example: Jordan is interested in moving to a client-facing role. However, in their last performance review, their manager commented that Jordan seemed “more comfortable working independently.”

Declaring themselves a “people person” won’t make Jordan’s manager see them any differently. In order to gain their manager’s confidence, Jordan will have to show up as someone who can comfortably engage with clients and thrive in their new role.

We may also use self presentation to reinforce a desired identity for ourselves. If we want to accomplish something, make a change, or learn a new skill, making it public is a powerful strategy. There's a reason why people who share their goals are more likely to be successful. The positive pressure can help us stay accountable to our commitments in a way that would be hard to accomplish alone.

Example: Fatima wants to run a 5K. She’s signed up for a couple before, but her perfectionist tendencies lead her to skip race day because she feels she hasn’t trained enough. However, when her friend asks her to run a 5K with her, she shows up without a second thought.

In Fatima’s case, the positive pressure — along with the desire to serve a more important value (friendship) — makes showing up easy.

Individual differences and self presentation

Because we spend so much time with other people (and our success largely depends on what they think of us), we all curate our appearance in one way or another. However, we don’t all desire to have people see us in the same way or to achieve the same goals. Our experiences and outcomes may vary based on a variety of factors.

One important factor is our level of self-monitoring when we interact with others. Some people are particularly concerned about creating a good impression, while others are uninterested. This can vary not only in individuals, but by circumstances. A person may feel very confident at work, but nervous about making a good impression on a first date.

Another factor is self-consciousness — that is, how aware people are of themselves in a given circumstance. People that score high on scales of public self-consciousness are aware of how they come across socially. This tends to make it easier for them to align their behavior with the perception that they want others to have of them.

Finally, it's not enough to simply want other people to see you differently. In order to successfully change how other people perceive you, need to have three main skills:

Successful self-presentation depends on being able to correctly perceive how people are feeling, what's important to them, and which traits you need to project in order to achieve your intended outcomes.

If we don’t have a compelling reason to change the perception that others have of us, we are not likely to try to change our behavior. Your desire for a particular outcome, whether it's social or material, creates a sense of urgency.

You’ve got to be able to walk the talk. Your actions will convince others more than anything you say. In other words, you have to provide evidence that you are the person you say you are. You may run into challenges if you're trying to portray yourself as skilled in an area where you actually lack experience.

How can you make the most of the self presentation theory at work?

At its heart, self presentation requires a high-level of self awareness and empathy. In order to make sure that we're showing up as our best in every circumstance — and with each person — we have to be aware of our own motivation as well as what would make the biggest difference to the person in front of us.

Here are 6 strategies to learn to make the most of the self-presentation theory in your career:

1. Get feedback from people around you

Ask a trusted friend or mentor to share what you can improve. Asking for feedback about specific experiences, like a recent project or presentation, will make their suggestions more relevant and easier to implement.

2. Study people who have been successful in your role

Look at how they interact with other people. How do you perceive them? Have they had to cultivate particular skills or ways of interacting with others that may not have come easily to them?

Look for areas where you naturally excel and stand out. If you feel comfortable, confident, and happy, you’ll have an easier time projecting that to others. It’s much harder to present yourself as confident when you’re uncomfortable.

4. Be aware that you may mess up

As you work to master new skills and ways of interacting with others, keep asking for feedback. Talk to your manager, team, or a trusted friend about how you came across. If you sense that you’ve missed the mark, address it candidly. People will understand, and you’ll learn more quickly.

5. Work with a coach

Coaches are skilled in interpersonal communication and committed to your success. Roleplay conversations to see how they land, and practice what you’ll say and do in upcoming encounters. Over time, a coach will also begin to know you well enough to notice patterns and suggest areas for improvement.

6. The identity is in the details

Don’t forget about the other aspects of your presentation. Take a moment to visualize yourself being the way that you want to be seen. Are there certain details that would make you feel more like that person? Getting organized, refreshing your wardrobe, rewriting your resume, and even cleaning your home office can all serve as powerful affirmations of your next-level self.

Self presentation is defined as the way we try to control how others see us, but it’s just as much about how we see ourselves. It is a skill to achieve a level of comfort with who we are and feel confident to choose how we self-present. Consciously working to make sure others get to see the very best of you is a wonderful way to develop into the person you want to be.

What Is self-management, and how can you improve it?

Building resilience part 6: what is self-efficacy?

Why you need executive presence (and how to get it)

Executive presence is one of those phrases that is used often, but always well defined. So, let’s take a closer look. Read More
Well-being
21 min read | June 11, 2021

Invest in you: 50+ self-care practices to take better care of yourself

Self-advocacy: Improve your life by speaking up