When gaslighting at work has you doubting, how to reclaim your calm 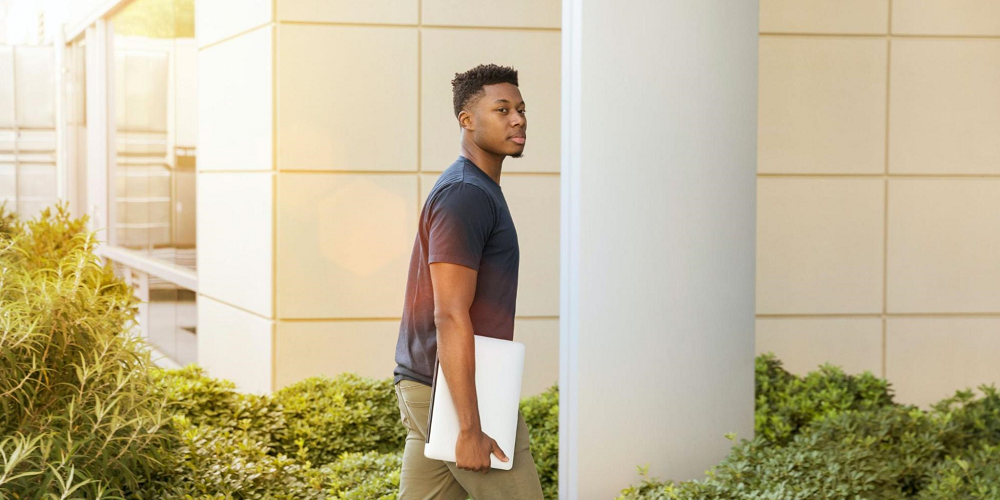 6 signs of gaslighting in the workplace

How to deal with gaslighting at work

Stand up against gaslighting at work

We’ve all heard stories of gaslighting in relationships.

But did you know that gaslighting at work exists as well?

The personality traits of gaslighters cross barriers into all kinds of social relationships. Workplace gaslighting is just as dangerous as it is in a friendship or intimate relationship.

But how do you know if someone at work is gaslighting you? And if they are, what should you do about it?

Let’s take a closer look. In this article, we’ll cover:

Gaslighting is one of those terms that seems to be thrown around a lot. Many mistake gaslighting for other forms of psychological aggression and abuse, such as bullying and exclusion.

So, what actually is gaslighting?

Gaslighting is a form of psychological manipulation. 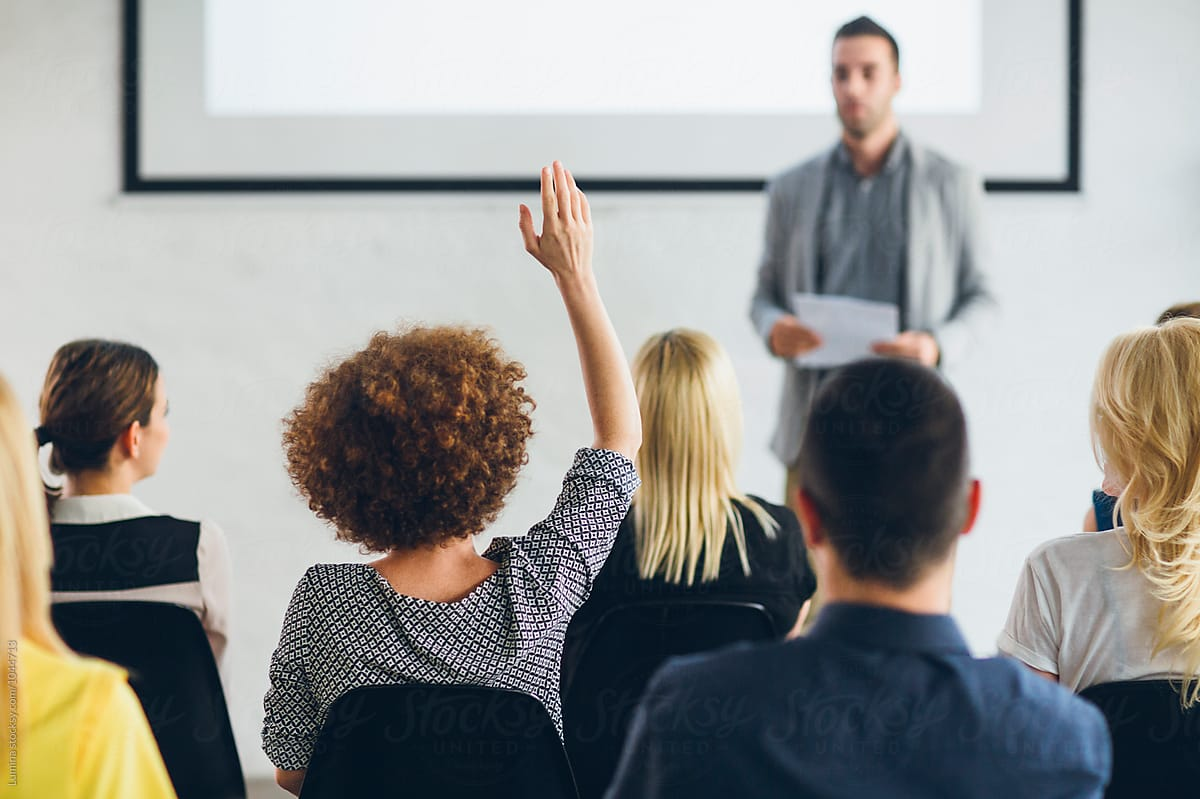 Gaslighting is most commonly discussed regarding romantic relationships. However, it’s equally common in the workplace, as we’ll soon explore.

An example of gaslighting in a relationship might be a husband who frequently requests specific dinner items, then pretends to be confused when his partner makes those meals and claims never to have requested it or even be familiar with it. Such behavior carried on over time can keep the partner off-balance and even make them question their own sanity.

Where did the term "gaslight" come from?

The idea of gaslighting doesn’t seem to have any obvious tie to the flickering lights used before electricity. So, where does the term gaslighting come from?

The word comes from a 1938 play called “Gaslight,” in which the protagonist’s husband gradually convinces her that she’s going crazy.

What is a gaslighter personality?

Gaslighting seems to come more naturally to some people than others. In fact, not all gaslighters are aware of what they are doing, although the term is used primarily when someone is consciously manipulating a friend, family member, or coworker.

For many, it’s bad behavior that has developed over time and across various interpersonal relationships.

It can sometimes be tough to spot a gaslighter. Some are charismatic and charming, such that others don’t even realize that they are being gaslighted, for a while. Others are mysterious and hard to read.

So, how can you tell if you’re being gaslighted in a work environment?

6 signs of gaslighting in the workplace

Gaslighting is a form of psychological abuse that can be more subtle than other types, such as emotional abuse like bullying. It’s the opposite of feeling psychologically safe.

Let’s review six signs that might indicate you are being gaslighted at work:

1. You hear persistent negative accounts of your performance

One of the biggest indicators that you have a psychological abuser on your hands is that you hear a persistent, unjustified negative narrative about your performance at work. In other words, you are not receiving healthy feedback.

This can be a tricky one to determine. This is especially true if that person is your manager or in a position of power, as it’s tough to figure out whether their feedback is valid or not.

Seek opinions from colleagues to confirm your suspicion.

2. The person you think is gaslighting you keeps making negative public comments

Do you feel like your coworker belittles you in public regularly? Have you noticed that others feel uncomfortable when this happens?

It may simply be bullying. This is still not good for your mental health (or mental fitness) and unacceptable in the workplace. However, if the comments made by your coworker make you question your own reality, then they may be gaslighting you.

3. You continue to hear negative gossip about yourself

One of the ways that gaslighters attack your sense of reality is by gossiping about you behind your back. 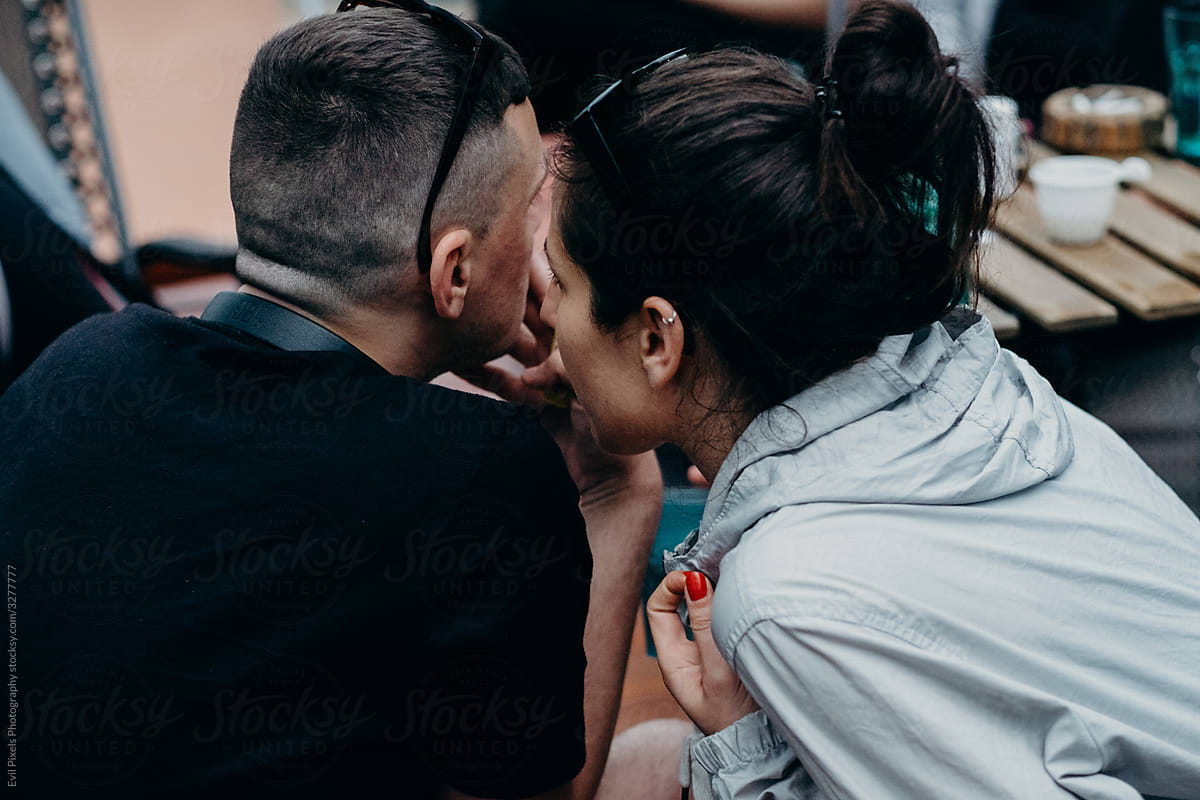 If you’re hearing rumors that are untrue, you should look to determine the root of the gossip. It may be your gaslighter.

4. You find yourself continually doubting your perception of reality

This is the biggest indicator of gaslighting.

If you feel filled with self-doubt after an encounter with your coworker, and you walk away second-guessing your own version of events, then it’s likely that you’re being gaslighted.

5. The person who is exhibiting gaslighting behavior belittles your efforts

A common way that gaslighters make you doubt yourself is by belittling the effort you put into your work.

You might be feeling proud of a project you’ve just completed. A gaslighter will find a way to make you feel like you should have completed it better or faster.

They'll leave you questioning whether you should be proud of your efforts at all.

6. You’re being excluded from professional activities you believe you should be involved in

Gaslighters will make you feel inferior by excluding you from professional activities such as regular meetings.

Of course, it is possible that they genuinely did not think you were necessary for the meeting. It’s wise to consider events like this in light of their other actions. One moment of self-doubt or exclusion isn't usually a problem. Look for patterns of behavior.

If you’re being excluded regularly by the same person, and you know that you definitely should have been included, then it could be gaslighting.

One of the keys to identifying this kind of workplace harassment is noticing if the behavior is persistent.

Singular events such as workplace bullying may still be contributing to a toxic environment, but they may not be gaslighting.

The more of the above signs you see, the more likely it is that you are being gaslighted.

Let’s review some common examples of workplace gaslighting to help you determine if this is happening to you.

The gaslighter tells you they never got the report you delivered last Friday.

You’re sure you left that report on their desk. In fact, you know you did because you stayed late to get it done. But the gaslighter is adamant they never got it. Despite your certainty, you start to wonder if you somehow misplaced it or someone else took it off your manager's desk.

You come up with possible scenarios, even highly unlikely ones, that would conform with the gaslighter's version of the world. 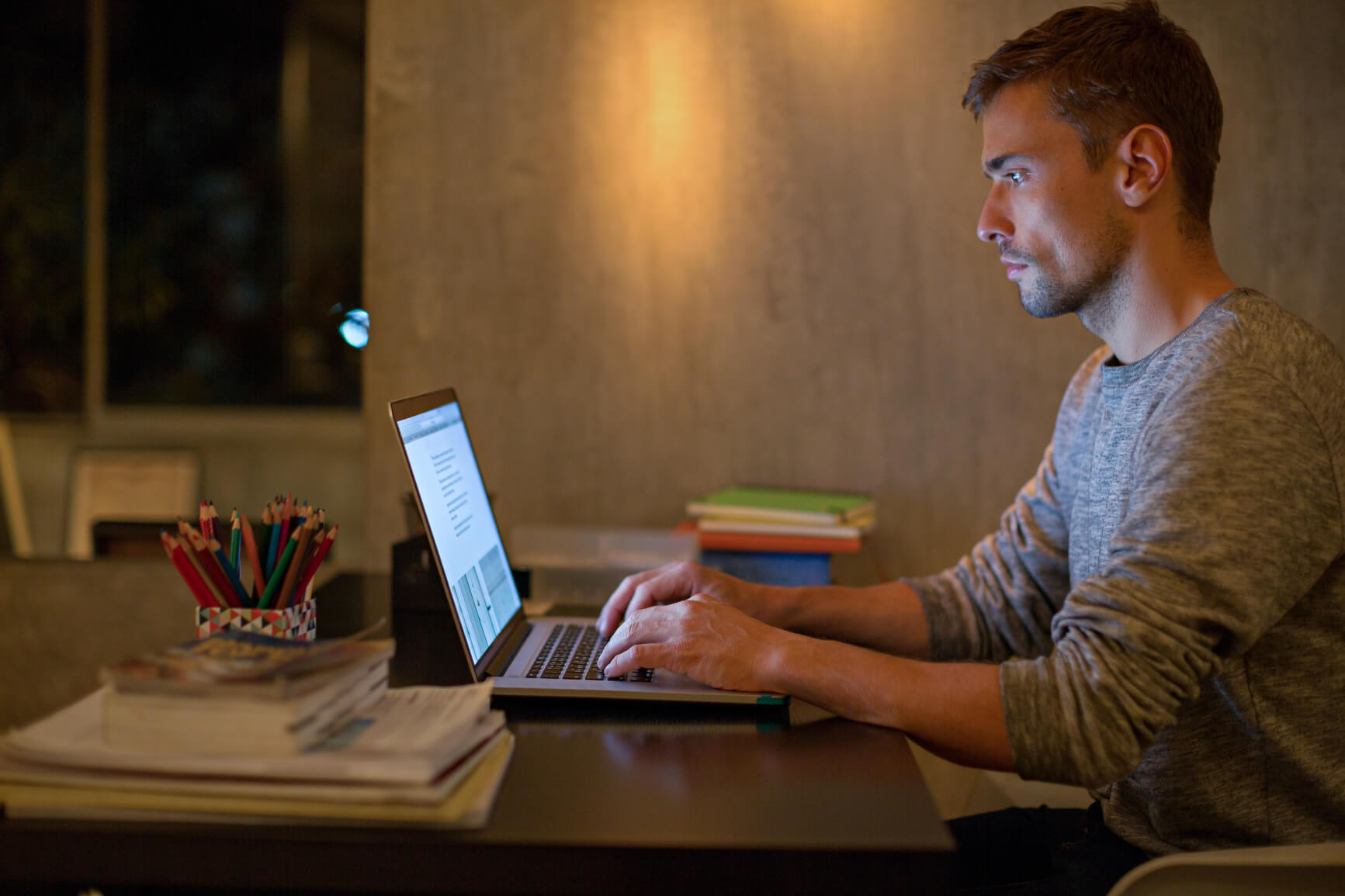 When you bring up an important issue, the gaslighter gets defensive or aggressive.

Gaslighters don’t typically like being challenged or being proved wrong. When this is the case, a gaslighter will generally get very defensive and find a way to manipulate you into believing you’re at fault.

For example, if you confront them about their inappropriate workplace behavior or jokes, they might turn it around on you by asking you why you’re not resilient enough to take it.

The gaslighter gives you some nice positive reinforcement just when you’re reaching the breaking point. The encouraging behavior makes you feel better despite your confusion.

The goal of the gaslighter is generally to keep you under their control, not to destroy you altogether.

As such, they’ll notice when you’re getting close to a breaking point or to identifying their role as a gaslighter and switch up their approach with some positive feedback.

Maybe they’ll take you out to lunch to celebrate some form of success that you don’t feel is all that justified, especially considering how they’ve acted to your previous successes.

A gaslighter may take your stuff without asking and then deny it.

Coworkers borrow stuff from each other's desks from time to time, and sometimes you aren’t around for them to ask you.

However, a gaslighter will outright deny this, making you question whether you’ve simply misplaced the item yourself.

Example 5: pretending to be helpful

The gaslighter tells you they are working on something for you even though, in reality, they haven’t even started.

You’ve asked them several times, and they continually tell you that they’ve been working on it for you and they are nearly done.

They’ll probably convince you that the work isn’t all that important or urgent or that you’re putting too much pressure on them.

They tell you it’s fine to miss the morning meeting tomorrow.

But then, when you do, they grill you for not attending. A gaslighter will deny altogether that they afforded you this benefit.

Example 7: saying one thing and doing another

The gaslighter says one thing and does another.

For example, your gaslighter might advocate for lunch breaks that are strictly 30 minutes long, but then you catch them taking a 45-minute break the very next day. 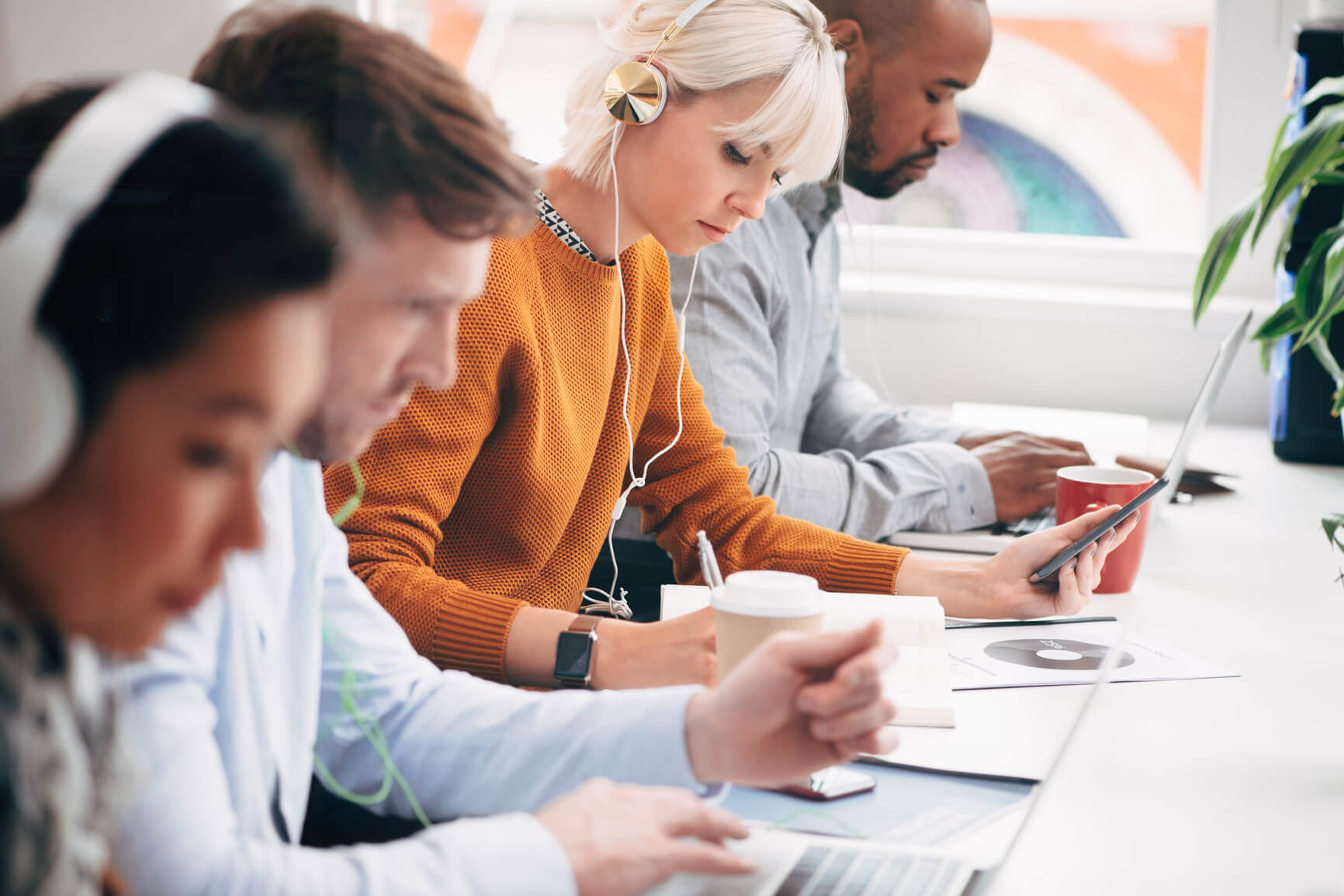 How to deal with gaslighting at work

If you suspect that someone at work is gaslighting you, here’s what to do about it (Note: if you believe any of the behavior you are experiencing is sexual harassment or discrimination on the basis of race, gender, religion, sexual orientation, or other protected category, please consult your company policies and report to HR):

1. Confirm that it really is gaslighting

As we’ve mentioned, it can be tough sometimes to tell if you really are being gaslighted.

Sometimes, you’re just dealing with a rude or narcissistic colleague or manager. Use the steps we’ve discussed above to confirm that you’re dealing with a gaslighter.

Now is the time to start documenting all the gaslighter’s behavior.

Take screenshots of messages where you can, or take notes of interactions you’ve had with them that leave you doubting your own sense of reality. Dealing with the potential fallout from this person's behavior is difficult enough. Remind yourself that the gaslighting is the overarching problem, not your competence or self-worth.

Try not to leave opportunities open for your gaslighter to challenge you. For example, rather than leaving a report on their desk, email it to them so that you have a chain of proof.

Take some time to focus on self-care, and allow yourself to realize that the situation is not your fault and that you’ve done nothing wrong. Talk to an objective third party, not in your company. It can help you maintain perspective on the problematic behavior without internalizing it.

Focus on alleviating negative self-talk to bring yourself into a more positive frame of mind.

4. Meet with your gaslighter

This might be tough, but you’re going to have to confront your gaslighter on their behavior.

Be direct about specific instances that have had an effect on work, but try to avoid making accusations or using a confrontational tone and body language. At the same time, be firm about where the other person seems to be having issues with performance, consistency, or remembering details — your own performance is not the issue.

Consider that there is a possibility that they may be gaslighting you unknowingly (though most gaslighters are aware of their behavior).

5. Go to HR or senior management

If you don’t have any success after meeting with your gaslighter, then schedule a meeting with an HR rep or a senior manager to discuss the issue.

They should be equipped with the necessary tools and skillsets to help you deal with this issue.

Stand up against gaslighting at work

Dealing with gaslighting at work can be tough. It can be a major drain on your mental health and mental fitness, and in some cases, it’s challenging simply to identify whether the behavior even is gaslighting.

Once you’ve dealt with the gaslighter, it might be wise to find some other ways to improve your work environment and employee well-being. Check out how BetterUp can help today.

How to become more assertive at work (your ultimate guide)

Learning how to become assertive at work is crucial to anyone’s career. Assertiveness helps you earn the respect of your peers and make sure your point of view gets... Read More
Well-being
27 min read | May 7, 2021

Working from home? 25 tips that will help you thrive

Does your work match your personal values?

How delayed gratification changes the way you live and work

How to calm yourself down, 23 ways

Why always working long hours is ruining your productivity