Why psychological safety at work matters and how to create it 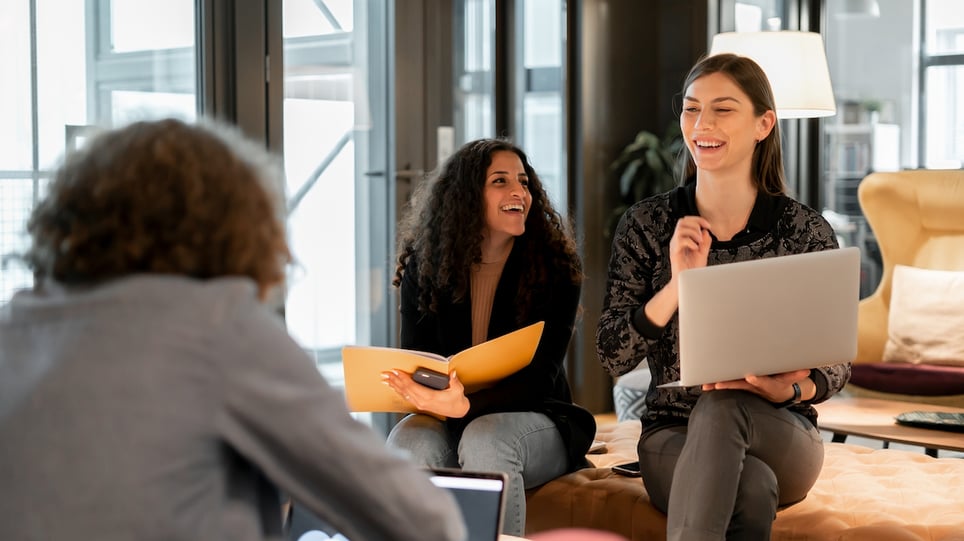 What is psychological safety?

7 reasons why psychological safety is important at work

The 4 stages of psychological safety

6 tips for fostering psychological safety in your workplace

How team members can promote psychological safety at work

I remember back when I read the Atlantic cover story, "Why is Silicon Valley So Awful to Women." As a Latina working for a tech company, this story struck a real chord with me.

This, along with other news stories, revealed to me that women are still underrepresented in the tech industry. The evidence is alarming, but the underlying reasons are even more so.

According to the Center for Talent Innovation, “undermining behavior from managers” is a major factor in women dropping out of tech. In fact, a survey found that 87% of women had witnessed demeaning comments from their colleagues. And 66% felt excluded from key social and networking opportunities because of gender.

In this article, we’ll cover what psychological safety is, why it’s important, and how leaders can promote it in the workplace.

What is psychological safety?

Safety, according to Maslow’s hierarchy, is a “basic human need.”

To support high-performing teams, creating psychologically safe work environments is critical. This is beyond only basic human decency, but employee retention.

So what does that mean?

The term psychological safety was coined by Harvard Business School professor Amy Edmondson. She defines it as “a shared belief that the team is safe for interpersonal risk-taking.” Establishing a climate of psychological safety allows space for people to speak up and share their ideas.

Edmondson and Harvard Business School professor Jeff Polzer says that when it comes to creating psychologically safe environments, establishing norms is critical to success and participation.

For leaders, speaking out is actually less important than how we react and respond to other team members.

To tie this back to the Atlantic cover story I mentioned earlier, creating a psychologically safe environment can also act as a buffer. Psychological safety can work as a bumper against undermining behavior that’s driving so many women away from tech.

7 reasons why psychological safety is important at work

An effective team values psychological safety as much as they do physical safety and performance standards.

Psychological safety in the workplace is important because it: 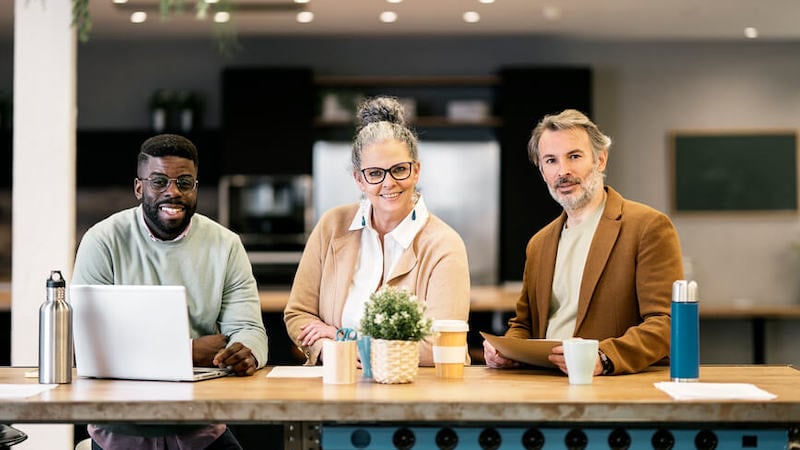 It’s time to put a "psychologically safe workplace" on the list of basic human rights and hold businesses accountable for implementing it.

The 4 stages of psychological safety

The four stages of psychological safety developed by Dr. Timothy Clark are:

This level of safety refers to satisfying the basic human need of connecting and belonging. In this first stage, you feel safe and accepted to be who you are — quirky characteristics and all.

In this stage, you feel safe to learn, ask questions, and experiment. You feel open to giving and receiving feedback (and you even feel safe to make mistakes).

At this point, you finally feel safe to make a valuable contribution using your skills and gifts.

This final stage involves feeling safe enough to challenge the status quo when you see an opportunity for change or improvement.

According to Dr. Clark, team members must progress through these stages in order to feel comfortable enough to speak up and make valuable contributions.

6 tips for fostering psychological safety in your workplace

As the saying goes, actions speak louder than words. Team cultures reflect the actions and reactions of their leaders. Leaders who fail to establish and support psychologically safe team environments can cause irreparable negative consequences and damage to the organization.

Creating a psychologically safe work environment starts with coaching focused on behavior change. This starts with each team member and spreads throughout the organization.

Changing cultural norms requires progressive learning by everyone in the company. A coach to guide these processes at the individual level ensures that behavior changes are being taught correctly. It's reinforced in real-time through experiential learning.

To establish and maintain a psychologically safe work climate, leaders must consistently model inclusive behaviors in order to build out new team norms over time.

Here are six ways you can foster psychological safety in your workplace.

Ask team members to weigh in with their thoughts and expertise. This is especially important to practice at times in which their opinions may challenge your thinking. 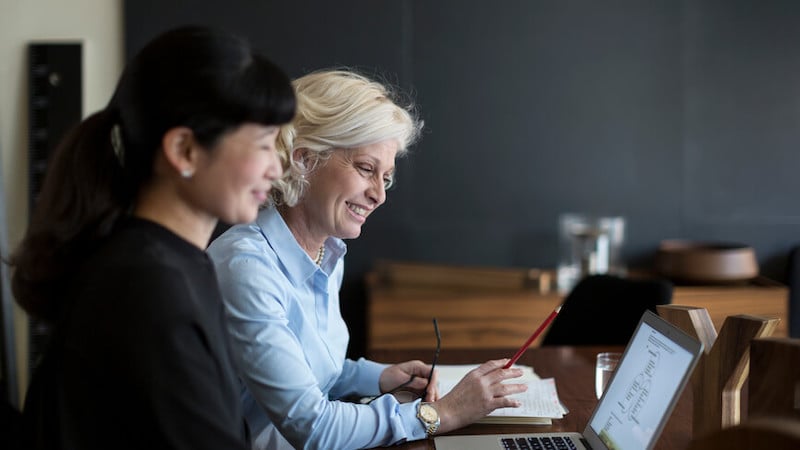 Just as important as curiosity is the role of active listening. Active listening ensures people feel valued and that they can contribute to the team. Ideas to improve listening include:

If a team member engages in undermining, shaming, or any behavior that discourages others from speaking up, don’t condone it. But also, don't ignore this behavior.

Intervene and share how such statements can impede creativity and innovation, including the sharing of concerns, ideas, and questions.

Anyone in a position of responsibility should set an example for the rest of the company. This is applicable from senior management, down to team leads and managers. If done properly, the set of behaviors should become a norm across the company.

You can't expect team members to perform a certain way or feel safe if you don't lead by example. This means apologizing when you make a mistake, demonstrating considerate communication, showing empathy, and asking for help when you need it.

According to Edmondson, leaders owning their vulnerability and fallibility is a mark of true strength. It shows a willingness to improve, and a recipe for encouraging open and honest feedback. When leaders acknowledge their own fallibility, it allows the team and the organization to learn and improve.

Importantly, it creates space for others to admit their own and models that ownership of mistakes is valued by the company.

This is even truer when it comes to remote work (in addition to online tools like polls, votes, and yes/no buttons).

5. Foster an open conversation (with a growth mindset)

Pay attention to how teams operate. Is everyone given an opportunity to speak up? Are some more silent than others? Work to foster equal speaking time for everyone.

Use ice breakers and calm environments to quickly get over any awkwardness or tension. Consider having company outings or virtual hangouts so team members can feel free to let their guard down and be themselves.

This is also a great time to get to know each other on a deeper level.

In order to break free of judgment and strengthen the relationship between team members, it’s important to have an open mindset. Often we look at things from our own lens, but approaching them from a different angle can help bring perspective. In order to develop an open mindset at the workplace:

6. Empower from a place of privilege

Examples of this include highlighting team members’ accomplishments among others. Recommend underrepresented team members for high visibility assignments and projects. Sustained visible support is equally important.

Creating an environment of psychological safety takes self-awareness and a commitment to learning new behaviors. But the tradeoff is more than worth it — and necessary.

Beyond the obvious advantages of avoiding groupthink and creating an efficient team, dedicated resources will help. This helps to establishing the behaviors that lend themselves to psychological safety. By doing you, you'll retain talented female teammates who deserve to have their seats at the table.

Long-term, your entire organization will benefit.

How team members can promote psychological safety at work

Psychological safety doesn't just come from the top. Team members need to take responsibility for creating a better environment for each other. 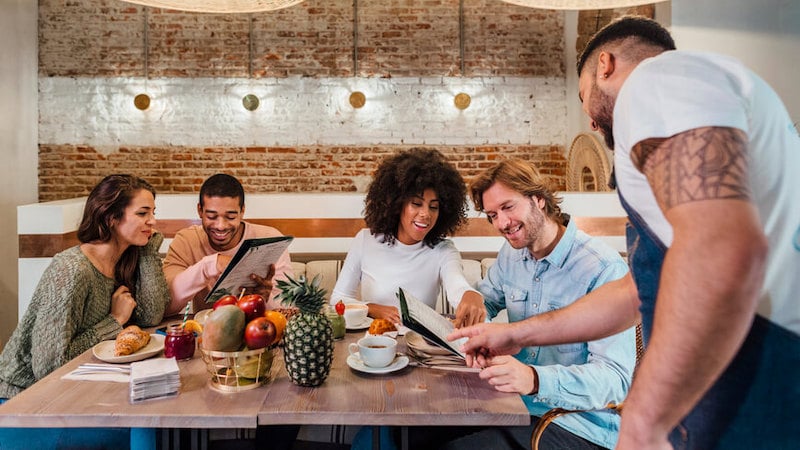 How to foster psychological safety in a virtual workplace

In this virtual world, you may feel like it’s harder to measure psychological safety. The pandemic forced many organizations to move their workforce remote. And even if members of a team are transitioning to hybrid work, it's likely virtual work is here to stay.

After all, meetings are all on Zoom. Communication is largely email, Slack, or other messaging platforms. And it can be difficult to gauge things like body language. You also miss out on those ad-hoc, one-off conversations or check-ins that you may traditionally have in the break room.

That’s OK. There are still ways you can foster psychological safety in a virtual workplace.

How to know if your employees feel safe

While many managers may not recognize the importance of psychological safety for effective teamwork or problem solving, not too many team leaders these days would say that they are actively trying to create an environment that feels unsafe.

In some work cultures, toughness, aggressive challenging, or the ability to roll with the punches are valued. The idea that some team members don't feel safe might be seen as their own problem, a lack of fit.

What these leaders might miss is how no one on the team feels psychologically safe, even those who fit in with the group. And that lack of psychological safety might be costing the team and the organization.

When team members don't feel safe, they adjust their behaviors and responses and create a less effective team. If everyone in the team is doing it, the team leader may not realize how much disengagement and unproductive behavior has taken root.

So how can a manager or leader tell if their team members feel safe? We can take a cue from how researchers measure psychological safety:

Your organization should be a workplace for learning, innovation, and growth. That learning and growth hinges on interpersonal trust, self-awareness, and psychological safety.

Psychological safety shouldn’t be a "nice to have" job perk. It should be a vital part of every company’s culture and future.

At the end of the day, the mark of a good company is its team members.

How to handle a lack of motivation at work

Work the motivation: 10 ways to keep your team inspired

How to create a culture of accountability in the workplace

A culture of accountability in the workplace can boost employee engagement and team morale. Learn how to foster accountability at your organization. Read More
Professional Development
14 min read | January 13, 2022

Take the initiative: A how-to guide in 10 steps

Learning how to take initiative in your workplace makes you a proactive team member that everyone wants to work with. Read these 10 steps to start today. Read More
Well-being
14 min read | March 22, 2022

Grey rocking: Why this approach works for a minute (and when it doesn't)

Learn what grey rocking is and why you might use this technique for managing toxic behaviors in life and the workplace. It has its limitations. Read More
Culture
17 min read | March 14, 2022

Why is authenticity at work so hard? 5 ways to be more authentic

What does it mean to be authentic at work? Find out ways your leadership can model authenticity at work — and why it matters. Read More