How to adopt more positive behaviors through negative reinforcement 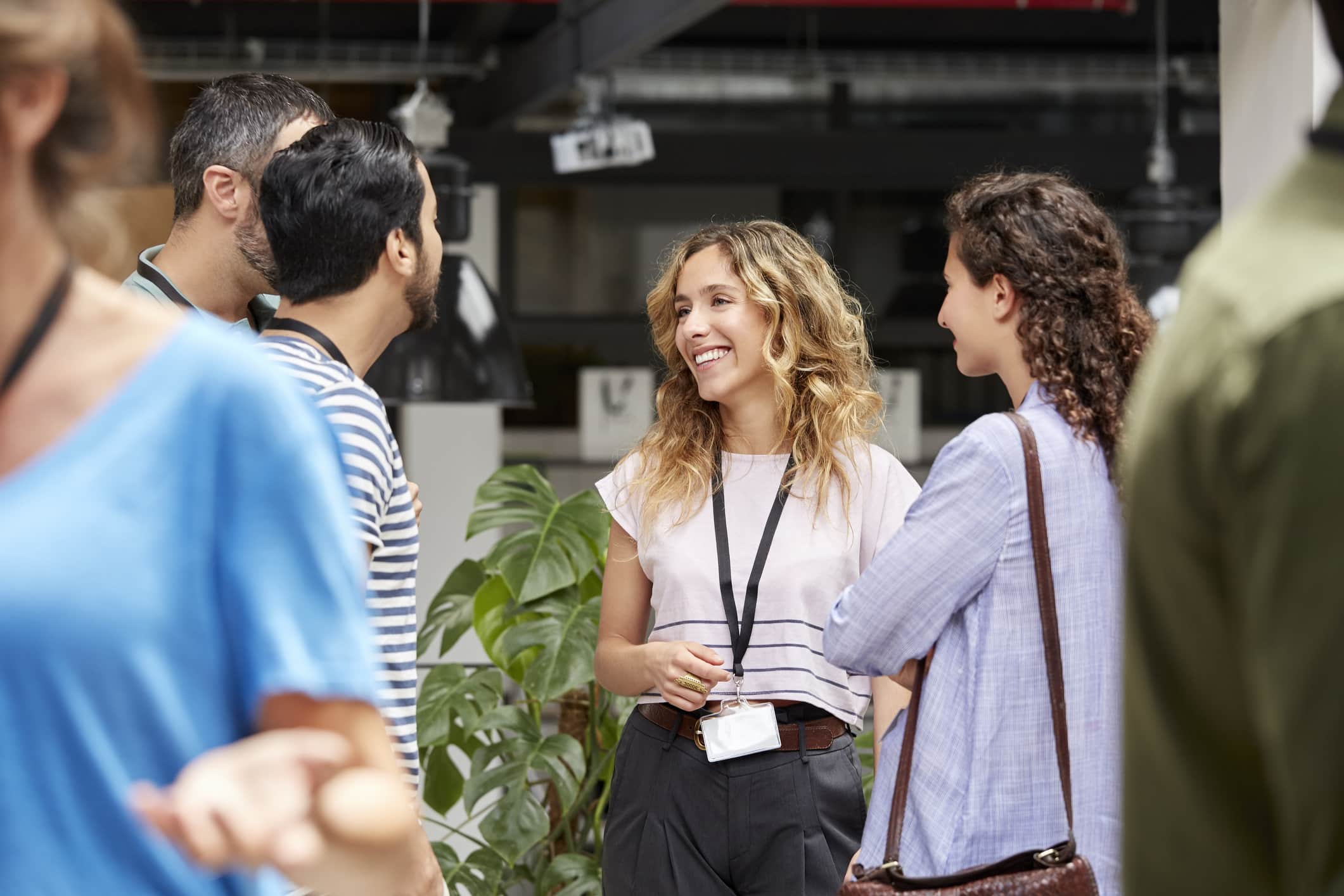 What is negative reinforcement and how does it work?

What is the difference between negative reinforcement and punishment?

When to use negative reinforcement

Think back to a day at the beach you spent at the beach. The waves crashing on the shore, salt seeping down from the air onto your tongue, the sunshine beating down, nice and hot. And the next thing you know, you’re slathering aloe vera onto an itchy sunburn, just like your mom warned you.

After that, you thought about sunscreen. When you go to the beach next time, you’ll dutifully remember to slather on heaps of sunscreen to avoid getting another burn.

This scenario is an example of negative reinforcement.

Many of us would automatically say that positive reinforcement, or being rewarded for good behavior, is the best way to encourage healthy habits to form. Research shows that, overall, positive reinforcement is often more effective, especially when accounting for the individual’s sense of agency, empathy, self-compassion, and ability to regulate and motivate themselves.

Child development and education research has yielded volumes on the variety of approaches that use one or the other form of reinforcement, often both.

But in some situations and done correctly, negative reinforcement can be effective. And beneficial. Think about a toddler continuously reaching out to touch the flickering flame of a candle. Douse the flame and the dangerous behavior stops. Sometimes an action or behavior needs to stop — quickly. It all depends on the individual and the situation.

In the following article, we’ll look at the circumstances that favor negative reinforcement, although only for adults. We’ll leave the children to their own experts.

What is negative reinforcement and how does it work?

Have you ever heard of Pavlov's dog? Or Skinner’s rat?

Russian physiologist Ivan Pavlov explored responses to certain stimuli or triggers. Pavlov hypothesized that dogs would salivate when they saw food because they knew it would taste good. Over time, he observed that the dogs would associate his approaching footsteps with food and began to salivate at that, too.

In the second case, American psychologist B.F. Skinner also studied behavioral responses, though his methods differed. Skinner put a rat in a box and exposed it to small electric shocks. The shocks would stop if the rat hit a lever inside the box. The rats learned to seek out the lever to stop the pain.

Both Pavlov and Skinner were interested in what is known today as operant conditioning or positive and negative reinforcement.

Negative reinforcement refers to a reaction to an event during which something is removed, terminated, reduced, or postponed. This ensures that the adverse behavior doesn’t continue — like forgetting to wear sunscreen.

Changing your behavior is tough, but at BetterUp, our coaches are here to provide the perspective and accountability you need to keep going. They can help you think through your approach to positive and negative reinforcement with your teams, families, and other relationships, too. If you’re willing to put in the work, we’ll support you every step of the way.

Aversive stimuli make us uncomfortable. When we perform a particular behavior to avoid this feeling, our brains see that action as a reward, and we’re more likely to do it again.

We respond to negative reinforcement every day, even if we don’t realize it. Below are some common examples of this: 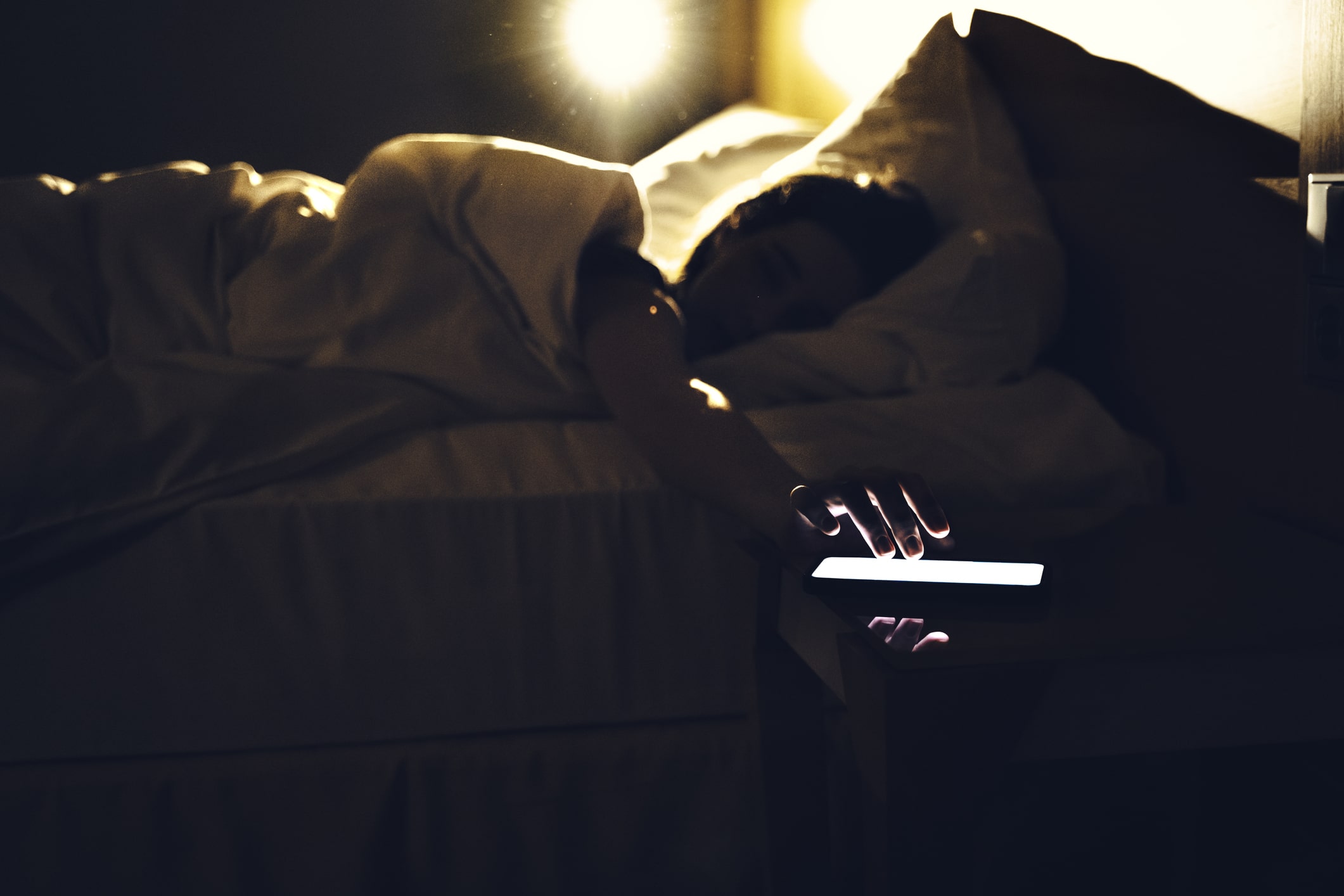 What is the difference between negative reinforcement and punishment?

It’s easy to mix up negative reinforcement and negative punishment, but they’re not the same.

Punishment is all about weakening or discouraging a behavior. For example, let’s say that Jack and Jill are constantly bickering, as siblings do. Jill calls her brother names, so her parents take away her favorite doll. Taking Jill's toy deters her bad behavior. Or does it? 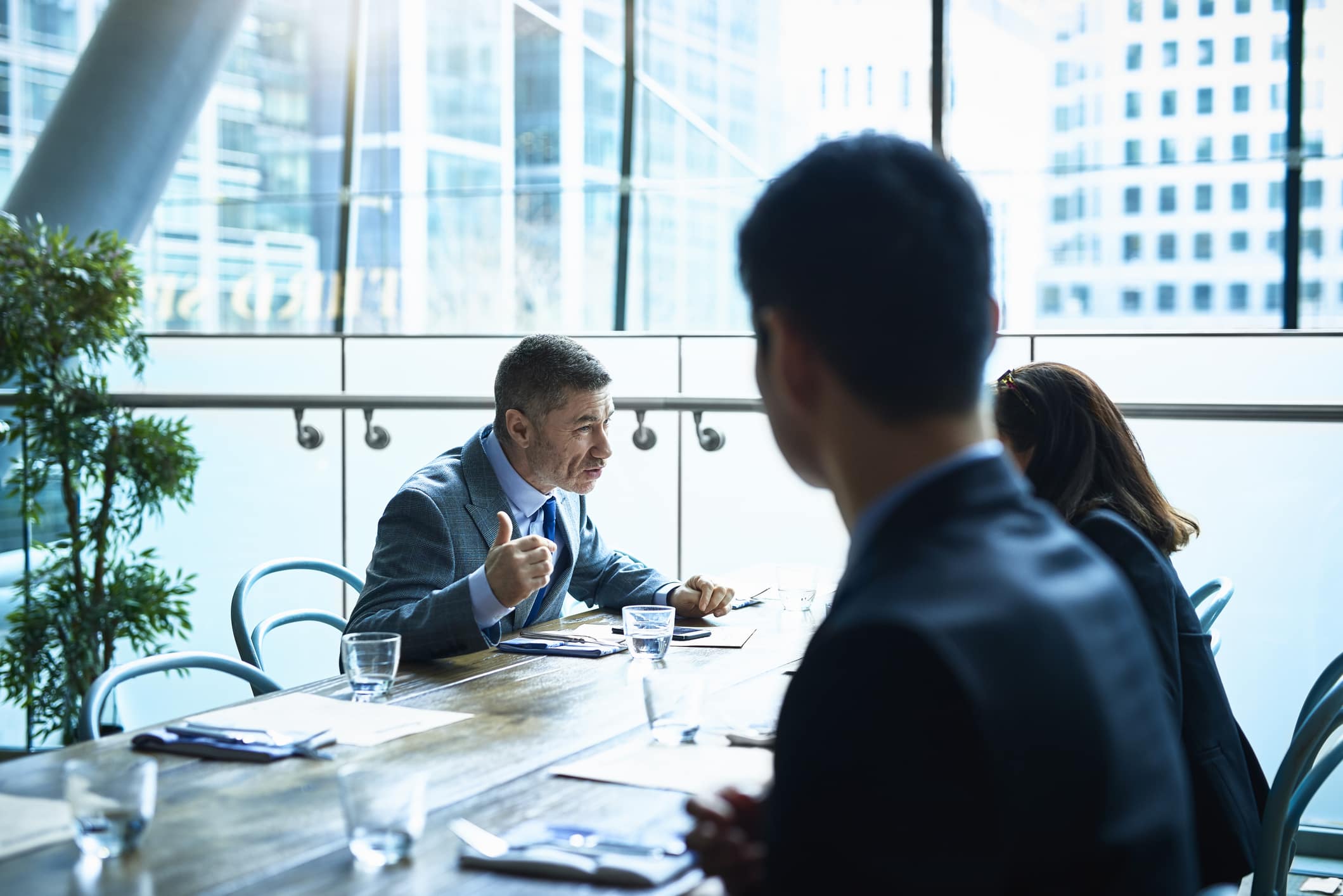 Both types of reinforcement aim to promote positive behavior.

Negative reinforcement relies on unpleasant stimuli, like your mom lecturing you about not doing your chores; positive reinforcement focuses on agreeable stimuli. If a child completes their homework and can watch an hour of their favorite TV show, it positively reinforces the completion of homework.

Both techniques are successful; it just depends on the method you choose.

When to use negative reinforcement 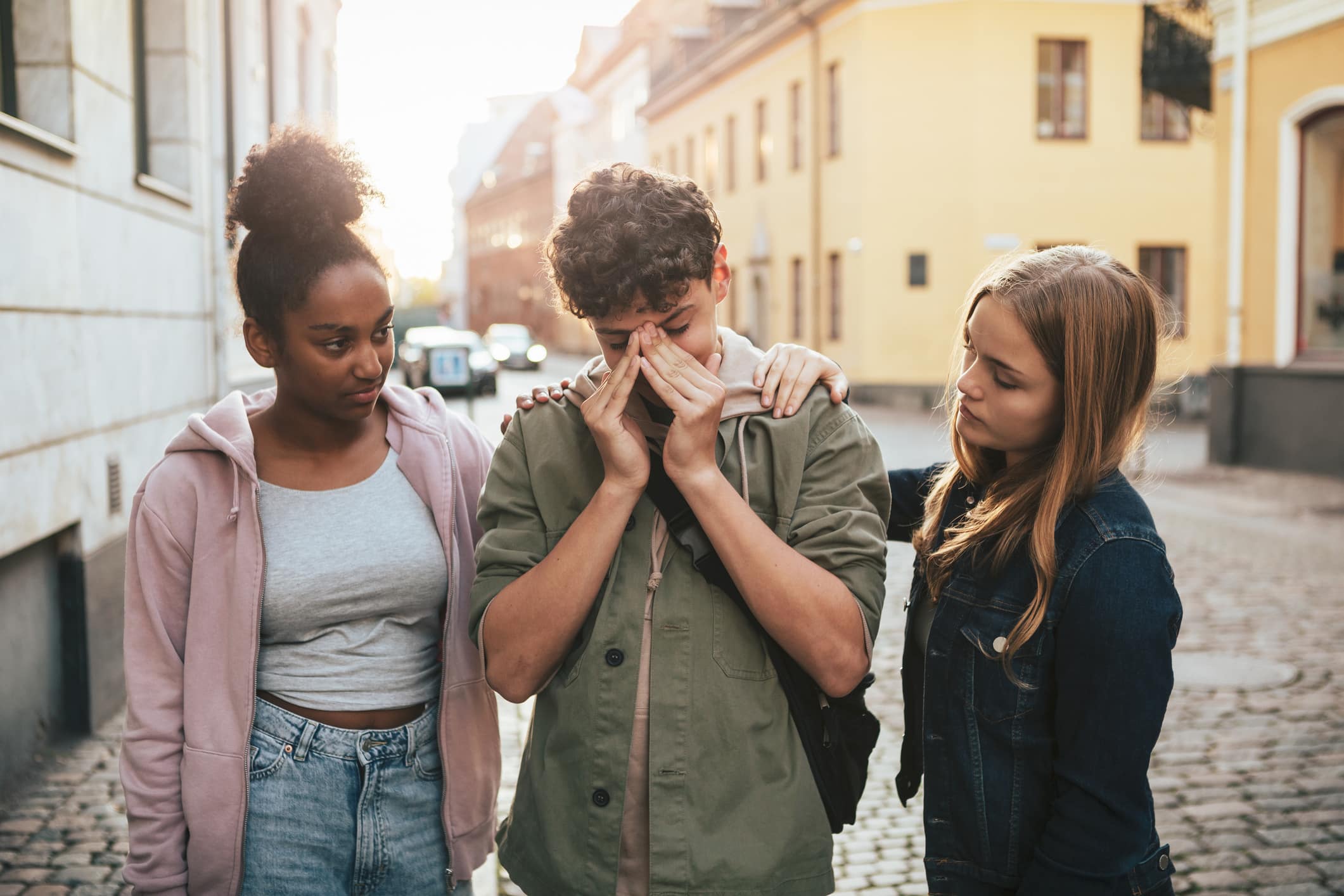 The frequency of reinforcement is important, but making adjustments depending on what motives or dissuades a person is too.

Negative reinforcement can be an effective tool to help improve one’s personal and professional development.

If you make a mistake at work, your boss likely reprimands you. But if you have to work late to double-check your work and fix the problem, you’re more likely to learn your lesson. Overcoming adversity and learning from your mistakes is a great way to drive your professional development and learn from the consequences of your actions.

This has become a popular method, but why?

The term “negative” can be misleading since it doesn't traditionally mean what most people think. Repetitiveness, or in other words, adhering to a schedule of reinforcement, and timing matter. These two aspects will ultimately decide whether a target behavior persists or not.

At BetterUp, we believe that everyone can achieve positive transformation in their own way. Bringing together AI technology and behavioral science expertise, our coaches strive to help every individual unlock their greater potential, purpose, and passion.

Our coaches are here to aid you in your growth by helping you balance a go-getter attitude and building sustainable habits that encourage hard work, self-directed learning, and cultivate leadership.

The best mental health podcasts to listen to any time

In March of 2020, a publicly traded global technology company with over 1 billion dollars in annual revenue engaged BetterUp. As a part of this study, 100 senior and... Read More
Research & Insights
9 min read | January 12, 2022

As we start a new year, we used language analysis to look back at how professional coaching has changed over the past three years Read More
Coaching
6 min read | July 21, 2020

With the help of corporate donors, our coaches and community, we have provided free access to the BetterUp platform to thousands of healthcare workers and educators since... Read More
Coaching
7 min read | February 9, 2022

New research from BetterUp demonstrates the effectiveness of coaching as a tool for supporting employee well-being and performance during times of rapid change and... Read More
Coaching
11 min read | December 30, 2022

Learn how to overcome laziness with these 5 tips

BetterUp Labs set out to understand how access to personalized support and leadership development through coaching may be relevant to the broader gender gap. Equal access to... Read More