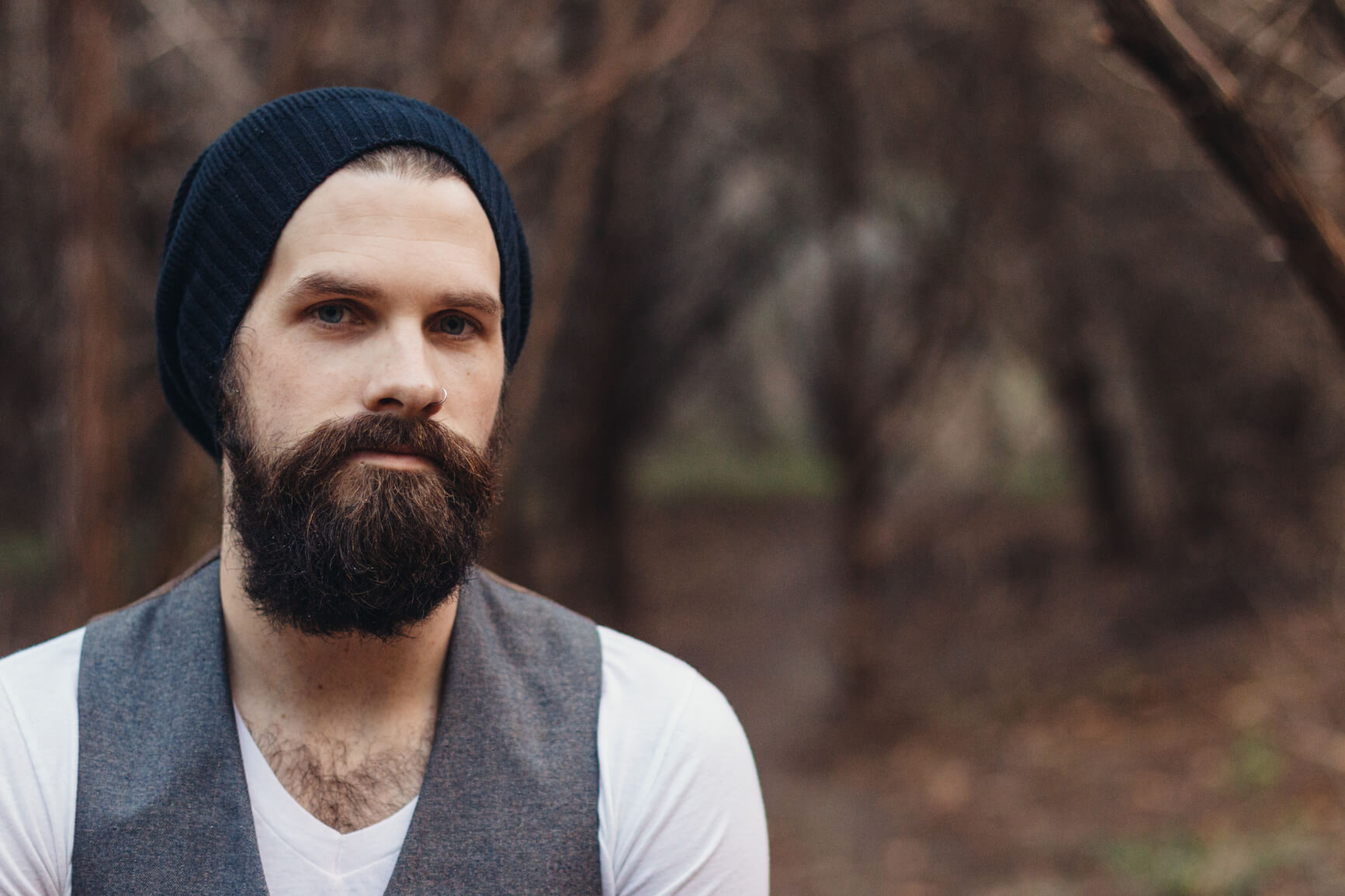 What is the locus of control, and why is it important?

What are the two types of locus of control?

What are examples of locus of control?

Do you have a more internal or external locus of control?

What do you feel when you’re suddenly faced with a tough challenge or obstacle? What thoughts go through your mind?

Do your thoughts go to how might overcome this challenge to achieve what you want? Or, do you wonder why this is happening to you or feel under attack? Do you feel paralyzed? Or, energized? Choiceless or determined?

Not everyone holds the same beliefs about what influences their actions and the outcomes of those actions. In psychology this concept is called locus of control.

What is the locus of control, and why is it important?

The concept of Locus of Control of Reinforcement was developed by Julian B. Rotter. He was an American psychologist who specialized in social learning theory. He first published a paper outlining the locus of control in 1966.

The idea of locus of control is simple. It states that behavior is guided by different types of reinforcements. Those reinforcements can be rewards or punishments.

Depending on what reinforcements someone lives through, people learn to believe different things about what causes their actions.

It’s easy to imagine how those two fundamentally different beliefs will change how someone views the world, their place in society, and how they act. These two beliefs are the two types of locus of control: internal and external.

What are the two types of locus of control?

Internal locus of control means that control comes from within. You have personal control over your own behavior.

When you have an internal locus of control, you believe you have personal agency over your own life and actions. Because of this, these people tend to have more self-efficacy.

If you succeed, you believe it’s because you did the right thing and put in the right amount of effort. If you experience failure, you’ll blame no one but yourself. You’ll believe that you could have changed the outcome if you’d worked harder or made different decisions.

Someone who has a lot of resilience and who also has an internal locus of control is likely to be driven toward success. Studies have shown that, in general, people who have this type of locus of control tend to be better off than those who don’t.

This is likely because people with an internal locus of control take responsibility and accountability for their actions. They have greater expectations for themselves because they don’t believe that luck will help them succeed. As a result, they tend to take control of their work, their personal goals, and anything else that’s important to them.

This means that having an internal drive related to your locus of control likely has nothing to do with your gender. It is more likely that it’s influenced by how a person experienced rewards and punishments as they grew up. 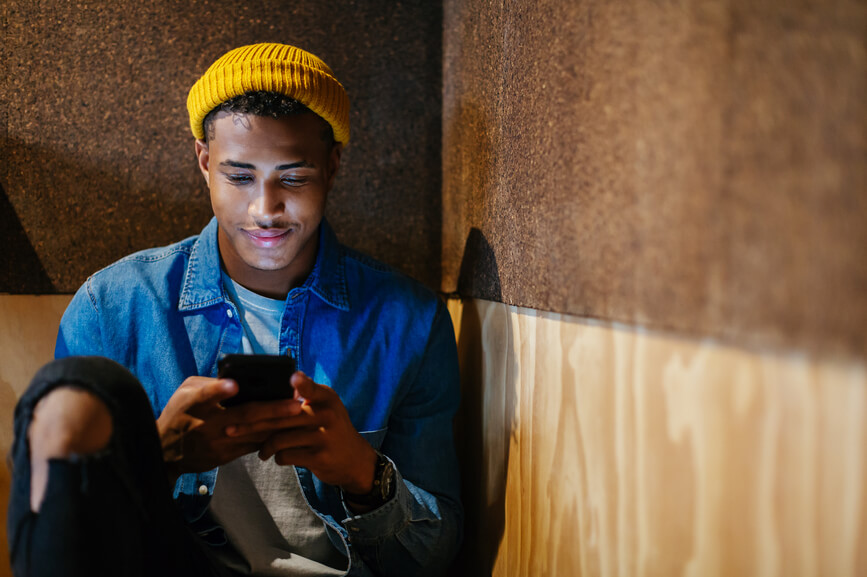 Of course, this doesn’t mean that only people with external control of reinforcement can commit offensive behavior.

What it suggests is that people who believe they are at the whim of external forces don't believe they have the power to control themselves. As a result, they don't try or don't take effective action to change their own behaviors.

A comparison of internal and external locus of control

Let’s compare the internal and external locus of control side by side and how they influence decision-making:

The role of locus of control in everyday life

Let’s explore what a locus of control looks like in work and everyday life.

It all depends on the context.

How a type of locus of control manifests itself will vastly depend on someone’s other personality traits.

For example, someone with a strong internal locus of control may be very direct and to the point. While this can make for clear communication in the workplace, it can also lead to a lack of tact. It can be easy to steamroll over others who are less direct.

Someone with a high internal locus of control may also find it difficult to delegate. Once they delegate, things are no longer under their control. Putting this much importance on control can also lead to burnout. Because they believe everything they want to achieve relies on them, the slope toward overworking can be slippery. This can take a toll on mental health and self-esteem.

On the other hand, there can be several positive aspects to having an external locus of control. For instance, these people may be more sensitive to their surroundings and more perceptive of others on the team, potentially making them better team players.

They’re also able to let go of things more easily. They can be happier because of that. Especially when it comes to letting go of external factors that really are beyond their control.

However, that "let go" attitude can be both good and bad. While it may lead to peace for some people, it can lead to apathy in others.

Even though both types have their individual differences, they can lead to similar outcomes in some cases. The important takeaway is that the types of locus of control aren’t all internal or all external, and not all good or bad.

What are examples of locus of control?

Let’s take a look at what different situations can look like depending on your locus of control.

First, imagine you’re changing careers. Do you have the self-determination to start looking for jobs and maximizing your resume? Or, do you wait for fate to line something up for you?

What if, one day, your neighbor got a new luxury car? Do you believe they got lucky and probably got handed all the right opportunities to afford this car? Or do you instead believe they’ve worked hard to finally be able to make that purchase? In this case, the former is an example of an external locus of control. 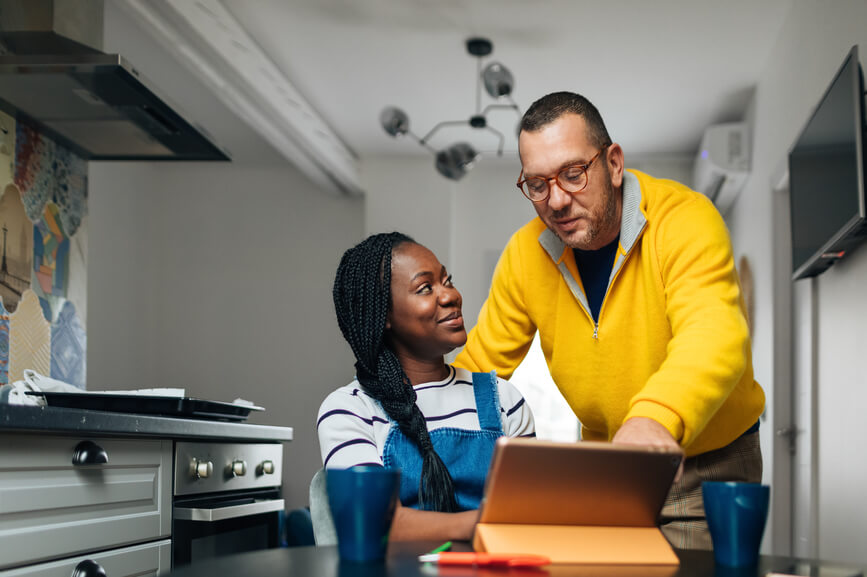 Do you have a more internal or external locus of control?

Not sure what type of locus of control you have? There are some predictors to help you figure it out. Find out what locus of control drives your motivation by checking out these characteristics.

Characteristics of an internal locus of control

Here are some examples of what you may believe if you have an internal locus of control:

Characteristics of an external locus of control

Here are some examples of what you may believe if you have an external locus of control: 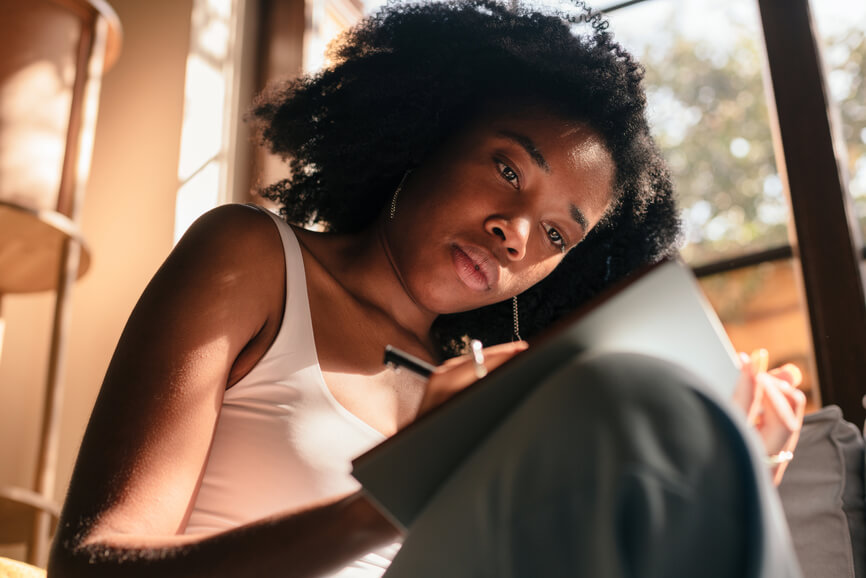 What if you identify with both types of locus of control?

The opposite is true as well. Someone with an external locus of control may believe that they have some agency in their lives — even if minimal.

Understand your own locus of control

When you understand what motivates your actions, it’s easier to create a plan of action to get where you want to go. In addition, research shows that a person's locus of control can affect their experience of stress and overall happiness. And, coaching can actually help shift your locus and improve your sense of agency.

No matter which type of locus of control drives your motivation, you can accelerate your personal growth with BetterUp. Learn more to see how you can improve your well-being and performance.

Feeling anxious doesn’t have to be a daily occurrence in your life. Learn about the symptoms, causes, and treatment for anxiety so you can control it. Read More
Well-being
12 min read | July 8, 2021

How to let go of control and free up some headspace

Learn about how to let go of control, why it's important to do so, and the art of surrendering. Plus, read a 5-step guide on how you can let things go. Read More
Well-being
17 min read | September 14, 2021

How not to lose sleep over your circadian rhythms

Your circadian rhythms control nearly every aspect of your physical and mental health, including your sleep cycles. Here’s everything you need to know. Read More
Productivity
19 min read | February 15, 2022

The Pomodoro Technique: How a break can improve productivity and well-being

How coping mechanisms help us manage difficult emotions and situations

You can't control everything, but you can control how you cope. Learn how coping mechanisms work, and try these strategies to manage difficult emotions. Read More
Well-being
19 min read | April 14, 2022

Starting over in life: 7 steps to build the life you want

Starting over in life can feel daunting but it's not too late. Use this guide to start regaining control of your life with these 7 steps. Read More
Research & Insights
13 min read | August 22, 2022

If your employees are struggling with change, it's time to examine locus of control. Dig into the data behind coaching and control — and why it matters. Read More
Diversity & Inclusion
13 min read | August 29, 2022

For true inclusion and belonging, focus on the locus

Research shows inclusion is a predictor of whether DEIB investments will drive results, for your employees and your bottom line. Individual sense of control matters. Read More
Productivity
14 min read | October 12, 2022

Eliminate distractions at work for your most productive day yet

Is your workday full of interruptions? Learning how to avoid distractions can help you regain control of your schedule. Read More