What is learned helplessness, and how do you 'unlearn' it? 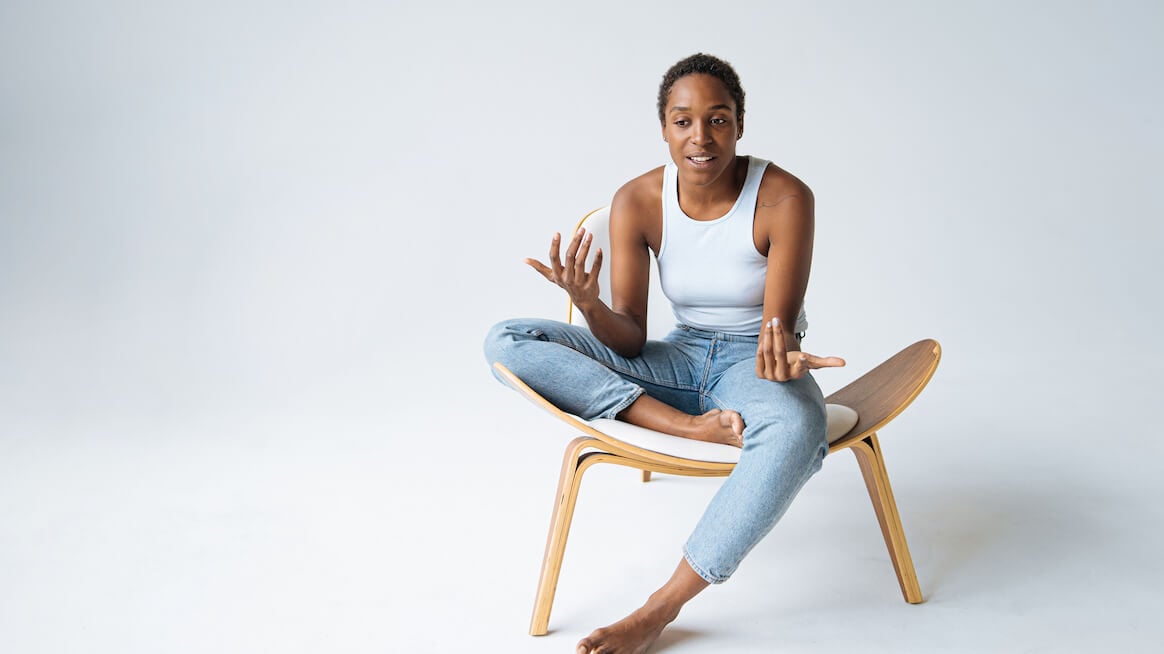 What is learned helplessness?

What is learned helplessness?

Learned helplessness is what social science researchers call it when a person is unable to find resolutions to difficult situations — even when a solution is accessible. People that struggle with learned helplessness tend to complain a lot, feeling overwhelmed and incapable of making any positive difference in their circumstances.

In 1967, Martin Seligman and his partner, Steven Maier, were researching animal behavior when they accidentally discovered the learned helplessness theory. They found that the dogs who had been exposed to a series of inescapable shocks stopped trying to get away from the electric shocks altogether.

When Seligman and Maier tried this experiment with human beings (replacing the shocks with loud noises), they found that people had a similar reaction. The ones that couldn’t control the noise in the first experiment didn’t even bother trying to control it in subsequent trials — even though the aversive stimulus was now escapable.

This research led to a new understanding of trauma. People that experience repeated abuse and other aversive situations eventually learn to become helpless if nothing they do changes it. It’s as if they internalize that since nothing worked in that situation, nothing will work in similar situations, either. The trauma begins to erode two other critical aspects of mental well-being — self-efficacy and internal locus of control.

Self-efficacy is your level of confidence that you can tackle challenges and learn new skills. Internal locus of control is the degree to which you believe your circumstances are under your control. When these two traits are high, you feel confident and empowered, even when things get tough. Stressors seem controllable, and you know that you can trust yourself to do your best.

When learned helplessness takes over, though, you don’t feel so sure of your ability to handle challenges. You don’t believe that what you do makes a difference, and that makes it hard to see a way out — let alone a silver lining.

It’s possible to have learned helplessness in some areas of your life but not in others. For example, a person could be doing well at work but have a hard time setting boundaries with their parents. However, since life doesn’t fit well in boxes, each area eventually begins to influence every other.

With learned helplessness, people feel badly about themselves and doubt their ability to accomplish even the smallest task.

Because they feel like everything is outside of their control, people dealing with learned helplessness have very low frustration tolerance. They get easily overwhelmed or flustered when working on projects or dealing with people.

Having an attitude of “Bad things just happen to me” saps away all desire to try to change things. People with this outlook don’t put much effort into trying to avoid difficulty or improve their odds of success.

Learned helplessness can lead to procrastination and decision avoidance. People often won’t try to complete projects or tasks, assuming that nothing — or nothing good — will happen if they try.

Even when they do start working on something, they give up relatively quickly. Learned helplessness causes trouble with follow-through and can make even the smallest bumps in the road seem intolerable. 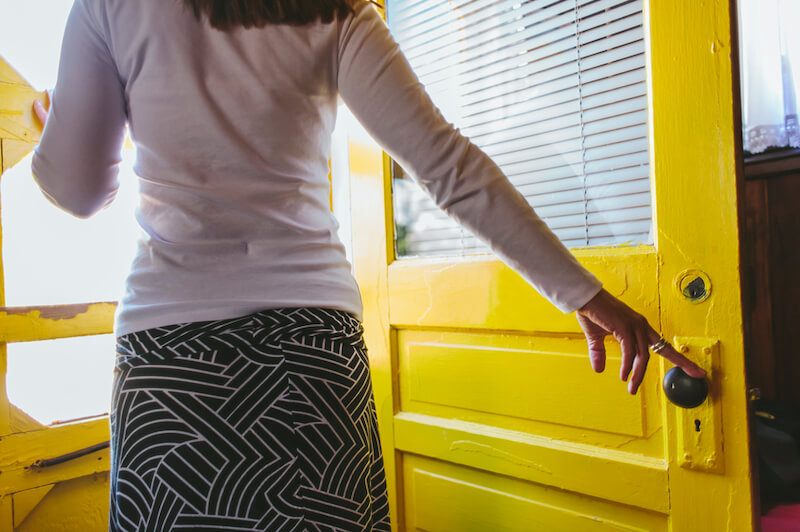 Learned helplessness isn’t in the DSM, so it’s not technically a mental health condition. You can’t be diagnosed with it. Rather, learned helplessness could be considered a thought disorder, like all-or-nothing thinking or distortions. It’s a problematic pattern of thinking that leads to maladaptive behavior.

While it’s not a standalone disorder, learned helplessness can feature in — or exacerbate — other mental health conditions. It has been commonly linked to anxiety, depression, phobias, and loneliness. Several symptoms of learned helplessness, such as low motivation, feeling a lack of control, and low self-esteem overlap with depression and anxiety.

For example, if someone’s feeling nervous while preparing for an important exam, they may adopt one of the following viewpoints:

Helpful: This test is hard, so I’ll make a study plan and ask others for advice.

Unhelpful: This test is hard, so I’ll probably fail it no matter what I do.

If they get a negative result, they might respond in one of two ways:

Helpful: The material was challenging, but now I know what to expect and how to study.

Unhelpful: I knew I wasn’t going to pass, and now I feel stupid. This was a waste of my time — there's no point in taking this test again.

With helpful thoughts, the person is in a better position to take action. They’re able to look back critically and learn from what happened, which aids problem solving. Negative thought patterns, however, have a sneaky way of leaving us feeling helpless. When everything is out of our control or someone else’s fault, there’s not much point in learning and trying again.

People with depression and anxiety tend to have distorted, negative thinking. It’s one of the reasons cognitive behavioral therapy (CBT) is so effective for mood disorders. Distorted thought patterns make it more likely that a person will attribute negative outcomes to themselves or something outside of their control. And — as you can imagine — this is pretty disastrous for self-esteem.

In some cases, overparenting (think: helicopter parents) can lead to learned helplessness in adulthood. Children who become overly dependent on their parents may develop a fear that they will fail without support. As painful as it can be to watch, children need to go through the routine failures of growing up that teach them to problem-solve, deal with disappointment, and build resilience.

It's worth mentioning that neglect and trauma in childhood is also a risk factor for learned helplessness. Psychologist Erik Erikson famously outlined trust and mistrust as a critical, foundational stage for healthy development. Children who come from abusive backgrounds risk internalizing the world as inherently untrustworthy. If they feel that the people around them can't be trusted to care for them, they may grow up thinking that bad things will happen to them no matter what they do.

Ideally, parents can provide support as children learn to navigate the world on their own. Even though the child might experience failures, the parents can reinforce strategies, help them learn, and bolster their self-esteem as they grow.

What is adult entitled dependence?

Adults who are unable to be independent and self-sufficient are often struggling with some variation of learned helplessness. The reasons for this aren’t always clear. It may be that the parents were over-eager to help, and as a result their adult child is completely dependent on them.

In some cases, the opposite may be true. A child that was neglected may rationalize that their trauma is holding them back from independence and successful adulthood. Researchers have coined the term adult entitled dependence (AED) to describe adult children who are uninterested in pursuing higher education or careers. 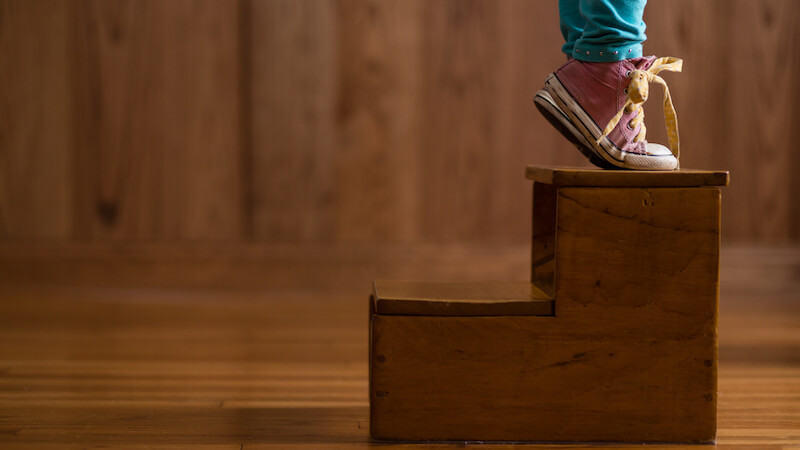 In his course on positive psychology at the University of Pennsylvania, Martin Seligman shares a little-known anecdote from the original learned helplessness experiments. While a certain percentage of people predictably became helpless in the face of uncontrollable events, some people — about 10% — seemed immune to the effect. “These people,” Seligman recalled, “couldn’t be made helpless no matter what.”

We can learn a lot from these resilient people. What is it about this “no matter what attitude'' that makes people immune to learned helplessness?

As the neuroscience indicates, our brains are wired to panic under pressure (hello, fight-or-flight response). However, Maier discovered that there is a part of the brain that jumps in to regulate this response when it assesses that the situation is under control. With learned helplessness, that controllability mechanism never kicks in. You don’t perceive that you’re in control, and so, paradoxically, you’re less able to exert control.

Seligman also identified another component of the equation — learned optimism. It’s essentially the polar opposite of learned helplessness, where you internalize a sense of hopelessness about your circumstances. With learned optimism, you begin to challenge your thought processes — and as a result, change your behaviors and outcomes.

Cognitive behavioral therapy is another excellent way to work through distorted thinking. Working with a clinician, patients learn how to identify problematic thoughts and take them to trial. By challenging these thoughts, people can become more optimistic, better able to create solutions, and better able to manage stress.

People also find that working with a coach helps them challenge unhelpful thought patterns. Coaches (and therapists) are skilled at asking questions that get at the heart of where these thoughts are coming from. With practice, you can recognize and interrupt the thoughts, redirecting and replacing them with new ones.

Finally, you can start to build your evidence for the best possible outcome. Self-efficacy is cultivated by building four main pillars — positive thoughts, vicarious exposure, affirmation, and mastery experiences.

You can build mastery in anything. Choose something that interests you and get good at it. As you start to build your confidence in kickboxing, writing, baking, or even a new video game, the effects will ripple into every area of your life.

Learned helplessness can affect your life in all sorts of ways — none of which are particularly encouraging. The good news is that it is possible to “unlearn” learned helplessness. Working with someone who can help you recognize these patterns can be a huge step forward in learning something new.

Boost energy and motivation (and maybe change your life) — 19 moves

Feeling drained? Learning how to increase your energy and motivation is important. Here are 7 reasons why you may feel sluggish and strategies to help. Read More
Well-being
14 min read | January 26, 2021

Spiritual wellness helps you live a meaningful life connected to your core values, beliefs, and morals. Learn how you can improve your spiritual wellness. Read More
Well-being
13 min read | August 12, 2021

Does talking about holistic wellness make you feel silly? It’s a thing, we promise. Learn the 7 components and their importance for overall health. Read More
Well-being
10 min read | October 8, 2021

Supporting your employees' mental health may be the key to increased productivity, innovation, and retention. Learn why it matters and where you can start. Read More
Well-being
20 min read | August 23, 2021

Seeking help for your mental health is brave. And beneficial

Seeking help is never something to be ashamed of. Learn how, where, and why seeking help for your mental health is important and supports mental fitness. Read More
Well-being
11 min read | December 23, 2021

Men’s mental health: Why resilience is bigger than invulnerability

Being strong and tough is good, but men can be - and are - much more than that. Learn about the stigma around men's mental health & what we can do to help. Read More
Well-being
15 min read | February 15, 2021

What is social well-being? Definition, types, and how to achieve it

Social well-being is a critical component of overall wellness. Learn what it is, and how to achieve it, and explore some examples. Read More
Well-being
19 min read | June 15, 2021

How to overcome fear and anxiety, these 7 steps can help

Learning how to overcome fear and anxiety is crucial to our overall well-being and mental fitness. Here are 7 tips that can help you with these feelings. Read More
Well-being
13 min read | November 29, 2021

Understanding grief therapy: When grieving becomes too much to handle

Losing a loved one is hard enough, but prolonged grief can stop your healing in its tracks. Learn about grief therapy and how it helps you cope with loss. Read More