What is transgenerational trauma, and how does it affect our families? 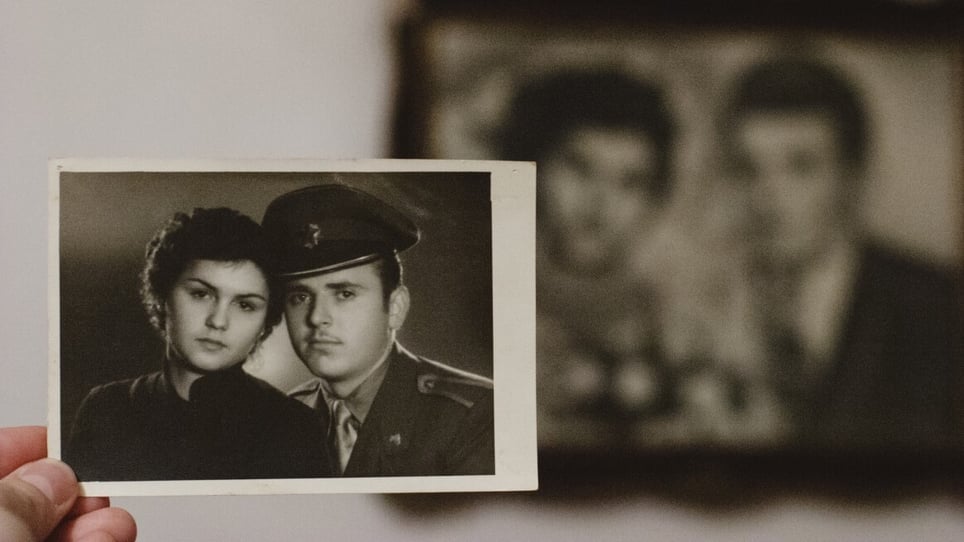 What is transgenerational trauma?

Who is affected by transgenerational trauma?

How are intergenerational and historical trauma different?

Ending the cycle of transgenerational trauma

We know that our parent’s experiences make them who they are, and in turn, they make us who we are. But as it turns out, there's a biological and psychological component to how this happens. This phenomenon is known as transgenerational trauma.

Without treatment, transgenerational trauma can continue to affect us, passing triggers from parent to child for generations. Let’s delve into exactly what intergenerational and historical trauma is, who is most likely to be affected, and why it’s so important to get treatment.

What is transgenerational trauma?

Transgenerational trauma is when the experiences of parents affect the development of their children — and sometimes even their grandchildren. Also known as intergenerational trauma, it can show up biologically, socially, mentally, or emotionally.

While researchers don't fully understand multigenerational trauma, it seems that it changes not only the way parents raise and relate to their children, but how certain genes are expressed in future generations.

It's related to the biological study of epigenetics, which was first formalized as a field of research in the early 19th century. Epigenetics studies changes in the traits that are passed from one generation to the next that aren’t the result of changes in DNA.

In a notable study, mice were exposed to a certain smell, followed by an electric shock. These mice “passed down” the fear of the smell to their children and grandchildren, even when the next generation had never been exposed to it.

It makes sense that we’d transfer the experiences that we’ve had to our children in this way. The biological impulse to survive and protect our offspring is a strong one, and this type of transgenerational effect makes a certain kind of evolutionary sense.

However, trouble arises, as always, when a useful biological impulse begins to interfere with our everyday lives — especially when you’re not aware of where it came from.

Who is affected by transgenerational trauma?

A person doesn't need to directly experience trauma in order to be affected by it generationally. Transgenerational trauma has been identified in the descendants of slaves, refugees, and children of Holocaust survivors.

Anyone related to someone with the traumatic experience — whether in the same generation, immediate family, or subsequent generations — can experience symptoms. And if future generations don’t become aware of, process, and fully heal from the trauma, the cycle could continue without an end in sight.

How are intergenerational and historical trauma different?

Historical trauma isn't quite the same as transgenerational trauma — although it is related. Historical trauma results from the collective experience of a community or generation, such as genocide, economic depression, or war.

Often related to collective trauma, the affected community might internalize the trauma as part of the group identity. Acknowledging the depth and seriousness of the traumatic event makes it possible to pursue treatment, but comes with the risk of being unable to separate the past from your present experience.

In many cases, generational and historical trauma are related. For example, the Armenian Genocide in the early 20th century went largely unrecognized by the Turkish government. As a result, studies indicate that Armenians tend to prefer care from Armenian mental health professionals.

This is consistent with findings in the Black community, where people tend to prefer working with Black healthcare providers. Systemic racism and over-policing cause African-American families to raise their children differently, have different conversations, behave differently, and even dress differently due to the fear passed from generation to generation.

Mental health care is dependent on trust and safety, and having to justify your trauma erodes the relationship. It can have the effect of drawing the community closer, but the legacy of trauma is the glue. Even if they've never experienced the shock, they've learned to be afraid of it.

To put it simply, transgenerational trauma starts when a parent (or future parent) is traumatized. If a parent experiences an incredibly intense event — starvation, genocide, forced migration — their stress response can be passed down to their children.

While this is a fairly straightforward explanation, it doesn’t tell the full story.

How is transgenerational trauma passed down?

Researchers are still discussing what exactly causes the intergenerational transmission of trauma. Throughout history, it’s been difficult to pinpoint what’s behind any kind of complex trauma, and this is no different.

That said, there have been a few important studies conducted on the intergenerational effects of trauma. The following are two of the most prevalent explanations for how trauma is passed down through generations.

It’s been tough for researchers to study epigenetic causes of transgenerational trauma, mainly due to limited sample populations. However, looking at animal behavior has begun to show us that environmental adversity (AKA, trauma) can be linked to molecular changes in offspring.

For example, one study showed that cortisol (the stress hormone) was less reactive in the children of mothers who experienced childhood trauma. And for infants of the same abused mothers, baseline cortisol levels were found to be unusually low — a common symptom of PTSD.

Transgenerational trauma doesn’t just occur at the biological level — in fact, researchers have made it clear that in order to fully understand this phenomenon, we must take a multidimensional approach.

This includes understanding the influence of psychological transference. Basically, this refers to the way that a parent with unresolved trauma and/or unhealthy coping mechanisms interacts with their child.

For example, in one study of families impacted by the 1938 Dersim massacre,  researchers found PTSD symptoms in all three generations studied — even though only the first generation directly experienced the trauma. Through interviews with the subjects, the researchers discovered that the older generation was passing down their reaction to the trauma.

Instead of simply sharing the memory, the generation that experienced the massacre continually reinforced trauma reactions through stories, behaviors, and attitudes. Instead of moving forward in time, not forgetting had become a “familial mission” and responsibility. This caused the younger generation to experience their own symptoms of PTSD.

Understanding this kind of trauma in the abstract can be tough. Examples can make concept concrete and help you measure the impact of transgenerational trauma in your own life.

Some tragedies and crimes that often result in intergenerational trauma include:

There is some evidence indicating that transgenerational trauma is a unique type of post-traumatic stress disorder (PTSD). In fact, the family members that experienced the event often display PTSD symptoms, which can affect how they handle stressors and relate as caregivers.

For a clinician to diagnose post-traumatic stress disorder, however, the person must have directly witnessed or experienced the trauma. In cases of intergenerational trauma, symptoms are a result of both genetics and socialization — and can be seen at all ages, from toddlers and adolescents to adults.

The symptoms and effects of intergenerational trauma include: 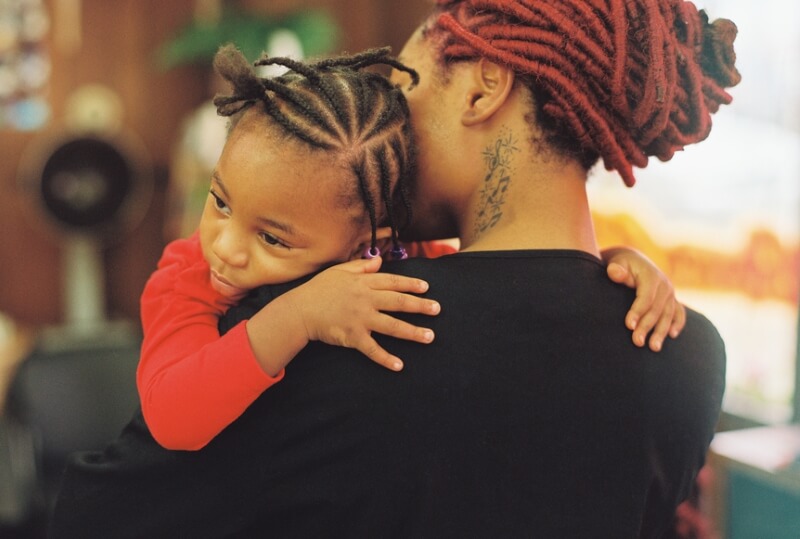 Ending the cycle of transgenerational trauma

As hard as we try to protect our children from painful or dangerous experiences, what happens is ultimately out of our control. That said, we need to learn to see the difference between real threats and times when we are projecting our own triggers

It's important to realize that our past experiences inform who we are and — as a result — how we relate to our children, whether we like it or not.

That's why it's critical to do Inner Work. By looking inward, we can become more aware of our own triggers and how our experiences impact our parenting. If you see the symptoms in the section above in you or your children, it may be time to make that Inner Work a priority.

Surviving trauma doesn't make you a bad parent. It also doesn't mean that you're destined to pass your traumas to your children.

Sometimes, the best thing we can do for our kids is to show them that overcoming adversity is possible. Getting treatment for the entire family can help stop the cycle of transgenerational trauma.

Treatment of transgenerational trauma can be complex. It's a disorder that's only recently beginning to be understood, with biological, psychological, and cultural implications.

Often, treatment involves both the family system and reinforcing the person’s feeling of safety. To do this, it's necessary to identify and unroot core beliefs that lead to feeling fearful.

More so than any other mental health condition, intergenerational trauma has a compounding, exponential effect on families and their well-being. Because of that, stopping the transgenerational transmission of trauma is critical.

In order to do so, it takes awareness, courage, and support. Both the trauma survivors and their children benefit from family therapy and treatment. It can be difficult to face cultural trauma head-on, but it's a vital part of moving forward.

Stress is a normal response, but what happens when it gets out of control? Learn what anxiety is, what causes it, and how to manage it in day-to-day life. Read More
Well-being
11 min read | September 24, 2021

How EMDR therapy holds the promise to make trauma go away

Dealing with trauma? EMDR is a relatively new therapy that may help — but what is EMDR therapy, how does it work, and can it really make trauma disappear? Read More
Well-being
16 min read | October 22, 2021

The unspoken truth about trauma: How it truly affects your life

We all have an idea of what a traumatic experience can look like. However, it is difficult to grasp how trauma can affect our lives. Read More
Well-being
19 min read | September 30, 2022

Collective trauma occurs when an entire generation lives through a traumatic event, together. Learn what the effects of this are and how communities heal. Read More
Well-being
14 min read | March 29, 2022

Read on to learn four treatment strategies for post-traumatic stress disorder (PTSD). Find out how you can get help — for you or a loved one. Read More
Well-being
20 min read | December 29, 2021

Childhood trauma is more common than you may think. Find out how you can identify symptoms — and start healing. Read More
Well-being
19 min read | August 31, 2022

The stages of life range from infancy to late adulthood, and understanding them can help us process change as it happens. Learn what the 8 stages are here. Read More
Well-being
17 min read | October 24, 2022

Cognitive dissonance happens when our actions misalign with our personal values, leading to stress and discomfort. Learn its causes and how to reduce it. Read More
Employee Experience
23 min read | January 20, 2023

Trauma in the workplace: what it is and 5 ways leadership can help

Trauma in the workplace can be difficult to spot – especially in remote workers. Here are 9 signs to look out for and ways to manage it. Read More