There are certain experiences that define a generation. People are bound by more than just the year that they were born. When we experience things together — whether positive or negative — we’re bound by the shared memory of that experience.

For the generations that lived through events so devastating that they defined an era, there is a shared psychological experience. It’s known as collective trauma. And looking at society’s responses to past traumatic experiences can help us understand how our lives — and our outlooks — will shift as a result of the COVID-19 pandemic.

Collective trauma is the psychological distress that a group — usually an entire culture, community, or other large group of people — experience in response to a shared trauma. In order to impact the entire group, such traumas are usually devastating in their scope and impact.

According to a 2018 study published in Frontiers in Psychology, the collective processing of shared trauma is a “dynamic social psychological process that is primarily dedicated to the construction of meaning.” In other words, it’s constructed from people’s attempts to make sense of and contextualize the traumatic event.

The good news is that we can choose to see challenges as an opportunity to grow and change. Just as we can reframe adversity on an individual level, communities that show adaptability and resilience can grow in the face of overwhelming odds.

Any adverse event that is experienced, witnessed by, or affects a large group of people can cause collective trauma. Moreover, these events often have an impact on society as well. Such experiences are often the catalyst for changes in policy, national sentiment, and even trickle down to decisions as personal as whether or not to have kids.

Some of these events include: 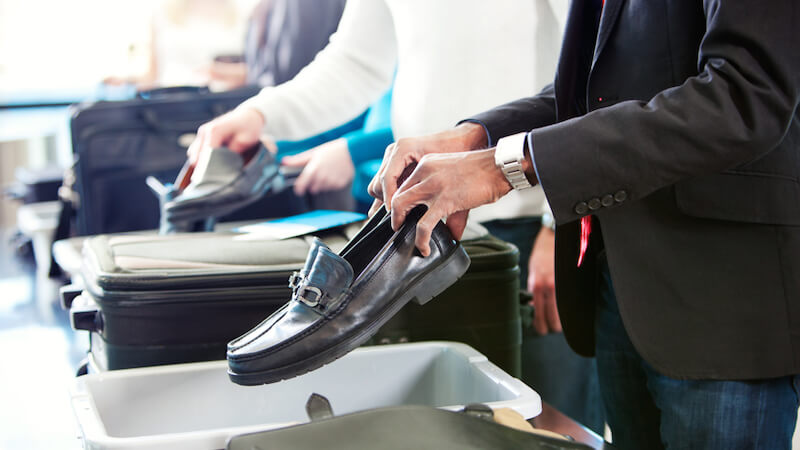 The idea of growing through collective trauma can be difficult to understand in the abstract. It’s helpful to look at real past examples of history-defining events.

Starting with the famous Black Tuesday market crash, the Great Depression of the 1930s was the most severe in modern American history. Many of us are keenly aware of the psychological impact that this experience left on our grandparents and great-grandparents. “Depression-era children,” as they’re often called, are famously concerned with stability — but they’re also resourceful and resilient.

The persecution and genocide that the Jewish population faced at the hands of the Nazi party left an impact that lasted generations. Research on Holocaust survivors found that symptoms of post-traumatic stress disorder (PTSD) and decreased well-being continued for decades. However, in the years following the Holocaust, the Jewish community also displayed remarkable resilience, close family ties, and a deeper connection to their faith.

The assassination of MLK

Martin Luther King, Jr.’s death profoundly shook the Black community, changing the direction and shape of the Civil Rights Movement. Many people were shell-shocked that a man preaching love and non-violence would be killed. The effect ricocheted for generations. Even if they weren’t alive during King’s lifetime, many Black people feel stirrings of this fear when they see a Black person in a position of power.

Subsequent research on the effects of killing unarmed Black Americans found that it created mistrust, fear, anxiety, and other adverse effects on mental health in the Black community.

The suddenness and scope of the September 11th attacks affected the fundamental feelings of safety and ease throughout the world. Many believe the resulting emotional impact helped President Bush justify the decision to go to war. Twenty years later, the daily lives of Americans are still impacted by the experience of 9/11. Many are afraid to fly, go into skyscrapers, and harbor anti-Muslim sentiment. However, stories from 9/11 are also filled with incredible acts of selflessness and support.

The shooting at the Newtown elementary school was sadly not the first, nor the last such massacre, but it was profound in its impact on people throughout the country. The name “Sandy Hook” is kind of a shorthand for the horrific nature of mass shootings. Even those who aren’t directly affected by the shooting often develop symptoms of PTSD. Every attack within a school that follows retriggers the collective fear and dis-ease around safety in large groups.

Collective trauma is distinctive in the scale of its impact, but rarely does an experience affect the entire global community. The coronavirus pandemic was one of those “once-in-a-century” moments. Life was irrevocably changed — practically overnight — split into the days “before” and the days “after.”

The pandemic increased feelings of anguish and PTSD among the general population. Research on previous pandemics, like ebola and SARS, show increased stress, anxiety, and depression after an outbreak. And extended lockdowns caused isolation, loneliness, and anger for both adults and children.

But — as the saying goes — with darkness comes light. Not all changes as a result of the pandemic were negative. BetterUp’s research found that some areas of growth — namely self-awareness, empathy, authenticity, stress management, and locus of control — actually accelerated during COVID. And surprisingly, even though the pandemic is still an ongoing source of stress, people generally believe that the experience has changed them for the better.

The global nature of the pandemic is unique, but so is the duration. The experiences that trigger collective trauma are often — but not always — brief in length. It’s the impact that lingers, and it’s our understanding of what happened, and why, that determines the extent of the trauma response.

In his article “Collective Trauma and the Social Construction of Meaning,” researcher Gilad Hirschberger details the ways in which groups subject to a collective trauma derive meaning from the experience. The findings are complex but — put simply — he found that passing down awareness of threat helps to preserve the safety of the group. Over time, the collective identification with the threat becomes part of the context for the group, making it difficult to separate the trauma from the group’s identity.

This isn’t a particularly rosy outlook. On one hand, it serves a purpose in both protecting the group and “alleviating existential threat.” On the other, it freezes the group in victimhood. Moving forward means that you risk separating from the group, and there’s a social threat inherent in losing part of your identity.

So why would a group cling to a painful past? There’s a real fear that letting go of the experience means exposing yourself to repeated trauma. This “fool me once, fool me twice” approach leaves people — and entire communities — in a state of being always on guard. This chronic stress (and subsequently, constant activation of the fight/flight response) may bring a tenuous feeling of safety, but it comes at a heavy price. 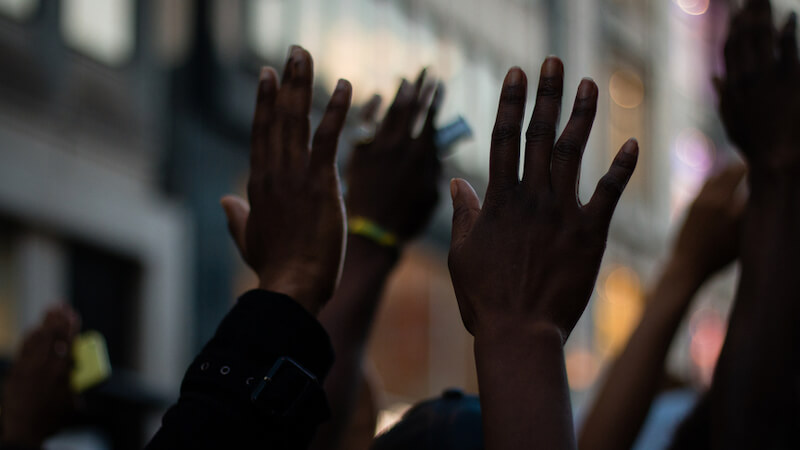 Collective trauma tends to show up in the following social and psychological phenomenon:

When people experience trauma, they learn, adapt, grow — and pass those experiences on to their children. It’s hard to not internalize such major experiences as part of “the way life is.” While their children benefit from their wisdom, they also struggle with the weight of that internalized paradigm. It can lead to increased anxiety, detachment, and a reduced sense of belonging.

In most cases, people that experience a large-scale traumatic event display signs of post-traumatic stress disorder. Many of them also show decreased well-being, feelings of insecurity or being unsafe, and high levels of stress. Years after the traumatic event, people may report doing things differently because of what happened.

Trauma and the resulting fear can cause us to feel unsafe with people outside of our immediate group or community. This is especially true for systemic inequities, like police brutality, gender-based violence, and other hate crimes. People may fear the group they associate with the event, like the abuse targeted at members of the Asian community during COVID.

When bad things happen, it’s not always easy to make sense of it or figure out how to move on. This can trigger an existential crisis. People — or entire communities — can feel untethered, doubt their beliefs, or be unsure of their place in the world.

Reach out for help

Reach out for support. Let people know how you’re feeling and how they can help. Reach out to a therapist or coach for professional help. They’ll be able to spot the signs of PTSD if they arise and make sure you’re getting appropriate care.

During the COVID lockdowns, droves of people — stuck at home and with reduced contact — suddenly had hours to consume every bit of coronavirus-related news they could find. It’s an action that only takes a little bit of effort, but can have a disproportionately negative impact on your mood. Resist the urge. It can make you feel more informed and connected in the short-term, but far more hopeless in the long-term.

Look for the silver lining

Every community that’s experienced trauma has one thing in common — they develop resilience coming out of it. Crises provide a disruption to the status quo. While we don’t look forward to them — or welcome the losses they bring — looking for the bright side is an important part of preserving our mental health as we move forward.

How to lead when the world is on fire

Between stimulus and response there is a space. In that space is our power to choose our response. In our response lies our growth and our freedom. — Viktor Frankl Read More
Employee Experience
15 min read | September 2, 2019

Becoming a parent signifies the end of many things: an uninterrupted night’s sleep, the ability to to take a night off at a moment’s notice, and perhaps, your fancy glass... Read More
Well-being
7 min read | November 13, 2020

Our routines were dramatically altered this year. And as the weeks have become months, we've grown weary, even frustrated, holding on to what was and resisting change even as... Read More
Well-being
3 min read | February 1, 2021

We have been shaken to our core by the tragic and heartbreaking acts of racism and injustice against Black Americans – these acts have no place in our society. At BetterUp,... Read More
Diversity & Inclusion
13 min read | November 3, 2021

Community for the win — how collective solutions help individual problems

Communities are a building block of society and are key to our mental health. Learn the importance and meaning of communities, their types, and benefits. Read More
BetterUp Product
12 min read | November 10, 2021

To perform at our peak, we need to thrive physically, emotionally, cognitively, and socially. We also need rest, healthy habits, a sense of belonging, and resilience. What if... Read More