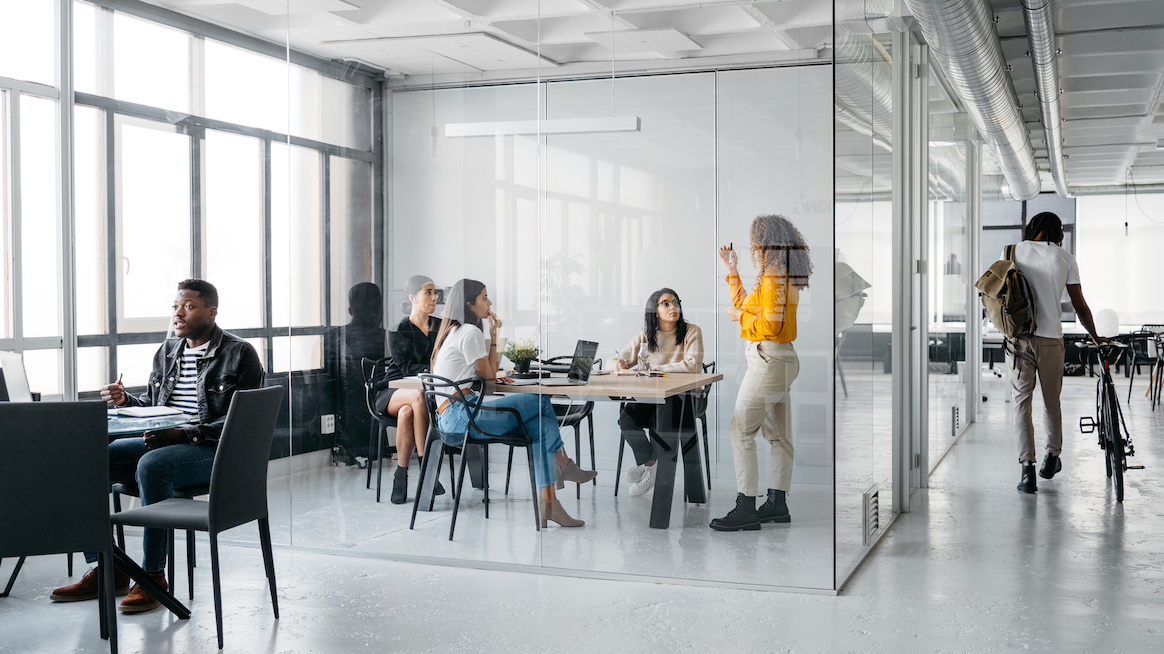 No one likes to think that their way of approaching the world is problematic. But the fact is, we all make unfair assumptions about others from time to time. Sometimes, we’re aware of these stereotypes, and we consciously correct them. Other times, we carry unconscious, or implicit bias — and that’s a little trickier to address.

Implicit bias refers to attitudes, prejudices, and judgments that we unconsciously hold about people or groups. By definition, we are either unaware of these feelings or we are unable to pinpoint where they come from. While everyone has implicit biases, the nature of these prejudices aren’t universal. They’re ingrained in our subconscious through our individual experiences, upbringings, and backgrounds. For example, we often have biases related to racial groups, including our own. While many unconscious biases are related to ethnicity, it's possible to have biases based on sexual orientation, education, or gender.

In the 1970s, researchers at the University of Washington, led by Anthony Greenwald, first proved the existence and influence of deep-seated prejudices of which the holder is unaware. Greenwald, together with Mahzarin Banaji and Brian Nosek, went on to use the test they developed to quantify how rapid and extensive the impact of these biases is on people's behavior and decision-making. The researchers found the impact was pervasive, regardless of intent or egalitarian beliefs, in large part because of how strongly we identify in-group and conversely hold onto intergroup biases.

How does this happen — particularly when most of us grew up hearing the advice, “Never judge a book by its cover?” Well, inherently, implicit biases aren’t meant to be bad. We don't choose to develop them, and without deliberate effort, we don't see them — they are blindspots. They’re designed to help your brain function more efficiently.

We’re constantly taking in information, through our experiences, the experience of others, and information that we’ve seen or heard. Our brain files this information away to create cognitive decision-making shortcuts. That way, when we see that sketchy figure in a hoodie coming our way, we don’t think twice about moving to safety. This type of implicit social cognition could also be called street smarts.

The problem is that it keeps on running, even when it isn't keeping us safe. It makes us less able to recognize or accept something counter-stereotypic or require more proof to believe it.

Making decisions about people — especially when those decisions have the power to change someone's life — shouldn't be subject to shortcuts. Just because challenging our implicit biases takes effort doesn't mean it isn't worth doing. Lazy thinking is problematic thinking. Learning about implicit bias gives us the ability to take those thoughts to trial.

For example, you may believe that all people are equal, and spend a lot of time with people from all kinds of backgrounds. However, when tasked with sorting through resumes for an open role at work, you may (unconsciously) show preference for candidates with traditionally white names over traditionally ethnic-sounding names. Actually, research indicates that’s exactly what you’d do — whether you meant to or not. It's not at all uncommon for our explicit attitudes to be out-of-step with our unconscious bias. 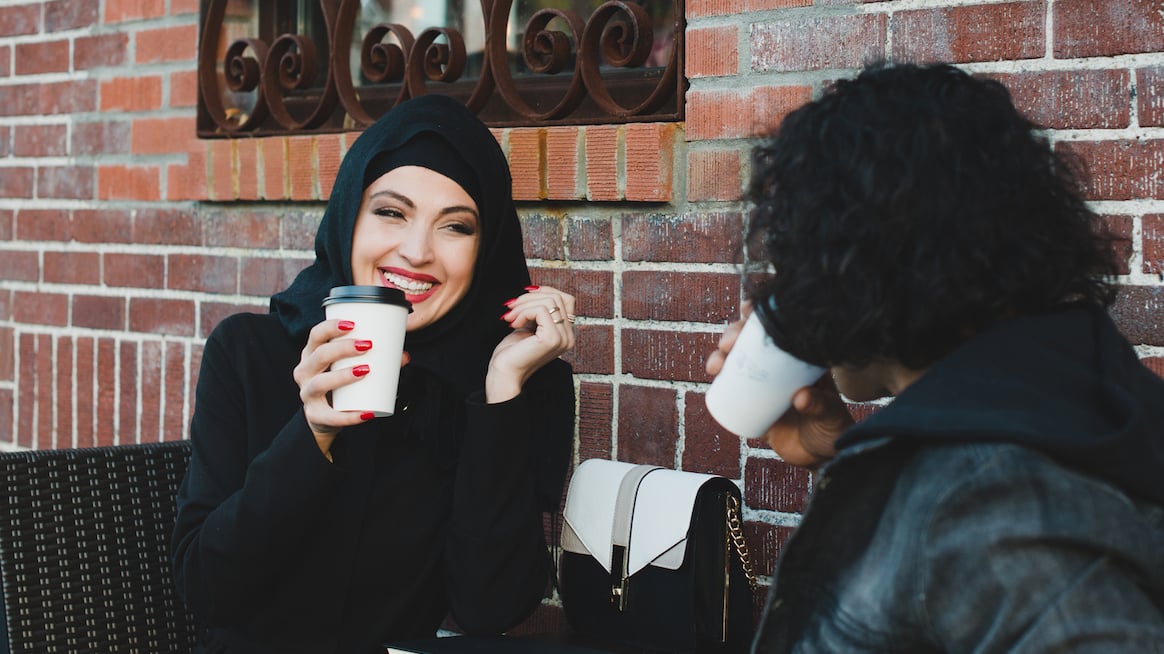 Remember how your brain likes to create shortcuts? Well, it’s possible to measure the strength of those shortcuts — or, in other terms, the strength of those associations. In the 1990s, social science researchers developed the Implicit Association Test, known as the IAT. Since it was created, the IAT has been taken millions of times, revealing which correlations are most closely held, and by whom.

Everyone’s entitled to their own feelings about ice cream, of course — but it's not so black and white when it comes to stereotyping individuals. In order to uncover implicit racial bias, participants associate faces with either negative or positive words. If they're faster to associate  Black faces with negative words, it's likely they have an unconscious bias.

Without being aware of these biases, people may engage in discriminatory behavior towards others. That’s why — as we mentioned above — research indicates that people with “whiter” resumes are more likely to receive callbacks for jobs. Through their research, Project Implicit found that people widely — even people of color — show a preference for white faces over Black faces. Researchers theorize that "stigmatized group members develop negative associations about their group from their cultural environments."

The implications of implicit bias are scary in their scope. Think about the attitudes you and others may have unknowingly internalized about gender, sexuality, race, education, or economic background (just to name a few). Now think of all the individuals that you’ve interacted with in your life. How might your life be affected by these biases, especially if they’re held by teachers, coworkers, managers — or police officers?

In the real world, these unacknowledged biases can create blindspots.  This can be important, especially when split-second decisions are made by people who serve the public. For example, in health care, a triage nurse or doctor may make assumptions about the cause of symptoms for a patient in the emergency room. Black patients and Latinos may experience racial disparities in the form of not being offered the same treatments or not being treated with the same urgency as white people because of a belief that their symptoms stem from lifestyle choices or decreased empathy from the evaluator because they are not in-group.

Over time, being on the losing end of implicit bias can result in real loss of opportunities and a damaging effect on mental health.

It’s also possible for individuals to internalize these biases about themselves. Multiple studies have confirmed that reminding students of a stereotype before they take an exam causes a significant drop in test scores. This phenomenon, known as stereotype threat, can lead to low self-esteem, poor self-confidence, impaired self-concept, and increased susceptibility to the reinforcement of these stereotypes when presented by others. In other words, if we internalize negative associations about ourselves, we may become more likely to pick up on the negative things people think about us, too. 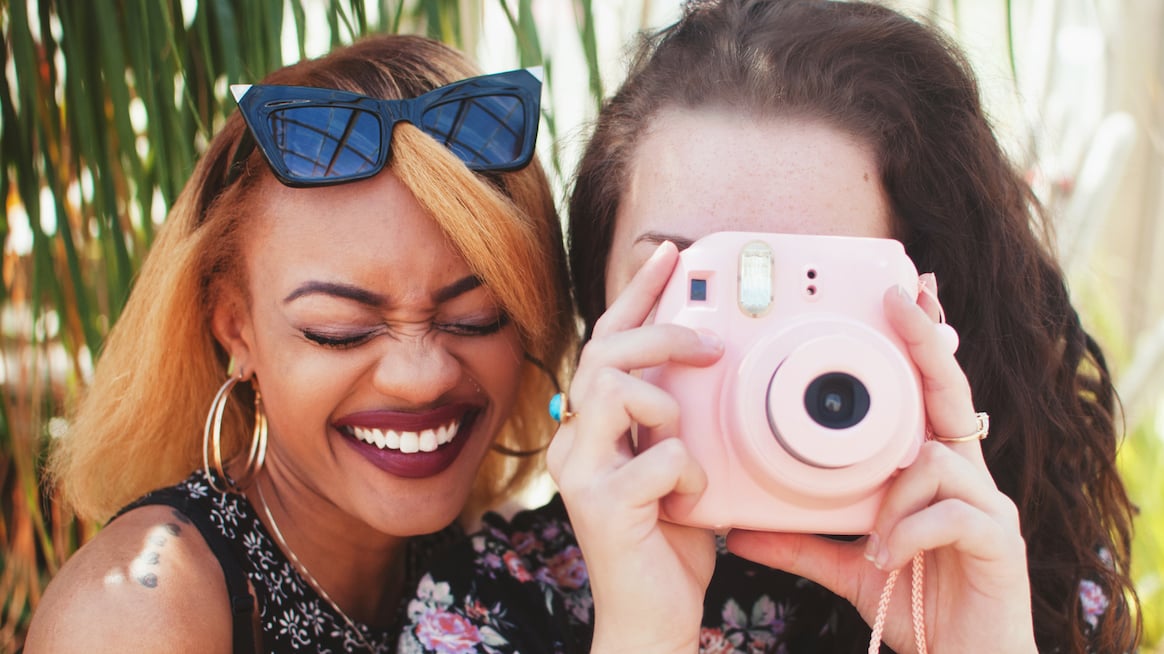 If you’re wondering how to overcome implicit bias in your life and at work, there’s good news: by becoming aware of it, you’re taking an important first step. Implicit means unconscious, so in order to address and reduce the impact your biases have, you have to become aware of them. Because of that, many of the strategies to reduce implicit bias revolve around inner work.

Here are 4 methods to become aware of — and reduce the impact of — implicit bias:

Everyone (that means you, too) has unconscious biases. Taking the IAT can help you in understanding implicit bias and become aware of it in your life. If it uncovers something surprising, try not to be upset or defensive about the results. Discovering an unconscious bias doesn’t mean that you’re racist, sexist, homophobic, or prejudiced. It means that you may simply have been unconsciously exposed to a narrative that your brain adopted as a shortcut. Now, you have a chance to take the scenic route.

2. Be curious about your results

If something surprising comes up for you, whether as the result of a test or any other experience, embrace the opportunity for self-discovery. Ask yourself, “Where does this implicit attitude come from? How does this make me feel? What evidence do I have for and against this belief?” Try the meditation technique of simply observing the thoughts as they pass by.

If you find yourself getting stuck or triggered by a thought, talk it through with a coach.

3. Remember, it’s not about you

Our personal experiences and motivations often color our experiences. Try thinking things through from another perspective. Even if you don’t know much about the person, getting into another person’s shoes is a great exercise for developing compassion and psychological flexibility.

A meta-analysis of implicit bias training programs found that, unfortunately, workshopping unconscious biases don’t make them go away. In fact, it can make it less likely that people of color (and other underrepresented backgrounds) will get promoted. These trainings can cause workplace ennui, making people — of all backgrounds — think “If everyone has these racial biases, then nothing can be done about them.”

According to Harvard Business Review, the trainings that make the most difference are the ones that teach participants to “manage their biases, change their behavior, and track their progress.” In other words, teaching people that they have bias isn’t the entire story. Teaching people how to manage and reduce those biases makes a powerful, long-term impact.

At BetterUp, employees can participate in Inclusive Leadership Coaching Circles™ (the same ones we offer our customers) where we work together with a Coach and a small group of peers to identify our implicit biases and devise strategies to keep reduce and manage them. These group sessions are particularly valuable because they encourage exploration of what lies beneath the surface, and the management strategies are specific to the organizational context.

It would be nice if there was a magic list of ways to make yourself immune to implicit bias. If you’re in a relative position of privilege, you may not experience the fallout of damaging stereotypes as strongly. However, if you belong to multiple marginalized or commonly stereotyped groups, you may feel like the odds are stacked against you.

That doesn’t mean, though, that it’s not worth doing the work to become aware of your own biases. Learning to challenge stereotypes and problematic assumptions is important work. It helps to take the commitment companies have to diversity, belonging, and inclusion, and pin it down with action. We may not always be aware of where these biases come from, but we can always change the actions we take in response to them. Learn more about how BetterUp can help.

How unconscious bias training helps build safety on your team

Why do hiring teams have to correct for bias? Learn the effect of a good diversity hiring strategy (and why you never call someone a 'diversity hire'). Read More
Employee Experience
16 min read | February 6, 2023

Understanding self-serving bias and 6 tips to overcome it

Self-serving bias is a cognitive bias that impacts workplace culture and can reflect poor psychological safety. Here's how to identify and overcome it. Read More
Leadership & Management
8 min read | May 3, 2021

Learn how gender bias is influencing women leaving the tech industry, and what you can do to retain your women workers. Read More
Well-being
16 min read | February 11, 2021

Emotional well-being can impact everything from your outlook on life, relationships, and health. Learn what it is, and practical ways to achieve it. Read More
Professional Development
16 min read | March 10, 2021

Learn what cognitive bias is. Understand some of the most common types of cognitive bias, plus why you should eliminate them and how to overcome them. Read More
Research & Insights
6 min read | July 19, 2022

Data reveals that the proximity bias can influence managers to view their in-person employees more favorably than remote and hybrid workers. Read More