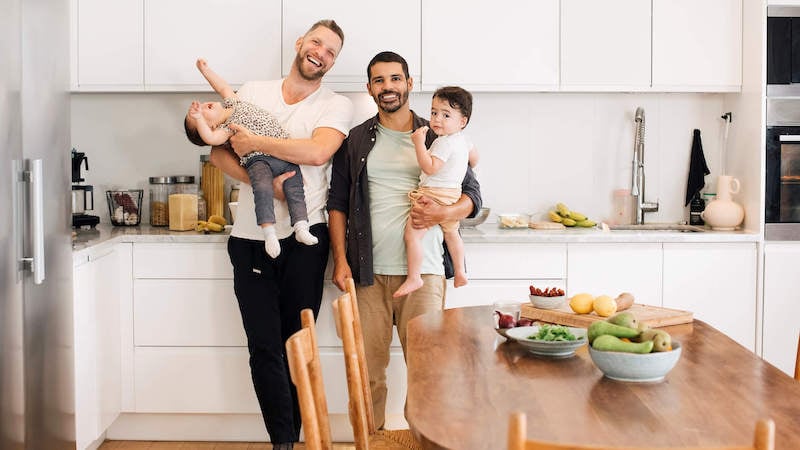 A brief history of heteronormativity

In the last several years, people everywhere have been challenged to question their assumptions of what “normal” is. Those who were used to everything fitting into their own view of the world (work stays at work, home stays at home) have been slow to adjust to the new normal.

When circumstances change, our assumptions about society have to follow. As companies have begun to center conversations about employee well-being and understand the importance of bringing your whole self to work, people have also been starting to deconstruct the damaging effects of the dominant culture on their mental health.

In fact, the dominant culture isn’t a static truth — it’s a collection of assumptions that we’ve learned to accept. It includes ideas like success-orientation, capitalism, Westernization, and heteronormativity. But these assumptions — and the resulting implicit biases — could be harming the people around you.

Learn what heteronormativity is, the fallacies at the root of it, and how to challenge it in yourself and others.

To understand the idea of heteronormativity, it’s helpful to break down the idea of what a dominant culture actually is.

A dominant culture sets its own norms, values, and preferences as the standard — or “normal” for an entire group of people. Those individuals often feel pressured to conform, hide, or adapt in some way to fit in with the established norms. In the workplace, this often destroys belonging, which in turn has a negative effect on productivity and retention.

Heteronormativity is the assumption that the “default,” or “correct” sexual orientation is straight (heterosexual). It assumes that “normal” relationships exist only between a man and a woman. In a heteronormative society, anything outside of these norms is considered abnormal or inferior.

In homes, families, schools and other settings, heteronormativity is particularly harmful to LGBTQ+ youth. A 2020 study of 25,000 LGBTQ+ youth found that transgender and nonbinary people were at significantly higher risk of depression and suicide.

A brief history of heteronormativity

In the introduction to his book Fear of a Queer Planet, social theorist Michael Warner first coined the term heteronormativity into modern sociological literature. In this book, Warner stresses that it is not enough to try to just “include” queer people as an afterthought in policies and theories constructed by heteronormative societies. In fact, the very language often reflects the innate bias of the culture. Instead, he writes:

Even when coupled with a toleration of minority sexualities, heteronormativity  can be overcome only by actively imagining a necessarily and desirably queer world.

Some of Warner’s writing was inspired by the earlier work of Adrienne Rich, who initially argued that heterosexuality was not an innate preference. Instead, her article explains heterosexuality as a socialized cultural norm that makes women inferior to men. Rich described this as compulsory heterosexuality.

These ideas and established norms were cemented — if not before, at least by — the 1920s, when the idea of the nuclear family replaced larger, multi-generational households. With it, it established the “husband-wife-kids” model as a standard for what a family was “supposed to” look like. 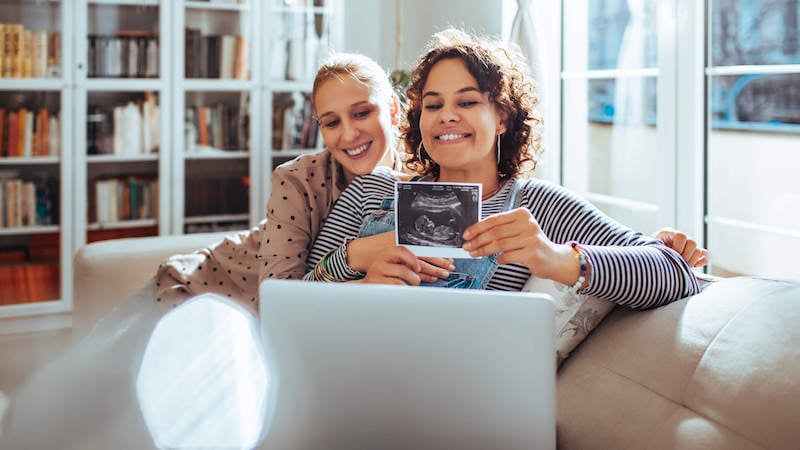 If you live in a heteronormative culture (spoiler: most of us do) you likely have internalized or witnessed heteronormative ideals in action. This doesn’t mean that you’ve necessarily done anything wrong. We all internalize to one extent or another the culture we’ve been exposed to. What’s important is becoming aware of the context these assumptions exist in so that you can challenge them.

Assuming that someone who comes out as trans, homosexual, or queer is “just going through a phase is damaging. It implies that once they sort themselves out, they’ll revert back to the default societal norms.

2. Refusing to use pronouns

If you can’t figure out what the big deal about gender pronouns is, that’s ok. You don’t have to understand them to use them correctly. Even though it might be a bit of a mental shift, the payoffs are worth it. Refusing to use someone’s pronouns is a microagression and erases a major part of their identity.

Most societies begin to assign a gender identity to a person well before they’re even born. However, as many as 1 in 1500 babies are born with genitalia that isn’t clearly male or female. The nuber is even higher when you consider internal intersex conditions (like having both a testicle and an ovary).

Typically, parents opt to have their child undergo gender-defining surgery shortly after birth. That means that the parents and the doctor — not the person — define their gender. This, of course, may not align with their emergent gender identity (who they are once they’re able to advocate for themselves). 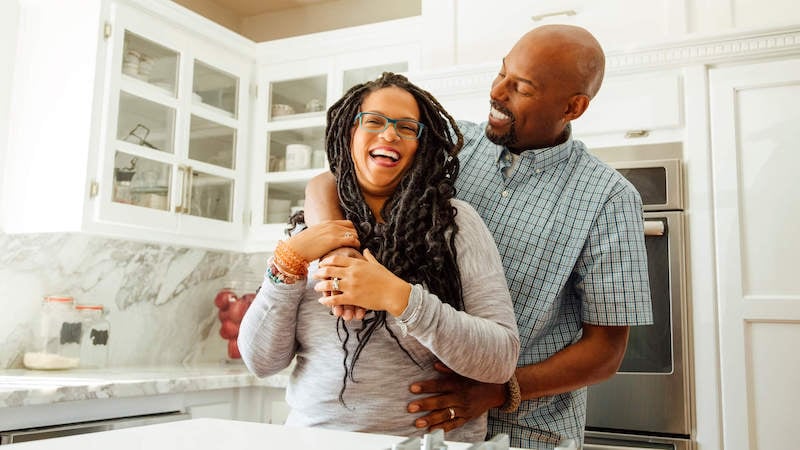 Up until recently, representation of people, couples, and families in media was strictly along the gender binary. Books, movies, TV, and advertisments always featured couples and families adhering to strict gender roles. While this is changing dramatically across all media platforms, it’s an important example of heteronormative beliefs.

Heteronormative assumptions pervade every aspect of society, including our legal system. The LGBTQ+ community has often been left out of the legal, social, and economic privileges that heterosexual couples enjoy. This has resulted in inadequate healthcare, family, and legal support.

Our ingrained assumptions about gender are harmful to people — and not just queer or transgender people. If you make an assumption — say, misgender someone based on their looks or make an assumption about their romantic life — apologize and move on. Insisting that you’re not wrong isn’t going to do anything but hurt the other person (and make you seem like a jerk).

Well-meaning parents are often worried when they learn — or suspect — that their child might be queer. In an effort to “put them back on the right track, they might become very strict or disapproving. To adolescents, this can read as inescapable cruelty. They may begin to internalize the idea that something is wrong with them. 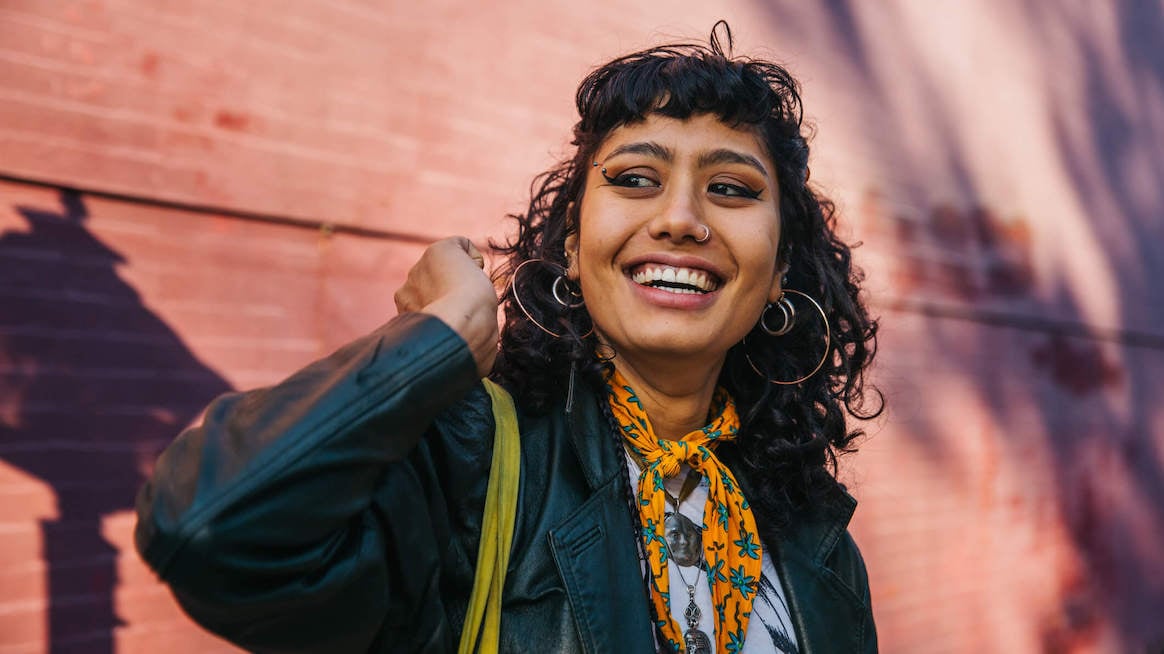 Understanding the detrimental effect of heteronormativity is an important first step, but it’s not enough if you want to be a powerful ally. Here are five ways to disrupt heteronormativity — regardless of your sexual identity:

If you’re cisgender, you may not see why you have to share your pronouns. It can feel excessive or unnecessary. But by sharing, you open the space for others to share their own. You subtly remind others that someone who appears to be a certain gender isn’t necessarily that gender unless they tell you otherwise.

Many platforms (both in and outside of work) provide space for you and others to share your pronouns. Get into the habit of checking these spaces before you address someone by pronoun. If you’re in doubt, using their name or the pronoun “they/them” is always a safe way to go.

Note: By the way, drop the use of the word “preferred.” It’s not a preference — it is who you are.

This may seem odd, but the very definition of heteronormativity is assuming that everyone is straight (or otherwise conforms to gender norms). Flip that on its head with a little mental exercise.

Even if it’s just for one day, or in certain scenarios (say, at a networking event) assume everyone you meet is queer. Notice how that shifts your language and makes you more aware of your assumptions.

For example, you might find yourself using “they/them” more readily, listening for them to share their gender, or asking about their “partner” instead of their girlfriend or boyfriend. This is a good way to start to shift your awareness of gender inclusive language.

Conscious parenting encourages parents to make mindful decisions in raising their children. That means taking the time to unpack your own thoughts and assumptions about gender and sexuality as your kids grow.

I find most small children to be inherently genderfluid, and it’s part of how they learn who they are. Your job as a parent is to keep them safe and supported as they grow.

If you’re interested in learning more about queer theory and the effects of homophobia in society, educate yourself. There are many amazing resources available on diversity and inclusion, queer history, and sociology. Try looking through this online library and watching this TED talk.

Don’t underestimate the effect of even subtle acts of homophobia and transphobia. It’s easy to write it off as “not a big deal” when you don’t come face to face with its effects. These documentaries about trans youth are relatable and heartbreaking.

If you’re ever tempted to dismiss it as “not that big a deal,” think of the accumulated effect of death by a thousand cuts. When the worst-case outcome is depression, second-class staus in society, and loss of life, it’s worth getting a little uncomfortable and challenging our own beliefs.

High unemployment threatens to wipe out a decades’ worth of economic advancement for women. Here’s how organizations can help Read More
Well-being
9 min read | May 3, 2022

We asked people, “How much do you think the pandemic has changed you, as a person, for better or worse?” Here's what they said. Read More
Well-being
12 min read | May 12, 2021

For those in the workforce suffering from serious mental illnesses and chronic disorders, access alone may not be enough. Here's how to help. Read More
Well-being
18 min read | June 1, 2022

Learning how to connect with people can help you create more meaning in your career and personal life. Here’s how to strengthen your ability to connect. Read More
Well-being
5 min read | October 12, 2020

Measuring the impact of coaching for frontline healthcare workers and educators

Earlier this year we provided free access to the BetterUp platform to hundreds of thousands of healthcare workers and educators. Since the launch of the program we have heard... Read More
Well-being
6 min read | December 23, 2021

The special grief of the holiday season

The holidays can be hard, bringing up grief, old and new. Here are tips to help get through the season. Read More
Well-being
18 min read | June 16, 2021

How to calm yourself down: 23 ways

Knowing how to calm yourself down during stressful situations is an important skill to have both in life and at work. Here are 23 ways to do just that. Read More
Well-being
11 min read | June 18, 2021

Terms like “differently abled” do more harm than good. Here’s why you shouldn’t use them, and what to say instead. Read More