What gender inclusive means, and why your use of pronouns matters 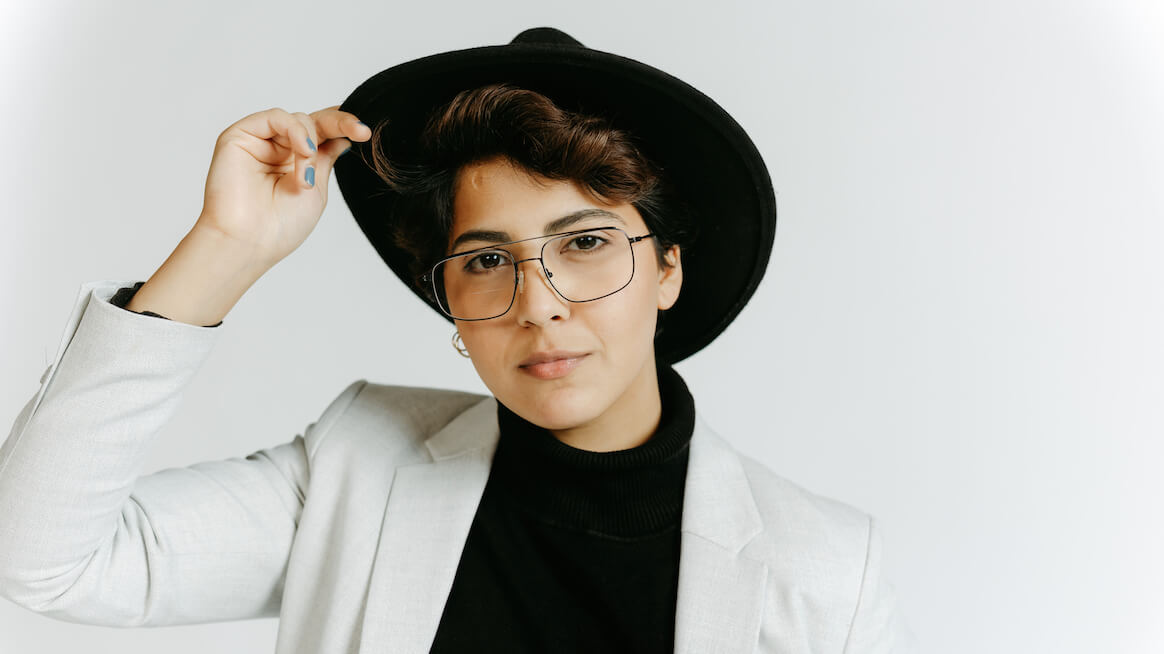 Gender diversity in the workplace

4 benefits of focusing on gender diversity in the workplace

Efforts to create a more inclusive workplace have historically focused on race. However, it’s not possible to be selectively welcoming — and these misguided efforts can actually backfire. It’s important to create a welcoming environment for your entire workforce, and that means working to become gender inclusive as well. Learn what that means, why it matters, and what you can start working on right now.

Gender identity refers to one’s concept of their own gender. You may identify as being male, female, neither, or both. Gender — and gender identity — exist on a spectrum.

Gender is a distinct identity from biological sex. Typically speaking, sex is assigned at birth by a medical professional based on gender markers, like genitalia and internal sex characteristics. Based on the assigned sex, we typically assume a person’s gender. However, personal gender identity may differ from biological sex, and it can’t be seen by others. We generally dress, speak, and even wear our hair in ways that align with the gender that we identify with. However, concepts of gender expression — particularly in clothing and other stylistic choices — are deeply personal and informed by our culture as well as our own preferences. As Gender Spectrum describes, “A person’s gender is the complex interrelationship between three dimensions: body, identity, and social gender.”

What is social gender?

The assumptions that we make about a person based on their biological sex or external appearance make up the socially constructed part of gender. Each culture has their own assumptions about the roles, rights, and responsibilities of men, women, boys, and girls. This makes up the gender binary, or the idea that there are only two possible genders — male and female.

People who are gender non-conforming, or genderqueer, don't identify with these constructed norms of masculine and feminine. Because of the ingrained attitudes many people have about what constitutes masculine or feminine behavior, these norms can be limiting at best and damaging at worst. As the World Health Organization notes, “Gender inequality and discrimination faced by women and girls puts their health and well-being at risk.”

The dangers that women and girls face are serious and prevalent. It’s become apparent in recent years, however, that it’s not only people that were born biologically female that are at risk. One in four trans people are the targets of assault and other violent crimes, and the rates are higher for trans women and people of color.

What’s the difference between gender and sexual orientation?

Sexual orientation describes your sexual preference in partners or, put simply, who you are attracted to. A person can be attracted to the same sex, opposite sex, no one at all, or to all sexes and genders. In the acronym LGBTQ+, the first three letters (Lesbian, Gay, Bisexual) refer to sexual orientation, while the T (Transgender) refers to gender identity.

Gender identity doesn't necessarily equal sexual preference. A person who identifies as male may be attracted to men, women, both, or neither. In the workplace, someone's sexual orientation is generally none of your business. As far as their gender identity goes, it's best not to make any assumptions. Many workplaces and social media profiles provide space for people to indicate their pronouns, which you should always use.

Gender diversity in the workplace

Historical efforts to promote gender diversity and inclusivity in the workplace have typically focused on efforts to hire and promote more women. These initiatives reflect a well-meaning but dated understanding of gender. When looking at gender as a binary scale, women often draw the short stick. The history of discrimination, harassment, and pay inequalities in the workplace are well documented.

However, the evolving understanding of gender as a spectrum — and one that needs to be considered seperately from biological sex — means that it’s not only cisgender women experiencing discrimination in the workplace. People that identify as gender-fluid or non-binary often experience bullying, verbal and physical violence, and exclusion in the workplace. Many feel pressured to hide their identity to avoid unwanted attention, questions, or ostracism.

Like other forms of discrimination, gender stereotypes have no place in the workplace. It undermines a culture of inclusiveness, shredding efforts for collaboration and camaraderie at work. Because gender is a socially constructed identity, we all have to be especially mindful of the ways we may have internalized expectations, stereotypes, and implicit biases that impact the way we interact with others. As with racial stereotypes, it is possible to have unconscious, internalized thoughts that are at odds with what you consciously believe. Making your workplace more welcoming and a more gender inclusive environment, therefore, starts with inner work. 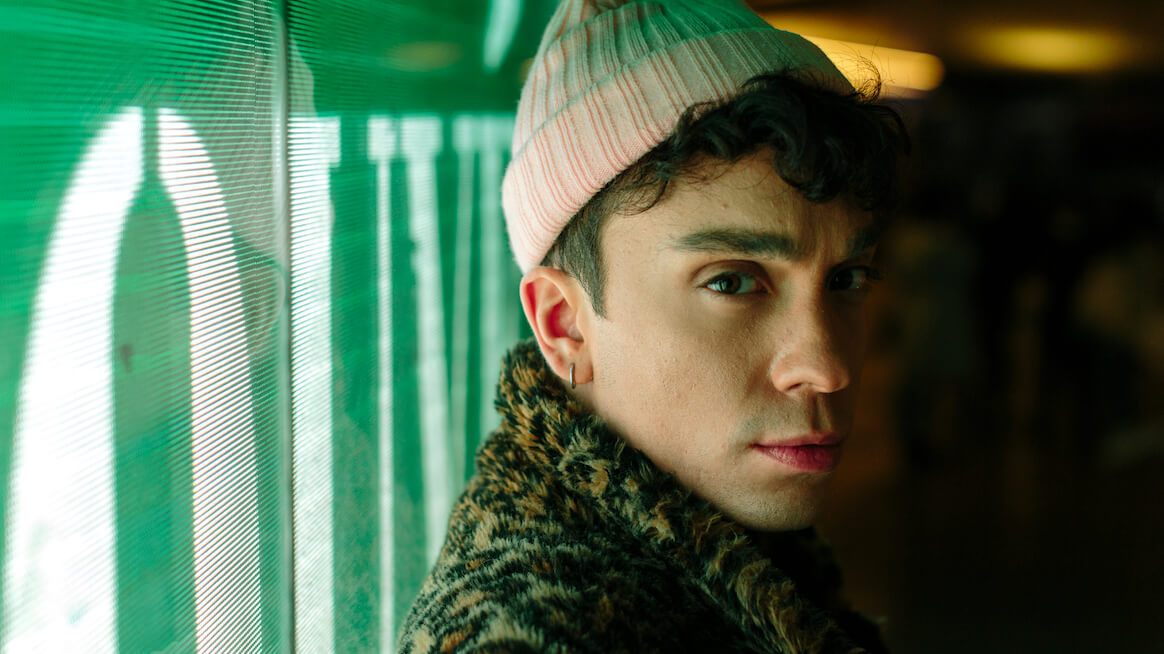 4 benefits of focusing on gender diversity in the workplace

The real benefit of diversity is not “checking off a box” or avoiding discrimination lawsuits. It’s the creativity, innovation, and richness of thought that comes with welcoming different kinds of people. When your organization is truly diverse and welcoming, people feel comfortable bringing their whole selves to work. When they don’t, they don’t just withhold their identity. They withhold their brilliance as well.

Some studies indicate that workplaces with a better (read: more diverse) mix of genders actually have an easier time collaborating with each other. Women and other people who are, ahem, experienced in fighting to be heard at work are more likely to take turns in conversation. This does more than just bring different perspectives to the mix. It also makes the work environment a more inclusive community and makes it feel psychologically safe.

3. Get to know your customers better

There aren’t many brands out there that focus on marketing exclusively to one gender. Having a diverse representation of genders and perspectives at work makes it easier to connect with your customers. You’ll be able to draw on your workforce for insight as to what matters to your customers.

Are you okay with never employing women, nonbinary people, or people of color? (Don’t answer that). The fact is, as gender equality issues become more prevalent, it is becoming less and less acceptable for companies to employ homogenous workforces. In the midst of the Great Resignation, while companies are struggling to attract and retain talent, people have more options about where to work than ever. People of any gender or background are likely to decline working in environments that are unwelcoming to them or their coworkers. Think about it — do you want to be affiliated with the company in the news for being a hostile workplace?

1. Make sure everyone feels heard

Chances are good that unless your workforce is mostly marginalized genders, cisgender men do most of the talking. Look for ways to amplify everyone’s voice at work. This does two important things. First, it makes sure that people feel important enough to be heard. But second — and more critically — it gives them a chance to be known for their ideas and skills, not their gender identity. Getting to know people is a powerful antidote to bias.

While it’s important to do the work to understand pronouns and gender identity, you don’t need to understand them to use someone’s pronouns correctly. Generally speaking, it is always acceptable to refer to someone by name or with the indeterminate pronoun “they.” If you think about it, you actually use “they” all the time to refer to people of all genders. For example:

“I was supposed to have a client meeting at 12, but they asked to reschedule it.”

See? Gender inclusive language is already in your lexicon. While it’s understandable to get tripped up sometimes, it’s important to correct yourself and sincerely make an effort to refer to people the way that they want to be referred to. Using a person’s pronouns is a simple way of affirming their identity and showing respect. 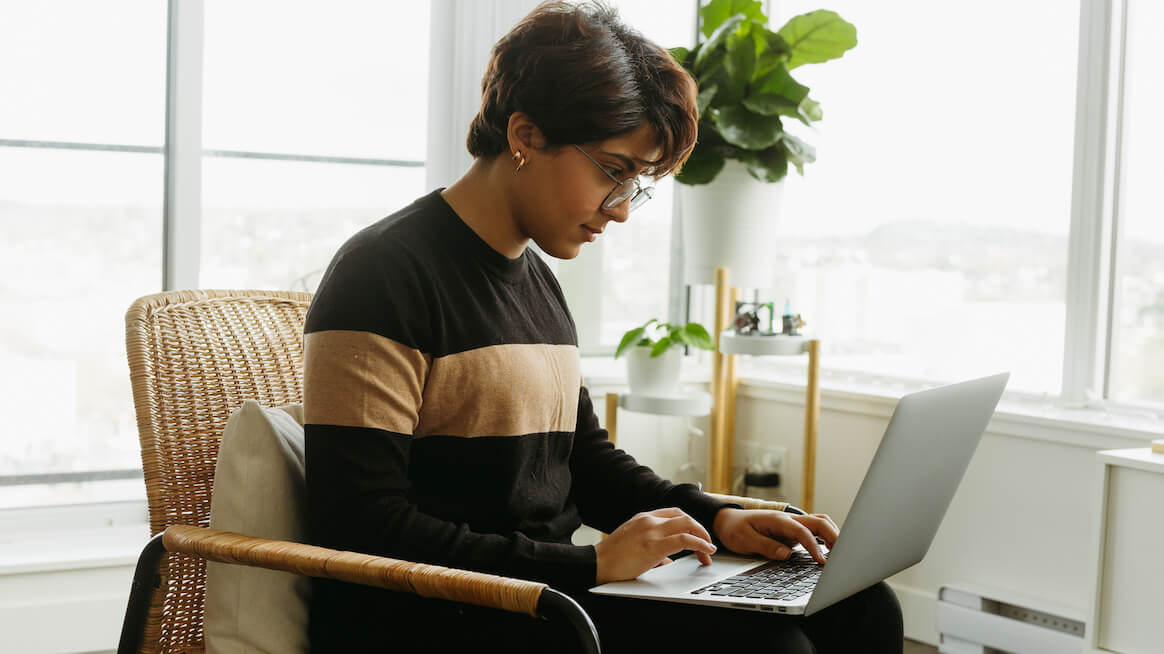 People are not just one thing. It’s the blend of experiences, identities, and passions that bring a workplace to life. Everyone has something that makes them unique. Taking the time to celebrate different identities gives everyone a chance to be in the “hot seat,” and makes it less likely that one person or group will feel singled out.

Gaelle Louisgene, the DEIB Program manager at BetterUp, creates learning pathways around different themes every month. She highlights thought leadership and practical information, featuring not just people but critical concepts in DEIB. She also helps to coordinate a wide range of employee resource groups (ERGs) within the company. Her efforts help actualize BetterUp’s commitment to diversity and inclusion, showing team members that their identities and experiences matter.

4. Use, edit, and revise your language

If your company has been established for some time, your existing literature may contain gender-biased language. Take a careful look through your existing literature and content to look for terms that may be unintentionally polarizing, and swap them for gender-neutral pronouns. Start by looking for terms like “salesman,” and negating the use of specific pronouns in company literature. Then, consider hiring an expert to look for more subtle forms of bias in job descriptions and other content. Even if you don’t specifically reference gender, certain terms, references, and even requesting specific college majors in a “help wanted” post can unwittingly deter people from applying for a particular role.

Out and Equal provides a helpful, downloadable guide and FAQ to Best Practices for Non-Binary Inclusion in the Workplace.

Providing health care and other benefits that support all genders and sexual orientations is important. Make sure that reproductive health, fertility treatments, and therapy are covered. Ensure that family benefits extend to adoptive children and same-sex partners. A person’s gender identity, sexual orientation, or biological sex should not prevent them from receiving adequate medical care.

If your workplace has bathrooms or locker rooms, consider making them gender-neutral. You can designate one space for everyone to use or create smaller, individual rooms. Avoid having break or lunch rooms separated by gender, and avoid arbitrary gender separation for work events (no “boys vs. girls” in the company soccer league).

Be sure to create inclusive emotional spaces at work as well. Offering employee resource groups (ERGs) for women, nonbinary people, and the LGBTQ+ community provides a safe space for people to let down their guard and share experiences.

It’s not your job to determine whether someone’s identity or pronouns make sense, and it’s unfair to make decisions for an entire workforce based on a narrow perspective. People need to feel safe at work in order to thrive, and your efforts to make one group feel safe ripple through your organization. As you build your efforts to be more gender inclusive, know that every single person at your company benefits. Happy, cared for people who feel respected and valued do their best work, and these environments attract and retain the best talent. It takes intentionality and transparency, and a continued willingness to evolve.

Why middle management is so exhausting, and what to do about it

The importance of integrity in the workplace (with examples)

What diversity really means, and why it’s crucial in the workplace

Environmental health and the work, well-being, and health of your team