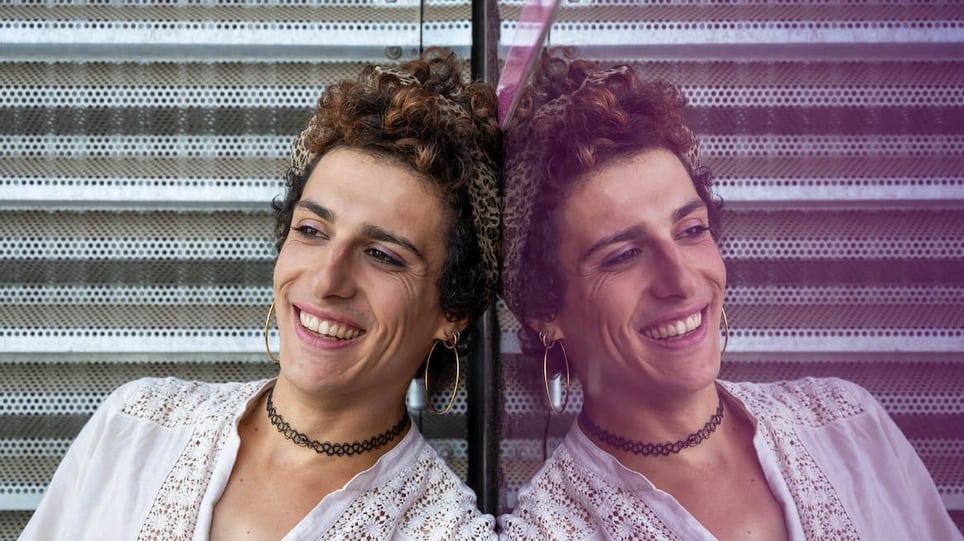 You may have noticed conversations about gender pronouns popping up in the news, on social media, and even on Zoom. It’s becoming far more common for people to introduce themselves with their pronouns than it was even five years ago.

But what’s the deal with gender pronouns? Are they even necessary? The short answer is, yes. The correct use of pronouns is a powerful way to foster a sense of belonging both in and outside of work.

Learn the history of gender-neutral pronouns, why they’re so important, and how to be mindful in your everyday language.

A pronoun is a word used to replace a noun in a sentence. We use them to refer to something or someone. Typically, pronouns are either singular or plural. Some languages, like English and Spanish, have gendered pronouns. In English, we use “he” to refer to male nouns, “she” for female nouns, and “it/they” for nouns with no or indeterminate gender.

The traditional use of “he/she” in English to refer to people assumes that gender is binary, and that people are either male or female. But in truth, gender exists on a spectrum. People can identify as male, female, nonbinary, genderqueer, genderfluid, or any number or other gender-expansive identities.

Gender pronouns are the terms people use when referring to someone in the third person. Like their name, gender pronouns affirm part of a person’s identity. It is just as disrespectful to use the wrong pronouns as it is to call someone by the wrong name.

As a general rule, you shouldn’t assume a person’s pronouns. Their gender identity may or may not correspond with the gender they were assigned at birth, or how you perceive their clothing or name. The best practice is simply to ask how they want to be referred to. This may change over time or in different situations.

So, why bother using gender pronouns? Well, if we spoke a language that didn’t insist on separating nouns into gender binaries, we wouldn’t have to. But since English traditionally uses “he” and “she” to refer to people, we have to be intentional about the language we use to un-trench the gender binary.

Using “he” and “she” exclusively to refer to people implies that gender non-conforming people need to be one or the other to be acknowledged. You don’t have the right to invalidate someone’s identity. Continually using the wrong pronouns to address or refer to someone is a form of hostility, also known as a microaggression.

When did gender pronouns become a thing?

Believe it or not, English speakers' dissatisfaction with binary, gendered language was documented as early as 1795. Use of “they” as a gender-neutral pronoun predates this discussion by some three or four hundred years. Many languages – both modern and historical – don't gender their nouns at all, including Japanese, Tagalog, and Haitian Creole.

"They" has always been a source of some ire. Before it became a term for gender expression, editors rejected the idea of a singular, indeterminate pronoun. The word “they” was shunned by social conservatives and linguistic sticklers alike for some time.

Language, however, evolves to communicate experience. People found that expressing gender wasn't always necessary. In fact, many of us use the singular "they" in everyday conversation without thinking about it much at all. Consider the following examples:

"I love my barista – they make the best lattes."

"My friend lives pretty far out, so they usually leave early."

"Who wrote this article? They did a great job."

“They” is less a rejection of the gender binary as it is a need to express that, at times, gender is neither relevant or known — but the conversation still goes on.

You meet a new colleague at work. They introduce themselves to you as Matthew. You’re a little surprised, because they look like a Michael to you — but whatever, you’re open-minded.

When you see them, you accidentally call them Michael — first in passing, then at a staff meeting. You apologize, but then you start to get a little annoyed. You just can’t wrap your head around it.

Later you complain to your colleague, “I mean, I don’t get the big deal. They look like a Michael, and they knew what I meant.”

The thing is, when someone identifies themselves to you, you refer to them in that way as a sign of respect and acknowledgment. To do anything else is a not-so-subtle rejection of their identity. It communicates to these people that they aren’t welcome or accepted. 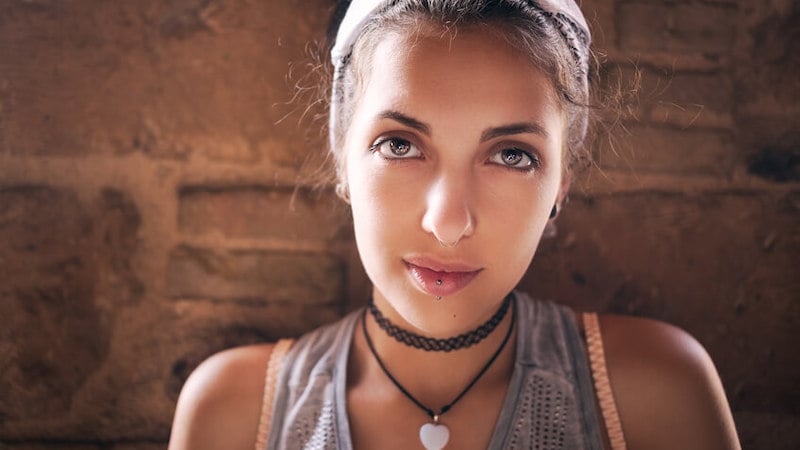 Unlike many other aspects of diversity, pronouns are part of everyday conversation. Using the correct pronouns is a way of affirming identity in every interaction. Because of the number of times we use pronouns in a conversation, we can show respect — or disrespect — that many times.

Whether you think it’s a big deal or not, gender pronouns are important. Their use has a direct impact on well-being and belonging. A 2016 study found that simply using the correct pronouns raises a person’s raises self-esteem. Youth who are able to use and be acknowledged by their correct name and pronoun experience significantly fewer symptoms of severe depression.

Asking for someone’s pronouns can be nerve-wracking — but it’s a sign of respect and is often appreciated.

Often, the easiest way to ask for someone’s pronouns is to share your own pronouns first. You can just say “Hi, my name is Bobby, and my pronouns are she/her/hers.” People tend to reciprocate by introducing themselves the same way that you just did. Opening with your pronouns invites them to share theirs.

If you’re meeting virtually, you can share your pronouns next to your name or in your profile. Many platforms, including Zoom, LinkedIn, and Slack, have input fields specifically for your pronouns. Several others, like Twitter and email signatures, can be customized to include this information.

Finally, you shouldn’t wait until you’re unsure to ask. Make a practice of asking everyone. If you only ask when you’re not sure, you’re relying on the idea that everyone you meet who conforms to your ideas of gender must use the pronouns that make sense to you. And honestly, that’s a lot of “what ifs.” Save yourself — and them — some trouble and just ask.

If you use the wrong pronouns when talking to someone, don’t make a huge deal out of it. It’s fine to apologize, correct yourself, and move on.

The same holds true if you’re referring to that person when they’re not present. You can — and should — correct yourself and your coworkers even when they’re not there to hear you. It will help you avoid making mistakes in the future.

More importantly, it will reaffirm the importance of using the right pronouns for everyone else. Having someone else occasionally “fight the good fight” makes life a little easier — and the workplace feel much more welcoming. 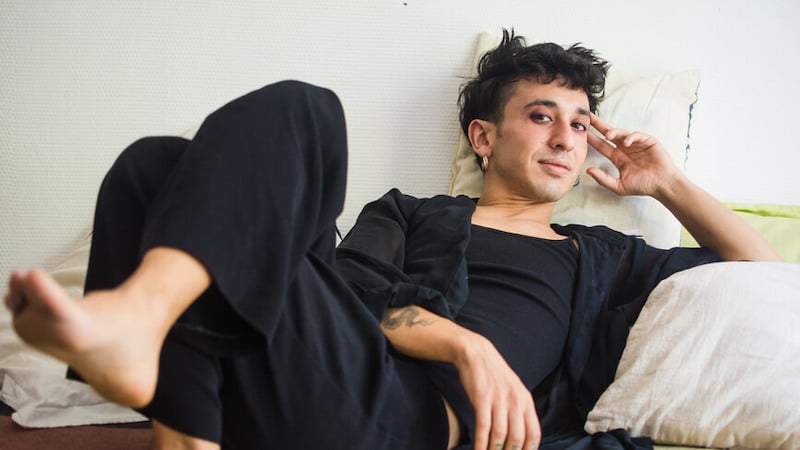 Here are some other things to keep in mind when you use pronouns at work:

As a final, best practice, take the time to educate yourself. The gender-expansive employees in your workplace already have full-time jobs. They’ll likely resent having to be the spokesperson for the entire LGBTQ+ community. Nor can they, since each person will have their own preferences for how they want to be referred to.

Avoid asking someone to explain their reasoning behind their pronouns. That line of questioning is invasive and rude. If someone gives you pronouns to use when addressing them, use those pronouns. A person's gender identity isn't up for debate.

Many of us were raised in societies that enforced a "cut-and-dried" understanding of gender. We may never have thought about our use of gender pronouns and how they may affect others. If you’re not used to thinking outside the binary, you may have trouble getting used to using gender-inclusive pronouns. That’s okay.

Even if you don’t get it perfectly right all the time, the important thing is to try. Addressing someone the way they’ve asked to be addressed is a sign of respect. Just as you would if you mispronounced their name, you should try, apologize, and try again. Continually striving to get it right affirms to them that they’re worth getting it right.

You may never understand what’s the deal with gender pronouns, and that’s okay too. You don’t have to understand someone to treat them with respect. Using the correct pronouns is a simple way to show someone that they’re respected, welcome, and worthy of acknowledgment.

Disability inclusion in the workplace: The what, why and how

Diversity is a top value — but very few places have initiatives for hiring people with disabilities. Learn what disability inclusion is and why it matters. Read More
Diversity & Inclusion
15 min read | September 22, 2021

The article gives a clear explanation of what implicit bias is, implications, how it affects society, and the process to remove or reduce implicit bias. Read More
Well-being
16 min read | February 11, 2021

Emotional well-being can impact everything from your outlook on life, relationships, and health. Learn what it is, and practical ways to achieve it. Read More
Employee Experience
13 min read | March 1, 2022

Codeswitching might be destroying psychological safety at work. Keep reading to understand code-switching, why it happens, and what it means for inclusion. Read More
Diversity & Inclusion
8 min read | September 2, 2019

Today we celebrate International Women’s Day. This year’s theme #balanceforbetter encourages us to reflect upon what we each can do to build a gender balanced world. As an... Read More
Employee Experience
11 min read | April 7, 2022

What happened at the Oscars was unprecedented — but it sparked conversations about when jokes go too far. And it’s more than one person that gets hurt. Read More
Diversity & Inclusion
17 min read | October 6, 2022

It’s crucial to promote equity in the workplace, but where do you begin? Here are 9 ways to establish and foster an equitable work environment. Read More
Diversity & Inclusion
13 min read | October 4, 2021

What gender inclusive means, and why your use of pronouns matters

Diversity versus inclusion: Why the difference matters

The terms “diversity and inclusion” are often used together, but they're not the same. Explore diversity vs. inclusion and ways to promote both at work. Read More