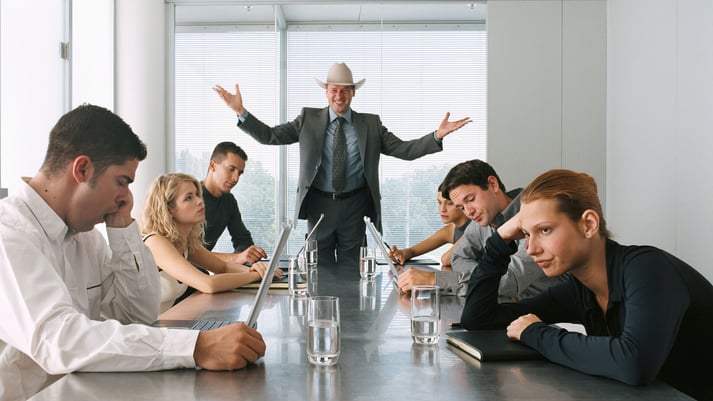 When joking isn’t a joke

What happens when you can’t “take a joke?”

The internet has been abuzz since the 94th Academy Awards Ceremony, with people struggling to make sense of the altercation they saw on stage. Of course, the public nature of the incident makes it pretty compelling. What happened at the Oscars was unprecedented. But it struck a chord for something deeper than sensationalism.

Most of us know the deep discomfort and vulnerability that comes with being witness to a joke in poor taste. Many of us also know the vulnerability of being the target of that humor. It can feel like its own form of violence.

Whether you’re the target of the joke or not, distasteful humor affects all of us. It can feel like there’s no way to respond. You react, you don’t react — you speak up, you don’t speak up. Is there a “right” way to recover from seeing one person hurt another — physically, emotionally, or otherwise?

It’s challenging enough when you’re among people you trust — but when you have an audience (no matter how large or small) the pressure to respond becomes even more intense. What are the implications in public — or in the workplace — when people are expected to “take a joke?” When we smooth things over for the sake of keeping the peace, are we sacrificing psychological safety? Not just for ourselves but for others?

When joking isn’t a joke

The common defense to a poorly-received comment is usually, “It was just a joke.” The statement implies that a joke — since it’s meant to be funny — can’t also be offensive. As comedian and host of The Daily Show Trevor Noah explains, “Just because something is a joke doesn't mean it can't be something else as well.”

Calling something a joke doesn’t grant it immunity from offense. And it doesn’t mean that the joker doesn’t bear any responsibility for the impact of his words. Words matter and have consequences.

But generally, we put the burden of diffusion on the recipient, or target, of the joke. If it doesn’t go over well — especially when there’s an audience. We feel compelled to smooth it over and keep the peace, lest someone think that we’re thin-skinned.

What does it mean to be thin-skinned?

When someone is described as thin-skinned, it means that they’re easily offended or sensitive to criticism. Typically, calling someone “thin-skinned” is an insult. It implies that they’re wrong for being offended by the insult, rather than the victim of any intended harm.

No one wants to be thought of as humorless or overly sensitive. Moreover, revealing the pain of the insult can open the door to other triggers and hurts — some of which we may not fully understand. Rather than let someone know that they’ve hurt us, reveal our vulnerability, or risk further harm to ourselves or loved ones, we take the joke. We act like these comments don’t bother us at all. It’s the safest path.

For some groups, learning to react — or better yet, how to not react to a joke is a survival skill. Often, people that are the minority (or underrepresented) in their professions deal with an onslaught of humor and microaggressions — all directed at their otherness. Conversely, an individual may be embraced by the group as the exception and expected to laugh along at jokes focused on others who share their race or background. Either way, it can make you feel exposed and vulnerable in a way that makes just showing up to the office a heroic act of bravery and self-control.

So maybe we should never make a joke? Not at all — we need humor and laughter. There are many benefits to humor in the workplace. Having fun with your colleagues and friends helps to build camaraderie, relationships, and diffuse conflict. As a leader, it can make you seem more relatable and authentic.

There’s a right way and a wrong way to joke with others — especially in the workplace. Some jokes, like self-deprecating humor, can actually work to your advantage. Research indicates that being able to laugh at yourself can help boost psychological well-being and diffuse negative emotions.

Humor that helps a team or work environment doesn’t have to be directed at an individual. It might be pointed at the circumstances or completely unrelated (daily cat videos?). Humor can make a group feel a sense of cohesion and belonging. A group that trusts each other will often have inside jokes and tease each other.

It can get tricky when we talk about teasing others. It can reflect affection, knowing another person well. But we always have to be reading the room and paying attention to the impact on others, regardless of intent. The burden is on the joker.

Making fun of others (especially someone’s appearance, gender, race, identity, or any other characteristic) does major damage to belonging and psychological safety. At worst, it could be creating a hostile work environment. Jokes like this are always in poor taste and not a good idea — especially at work.

The lines can get blurred, however, when our work environments put us in contact with people who mostly think, speak, and act as we do. When the dominant culture at work isn’t representative of the world at large, we can lose sight of the impact of a joke. They become far removed from what is in line with social norms and acceptable behavior in the broader world. That’s a big problem if you’re building a business, hiring talent, growing a customer base, working with vendors and suppliers — the list goes on.

It isn’t just about belonging. The stakes are higher: professional reputation, network, leadership opportunities, influence, power. In addition, when the stakes are high to be “in” with the dominant group, people find it not just “okay,” but useful, to make jokes at the expense of another group. When humor is used as a tool to divide — that’s no laughing matter. 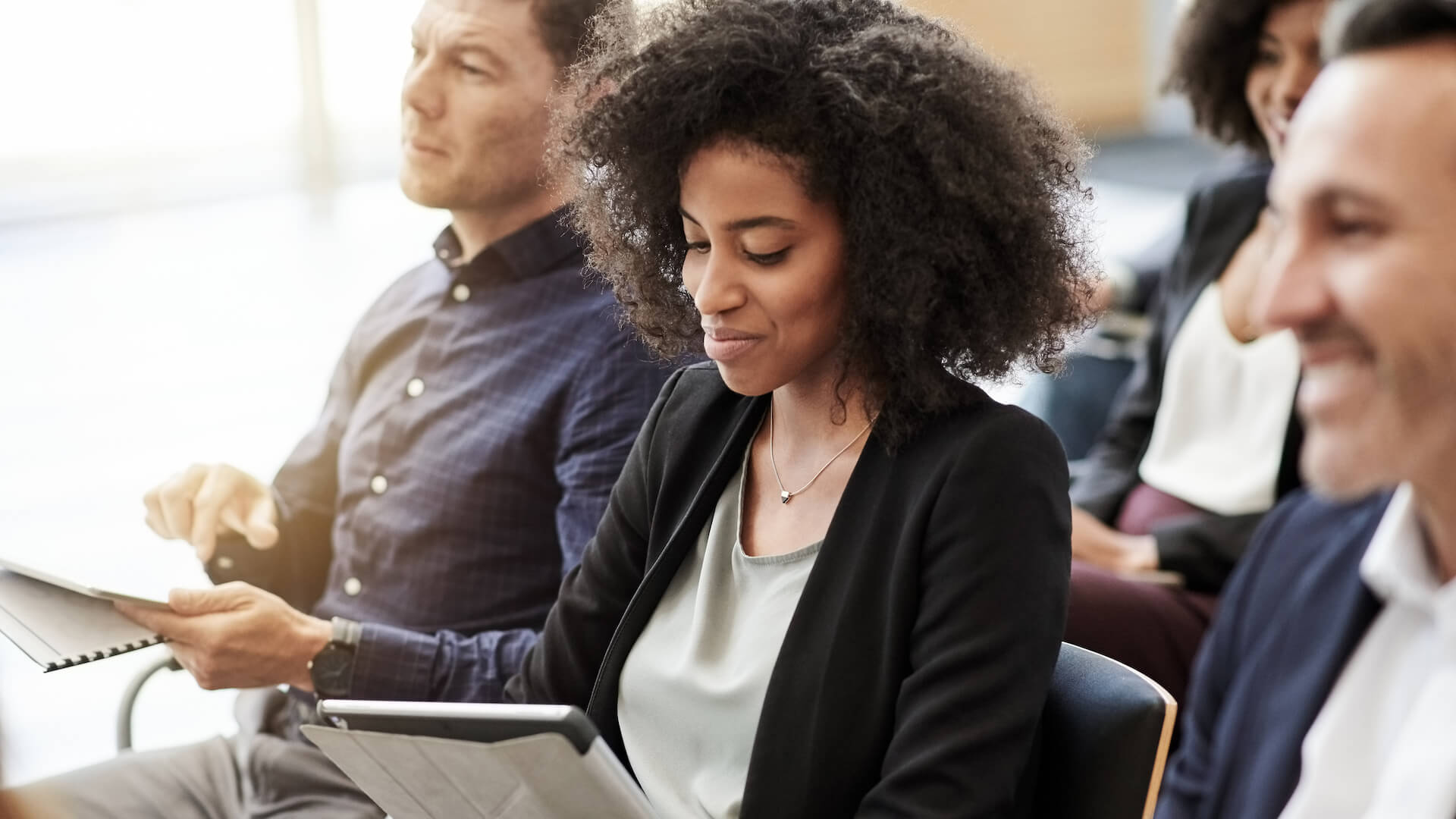 On a psychological level, we do this because it reinforces our own sense of belonging. We rationalize that if we’re not “other,” then we must belong. And historically, there’s no cheaper or easier way to ensure belonging than at the expense of another person — or at least, that’s the lesson I took from high school.

As Trevor Noah goes on to explain, when our own sense of belonging feels threatened, we may risk making an offensive joke if we know that it will go over well in the group that we’re in. In other words, the dominant culture can determine if a joke is “funny.” But they can’t make a painful comment any less painful. And when it does draw a laugh — no matter how uncomfortable — it has the effect of making the target feel even worse.

We saw this several years ago when the idea of “locker-room talk” was hotly debated across the United States. There was an idea that people should dismiss crude jokes and violent comments because of the setting in which they occurred. But while the intent of these off-hand, casual comments might not be malicious, their effect on the psychological safety of everyone in the room — and who might someday be in the room — certainly is. 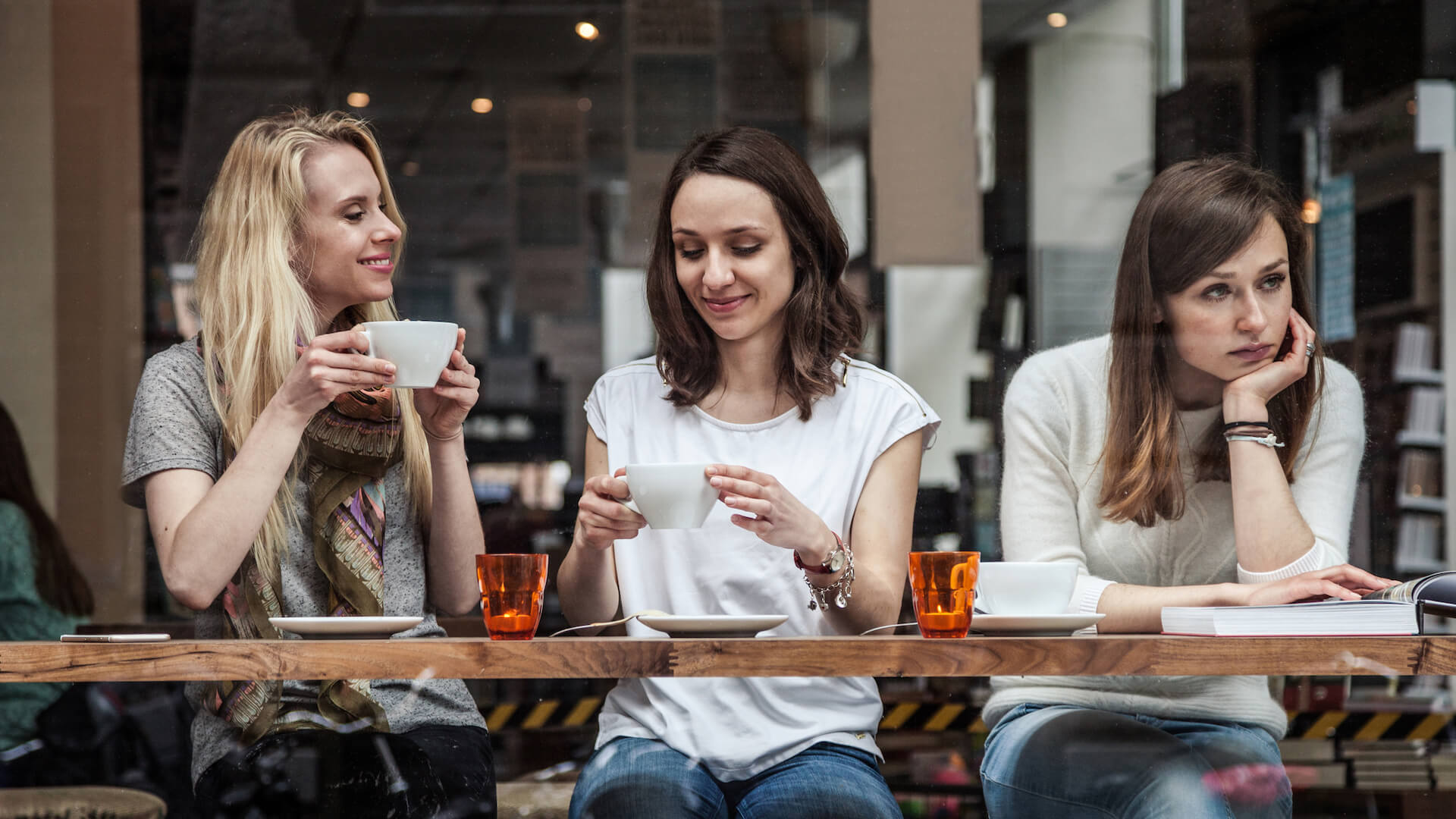 What happens when you can’t “take a joke?”

Jokes, by their nature, need context. You can only poke fun at what you can see. But making fun of someone’s health, race, sexuality, or any other characteristic harms them and everyone else who might even tangentially identify. In other words, when you make fun of someone with a visible disability, your taunts extend to someone with a hidden or invisible disability.

To insist that someone should just be able to “take a joke” is to dismiss cruelty as humor. It’s to give up accountability for knowingly hurting someone and instead make them responsible for your words. Learning to “take a joke” is an unspoken social contract that implies “I’ll excuse your bad behavior if the stakes are high enough.”

But after the last few years, people are on edge. We’ve learned how to prioritize our well-being — and each other — in new ways. Or have we? The fact is, as we figure out what our new normal is supposed to look like, we haven’t fully processed the stress of our collective trauma. Things feel weird, and people are acting weird.

Many of us have, at some point or another, pushed our feelings aside to avoid dealing with them. We try to instead substitute what we should be feeling instead of what is. We try to wash out pain with humor, our own or someone else’s. In psychology, we call this reaction formation. And, as you can imagine, it usually doesn’t work out that well.

Instead of pushing our feelings of discomfort and “otherness” to the side, we can take the time to see what they have to say. This Inner Work® can make us more aware of the effect others have on us — and of what we say on them. Going within helps create the foundation for true safety and belonging.

For those in the workforce suffering from serious mental illnesses and chronic disorders, access alone may not be enough. Here's how to help. Read More
Culture
15 min read | July 20, 2021

Knowing how to use on the job training to effectively onboard new members at work is crucial to any successful organization. Here’s where to start. Read More
Culture
4 min read | July 27, 2021

In a new era of work, inclusivity is more important. Yet, what it means to be inclusive has shifted. How do we prevent “in-group” and “out-group” dynamics? Read More
Well-being
12 min read | July 8, 2022

Having “too many” interests isn’t holding you back, it’s launching you forward

Data reveals that being exposed to and coached in multiple areas helps people learn and grow faster than those that focus on only a few areas. Read More
Productivity
15 min read | July 18, 2022

Stop multitasking: The science-backed approach to having a better day

Multitasking seems like the only option when we have too many tasks. But there are better ways to check items off the list. Here are 7 methods to try. Read More