What sports psychology can teach us about mental fitness 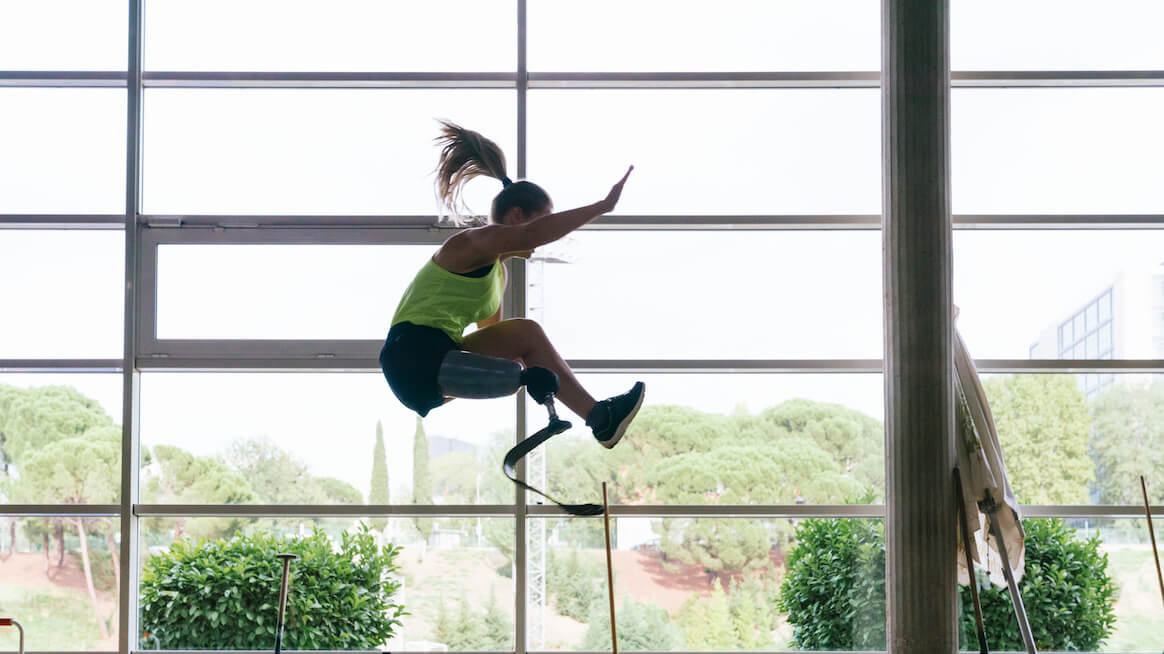 What is sports psychology?

Why is sports psychology so important?


What is sports psychology?

The field of applied sports psychology emerged in the early 20th century. Scientists became interested in how athletes like Babe Ruth achieved such outstanding results.

Since then, the field of sports psychology has developed into a field of study in its own right. Now several colleges offer graduate programs and coursework leading to licensure.

Only a few of us need the kind of physical endurance that high-level Olympic, collegiate, and elite athletes do. But we can still learn a lot from exercise psychology about mental performance. After all, there's a reason sports metaphors are so common in business and leadership books. Participating in competitive sports — whether in childhood or as an adult — can develop skills to succeed in any area of life.

Why is sports psychology so important?

Competitors are under immense physical and emotional stress. They feel the pressure of coaches and their teams and the pressure they put on themselves. This kind of chronic stress can distract competitors from their goals. And, if left untreated, it can lead to harmful mental and physical health issues.

Sports psychologists take a holistic approach to each client's health. They consider an individual's physical abilities alongside their mental roadblocks. They then look for ways to improve mental toughness and athletic performance simultaneously.

Sports psychology benefits the whole person by encompassing both psychology and physical performance.

Some benefits of sports psychology include:

Sports psychologists go through rigorous training. However, the exact process depends on the individual's career and any standing licenses they already have.

According to the American Psychological Association (APA), most sports psychology positions require a graduate or doctoral degree from an accredited college. Along with a degree in sports science, sports medicine, psychology, or a related area, sports psychology takes additional certification. Both new/recent graduate students and practicing licensed professionals can earn this certificate.

Though requirements vary from state to state, most regions require a period of supervised practice (often two years). 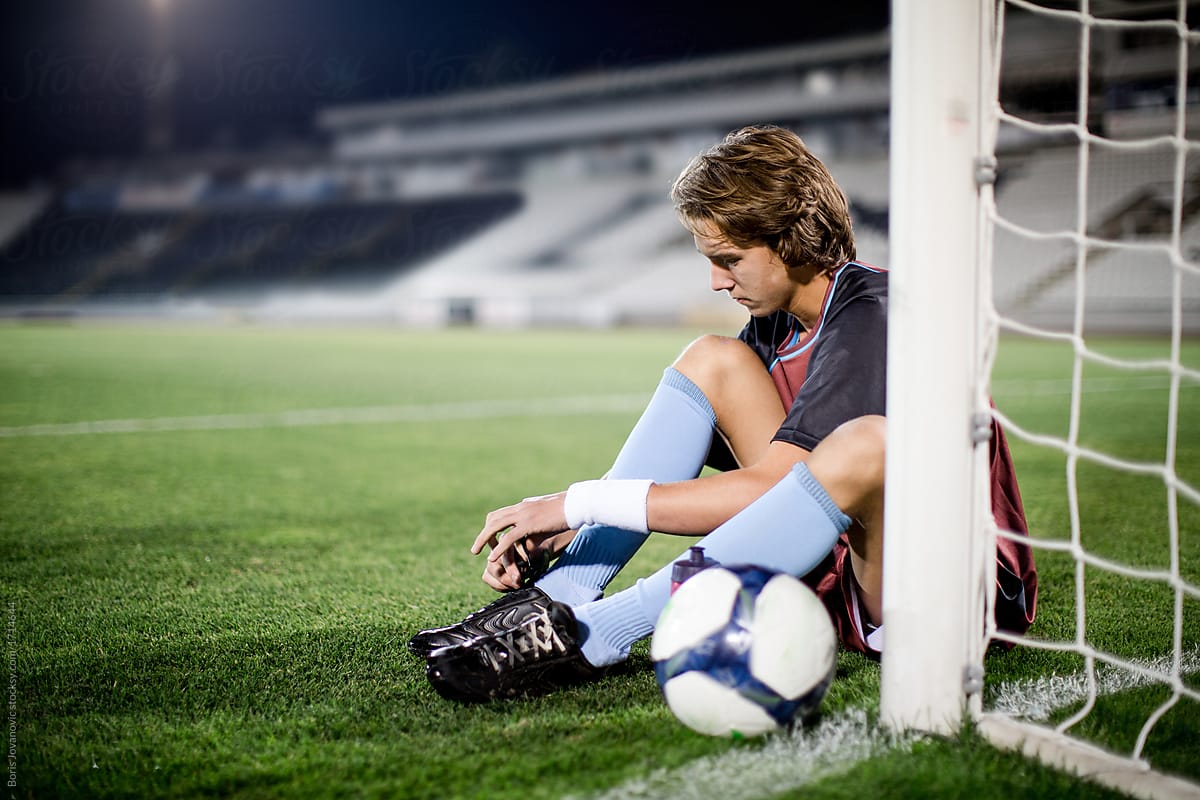 Sports psychologists don't just focus on what happens on the field. They examine all of the factors affecting game day performance and the athlete's well-being. Sports psychology programs often include skills training in the following areas:

Setting and achieving goals — both personally and as part of team goals — are a constant area of focus for athletes. It's not enough to just pick a goal and throw it out there, though.

Damian Vaughn, former NFL athlete and Head of Programs at BetterUp, says that "When we try to overcompensate for the lack of urgency, we tend to set goals with phony deadlines in the hopes of stirring up excitement." Without anchoring them in a real motivator or to the bigger picture, employees only hit these "stretch goals" about 10% of the time.

Positive mental imagery has long been a key part of pre-game preparation for athletes. In fact, many elite players attribute their success to first visualizing a positive outcome.

Visualization activates many of the same parts of the brain — and even the muscles — associated with the successful action. It also boosts mindfulness and cognitive control, critical components of mental fitness.

Few jobs are as inherently stressful as playing professional sports. Athletes are under intense physical strain, both internal and external pressure, and can worry about losing their jobs. Learning to deal effectively — and still perform — under this kind of stress is challenging for any athlete.

Ultimately, this pressure can be the cause of both anxiety and depression.

Injuries are hard enough to deal with when your entire career doesn't ride on your physical well-being. For athletes, they have to contend with the fear of potentially having to end their careers due to getting hurt.

Sport psychologists help athletes cultivate learned optimism and motivation as they recover. This not only aids rehabilitation but also ensures that they're less likely to re-injure themselves by rushing back to the field.

An athlete has to be able to tune out timers, teammates, the crowd, and their inner critic. They can't afford distractions, whether they're in practice or playing in the Superbowl. A lack of attention could cost them the game, the match, or even lead to injury.

Many competitive sports involve playing as part of a team. So sports psychologists help athletes develop interpersonal relationships, increase energy and motivation, and mediate conflicts. Building these connections is an essential part of mental fitness. 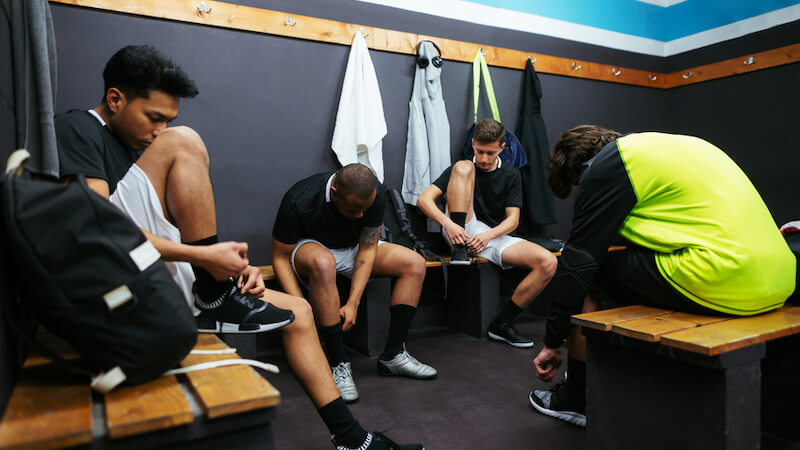 From a very young age, athletes are drilled on the importance of practice. However, if you want to be great, practice doesn't mean just doing the same thing over and over again.

You have to engage in deliberate practice – the kind of effort intended to help you master a skill. An article in Harvard Business Review defines this deliberate practice as "practice that focuses on tasks beyond your current level of competence and comfort."

Most of us don't engage in deliberate practice because, most of the time, it feels like we're getting further away from success when we do. Deliberate practice isn't fun and generally lacks immediate gratification. That is, opposed to delayed gratification. It takes humility and careful attention to unlearn something you're used to doing – especially when you're at the top of your game.

However, what separates professional sports performance is the way an athlete approaches practice. That includes realizing that what got them to the top of their sport is no longer working for them. At that point, learning new techniques helps them stay at the top of their game.

An often overlooked component of human performance is deliberate rest. Both our brains and muscles need adequate time to rest between bouts of effortful focus.

But when your body is resting, it's doing more than just "taking a break." Exercise science teaches us that rest days are critical for developing muscle. The micro-tears created during physical strain are repaired and strengthened during rest days. Just as our bodies rely on that downtime, our brains need rest too.

We know that athletes need to practice to prepare for a game and that they need to take care of themselves to recover. But when we borrow sports metaphors for inspiration in the world of work, we never talk about "resting like an athlete."

Just as we admire their strength and discipline, we should also learn from their self-care "game" too. These professionals have entire teams dedicated to their rest and recovery. That is because it's a key part of performance enhancement and essential to preventing burnout. 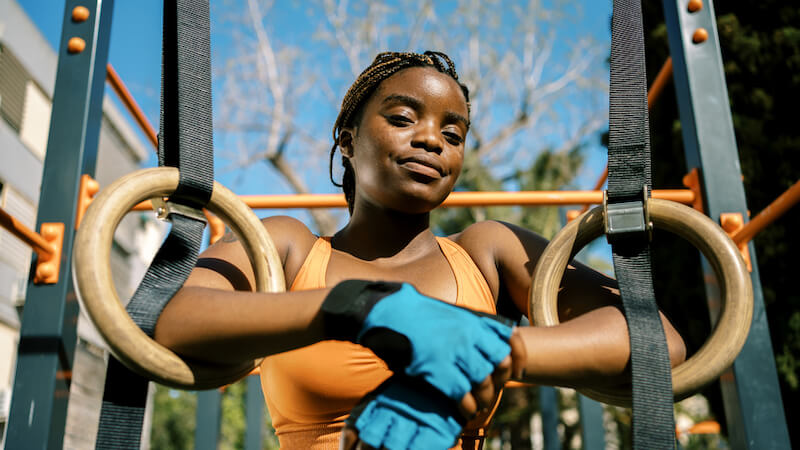 Why does the world love to watch professional athletes do their thing? It's because – on a cellular level – we see ourselves in the game. We identify with the teams and athletes we watch. We revel in both the love of the sport and the person who was able to turn that love into a career. And we draw that inspiration back to our own lives.

Perhaps that points to the real source of inspiration – self-efficacy. A cornerstone of both social and performance psychology, self-efficacy – our belief that we can do something successfully – is considered to be the key mental skill that determines an athlete's performance.

According to Albert Bandura's social cognitive theory, there are four critical components to developing self-efficacy. These are past experience, social modeling, encouragement, and emotional well-being. When we watch sports, we see success modeled for us, and we draw parallels from sports science and apply them to other contexts. When we do so, they become a universal language, even for those who aren't all that into sports.

Because, really, it's not about the game. It's about the psychological principles of the inner games we all play. It's about setting a goal, visualizing a positive outcome, managing your self-talk, and doing your best.

What we have to be careful to remember, though, is that it's just as much about rest, recovery, and developing the support system that allows you to keep your eye on the ball – and your head in the game.

Making friends and getting along with others is crucial to our well-being. Learn how you can build meaningful personal and professional relationships. Read More
Well-being
16 min read | January 27, 2021

Self-management is one of those “must have” skills for today. Maybe you’ve heard it thrown around as something everyone should work on. So the good news is, you can develop... Read More
Well-being
13 min read | August 12, 2021

Does talking about holistic wellness make you feel silly? It’s a thing, we promise. Learn the 7 components and their importance for overall health. Read More
Well-being
10 min read | October 8, 2021

Supporting your employees' mental health may be the key to increased productivity, innovation, and retention. Learn why it matters and where you can start. Read More
Well-being
17 min read | January 10, 2022

The hidden struggle of working moms? Guilt. Here's how to overcome it

Mom guilt can prevent you from connecting with your kids, whether you’re a working mom or stay-at-home mom. Here are ten strategies for overcoming it. Read More
Well-being
17 min read | February 25, 2022

What to do to stay mentally fit in retirement

There are plenty of ways to enjoy your retirement, and keeping busy has an important impact on mental fitness. Here are 10 ideas to get you started. Read More
Well-being
13 min read | May 26, 2022

What self-love truly means and ways to cultivate it

Cultivating self-love can boost your confidence and reduce stress. Use this guide to learn more and as inspiration to start practicing on your own. Read More
Well-being
16 min read | June 2, 2022

How to increase your personal well-being ... at work

We take home how we're feeling in the office so it's important to prioritize wellness. Use these 3 strategies to increase your personal well-being at work. Read More