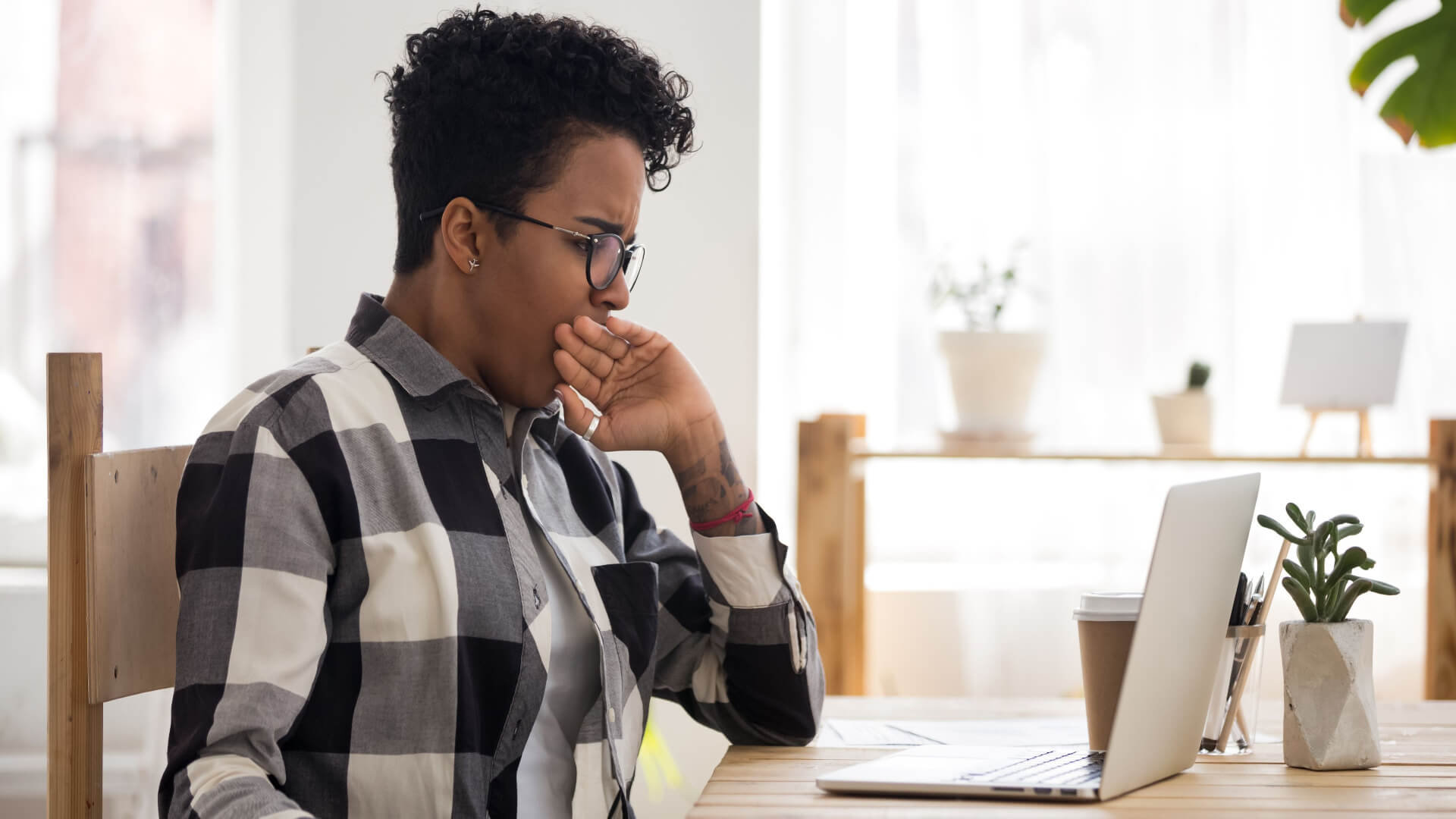 In the early stages of the pandemic, many people celebrated the end of daily commuting with an extra hour or two of sleep. Unfortunately, while many people got more sleep, the quality of post-pandemic sleep declined. The data is backed up by anecdotal evidence. Human beings thrive on a routine — when coronavirus upended our routines, it started messing with our sleep as well.

Nearly three years later, working from home continues to be a time of unclear schedules and routines. Whether by choice or by necessity, the lines between “business hours” and “personal time” have been blurred. Many people find themselves taking early morning calls or working late into the night after children have gone to bed.

The negative impact of the ongoing lack of routine on sleep quality and quantity has been significant. Researchers trace the overall decline in sleep quality to three factors: excessive screen time, lack of sunlight, and a disrupted routine. Put simply, we’re tired of being stuck in the house — just not the kind of tired that leads to a good night’s sleep.

Unsurprisingly, people have found themselves wondering what the “right” routine was to make the most out of our new normal. As a result, segmented sleep schedules are getting renewed interest. Some people swear by its purported physical and mental health benefits. For them, it seems to be the answer to work-from-home fatigue and stress-induced insomnia. It even promises to have a positive impact on your, ahem, personal life.

Can segmented sleep really help you be happier, calmer, and more productive?Is it good for your overall health? Opinions were mixed, so we asked BetterUp Sleep Specialist Coach Amy Korn-Reavis for the science-backed scoop on segmented sleep.

What is a segmented sleep schedule?

Although the concept has gained recent widespread attention, it has some historical context. Segmented sleep, also known as polyphasic or biphasic sleep, is referenced in Homer’s Odyssey. It was the most common sleep pattern prior to the advent of artificial light and the Industrial Revolution.

What is segmented sleep?

Segmented sleep is a sleep schedule that includes multiple, short stretches of sleep, rather than one unbroken stretch at night. Advocates for polyphasic sleep schedules cite the practice's roots in preindustrial societies, when waking hours were aligned with daylight.

The idea is that in the evening, people have a so-called first sleep, followed by a couple of hours of wakefulness. People then return to a second sleep, after which they continue with their daily schedule.

However, there’s some confusion around how a segmented pattern of sleep is implemented. While this pattern was common until the late 19th century, there are modern life distractions that don’t mesh well with polyphasic sleep. It’s not a “life hack” for getting more done with less sleep — and treating it that way can be detrimental to your health. 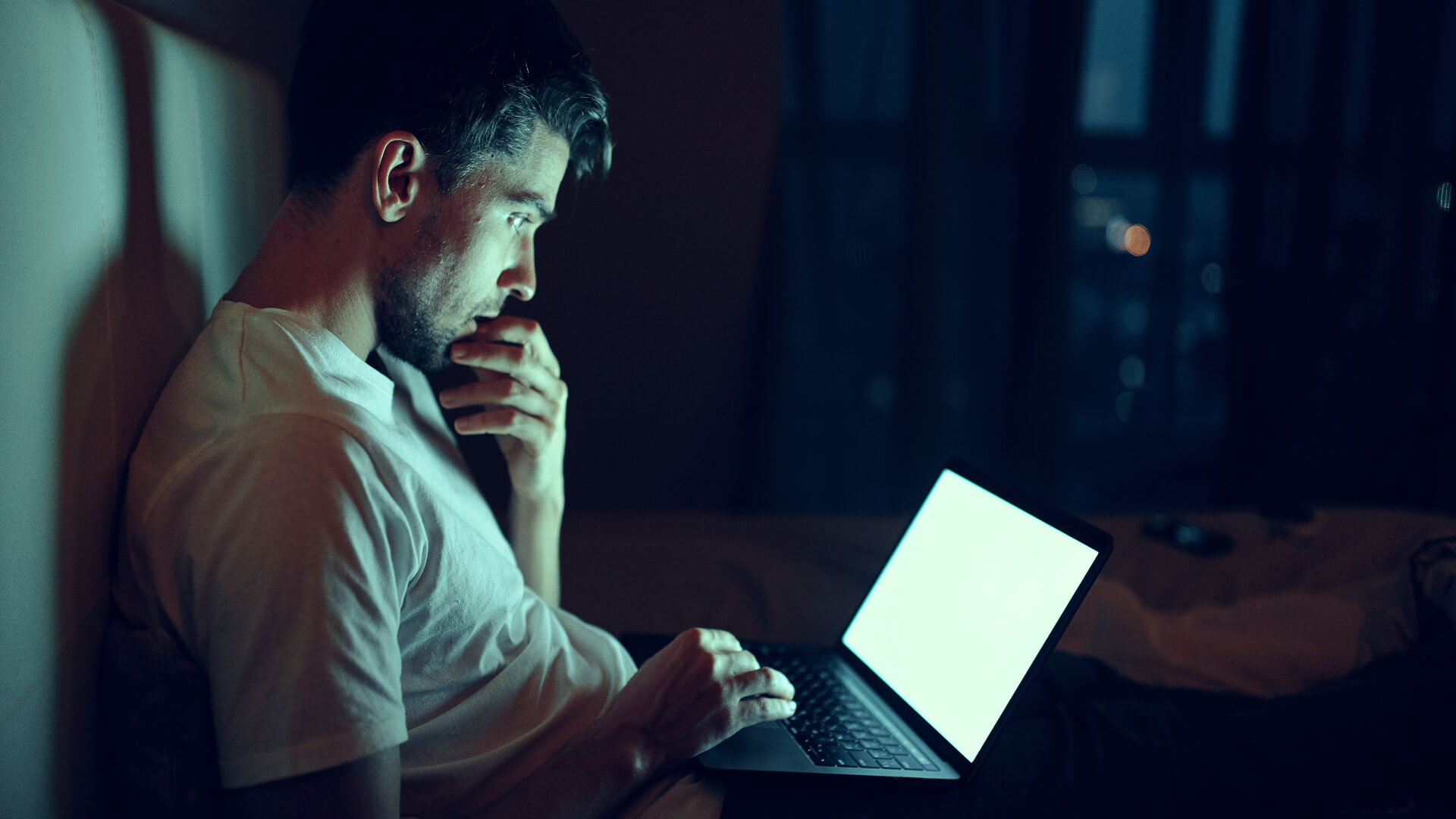 As far as overall health goes, there isn’t anything particularly unhealthy about segmented sleep. However, that comes with a few caveats.

In its purest sense, biphasic sleep means multiple, long stretches of sleep within a relatively close time frame. If you naturally sleep this way, that’s okay. The primary goal is to make sure that your sleep still adds up to the recommended amount (seven to nine hours) in a 24-hour period.

You may be a sound sleeper, and find that something (stress, a new baby, or other changes) is suddenly waking you up at night. If you find yourself with a nighttime stretch of wakefulness, implement some pre-industrial best practices. Use this time to stretch, pray, meditate, or read. However, try to avoid working on the computer, turning on lights, or anything else that might disrupt your circadian rhythm. The goal is to make it easy to return to sleep within a few hours.

For example, when I experience a midday dip, I usually switch my focus to work that doesn’t require as much mental energy and focus. I avoid caffeine, which is likely to make me feel anxious and disrupt my sleep at night. At night, if I experience wakefulness, I try to do things that match that state without compromising later sleep quality. That might mean a good ol’ fashioned, paper-and-pen to-do list, folding laundry, or reading (my e-reader has a “nighttime” setting that doesn’t emit blue light.

What many people are hoping for out of segmented sleeping patterns is a way to get more done by maximizing their energy levels throughout the day. And while segmented sleep has some benefits, there are also some potential downsides that you should consider before you try it.

The downsides of segmented sleep

We know that natural sleep occurs in cycles of roughly 90 minutes each. However, it’s not precise, and there’s no way to know which phase of sleep you’re in unless, as Korn-Reavis dryly notes, you have wires strapped to your head.

In this case, a little bit of education could be a dangerous thing. People who don’t fully understand the science behind sleep might be tempted to try to maximize restorative, slow-wave sleep while reducing the total hours spent asleep. As one meta-analysis notes, people often try to do this by “interrupting” their sleep with an alarm.

When polyphasic sleep occurs naturally, as it does in birds (and some humans!) sleep isn’t purposely stopped. Rather, these awakenings happen spontaneously. Trying to intentionally adopt a multiphasic schedule, most experts warn, is likely to result in reduced productivity, poor cognitive function, and increased daytime sleepiness. 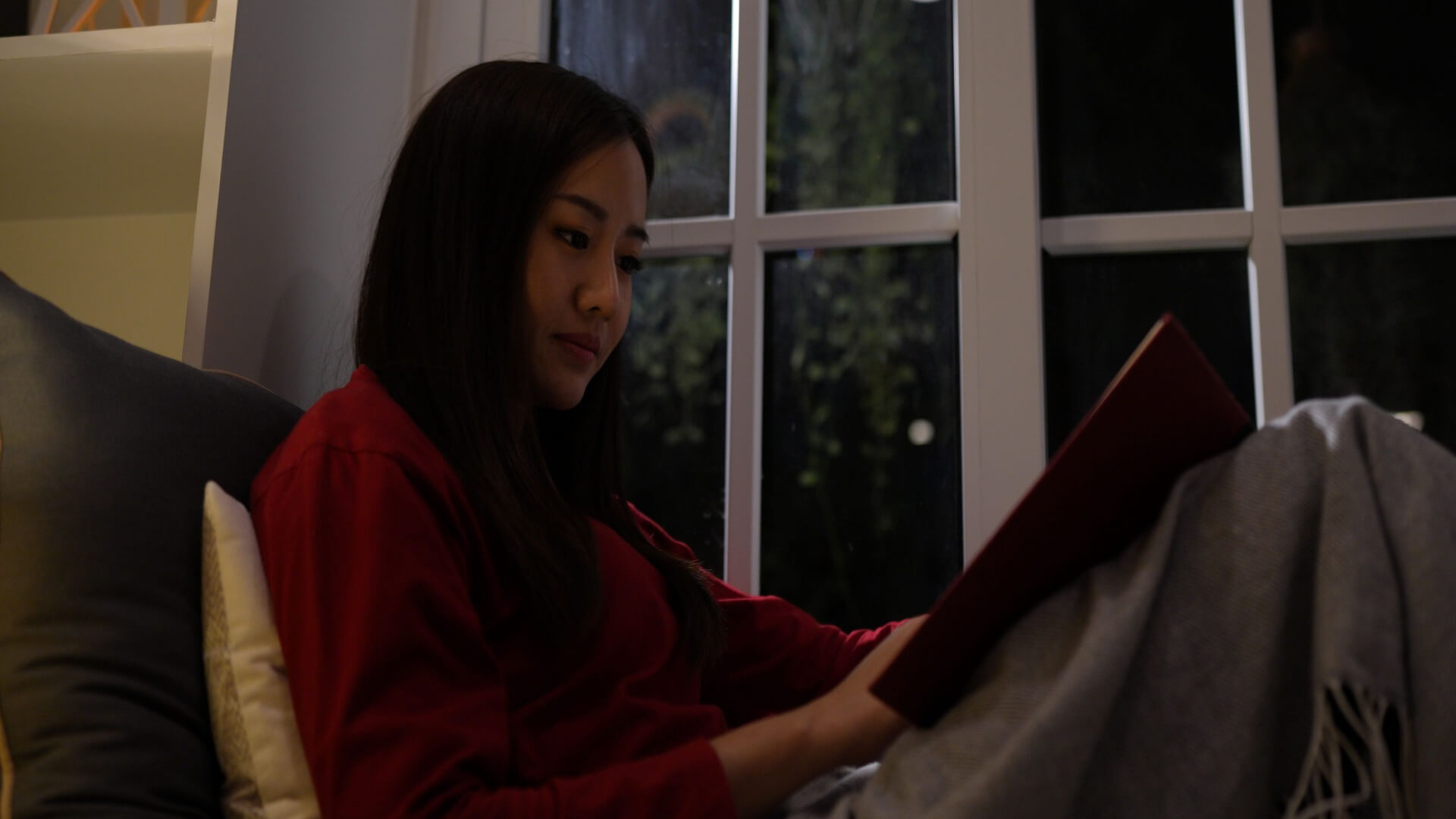 What to do instead of polyphasic sleep

If you naturally wake up in the middle of the night, don’t fret. It won’t harm your health — as long as you’re sure to get enough sleep in a 24-hour period. Just be sure to practice good sleep hygiene so that you can fall asleep again when you’re ready.

On the other hand, if you’re flirting with the idea of polyphasic sleep, Korn-Reavis cautions against it. There just isn’t any compelling evidence pointing to its benefits — and there’s a lot of room to mess up your sleep schedule.

Although segmented sleep isn’t (at least not according to sleep research) the life hack you might have been hoping for, Korn-Reavis offers a dreamy silver lining: naps. Polyphasic sleep may not work wonders, but she affirms that “Naps, on the other hand, are very useful for people. You can take a nap for a lot of different reasons, but you have to do it properly.”

How to nap properly

So how do you take a proper nap? Here are 4 sleep-specialist approved tips:

Unlike polyphasic sleep, which tries to maximize REM cycles, naps should be short enough that you don’t go into REM sleep. A too-long siesta that crosses into REM will leave you feeling like you’ve been “run over by a truck.”

In our interview, I asked if there was any truth to the myth of drinking caffeine before a power nap — and the response was encouraging. “I haven’t seen the science on it,” Korn-Reavis said. “But caffeine blocks adenosine [the hormone that regulates arousal and makes you feel sleepy]. If you drink something caffeinated right before you lay down for your nap, it should have started to kick in by the time you get up.”

Naps can be a regular part of your schedule, but they can also help you compensate for an unusually rough night. Because naps count as part of your seven to nine hour quota, they can prevent you from building up so-called “sleep debt.” If you’re keeping them short, however, that means you still need to aim for at least seven hours of sleep at night. And try not to take them too late in the day, or you’ll find yourself awake at night.

4. Stay away from screens

Artificial light and portable devices are probably the biggest modern threat to a preindustrial sleep schedule. If you’re going to lay down for a nap, leave your phone out of it. The light and notifications are likely to prevent you from getting any real downtime.

Korn-Reavis says it’s okay if you don’t sleep during your nap time, as long as you lay down and rest. After all, there are many types of rest we need, and it’s okay if you’re not tired midday. Paying attention to these natural rhythms helps you build self-awareness.

Hack your sleep the right way

Segmented sleep has some strong historical and anecdotal evidence, but research says that it might not make sense for your overall sleep health. No matter how promising it sounds, getting less sleep hasn’t shown to be more healthy — or effective — in the long run.

Sleep Specialist Coach Amy Korn-Reavis instead emphasizes that “Sleep is about everything but what happens in bed.” Rather than trying to “hack” your physical well-being, master one trick: paying attention to your body and what it’s trying to tell you.

Sleep trackers will give you part of the story, but Korn-Reavis says that people tend to think that sleep trackers are far more effective than they are. The way to understand your sleep (aside from a professional sleep study) is with consistency. Build a routine that starts in the morning to promote healthy sleep at night. It’s the key to your overall well-being, productivity, and health.

Emotional well-being can impact everything from your outlook on life, relationships, and health. Learn what it is, and practical ways to achieve it. Read More
Well-being
16 min read | January 27, 2021

Self-management is one of those “must have” skills for today. Maybe you’ve heard it thrown around as something everyone should work on. So the good news is, you can develop... Read More
Well-being
14 min read | May 19, 2021

Learn what a beginner’s mind is and how to cultivate one. Even when you have experience on a topic, you can rediscover a sense of wonder and be open to new ideas. Read More
Well-being
15 min read | July 12, 2021

How mindful breathing can change your day (and your life)

“Eat whatever you want” doesn’t sound like much of a diet, but it can change your life. Learn what intuitive eating is, how it works, and its benefits. Read More
Well-being
12 min read | July 8, 2022

10 ways to become your best self

Explore what it means to be the best version of yourself and discover steps to help accomplish just that. Read More
Well-being
14 min read | September 7, 2022

Put the brakes on workaholism and burnout by discovering what to do when you can’t stop working — without sacrificing your productivity or success at the office. Read More