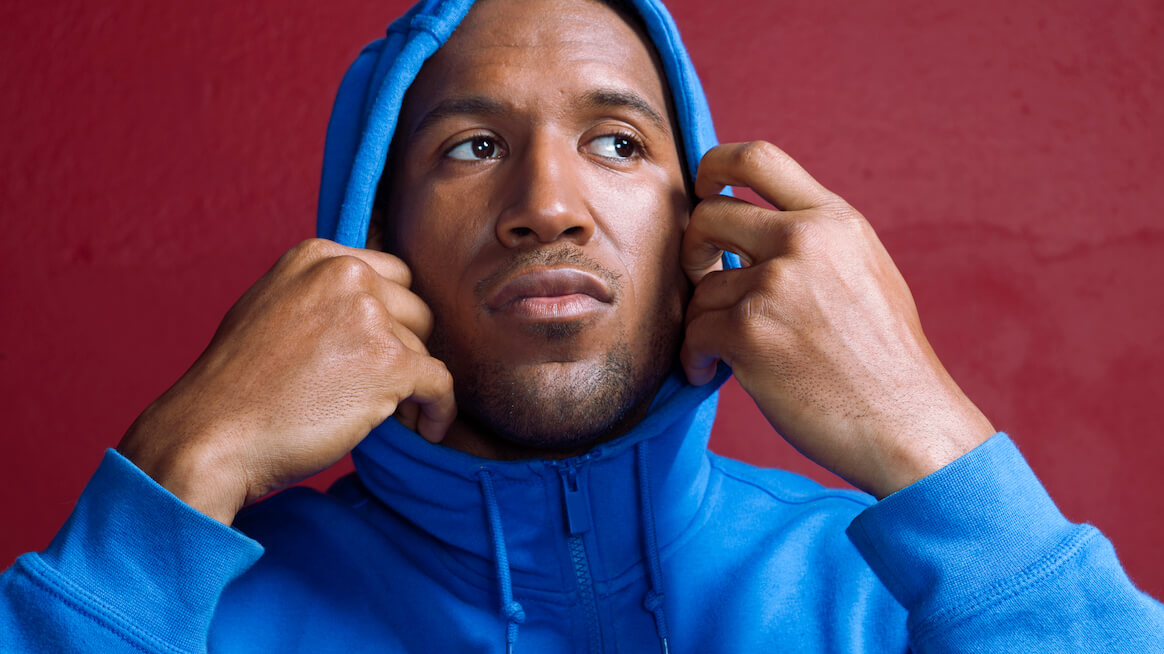 Why do athletes suffer from mental health issues?

Which factors are most affected by an athlete's mental health?

Why is there a stigma around mental health in athletes?

Understanding the importance of mental fitness in athletes

Exercise is well-known for its positive effects on mental health. But that doesn't mean athletes are immune to depression and anxiety. Data from the American College of Sports Medicine indicates that 35% of elite athletes struggle with eating disorders, burnout, depression, or anxiety.

That said, conversations about mental wellness have become more prevalent and commonplace. The superheroes of the athletic world are finally encouraged to remove their red capes. Their decisions highlight how interconnected emotional well-being is with performance.

We even buy into the notion that they "thrive" under pressure. That athletes rely on a mix of superhuman skill and the roar of the crowd to achieve at the level they do.

But what is mental health in athletes, and why is it important? We'll consider these questions and offer ways athletes can rebalance their mental health journey.

In the United States, about one in five adults live with a mental health condition.

That's over 46 million people. And as impressive as they might be, athletes are human beings. They also deal with stressors in their day-to-day lives.

Because of the incredible strength and achievement under pressure that elite athletes display, we think they are somehow made of stronger stuff than the rest of us.

However, the reality is that athletes may be even more prone to mental health issues than the general population. That means that it's even more crucial to elevate conversations about mental health awareness in athletes.

Why do athletes suffer from mental health issues?

Mental health issues can affect anyone at almost any stage of life. Athletes handle extreme requirements and pressure. So they can be subject to more stress triggers more often than the overage person.

To get more specific, we listed a handful of common causes of mental health issues in athletes below:

The science behind mental health in athletes

The theory states that people have an underlying predisposition for certain conditions, and these traits lie dormant until exacerbated by stress.

We can use the diathesis-stress model to understand why athletes are at increased risk for mental health issues. We may assume that they have the same risk of mental health conditions as anyone else, but it's clear that the stressors they face are much more significant.

Defensive lineman Solomon Thomas, previously of the San Francisco 49ers, reflected, “It’s like you are being judged for everything you do.” The constant pressure of being observed, measured, and penalized for their behavior can be overwhelming.

Sports psychologist Matthew Sacco, Ph.D., says that while athletes report depression at roughly the same rates as the general population, "the unique culture of sports can serve as a pressure cooker."

Sports tend to reward toughness, perfectionism, and competitiveness. At the same time, athletes are also discouraged from "taking it easy" or asking for help. In a study of college students, researchers found that collegiate athletes are less likely to seek treatment for their mental health problems than other young adults.

Which factors are most affected by an athlete's mental health?

We know that there's little distinction between the internal and external self when discussing mental health. Excessive stress can lead to physical symptoms, like sweating, heart palpitations, and poor sleep hygiene.

When athletes set a clear goal and are able to meet it, it improves their self-efficacy and self-esteem. However, even the best teams and the best athletes sometimes lose. If the team is doing their best but doesn't meet unreasonable standards, both team morale and performance are likely to suffer.

Visualizing a successful outcome is a crucial part of preparing for elite and professional athletes. Many business leaders and professionals also use these tactics to meet other (non-sports-related) goals.

However, Dr. Miele notes that it's vital for athletes to learn to silence their inner critics. Just as imagining a successful outcome can give players an extra edge, imagining a worst-case scenario may be self-fulfilling.

Many athletes have a pre-game routine that gets them in the mental state needed to do their best. These routines often include visualizations or superstitious rituals.

Routines, built on the same science as habits and muscle memory, are more than "just for luck." A pre-game ritual helps athletes feel more in control. The familiar sequence provides comfort and primes the brain and body for performance.

Athletes may feel pressure to hide their struggles with mental health. They may think that letting people in will disappoint their team or coaches or make them next on the chopping block.

While these are real concerns, they're primarily fueled by the existing stigma around mental illness. The reality is, when athletes — and people in general — are encouraged to be proactive about taking care of their mental fitness, they perform better. Moreover, they are more equipped to manage the pressure, anxiety, and stress of their roles.

Here are some signs that an athlete may need support managing their mental health:

If you recognize these signs in yourself or an athlete you know, it may be time to reach out for support from a mental health professional.

Why is there a stigma around mental health in athletes?

Speaking up about mental health is complicated. Compound the internal struggle of acknowledging and managing your feelings with the judgment of those around you. Now imagine that this judgment extends beyond your direct network.

Professional athletes are vulnerable to criticism from people all over the world. The stigma around mental health in athletes is skewed by perception. Some may wonder how someone so strong and elite be subject to mental health issues. But their physical abilities have little to do with their mental health.

These are some of the most influential factors that feed the stigma around mental health and athletes:

The primary cause and continuation of the stigma around mental health and athletes is a lack of communication.

So it's essential to open the door for athletes to address their mental health issues and share them with others if they feel comfortable. 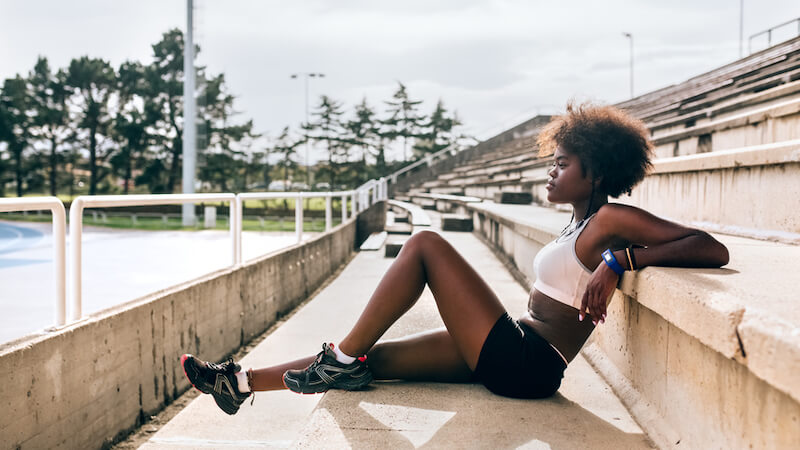 How the 2020 Olympics challenged the mental health stigma

Something unique and truly unprecedented occurred during the gymnastics final at the Tokyo games. Simone Biles — the world's best gymnast — walked off the floor.

She wasn’t the first to talk about mental health struggles as an athlete. Naomi Osaka had withdrawn from the French Open months before, and Olympian Michael Phelps openly shared his depression. But there was something special about Simone Biles' platform and visibility.

Her brave and historic move empowered athletes and everyday people to speak up about their mental health concerns. Biles' actions challenged the idea that we require pressure to thrive. She knew that if she continued to compete, she risked both her mental and physical well-being.

Given their visibility, they opened the door for people to talk about mental health in two ways:

They inspired people in every industry to be more aware of the connection between mental health and peak performance.

They encouraged people to be transparent about their mental health without seeing it as a sign of weakness.

Understanding the importance of mental fitness in athletes

The 2020 Olympics, the French Open, and even recent changes in the NFL are pointing the way to a new era for mental fitness. People are beginning to embrace — on a systemic level — that we do our best when we are proactive, not reactive, about our mental health.

We train for marathons, tournaments, and the Olympic games because we know that at some point, playing at an elite level means putting our physical well-being under intense strain. Athletic trainers cite the importance of taking rest days, which not only prevent physical injury but are essential to muscle growth.

We develop mental fitness in much the same way. When we know that we may become intellectually or emotionally strained, we can implement ways to both strengthen and rest our minds. Just as with physical health, it's important to prioritize well-being, reduce the risk of harm, and take care of our whole selves daily.

How athletes can manage their mental health

Professional athletes have long been a source of inspiration for people all over the world. They represent more than physical prowess. Athletes demonstrate endurance, commitment, teamwork, and success. But the health of athletes — especially their mental health — has been largely taken for granted unless they're injured.

But there's one more thing that we should take away from the world of professional sports. Not one athlete can reach the level of success they hope to attain without a coach.

Coaching isn't just for elite competitors. It is essential for improving performance, well-being, self-awareness, and personal effectiveness. And, in a post-pandemic, post-Tokyo Olympics world, mental fitness is finally taking the center platform as the key to what puts success — and happiness — within reach.

The best mental health podcasts to listen to any time

What sports psychology can teach us about mental fitness

To stay on top of your game, you gotta think, train, and rest like an athlete. Read on for the parallels between sports psychology and mental fitness. Read More
Research & Insights
16 min read | February 9, 2022

Meditate like a pro: 3 Inner Work® lessons from Pau Gasol