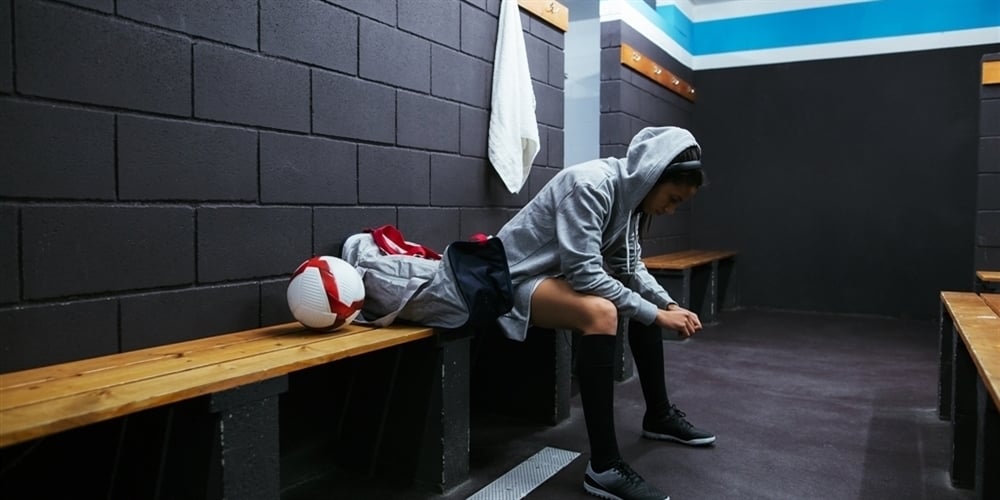 The seismic restructuring that shapes us

We’re launching a new series, People Insights from Insights People, to let you hear from some of our talented behavioral scientists here at BetterUp. We want to know what’s on their minds (or in their minds) -- we’ll be discussing new developments in the field that they find most interesting, what questions leaders get stuck on, and what all of us keep getting wrong about our own and others’ behavior.

What about this story interested you? Why this topic?

Baker: Resilience is a frequent topic these days. Between the ongoing disruptions to our lives and the heightened need for innovation in organizations, resilience is the word of the moment, especially in business.

But, all too often we’re talking about a pretty short time horizon. This story does an excellent job of capturing how resilience as a mindset, skill, and way of being can have very significant long-term benefits for a person.

What can we, as leaders and people managers, take from this story?

Baker: For our people, and ourselves, we can establish the mindset that significant failures can be the beginning of something great. We shouldn't be so afraid of taking risks and failing. Conversely, if we only succeed and don't experience challenging setbacks to recognize that this can actually be detrimental to our long-term success and well-being. Playing it safe to avoid failure isn’t a great strategy. And finally, and most importantly, resilience can be learned.

It was 2014, the winter Olympics women’s hockey final. The U.S. women were the better team for 56 and 1/2 minutes; the final three and a half did them in. Canada scored two quick goals to tie, then won in overtime 3-2. The U.S. got silver.

As you can see by their faces, this reversal of fortune was … disappointing.

There’s even a name for this look: silver medal face. A face that has launched a thousand memes.

The emotional difficulty of this type of failure is profound: Blaming yourself, gold medal envy, regret, self-doubt. What if I had skated a little faster? What if I took a chance instead of playing it safe in the last few minutes? The “what ifs” are both intense and potentially endless.

And for a brief moment in time, it plays out on a very public stage.

It begs the question: What does this type of defeat do to a person after that moment? Do they persist as a failure, or do they somehow bounce back?

Well, an economist from the University of Virginia had a similar question; how did silver medalists fare over the course of their lives? And, to make it more interesting, he wanted to know how did the lives of silver medalists compare to that of gold medalists?

So he studied Olympic athletes from 1846 to 1948 to see what had happened.

What he found was surprising.

Silver medal athletes went on to live longer and more successful lives than gold medalists. They were more ambitious in their post-athletic careers and found better paying jobs. And — by the age of 80 — about half of the silver medalists were still alive compared to only a third of gold medal winners.

Not only did the silver medal athletes bounce back, they emerged stronger.

Why? These silver medal winners (or gold medal losers) experienced something called post-traumatic growth. In other words, they developed resilience. They had a stressful experience, recovered, and grew stronger as a result.

Ironically, failure was their ticket to success.

Failure was the event that cracked open the door to new mindsets and behaviors that would serve them well later in life.

The seismic restructuring that shapes us

Psychologists have found that these types of seismic restructuring events are incredibly important for growth.

Healthy development is marked by these “disintegrations” of our personality. When we are forced to question and reevaluate who we are as people we can build ourselves anew.

The silver medalists failure to win gold forced them to reevaluate their identity — I’m not a gold medalist, I’m not the best. Well then, who am I?

This process of questioning builds resilience. That resilience allowed the athletes to rebuild themselves, to continue to learn and grow for the rest of their lives.

And this new person lived longer, earned more, and took greater risks. Why? Because they knew they could recover and learn from failure.

Now, most of us won’t compete in the Olympics. But, we all experience failure and disappointment. What is essential is to learn to treat these setbacks and seismic restructuring events as the opportunities that they are. If we can accept these disappointments rather than fear or avoid them — if we can figure out how to explore and grow through them — we too can develop Olympic-level resilience.

What’s really cool is that not only can resilience be learned, we can actually accelerate this process by developing the right mindsets and behaviors.

In the Comprehensive Soldier Fitness Program, co-developed by the father of positive psychology Dr. Martin Seligman, a million US Army soldiers focused on developing emotional intelligence, building mental toughness, and envisioning an optimistic future. Long term studies have demonstrated that the soldiers completing this training have higher resilience and are able to respond more positively to the adversity they encounter.

And, in our own coaching work, we have seen a near doubling of resilience for those who start low in this area. Even during this incredibly disruptive pandemic.

The truth is, we all will experience failure and adversity — we will all have our moments of silver medal face. And lucky for us that we do! Because the resources you cultivate from these setbacks can shape how you respond to adversity the rest of your life.

Decisions that will make you a leader

Get the run-down on decisions that will make you a leader, transform your impact on team members, and enable you to overcome obstacles with resilience. Read More
Leadership & Management
5 min read | October 8, 2020

A new study shows how resilience boosts your bottom line. Plus, three questions to ask yourself about resilience. Read More
Well-being
7 min read | May 24, 2021

This is the first post in our six-part series on resilience. Learn the key drivers in building resilience for yourself, your teams, and your workforce. Read More
Leadership & Management
8 min read | August 13, 2021

How Stanford Executive Education embraces vulnerability as a form of resilience

How to develop a resilient mindset: Recovering from setbacks

Looking to develop a resilient mindset? Learn key tips on how to strengthen your resilience. Plus, discover how to let go of things you can’t control. Read More
Well-being
16 min read | August 30, 2022

What is resilience training and why does your team need it?

Here’s how resilience can help you cope with stress

Feeling stressed? Learn how resilience can help you with stress management. Plus, discover how you can use your resilience to cope with workplace stress. Read More