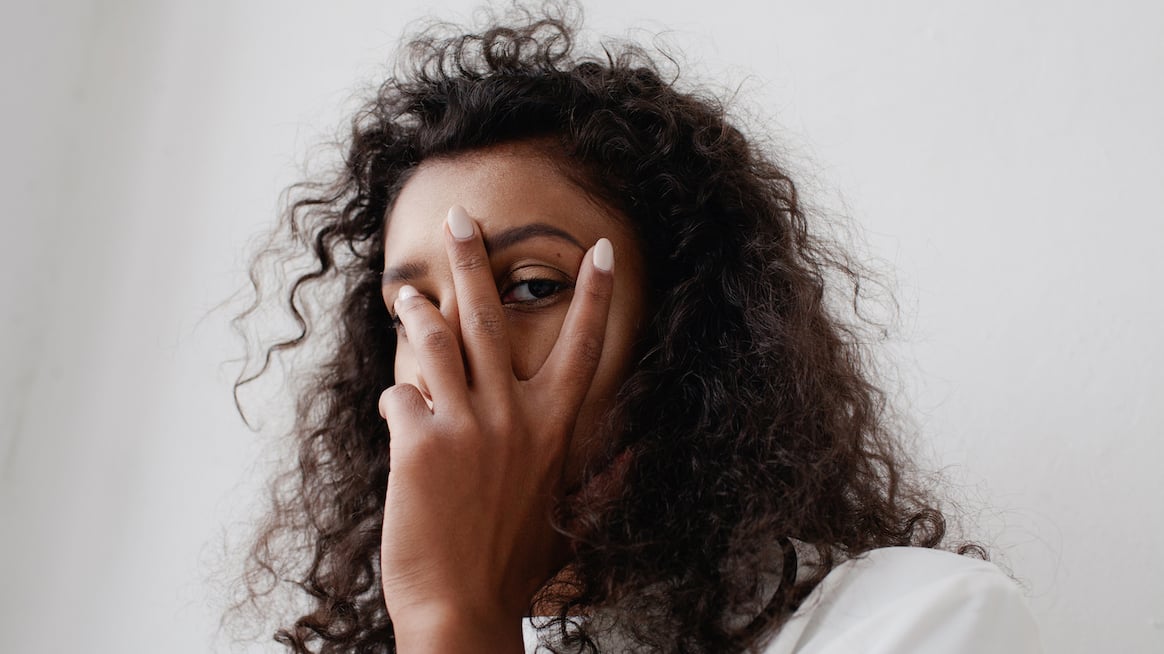 What is exposure therapy?

What is prolonged exposure therapy?

If you've ever struggled with intense fears, or know someone who has, you might have heard of exposure therapy. In the business world, we often encounter a version practiced outside the realm of clinical psychology — training and coaching designed to overcome the fear of public speaking or presenting in front of a large group.

Few fears beyond fear of public speaking or fear of flying are considered fair game at work so exposure therapy isn't likely a lunchtime conversation topic. The reality is, even outside of work, we often don't know if someone suffers from anxiety or if they're seeking treatment — whether behavior therapy, psychotherapy, or medication — for it.

One silver lining of the pandemic is that mental health concerns are being brought into the open. While less stigma is good, there are still a lot of gaps in people's knowledge and inaccurate information.

What is exposure therapy?

Have you ever heard something along the lines of “you have to face your fears to get over them"?

Well, exposure treatment is similar to that. The basic idea of this type of therapy is that by controlled, safe exposure to a feared object, guided by a clinician, a person can achieve cognitive restructuring -- essentially, the pattern of stimulus and automatic response is interrupted. A new pathway and connection that is more adaptive are created.

Exposure therapy is a treatment option recognized by the American Psychological Association and other professional bodies around the world. It is a type of behavior therapy, sometimes lumped into a larger category of cognitive-behavioral therapy (CBT), which makes use of evidence-based techniques in order to expose a person to the stimulus that causes them anxious feelings or fear.

It is worth understanding that behavior therapy is one form of psychotherapy. It focuses on mapping stimuli and maladaptive responses and changing those responses. Behavior therapy is a fast therapy. It can bring significant benefits in the short term by focusing on the "what" without trying to understand the "why" or root of the stimulus-response patterns.

The final goal is to improve the client's ability to function by reducing their level of anxiety so that when faced with this stimulus again, it does not affect them the way it used to.

There are several different ways to approach exposure to feared stimuli. The best types of exposure for a given condition depend on several factors, as assessed by a trained clinician. Obviously, there are some limitations depending on the feared situation and the circumstances surrounding a specific phobia. In addition, the type and magnitude of response associated with the stimulus should be considered.

Placing someone back in a traumatic event or experience should not be approached lightly, say by a well-meaning family member trying to help. 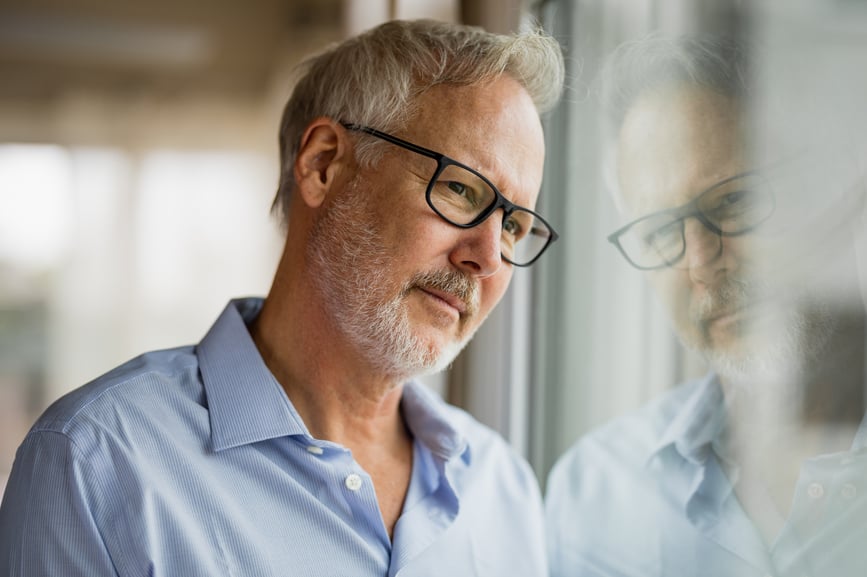 People who suffer from OCD experience obsessive thoughts centered around a certain theme. They engage in compulsive behaviors to relieve the anxiety they feel due to these thoughts.

Obsessive thoughts can vary, however, some common themes are:

The compulsions that people can experience due to these obsessive thoughts are also diverse. Common compulsive behaviors include excessive cleaning, disinfecting, checking, repeating, counting, evening out numbers, and even body movements such as exaggerated posture correction.

While OCD is sometimes portrayed as quirky in pop culture, obsessive thoughts can be very distressing. The compulsive behaviors can become so elaborate or constant — such as hand-washing to the point of bleeding or sequences that have to be restarted if they aren't executed perfectly — that they interfere with basic daily living and working.

This is a disorder that may happen when a person has witnessed or experienced a traumatic event, such as sexual assault, a serious accident, a natural disaster, a terrorist attack, or violence.

People who suffer from PTSD may have disturbing thoughts and feelings related to the trauma they experienced, but that has already ended. These responses may come out of the blue, or they could be triggered by a stimulus that reminds them of the trauma. Moreover, these may include bodily responses (anxious symptoms, freezing up…), sadness, fear, flashbacks, nightmares, or night terrors.

For example, a person who has been sexually abused may experience flashbacks of the moment it happened and might have an unpleasant bodily response to physical touch.

This disorder is characterized by constant worry about everyday life events and topics. Anxiety is a necessary response our body has as a survival mechanism, but it becomes a problem when this anxious response is not necessary because there is no danger or threat that needs a “fight or flight” response from us.

For instance, a person with GAD could experience anxious symptoms over a loved one not responding to their texts, or over fear of the future.

This includes any extreme and persistent fear of something or of a situation that causes the person to avoid it at all costs, sometimes resulting in issues in everyday life activities.

Some common phobias are agoraphobia (fear of open and public spaces), claustrophobia (fear of closed spaces), and phobia of specific things such as a certain animal or object.

This disorder consists of an extreme fear of social situations that involve meeting people or engaging in interaction with others. It can include thoughts of being constantly watched and judged by others.

A person who suffers from social anxiety disorder might avoid social situations such as parties or work colleague gatherings in order not to feel this anxiety. They suffer additionally the loss of social connection.

This anxiety disorder is characterized by regular panic attacks that sometimes have no specific trigger. This can often interfere with everyday tasks and activities.

This can include a wide variety of trauma, which is a response our body and mind have to a stressful or distressing situation. Trauma can leave the person feeling helpless, wounded, and lacking the ability to cope with certain feelings and emotions.

Examples of trauma include having experienced sexual assault, a terrorist attack, a natural disaster, domestic violence, or an abusive upbringing. 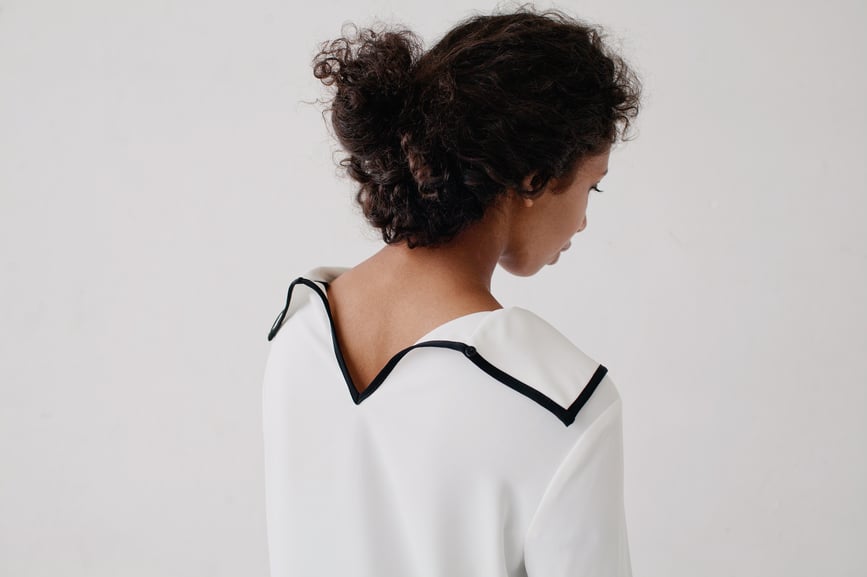 What is prolonged exposure therapy?

Prolonged exposure consists of having a person face their fear for an amount of time that enables them to experience the peak of their unpleasant and anxious bodily responses, and then a decrease of this anxiety for the body to reach its neutral state.

With this kind of exposure, it is very important not to interrupt the exposure period before the person’s body has reached its neutral and relaxed state again, as doing so could result in the opposite effect that the therapist wants to achieve with this exercise (i.e. the person’s fear is even more instilled in them).

That is the key question, right? It is unlikely for us to make an effort to do something when the results are unclear. Of course, when we talk about techniques to improve our lives, to adapt our behavior, or to face and overcome irrational fears, the degree to which we succeed will depend on our particular case. Certain variables must be taken into account.

Before jumping into them, it is useful to consider some data. Exposure therapy is a scientifically proven type of therapy. Between 60% and 90% of people experience a significant improvement after receiving it.

It is a powerful and effective technique.

This might leave you wondering why it works for some people, what the variables are that predict success, and if you would be able to overcome your fears through this technique. Those are all relevant questions.

To answer them, two primary variables come into play:

As we have seen throughout this article, there are many ways a licensed therapist may apply exposure therapy. It isn't a pleasant process for the individual, but it tends to have rapid and significant benefits for their quality of life and well-being.

Think of it like going to the physical therapist: in the sessions, some massages on the affected muscle may hurt. After a few sessions, the pain starts to lessen, until you are finally feeling much better, able to move in ways you couldn’t before, and without having to experience muscle pain.

Exposure therapy is similar. The sessions are sometimes difficult to go through, but if you visualize your end goal and keep at it, it will gradually get easier. Soon you will be able to live and move about with greater ease, without this fear getting in the way of your day-to-day life.

BetterUp Coaches can help individuals see how fear or anxiety is affecting their lives and recognize when to seek professional treatment. Learn how BetterUp Care can support your team.

Making friends and getting along with others is crucial to our well-being. Learn how you can build meaningful personal and professional relationships. Read More
Well-being
6 min read | January 22, 2020

Did you know that the World Health Organization formally labeled burnout an “occupational phenomenon”? What can you do to help your exhausted-engaged employees thrive? Read... Read More
Well-being
18 min read | February 3, 2021

Improve your focus and concentration: 15 ways to build your skills

Knowing how to improve your focus and concentration are key to excelling in all walks of life. Learn how to improve them and factors that may affect them. Read More
Well-being
9 min read | November 1, 2022

This election season seems hard. More than 50% of us are lonely. Many burnt-out. We asked a panel of coaches what they’re seeing and what to do about it. Read More
Well-being
11 min read | January 28, 2021

Physical well-being and health: What it is and how to achieve it

Physical well-being is connected to everything from our emotions to our careers and finances. Learn what it is, why it's important, and how to improve it. Read More
Well-being
3 min read | February 1, 2021

We have been shaken to our core by the tragic and heartbreaking acts of racism and injustice against Black Americans – these acts have no place in our society. At BetterUp,... Read More
Well-being
13 min read | August 12, 2021

Does talking about holistic wellness make you feel silly? It’s a thing, we promise. Learn the 7 components and their importance for overall health. Read More
Well-being
19 min read | August 3, 2022

Do you feel overwhelmed all the time? Here’s why

Curious about why you feel so easily overwhelmed? Discover what causes you to feel overwhelmed, its consequences, and how you can work through your feelings. Read More
Well-being
14 min read | October 4, 2022

Squirrel! How to increase attention span so you get stuff done

When learning how to increase attention span, there are several methods you can use. By practicing them, you can improve your focus and perform better. Read More