Do I have to negotiate my salary?

How to negotiate a job offer

What to say during a salary negotiation

How long do salary negotiations take?

How to accept the offer

You may have heard the advice that you should always negotiate your salary, or "never to accept the first offer." And there's some merit to this. Learning when and how to negotiate salary can make a huge difference in your earnings over your career.

However, it can feel really intimidating to bring up money at any point in the interview process, especially when it’s for a job you really want. Learn the dos and don'ts for successfully navigating negotiating a salary increase and why it makes such a big difference in your career.

Do I have to negotiate my salary?

Now, you don't have to negotiate your salary, but it's a great idea. You can almost never go wrong by negotiating salary. Many people are concerned that by asking for more money, they might lose the job offer — but that's almost never the case. After all, most job offers don’t disclose the salary range upfront, so recruiters expect that you’ll have to talk about it at some point.

While it's not a mandatory part of the process — and almost no company will insist on giving you more money — negotiating is a good idea. After all, you can’t get more money if you don’t ask for it. And given raises are often based on a percentage of your base salary, it could mean the difference of thousands of dollars over your career.

Benefits of negotiating your salary

If your salary is based on a percentage of your income, then it makes sense that a higher salary would equal higher raises — and even higher bonuses.

Negotiating your salary can also set you up to be happier at your new job. In one research study participants who used collaborative negotiation were more satisfied with their job offers and their jobs. This can also lead to feeling more confident about what you can bring to the table and that your employer values your skills. 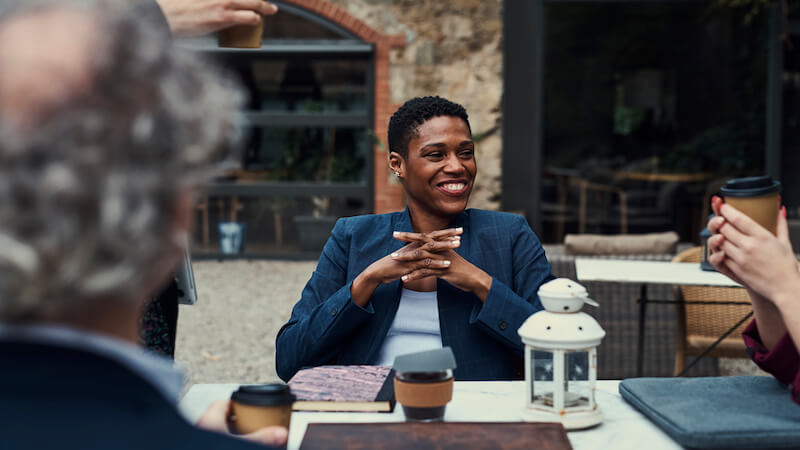 How to negotiate a job offer

Typically, you have the most leverage when salary negotiations come last. However, this can be nerve-racking, since you run the risk of ending up with a low offer after multiple interviews.

But you shouldn't feel that you'll lose the position just for negotiating it. The company is clearly interested in you as a candidate, or you wouldn't have made it through multiple rounds of interviews. At this point, you're likely one of the top two candidates. Determining a compensation package is the last part of the negotiation before they finalize a candidate in the role.

In the other two scenarios, you still have a little bit of room to negotiate. Depending on how far the salary is out of your range and how interested you are in the position, you can test the range.

When salary negotiation occurs earlier in the process, you'll want to gauge your rapport with the hiring team. It takes a little bit of finesse (and a lot of bravery) to bring up money upfront. However, it can benefit both parties — and even help you reiterate your interest.

What to say during a salary negotiation

In a salary negotiation, the money conversation typically happens on the phone, in person, or via email. Both can be tricky. For one thing, nerves might make it hard to bring up salary in a real-time conversation.

If that's the case, you'll benefit from researching similar positions ahead of time. Look up the appropriate compensation range for your experience, the position, and the potential employer. Sites like Glassdoor, LinkedIn, or Payscale can be helpful resources in your job search. Dial into the company that you're interviewing with as well as their competitors.

Pick a number that you feel good about. Consider running it by other people in the industry and who live in the area that you're applying for to see if they have an inside opinion. One strategy you could use is to send the job description to a mentor and ask them what they believe that position should pay. This is especially useful if the salary is not listed in the job description.

If you're negotiating salary by email, you’ll probably still feel nervous — but for a different reason. It's common to second-guess yourself when you're negotiating salary. The lag in communication can make it even more nerve-wracking. Without tone of voice, facial expressions, and other non-verbal cues,  you may tend to overthink every word you say. You can use that to your advantage. Take a few extra minutes to read over your response before you hit send (strongly recommended).

Particularly by email, where conversation and tone can be misconstrued. Aim to come across as professional and amiable. Reiterate your interest in the position and your excitement about the opportunity. You want to give the impression that you will still be interested in taking the role, no matter what. However, your negotiation is part of establishing a happy working relationship.

Of course, don't say that if it isn't true. If you are determined to walk away and decline the job offer if you don't get a certain amount, then they should know that as well. Just maybe don't lead with that information.

A good way to open the negotiation process is to ask, “Is there any flexibility in that number?” Phrasing it in this way indicates that you're willing to work with them. If they're not able to raise the number that they've offered you, they may still be able to give you a signing bonus or another perk to offset the lower salary.

What not to say

When people are nervous, there's a tendency to provide way too much information. Try to avoid this. They don't need to know all the personal reasons why you need to make more money, and it won’t help you get the job. And in some places, it’s even illegal for them to ask about your current salary. Don't be afraid. Just stick to the value you can bring to the role.

As mentioned before, avoid opening your counteroffer with an ultimatum. While most interviewers and recruiters are open to negotiation, many will react poorly to an ultimatum. They may consider an ultimatum a reason to rescind the offer. They won’t mind that you negotiated — but they will mind that you were difficult about it.

Remember you're joining the team, so camaraderie is important.

Don't hold a job offer over their head. if you've received a job offer from another company, it's okay to disclose that — especially if they ask you. But don't pretend that you have one just to try to force them to make a decision. They may decide to free you up to go with the other company, leaving you unemployed.

If you're really worried that you might say the wrong thing, you could always practice your negotiation skills with a communication coach. Many communication coaches have a background in human resources and business and can tell you from experience what to expect during a salary negotiation. They can also help reassure you that this part of the process is scary but normal. 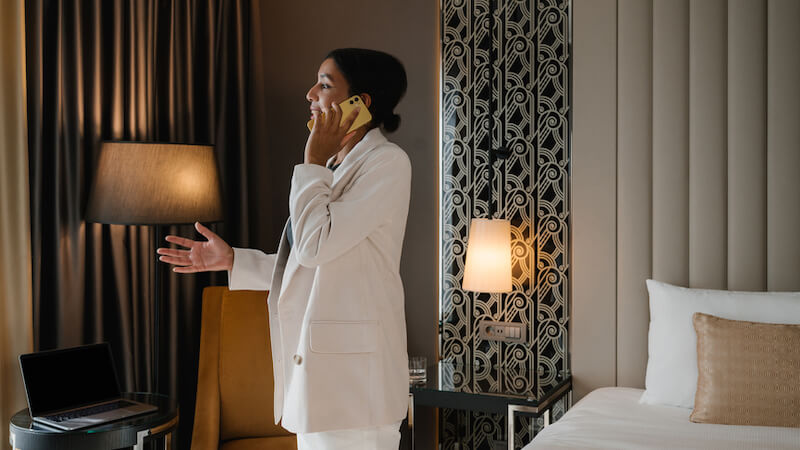 How long do salary negotiations take?

If you're asking for significantly more money than the original offer, they may have to have it approved by C-level executives or members of the board. That may take additional time. Conversely, if you have another job offer pending, that may influence their decision and speed up their response (in either direction). No matter how eager you may be to quit your job, it's important to be patient.

How to accept the offer

When you choose to accept the final offer — and the salary and benefits package along with it — be sure to thank them. Reiterate your excitement about taking the position. From this day on, you're part of the team — and congrats on the new role!

This is a good time to ask for clarification on any other benefits, like a 401(k), health insurance, or paid time off. Any changes to your standard offer, like a signing bonus or stock options, should be written in your offer letter.

Negotiating your salary can be challenging, but it's a great way to start off your role on the best foot. You want to feel as confident as possible, and you don't want the thought in the back of your head that you could have — and should have — asked for more money.

Negotiating your salary up-front should help you feel good about speaking up for yourself, and reassure you that the company values both you and your contributions to the team. And learn more about the relationship between your mental health and money.

Finding common ground with anyone: A quick and easy guide

Learn the benefits of finding common ground and how to do so with people you know or with strangers. You’ll also learn how to use common ground in negotiations. Read More
Professional Development
23 min read | December 21, 2021

What is networking and why is it so important?

With these tools, you’ll see why networking is so important, what networking is, and how to make strides on your career path by making new connections. Read More
Professional Development
14 min read | December 21, 2021

Get your New Year started off right with these captivating books that will expand your mind, make you pause, and maybe give you a fresh perspective on yourself and the people... Read More
Professional Development
15 min read | August 1, 2022

How to negotiate: 7 tips for effective negotiation

Knowing how to negotiate is a super skill in a range of circumstances. Here are 7 tips for negotiating effectively and fairly. Read More
Professional Development
13 min read | September 1, 2022

Stand out to your hiring panel with a personal value statement

What’s a personal value statement, and why do you need to write one? Learn how to make your resume stand out to recruiters and hiring managers. Read More
Professional Development
13 min read | October 12, 2022

For many of us, networking fell by the wayside during the pandemic. But now it’s time to get back out there. Here’s a refresher on how to network in person. Read More
Professional Development
14 min read | October 19, 2022

How to decide between your current job and a new opportunity

How do you to decide between current job and new job offer? It’s not an easy choice. But with these tips, you can make the best decision. Read More
Professional Development
13 min read | November 1, 2022

Discover how to get noticed by upper management at work

Pick up some tips to help you learn how to get noticed by upper management. Plus, learn why getting noticed matters for your career development Read More
Professional Development
12 min read | January 9, 2023

Find out how to build a network from scratch

Building a network from scratch can seem daunting, but it only takes a few actionable steps — check out our networking tips to get started. Read More