Parenting styles: Learn how you influence your children’s future 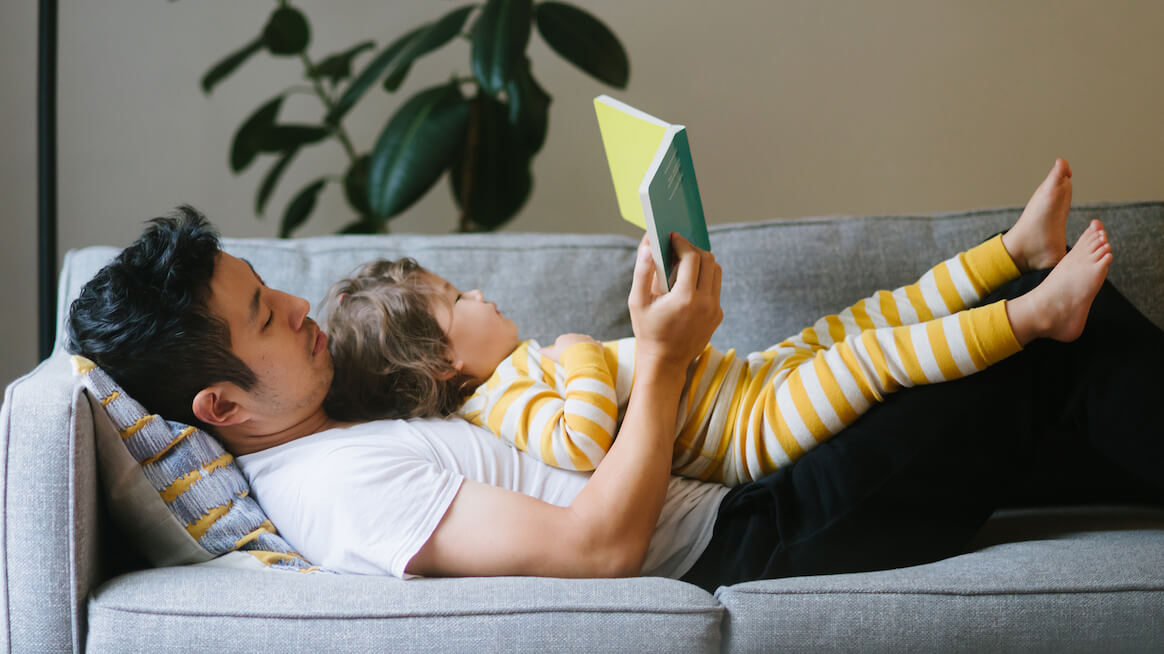 What are parenting styles?

4 parenting styles — and how to identify yours

The impact of parenting styles

Limitations of research on parenting styles

Every parent-child relationship is different. Yet, there are some things about raising children that seem to stay the same no matter what.

That holds true for our approach to raising kids. While we all have different values, cultural backgrounds, and circumstances, research says that we all fall into one of four distinct parenting styles — and these styles can have an impact on your children’s future.

What are parenting styles?

These parenting styles came from her observations. Later, researchers Maccoby and Martin identified that each different parenting style was a blend of support (responsiveness) and control (demandingness). The extent to which they favored one trait over the other determined their parenting styles.

This led to the determination of a fourth parenting style, neglectful or uninvolved, that was low in both traits.

Further research on parenting practices largely centered on trying to determine which style of parenting had the most positive effect on children and their long-term mental health.

4 parenting styles — and how to identify yours

Parents that provide a high amount of both support and demand are considered authoritative. While they set rules and hold their children accountable to high standards, they can be very gentle and loving. Authoritative parents work to not only ensure peace in the household, but that their child is able to express themselves.

Children that grow up under an authoritative parenting style tend to be more self-reliant, with strong school performance and social competence.

Signs of authoritative parenting include:

Parents that fall into the authoritarian categories set strict rules and expect them to be obeyed. They often create these rules based on what they think children should and shouldn’t do, rather than maturity or developmental milestones. Such parents exhibit low warmth/support, but high demand. These environments are often orderly and predictable, with strict routines and lots of structure.

Those with an authoritarian parenting style exert a lot of control over their children’s behavior. These children tend to have high academic achievement and high self-control, but frequently display lower self-esteem.

Signs of authoritarian parenting include:

Parents that are very supportive and responsive, yet offer little structure, are considered permissive or indulgent parents. These individuals believe that kids learn best when they’re allowed to play and make mistakes as freely as possible. They tend not to enforce rules or consequences consistently. Indulgent parents often relate to their children as friends, encouraging open communication and self-expression.

Because these parents are so lenient and don’t enforce strict boundaries, children of permissive parents often have behavior problems.

Signs of indulgent parenting include:

Neglectful — or uninvolved — parents aren’t necessarily abusive. They tend to favor a “hands-off” approach, providing little more than the basics of child care — like food, clothes, and shelter. Uninvolved parents may be uninterested in raising children, busy with other priorities, or may believe that children learn best on their own. They are low in both responsiveness and demand, expecting instead that children will take care of themselves.

Signs of uninvolved parenting include: 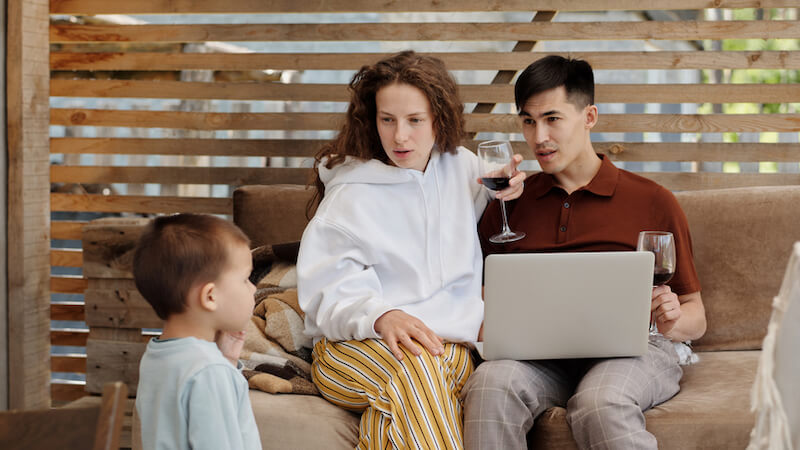 The impact of parenting styles

Generally speaking, most researchers try to stay away from telling you that there’s a “right” and “wrong” way to do something, especially when it comes to family dynamics. However, that isn’t so with parenting styles. Baumrind concluded (and several other researchers agree) that authoritative parenting is the best approach to take with your children.

In adolescence, children of authoritative parents have a better sense of what’s expected of them and why. This builds decision-making skills and self-efficacy. High support and respect at home tend to produce people who are more capable, have higher self-esteem, and are better at emotional regulation.

By contrast, those with permissive parents often have high self-esteem, but can struggle with authority and self-regulation. Authoritarian and uninvolved parenting styles both tend to result in children with lower self-esteem than either of the responsive styles.

In the 1970’s, psychologist Mary Ainsworth observed small children again, this time taking note of how they responded to their caregivers after being briefly left with a stranger. The “Strange Situation” study found that the most well-adjusted, happy children were those that had a secure attachment to their caregiver. Among other factors, authoritative and permissive (responsive) parenting is most closely correlated with secure attachment and strong self-regulation in children. Conversely, authoritarian and neglectful parenting often lead to insecure attachment. 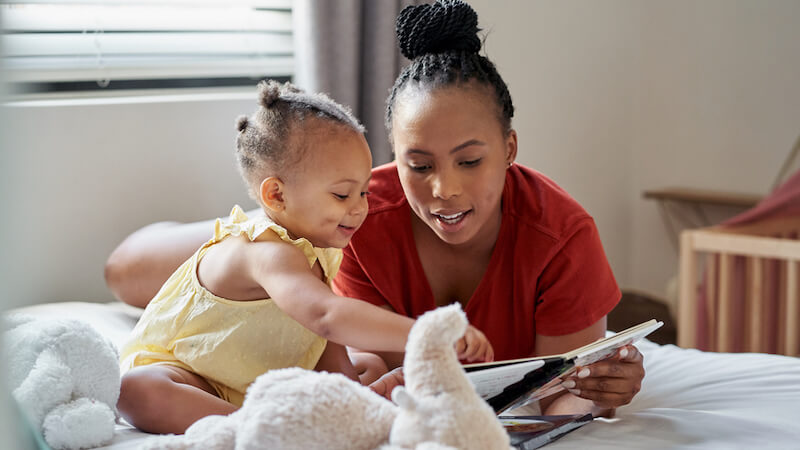 Limitations of research on parenting styles

Baumrind’s original study had some limitations, which hold important caveats as her research continues to be replicated. For one, the original study was carried out with a small (around 100), homogenous sample of preschoolers. While the research seems to be accurate in describing most European cultures, it can’t effectively be generalized to Asian and African-American families.

There are many cultures that have distinct parenting styles, more community support, and generational overlap in child-rearing. These factors haven’t been studied extensively, nor have replicated studies been controlled for cultural differences.

Even within the same culture, no two children are the same. It’s possible for two children raised by the same parents to have distinctly different outcomes. The results of a study like this one can only indicate correlations, not causation. That means that while certain factors appear to be related, it doesn’t mean that one causes the other.

In this case, that means we can only say that children of authoritarian parents tend to have lower self-esteem. That doesn’t mean it will happen for every child. Nor does it indicate that every child with authoritative parents will have healthy self-esteem and good self-regulation skills.

It would be hard to conduct, or even get approval for, a definitive study on parenting styles and child outcomes. For one thing, people are so different, and develop in such unique ways, that it’s hard to attribute their adult lives to any one factor — even something as big as parenting choices. For another, since the going opinion of researchers is that authoritative parenting is the best style, it would be considered unethical to subject children to anything else.

That being said, parents themselves may be founders of the resistance movement against this pattern of thinking. Many people are raising happy children with intentionally hands-off styles, or — conversely — with intentional involvement. These parents often feel that the traditional approaches to parenting are flawed, and are trying to build other qualities (like independence, problem-solving, and self-efficacy) in their children.

Furthermore, Baumrind's original study was conducted in the 1960s, when many families had a stay-at-home parent. In modern households, which often have two working parents or a single parent with multiple demands on their time, children may not have as much time with their parents. These environments can still provide plenty of responsiveness, structure, and support.

No parent is given an instruction manual at their child’s birth. While researchers feel that authoritative parenting is the best style, that doesn’t mean that it’s the only way to raise happy and successful children. Each family, each culture, and each parent has to find the combination of support and demand that works best for their children.

Conscious parenting: Raise your children by parenting yourself

Looking for ways to break the cycle with your kids? Conscious parenting might be the answer. Learn how you become a better parent by doing Inner Work. Read More
Well-being
16 min read | March 15, 2022

Childhood trauma is more common than you may think. Find out how you can identify symptoms — and start healing. Read More
Well-being
16 min read | January 13, 2022

Empty nest syndrome: How to cope when kids fly the coop

Empty nest syndrome is something most parents face at some stage. Learn more about what it is and how to cope when your children grow up and leave home. Read More
Well-being
10 min read | January 18, 2021

Fake it till you make it: How to use what you don’t know to grow

The idiom ‘fake it till you make it’ is complicated. Learn the benefits and drawbacks of faking it, and how to build confidence the right way. Read More
Well-being
9 min read | May 3, 2022

Avoid caregiver burnout: Why asking for help is your secret weapon

For many people, their full-time roles don’t stop when they clock out of work. Learn what caretaker burnout is, the risk factors, and how to prevent it. Read More
Well-being
12 min read | January 25, 2021

How to stay socially connected: Your life depends on it

Learn how to stay socially connected and why your life depends on it. Social connection is our lifeline for resilience, belonging, and inclusion at work. Read More