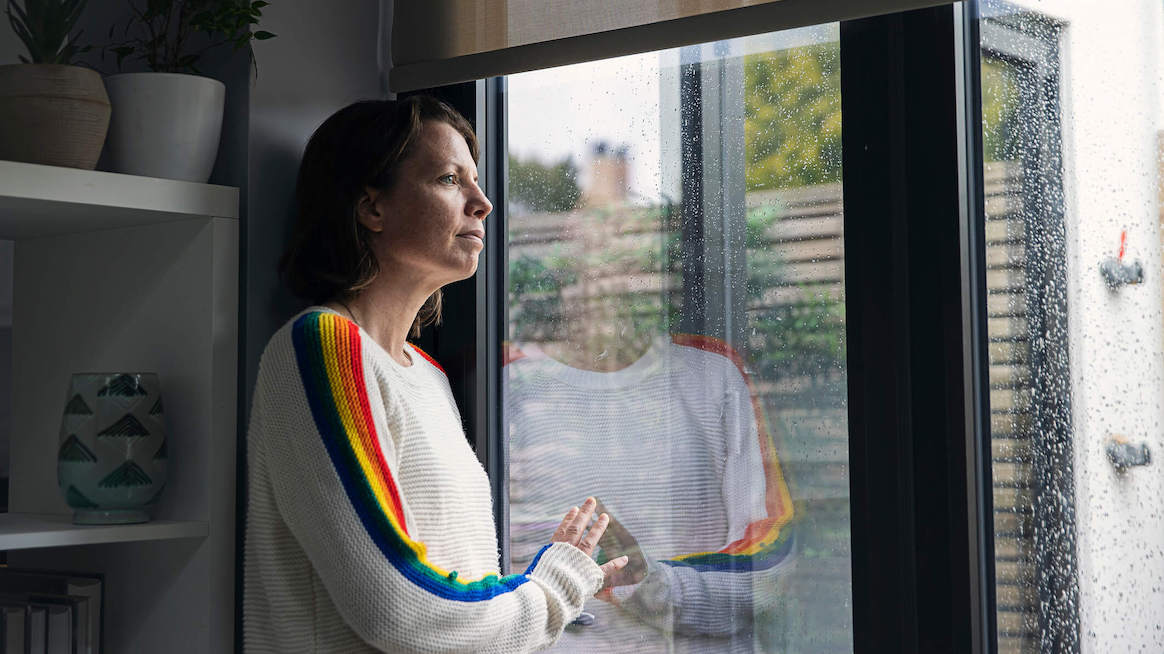 How to support people living with invisible illnesses

If you live with an invisible illness, you’ve probably heard this in your lifetime. From allergies to arthritis, some types of cancer to invisible disabilities, depression to diabetes, invisible illness is everywhere.

I remember the first time I called in sick because of my endometriosis. I was doubled over in shooting pain and could barely stand. I’d tried everything to quell the pain — ibuprofen, heating pads, lots of fluids, even an ice pack. I’d already had two surgeries in the last five years to help the pain but it was only a temporary reprieve.

But as I’ve learned in the ten years since my initial diagnosis, endometriosis flare-ups happen inexplicably. And sometimes, as doctors have told me, there’s really nothing you can do about it.

Because my boss couldn’t “see” my illness, did that make it not real? Of course not. Would my boss (a male) be understanding of my need for a sick day? Should or could I even say what it was I was sick with?

I could go into the complexities of women’s health issues and societal standards that played a role in the perspective of my own invisible illness. But still, the mere fact that my illness wasn’t immediately visible somehow played tricks on my own brain.

Of the 42 million Americans who live with a severe disability, 96% of them are invisible. According to the World Health Organization, around a billion people worldwide are disabled. Invisible illnesses are anything but uncommon.

Before we go any further, let’s define invisible illness.

Invisible illnesses are health conditions or illnesses that aren’t visible to the outside world. An invisible illness is generally a chronic illness or disease that isn’t easily recognizable.

ADHD, autism spectrum disorders, dyslexia, dyspraxia, and dyscalculia are just some neurodivergent conditions. In fact, 1 in 7 people is neurodivergent. So when it comes to neurodiversity in the workplace, it’s likely you work with a neurodiverse person.

These disorders are often ones that you would never visibly see. On top of the lack of visibility, people are often apprehensive about self-identifying. People with neurodiverse conditions fear the stigma associated with their diagnosis or condition. It’s incredibly important to foster a diverse, inclusive workforce for neurodivergent people.

Much like neurodiversity, mental illnesses are also entirely invisible. We know that 1 in 4 people are living with a mental health condition in the US. When we look at mental health in the workplace,

Some mental health conditions include:

Other people suffer from polycystic ovarian syndrome (PCOS). Others suffer from infertility, with some undergoing fertility treatments that have significant impacts on the person’s body. 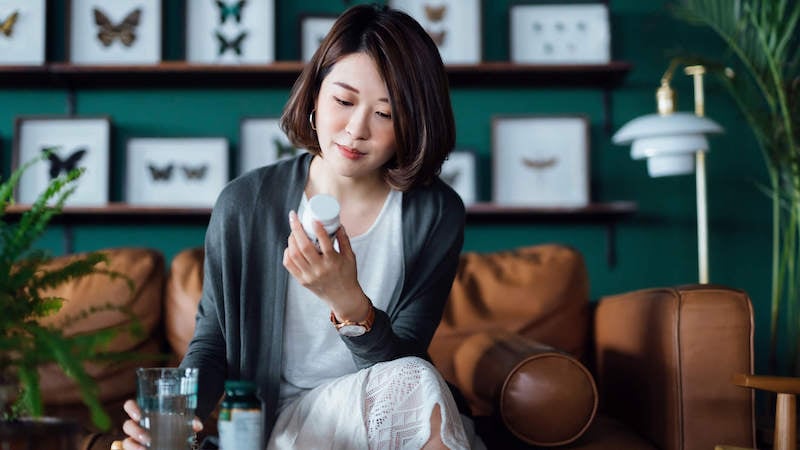 Chronic pain and chronic fatigue have long been misunderstood and understudied. People who live in chronic pain often have their pain and fatigue go unexplained. They’re at a loss for what is causing the pain yet live with aching joints, stabbing pain, exhaustion, and brain fog.

Fibromyalgia is one such chronic pain disorder that is also referred to as widespread pain. Around 4 million people in the US live with fibromyalgia. Chronic and ongoing pain and fatigue can also spiral into other issues. Some of these issues include sleep problems, mental distress, anxiety, depression, and more.

Epilepsy is another health condition that’s classified as an invisible illness. A neurological disorder, it’s not apparent whether a person is living with epilepsy or not until the onset of a seizure. Around 3.4 million people live with epilepsy worldwide.

Brain injuries are another invisible illness that goes unseen and unrecognized. For example, people who suffer from traumatic brain injuries (TBI) often silently suffer the consequences.

My husband suffered a severe traumatic brain injury from an accident. He requested certain accommodations during law school (like extra time on tests, a dedicated study room, and more) to help curb the impact of the TBI on his performance. But the important thing to note is that those suffering are often the ones to speak up about what they need because of the invisibility factor.

While some cancers are visible (either from the symptoms of treatment or the disease itself), many cancers are not. One study found that malignant tumors can grow up to a decade undetected. While tumors are growing, people can still suffer the symptoms of cancer. And with progressive medical care, not all treatments for cancer are visible.

Autoimmune diseases are also often invisible illnesses. With more than 80 types of autoimmune disorders, there are plenty of diseases that impact our global population.

These invisible diseases often don’t come with the validation that other visible diseases receive. This can be really challenging from an emotional health perspective. However, there are often many support groups for those with invisible illnesses. It’s important to lean on support systems as much as possible to help share lived experiences and seek understanding. 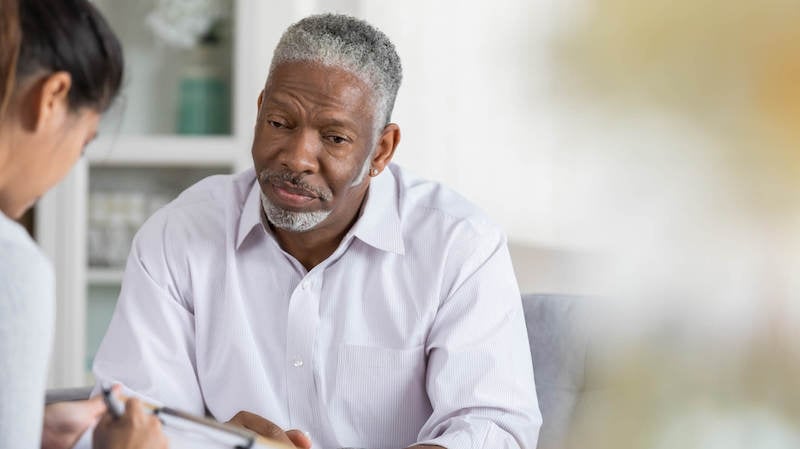 Chronic migraines and headaches are other examples of invisible illnesses that cause impairment to a person’s ability to function.

Migraines and headaches can be debilitating. If you’ve ever suffered from a bad migraine, you know the impact it can have on your well-being. It’s more than a simple “my head hurts.” It can cause vision impairment, nausea, and fatigue. Now, imagine living with chronic headaches and migraines every day. It certainly has a big impact on a person’s quality of life — yet it’s completely invisible.

For example, let’s say that Mary lives with chronic migraines. She posts on your team’s Slack channel that she needs another day off this month due to her migraine. Her boss, Tom, is starting to doubt whether Mary is sick or not (even though Mary regularly delivers on her work, even with her sick days).

Or let’s say Alex lives with endometriosis. They decided they need to have another surgery to help quell the pain that they live with on a monthly basis. But weeks leading up to the surgery, Alex needs weekly afternoons off for routine ultrasounds, scans, bloodwork, and more. Alex’s teammate, Marta, doesn’t understand why Alex can’t simply “deal with their period cramps.” After all, Marta gets period cramps and just takes ibuprofen to handle them.

There are examples of stereotypes and stigmas that surround certain invisible illnesses. With a lack of understanding of the impact of invisible illnesses, it’s easy to jump to conclusions. But that’s dangerous for the psychological safety and well-being of your workforce.

Now, let’s add intersectionality to the conversation. When we look at communities of color and underrepresented groups, we know people from these communities are already battling stigma.

Implicit bias and racial disparities are prevalent among healthcare professionals. Back in 2005, the National Academy of Medicine released a report. This report documented that Black people are sicker and have shorter life spans than their white counterparts, finding that racial and ethnic minorities receive lower-quality healthcare than white people.

And beyond physical health, there are clear disparities in mental health among underrepresented groups as well. Like physical health, research tells us there are disparities when it comes to race and ethnicity in mental healthcare. People of color are more likely to receive poorer quality of care or experience increased barriers to accessing care. People of low socioeconomic status are estimated to be two or three times more likely to have a mental health condition than those of high socioeconomic status. 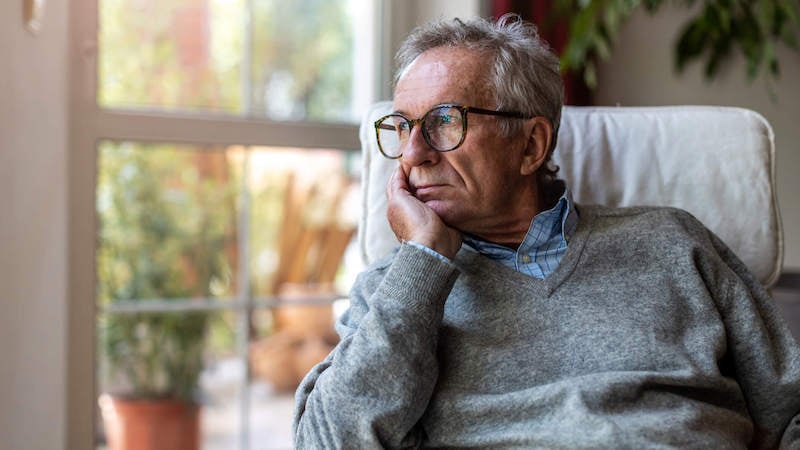 How to support people living with invisible illnesses

Let’s take a close look at how you can support those with invisible illnesses in your life. Here are five ways to help uncover what’s invisible:

When it comes to coping with an invisible illness, BetterUp can help. A coach can help guide you through your journey, from how to handle the workplace to managing your mental fitness.

With access to virtual coaching, you can take control of your future. And no matter what struggles you're facing, building your mental fitness is an investment in you.

How EMDR therapy holds the promise to make trauma go away

Dealing with trauma? EMDR is a relatively new therapy that may help — but what is EMDR therapy, how does it work, and can it really make trauma disappear? Read More
Well-being
17 min read | March 20, 2021

Feeling anxious doesn’t have to be a daily occurrence in your life. Learn about the symptoms, causes, and treatment for anxiety so you can control it. Read More
Well-being
24 min read | September 2, 2021

Stress is a normal response, but what happens when it gets out of control? Learn what anxiety is, what causes it, and how to manage it in day-to-day life. Read More
Well-being
6 min read | January 22, 2020

Did you know that the World Health Organization formally labeled burnout an “occupational phenomenon”? What can you do to help your exhausted-engaged employees thrive? Read... Read More
Well-being
12 min read | November 28, 2022

Put the brakes on workaholism and burnout by discovering what to do when you can’t stop working — without sacrificing your productivity or success at the office. Read More
Well-being
12 min read | April 4, 2022

What is mental well-being? 7 ways to improve your mental health

Do you want to be the best version of yourself and live a meaningful life? See how you can awaken a state of mental wellbeing. Read More
Well-being
21 min read | June 7, 2021

What is mental fitness, and does it involve lifting weights? Learn the difference between mental fitness and mental health, and how to build your mental muscles. Read More
Well-being
16 min read | December 28, 2021

What is sensory overload? Know how to deal with overstimulation

What is sensory overload, and how do you learn how to deal with it? Read on as we explain this condition, its symptoms, and how you can cope with sensory overload. Read More
Well-being
11 min read | March 22, 2022

Mental health and behavioral health often get used interchangeably, yet they’re not the same — and neither is treatment. Learn the differences here. Read More