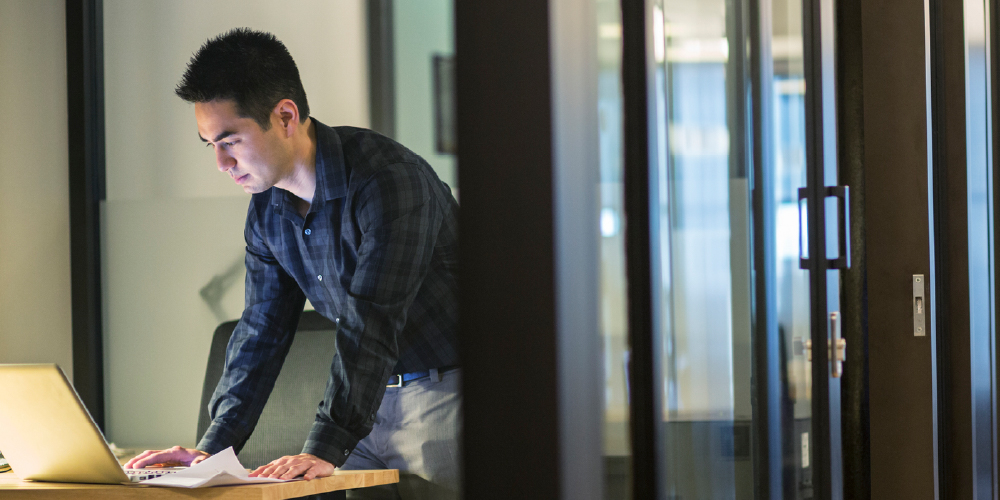 Empathy and guidance at just the right time

For those in the workforce suffering from serious mental illnesses and chronic disorders, access alone may not be enough. Help means also reducing barriers and engaging employees who might not reach out on their own.

Company leaders say it frequently now, “it’s okay to not be okay.” Yet we know that around 5% of the workforce (according to research conducted pre-pandemic) are experiencing serious mental illnesses and chronic disorders. They are far from okay. We can’t overlook the need to help the people suffering at the acute end of the mental health spectrum.

We keep hearing about a mental health crisis. We hear stories — on the news and whispered among families and friends — of people who need professional help and support. People suffering, but not seeking or getting access to effective treatment.

The barriers to seeking or following through with treatment are manifold. Logistics and overwhelming complexity on one hand. On the other, attitudes and perceptions of the individual, both about their own condition and the potential for improvement. In a global study, of those who didn’t access treatment, 63.8% reported wanting to handle the problem on their own and 15.7% didn’t believe their condition could be effectively treated. Fewer, 7.7%, cited stigma as the reason for not seeking care.

So providing coverage for therapy is not enough. We have to think about reducing or eliminating barriers to help get those who are suffering connected to the help they need.

That means bolstering motivation and engagement, reducing friction, and meeting people where they are with the relevant support and resources they need.

Sign up to receive the latest insights, resources, and tools from BetterUp.

For someone with an acute mental condition, whether they have been struggling with it for years or it is newly affecting them, they are not at their best. Depression, anxiety, PTSD, and substance abuse issues can take up a lot of mental, emotional, and physical energy.

No one size fits all. For some, an onslaught of information or offering services might be overwhelming. Others might not be in a position to self-serve from a long list of resources.

What can you do?

Empathy and guidance at just the right time

James was relieved when he heard about the Care Coach. He really wanted to work on himself. On paper, he was successful enough, but he often felt frustrated that he didn’t achieve quite what he’d expected. He knew that he got in his own way. Mental fitness, building a “psychological six-pack” of core skills, sounded like a good answer. But, to be honest, he was looking forward to talking to a coach because he wasn’t feeling right and it worried him. A few years before he’d had a tough time, including suicidal ideation. He’d done therapy and was in a much better place now. But he was starting to notice worrying signs. He wasn’t sure it was a big deal, and work was so busy that he couldn’t see finding time to track down a new therapist. It would be a relief to talk to someone.

In his first session with the coach, James decided to mention his history and concerns. The coach praised James for catching the early signals and having the courage to bring it up. The coach discussed the differences between therapy and coaching. Together they talked through what he was experiencing and the coach recommended therapy to proactively address what was coming up. She helped direct James to the Member homepage where he could connect to the EAP and access therapy. He didn’t schedule coaching for a while. But recently, he started booking coaching sessions again — he was back. James had successfully resolved his bout of depression by doing therapy proactively. Today, he is once again engaged in coaching and moving forward with personal and professional development goals.

Today many organizations are starting to rethink how they address both serious mental illness and overall mental health in the workforce. Fortunately, there are several factors they can influence to reduce suffering while also fostering greater well-being overall. Addressable factors range from making mental health support and resources more available and improving access and awareness to focusing on preventative measures such as improving well-being and developing the core psychological resources that sustain and improve mental health.  These shifts can, and are, making a difference.

Did you know that the World Health Organization formally labeled burnout an “occupational phenomenon”? What can you do to help your exhausted-engaged employees thrive? Read... Read More
Well-being
14 min read | June 10, 2022

How to make vacation mindset last all year long

Despite the well-known benefits of taking breaks, many of us struggle to disconnect from work. Here are some ways to harness vacation brain. Read More
Well-being
8 min read | December 21, 2020

5 tips to build mental fitness within your teams

Many leaders understand that improving their employees’ mental health is good for their people’s well-being and their business. Unfortunately, they often get the definition... Read More
Well-being
9 min read | November 1, 2022

This election season seems hard. More than 50% of us are lonely. Many burnt-out. We asked a panel of coaches what they’re seeing and what to do about it. Read More
Well-being
7 min read | November 13, 2020

Our routines were dramatically altered this year. And as the weeks have become months, we've grown weary, even frustrated, holding on to what was and resisting change even as... Read More
Well-being
20 min read | May 27, 2021

Advice on going back to work after maternity leave

Radical Acceptance—Part 2: 4 ways coaches can help us say goodbye to the way of life we once knew

We hear about the need for people to be adaptable and resilient, but less about how an individual actually adapts and grows through challenging circumstances. Read More
Well-being
12 min read | March 5, 2021

Grief at work. Here's how to help employees and teammates

People everywhere are feeling grief, even if they haven't lost a loved one. Managers are ill-prepared for grief at work. Here are tips to help coworkers. Read More
Well-being
15 min read | September 2, 2019

The following memo was sent by BetterUp co-founder Eddie Medina to our entire company, shortly before our launch. Read More