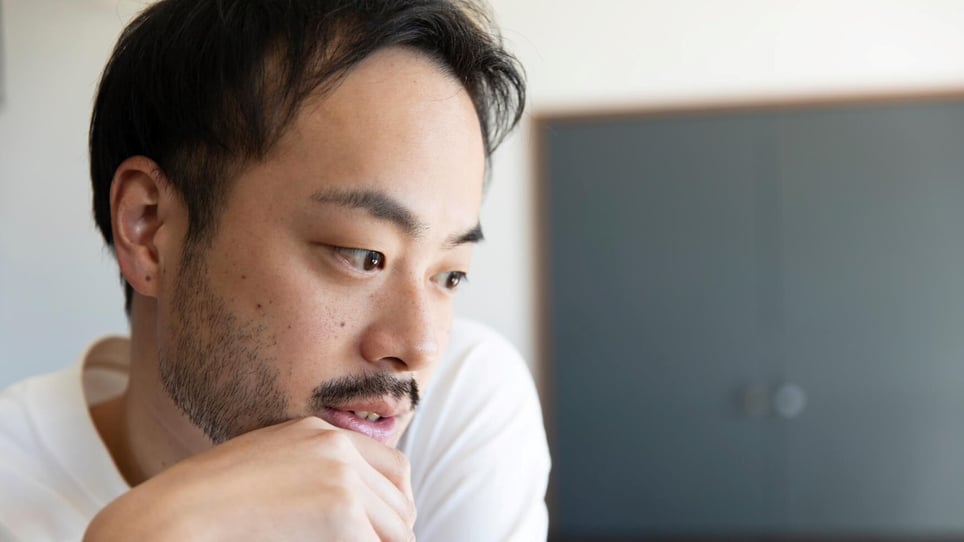 What does it mean to be neurodivergent?

Where did neurodiversity begin?

What are neurodiversity programs?

Do you work in a diverse workplace or with a diverse group of people?

Think for a moment about what makes them diverse. Often we think of gender, race, and ethnicity first. After that, we might think about geographic and cultural diversity, different personalities or leadership styles, maybe socioeconomic diversity.

We tend to overlook neurodiversity, in part because it is not visible or well-represented in most workplaces.

Those who fall outside the norm aren’t always welcomed. Those around us who are neurodiverse may well have learned to hide their differences and work around them to appear like everyone else.

Neurodiversity is the perspective that people with cognitive differences are not defective or deficient. These differences reflect natural variations in how the brain is wired.

Reframing these distinctions as neurodiversity helps broaden our understanding of diversity and how the brain works. Through the lens of neurodiversity, these differences might be used as strengths, not shunned as weaknesses.

Understanding people as neurodiverse, or neurodivergent, means embracing and being open to other ways of learning and collaborating. Often, neurodiverse individuals are highly innovative, creative, curious, and engaged in their work. With support, they can also demonstrate exceptional resilience, collaboration, and capacity for extraordinary work.

What does it mean to be neurodivergent?

The term neurodivergent describes an individual with a cognitive variation. This might affect the way that they think, read, move, interact with others, or process information. It’s generally seen as a preferable, more inclusive term than some that have been used in the past.

Neurodiversity — often abbreviated as ND — doesn’t mean the same thing as disability, although it is possible for a person to be both disabled and neurodivergent. And neither term is considered “improper” or “rude.” In fact, because both disability and neurodiversity can shape how a person sees and understands the world, many people consider either — or both — to be important parts of their identity.

Where did neurodiversity begin?

Judy Singer, a sociologist with autism, introduced the terms neurodiversity and neurodivergent into scientific literature in the 1990s. Singer, along with journalist Harvey Blume, stressed the idea that people with autism and other cognitive differences are not disabled. Rather, their brains simply have other ways of processing and relating to information.

Some of these, like dyslexia, do require accommodation — but that doesn’t mean that they’re drawbacks. They can bring as many benefits as they do challenges.

Some of the conditions that fall under neurodiversity include:

ADHD Aware defines it as a neurodevelopmental condition — one that developed in utero, infancy, or early childhood. Neurodevelopmental conditions are a result of how the brain develops, and thus aren’t really “disorders” — they’re just brain differences. Symptoms of ADHD include impulsivity, difficulty paying attention, and — conversely — a tendency to hyperfocus on certain tasks.

The term autism actually refers to a broad range of conditions, including Asperger's syndrome. These are collectively known as the autism spectrum. Many variations of autism spectrum disorder, or ASD, often include difficulty recognizing social cues, compulsive behaviors, and trouble with communication.

The term “learning disabilities'' includes dyslexia, dyspraxia, dysgraphia, and dyscalculia. These are differences in how the brain receives and processes information, such as written text or mathematical equations.

There’s quite a bit of debate over whether anxiety disorders should be reclassified as neurodivergent. Social anxiety, in particular, has a lot in common with other neurodivergent variations, since it can affect social interaction and processing of emotional cues. Regardless of how it’s officially classified, anxiety disorders are extremely common. Employees with anxiety may need accommodation (and understanding) from their employers.

Some employers, hiring managers, and co-workers may tend to avoid neurodiverse people. They may be uncomfortable with different styles of interaction, lack an understanding of the term neurodiversity, or have their perspectives colored by stereotypes and misinformation. Still others may be unwilling to adapt workflows or workspaces to different paces or work styles.

If we recognize that many of these conditions are extremely common among our peers, it helps us understand — and destigmatize — cognitive differences and so-called learning disabilities. Because neurodevelopmental conditions are lifelong and represent the brain's default mode of functioning, many successful professionals have learned strategies to get around them.

At the same time, we can make it easier by becoming more aware. Providing accommodations ensures that it isn't just the “superachievers” who can succeed in spite of their conditions — but that they have what they need to thrive with them.

Here are three ways that employers can support neurodiverse employees:

As a general rule, not everyone loves every type of social interaction. You might eagerly await the company's New Year’s party, but your coworkers could find it overstimulating.

Find alternative ways to connect, socially and professionally. Offer a mix of happy hours, virtual events, offsites, and one-on-one “coffee chats.” This gives employees the opportunity to choose where and how they’ll be the most comfortable without feeling that they’re missing out.

2. Consider how you deliver information

Strong workplace inclusion policies recognize that not everyone processes information in the same way. You can respect differences in cognition, social, and learning style by providing the same content in multiple ways.

For example, consider sending out decks and pre-reading in advance of information-heavy meetings so that people can have time to process information using whatever techniques work for them. When possible, offer a video, a self-paced online course, or even an audiobook for learning new content.

3. Get great at one-on-ones

Meeting with employees one-on-one is important for any organization, but especially for those with a hybrid culture. For neurodiverse employees, it allows them to build a trusting relationship with their manager and often frees them from the pressure of having to be “on” in front of multiple people.

Individual meetings help managers to get to know their employees along with their unique strengths and needs. It helps them provide more personalized support and plan how the team works more effectively. Since the burden of requesting accommodations is on the individual employee, managers can better advocate for their employees when they know and understand them better.

What are neurodiversity programs?

A neurodiversity program is a recruitment initiative to help reduce barriers to employment for neurodiverse workers. While many neurodiverse candidates are well-qualified (and sometimes, overqualified) for their roles, they often have difficulty making it through a traditional interview process.

Neurodiversity programs help provide opportunities for neurodivergent people to be hired for roles that fully utilize their skill sets — which can be extraordinary. There are several benefits for companies that make it a priority to recruit and support neurodiverse people.

People with neurological differences see the world in different ways. Critically, they see problems in different ways. Their experience in navigating the "normal" world often develops their capacity for divergent thinking, a critical aspect of innovation and problem-solving. People with ADHD, in particular, are often highly creative individuals who display strong intuition and bias towards action.

Challenges other employees (in a good way)

Neurodivergence might also be key to identifying new unaddressed needs and opportunities for growth within organizations. Interacting with more diversity of thought and experience creates growth in other — both neurodivergent and neurotypical — team members. It challenges their empathy and imagination, stretches and develops their ability to communicate, and reduces groupthink.

According to some estimates, between 30% and 40% of the general population are likely neurodivergent. In times of tight workforce and war for talent (Great Resignation, anyone?) companies can't afford to exclude 40% of potential talent. Policies and practices that support and welcome autistic people and other cognitive differences benefit every person within the organization.

Understanding first what neurodiversity is, and then some of the ways the traditional workplace doesn't always make space for them, is key to DEI and employee advocacy. Simple strategies, rooted in neuroscience and I/O psychology, can help employers make space, utilize their strengths, and help them feel a sense of belonging.

One benefit of widespread remote work (and the likely hybrid future) is that it can make it easier for a broader range of people, work styles, and social skills to participate in the workforce.

However, just removing some of the obstacles of the physical workplace doesn't mean neurodiverse employees will automatically feel that they belong. Managers still need to tap into all of their inclusive leadership skills to include the neurodiverse.

With neurodiversity as the largest form of diversity across the workforce, there's no one-size-fits-all key to inclusion. After all, human variation is the rule, not the exception. In the end, it's about seeing each employee as a unique individual and supporting their ability to contribute, be appreciated, and belong.

Terms like “differently abled” do more harm than good. Here’s why you shouldn’t use them, and what to say instead. Read More
Employee Experience
24 min read | December 2, 2021

Reasons for leaving a job: What to say before you go

Explaining your reasons for leaving a job can be one of the hardest parts of a job interview. Here’s how to ace this question and make a good impression. Read More
Employee Experience
8 min read | December 15, 2021

Companies are embracing diversity and inclusion, but data shows that perceptions differ among minority groups about the climate of the workplace. Read More
Well-being
18 min read | January 7, 2022

If you know how to say no, you can create healthy boundaries at work and at home. Find out why it can be difficult to say no and why we should do it more often. Read More
Employee Experience
11 min read | February 28, 2022

Understanding invisible disabilities in the workplace

Learn what invisible disabilities are, how they affect your employees, and what leaders can do to increase empathy toward those with hidden disabilities. Read More
Employee Experience
13 min read | March 1, 2022

Codeswitching might be destroying psychological safety at work. Keep reading to understand code-switching, why it happens, and what it means for inclusion. Read More
Employee Experience
11 min read | April 7, 2022

What happened at the Oscars was unprecedented — but it sparked conversations about when jokes go too far. And it’s more than one person that gets hurt. Read More
Diversity & Inclusion
14 min read | June 24, 2022

Unlock creativity by making space for neurodiversity in the workplace

With the right support, neurodiverse employees can transform your business. Learn how to create an inclusive space for neurodiversity in the workplace. Read More
Diversity & Inclusion
11 min read | July 13, 2022

No two brains are the same. Learn about the types of neurodiversity