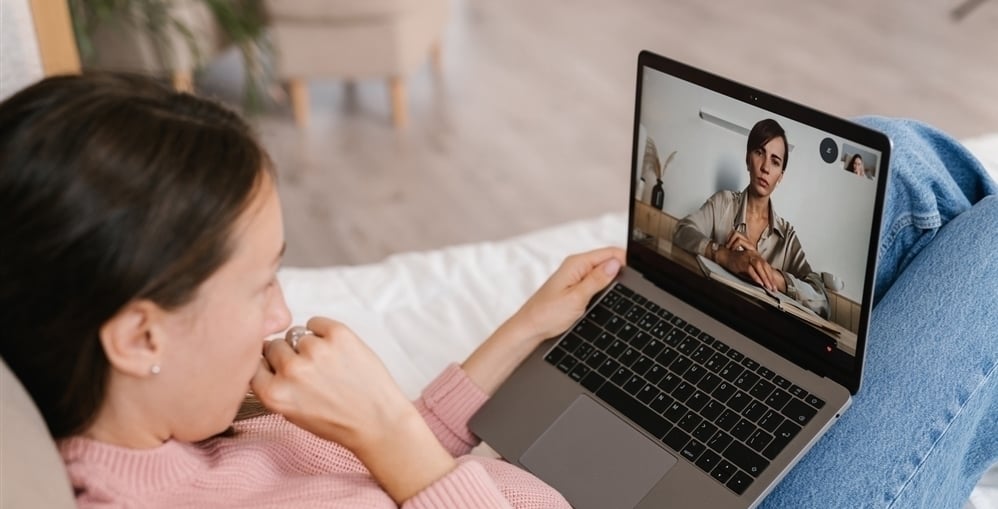 Well-being levels were restored to pre-pandemic levels back in December. And yet, support seeking rates continue to climb.

What the data says

According to the National Alliance on Mental Illness, most people (55%) will not get the treatment they need in a given year and the average delay between onset of suffering and getting support is 11 years.

When I read these numbers, I had to pause. That is so sad. And what adds to the sadness is that people with mild states of mental illness, state of languishing, burnout, extreme stress, or functional anxiety are likely extremely underrepresented in these numbers because these states don’t meet a clinical diagnosis. Because of that, these individuals are typically not represented in research about mental illness.

I have to imagine for those languishing individuals, the historical rates of support seeking for it are abominable.

Why? There are surely several reasons including:

But, if the COVID-19 pandemic had any silver linings, one has to have been bringing issues of mental health to the national conversation. I’d like to believe due to the pandemic, stigma may be reducing, costs lowering due to improved technologies and widespread demand, and the burden to access improving through increased adoption of virtual modalities.

But those final two barriers –perceived norms and mindsets about support seeking and self-identification as needing the support– have to happen at the individual level. At times, people may not reach out for support because they believe they “are not sick” or “ill”. Or, perhaps they even see their condition as not meeting some internal criteria for bad enough. The degree of suffering, loneliness, or anxiety may feel “unworthy”.

It made me wonder: Did the pandemic shift individual mindsets and norms about who and what states of mental health qualify as support-worthy?

In our Member population, there are a variety of conditions that make it such that stigma, cost, and burns to access are all low for the individual member. Because of this, our member population creates a unique opportunity to understand whether what qualifies as “normal” may have shifted. If support seeking behavior shows a change, it would not be likely attributed to a change in stigma prevalence, cost, or access improvements. Rather, it would more likely be due to increased need (which would be expected in such a psychologically devastating year) combined with some other kind of psychosocial shift around support seeking. We took a look at our Member data to explore.

What the data says

What we saw is that per capita, the daily demand for coaching sessions per day, per Member has increased steadily across the last 1.5 years. That means that the rate of support seeking has increased.

Per Member on the platform, coaching sessions are continuing to hit record numbers. What’s encouraging is that it wasn't just a spike early on in the pandemic when the uncertainty was highest. Rather, it has been a steady climb that hasn’t reverted to pre-pandemic levels.

Put another way, we currently see a 53% increase in learning hours per person now compared to pre-pandemic. The pandemic may have broken us in various ways but perhaps it also broke some barriers - like maladaptive mindsets - to individual support seeking.

The pandemic has been very hard. It’s not surprising that people needed more support.

But in the last year and a half, we have also seen the rise of awareness around mental health. Companies and new technologies are making care more accessible. More people are joining the conversation about what mental health means and why languishing should be unacceptable.

The reason why I think this trend isn’t just an increase in the need for support and rather a shift in how we are actually thinking about mental health and what qualifies as support-worthy is because well-being levels were restored to pre-pandemic levels back in December. And yet, support seeking rates continue to climb. The pandemic may have revealed through a collective lived experience the impact and pain of very human and yet subclinical states of mental unhealthiness like loneliness, anxiety, fear, sadness, and grief. It may have helped people to see that living in languishing is no way to live - and it’s not.

Psychological safety: We all know it improves teams, but it can boost careers, too

Psychological safety in the workplace empowers people to focus on their career aspirations, improving key skills so they can have broader impact Read More
Well-being
4 min read | February 24, 2021

The resilient bounce back stronger

Global pandemics create disruption and stress in ways many of us have never faced before. But, on the other side of this, organizations can come out stronger. Read More
Research & Insights
8 min read | June 17, 2022

Considering all they have on their plates, it’s no surprise working parents are feeling the pressure this fall. Yet many don't feel support from their organizations. Read More
Employee Experience
8 min read | January 22, 2021

5 areas of accelerated personal growth during the pandemic

In many ways, the pandemic put our personal lives in the slow lane, but for many it accelerated the pace and degree of change in our work lives; from new tools to new skills... Read More
Well-being
7 min read | February 1, 2022

Managing the effects of burnout not only prevents negative feelings, it promotes positive attitudes that have far reaching impact for both individuals and organizations Read More
Research & Insights
5 min read | August 25, 2022

Most of us have difficulty bringing our full selves to work. But for the LGBTQIA+ community, discrimination and discomfort can make it even harder. Read More
Employee Experience
14 min read | June 28, 2022

Trends in the Federal workforce: A review of the 2021 FEVS

Heightened stress and feelings of anxiety were almost palpable last week in every conversation I had with friends, family members, and co-workers. But, when I saw this graph... Read More