Bravery versus courage: What is the difference? 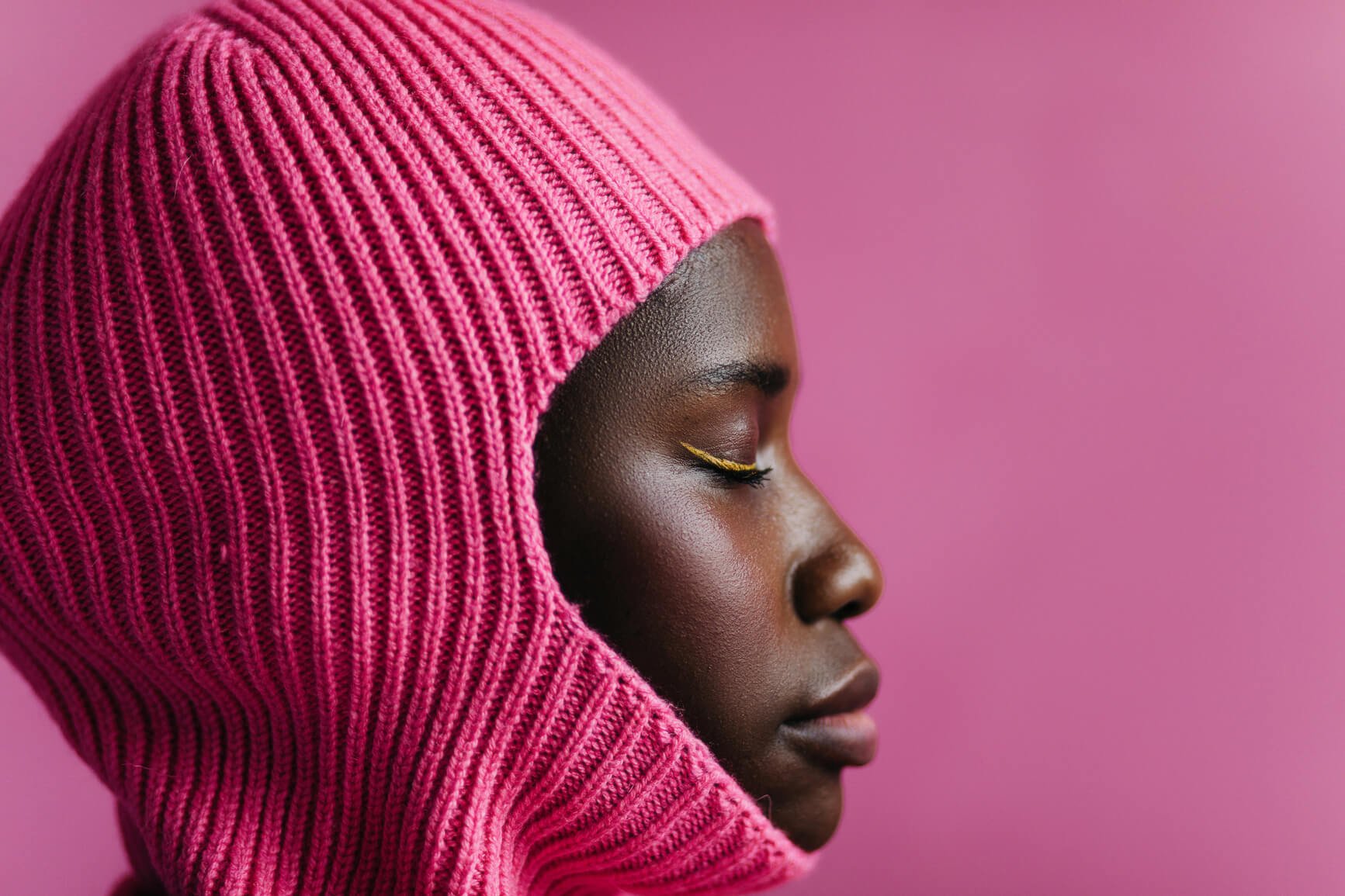 The difference: Bravery vs courage

How to use bravery vs courage at work

The importance of mindfulness

Bravery versus courage: Ready to use both?

To most of us, the words bravery and courage mean pretty much the same thing. We use them interchangeably. Anybody who's brave is also considered courageous in the general public’s eyes.

They’re both words that we typically use to describe heroic acts.

However, there are some key distinctions between these two words. It’s not the same thing to be courageous as it is to be brave.

So what, exactly, is the difference between bravery vs courage?

Let’s discuss both of these terms and identify some of the key differences between them.

The main thing that really sets the mental state of bravery apart is a lack of fear.

Before the word brave entered the English language around the 15th century, it was first the word "bravo." This term appeared in various romance languages around the Old World.

For example, in Italian, it means bold.

Need an example of a brave act?

Imagine a soldier charging into battle.

They have little fear or concern for what might happen to them. They’ve got a mission that they feel they’re trying to achieve for the greater good. So they put concern for themselves aside. Regardless of the conflict and physical danger that they might face.

That’s at least how they’re usually portrayed in our history books.

As a less extreme example, you can think about kids on a playground.

Imagine a kid being dared to touch a spider or any number of other activities that their peers may have dared them to do.

Usually, those who accept such challenges and dares are the bravest among us. They’re willing to go ahead and do something that needs to be done. Without necessarily having to stop and weigh the pros and cons before taking action.

There's a strong air of confidence that surrounds the concept of bravery. 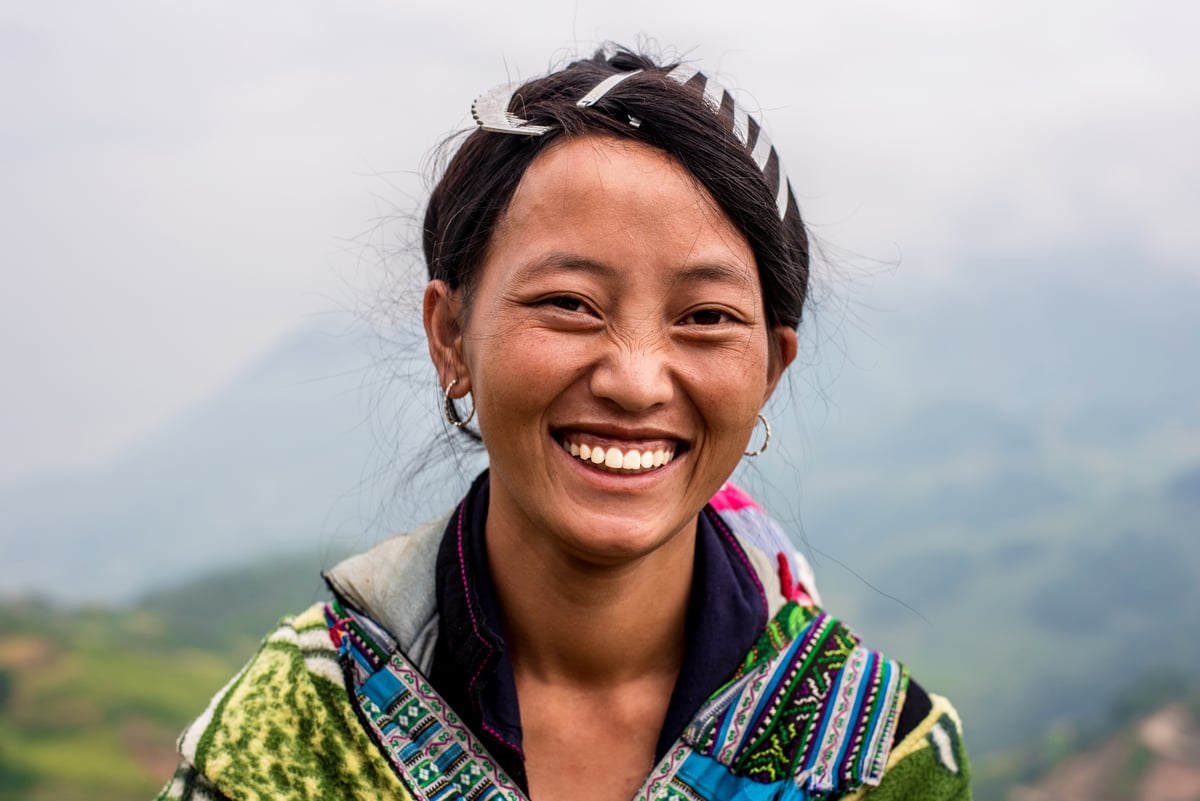 The origin of the word courage is distinct and separate from that of bravery. It’s more of a virtue.

People often define courageous acts as something that comes from the heart.

Courage doesn’t necessarily come with an absence of fear. In fact, being courageous normally involves taking action in spite of fear. It’s knowing full well that something will be dangerous or hard, but doing it anyway.

Bravery tends to be more spontaneous, whereas courage comes with a high degree of choice and forethought.

For example, think of a child on the playground who makes the conscious decision to defend another student and stand up to a bully.

Or someone who takes out their phone to record police brutality, knowing the potential repercussions they may face.

That’s what courage is.

In either of these examples, the person has a real choice and the ability to simply walk away from the situation and avoid putting themselves in harm’s way. But they take action anyway when it’s the right thing to do.

A courageous person makes scary choices in a particular situation that seems worth fighting for. They do this even if their mind gives them lots of reasons why it might be a bad idea.

The difference: Bravery vs courage

Courage is exercising a conscious choice — one motivated by virtuous emotions like compassion, concern, or love. In contrast, exercising bravery is more often done without as much thought. Bravery comes with not just confidence but often a lack of fear. This is different from courage, where the action is taken in spite of fear.

This bravery versus courage quote might help clarify the difference:

“To embark on the journey towards your goals and dreams requires bravery. To remain on that path requires courage ...” – Steve Maraboli

Bravery is more likely to be an expression of sheer strength.

There’s also an element of giving up control that comes with bravery. A person’s conscious mind shuts down, and they go into autopilot mode. This allows for bravery to take over.

On the other hand, courage is undertaken with full awareness and fear.

When someone acts courageously, they know exactly what they’re getting themselves into. Even if it’s something that might be a painful or difficult situation.

But courage is about undertaking something bigger than ourselves. There's always a concept or idea behind courage that makes the risk worth it — something so important to us that we take a chance in spite of the known danger.

Someone who's courageous may still go into a situation where they know they will fail. They do it because they know it’s the right thing to do.

Think of people who have undertaken courageous acts, like Rosa Parks or Mahatma Gandhi. They took action based on a higher set of ideals and values. In the short term, they knew that such actions would most likely have consequences, like being arrested or killed. 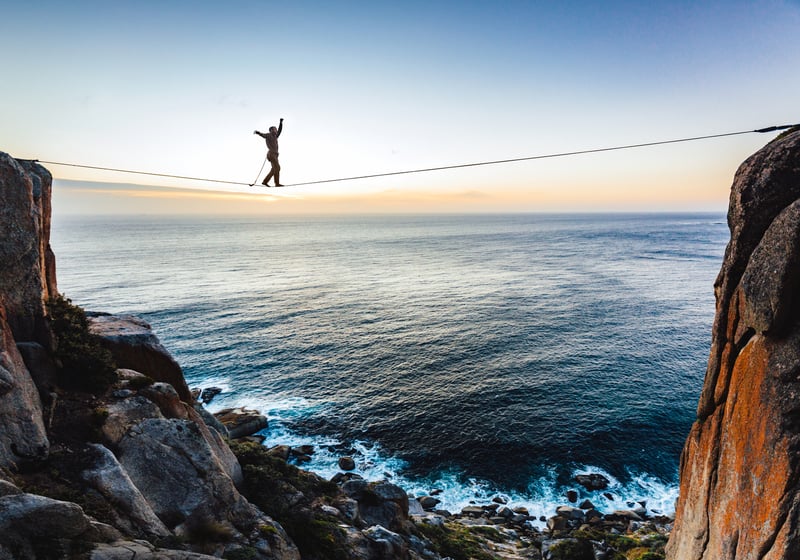 How to use bravery vs courage at work

Bravery and courage can be applied to all areas of your life.

They are not just for those rare instances where you need to rescue someone from a car that's flipped over on the highway or consider whether you’re going to donate a kidney or bone marrow to save a stranger’s life.

One spot that you may want to consider experimenting with more bravery and courage is in the workplace.

The corporate boardroom may be ages away from the battlefield. But in many ways, the decisions made there can feel just as important. Many of the same themes of the past still continue to play out in modern times. This includes the ideas of courage and bravery.

Both of these concepts have their own place in different work and leadership situations.

Cultivating more bravery is great when a “just do it” attitude is needed at work, especially when you need to stop procrastinating and take the initiative.

At work, you’ll mostly be dealing with mental bravery as opposed to physical bravery.

Maybe you’ve been putting off calling a potential sales lead or asking your boss for a promotion.

You’re worried about getting rejected or that the conversation will make you feel uncomfortable. These are situations where you need to be a bold and brave person. Don’t think about it — just go ahead and do it.

You might also run into situations at work where courage is required.

Usually, in these situations, you have the option to just sit and do nothing like everybody else. But you feel compelled to speak up or do something because it’s the right thing to do.

For example, let’s say you see a coworker being discriminated against or harassed in the office for their race, gender, or sexual orientation. It takes moral courage to stand up to their aggressor and tell them to quit it or to report the incident to your manager or HR.

You might even find yourself in a situation where you need to use courage to confront your employer, even if it means putting yourself at risk of losing your own job.

For example, this could be demanding better working conditions. Or it could be starting the process of forming a union. 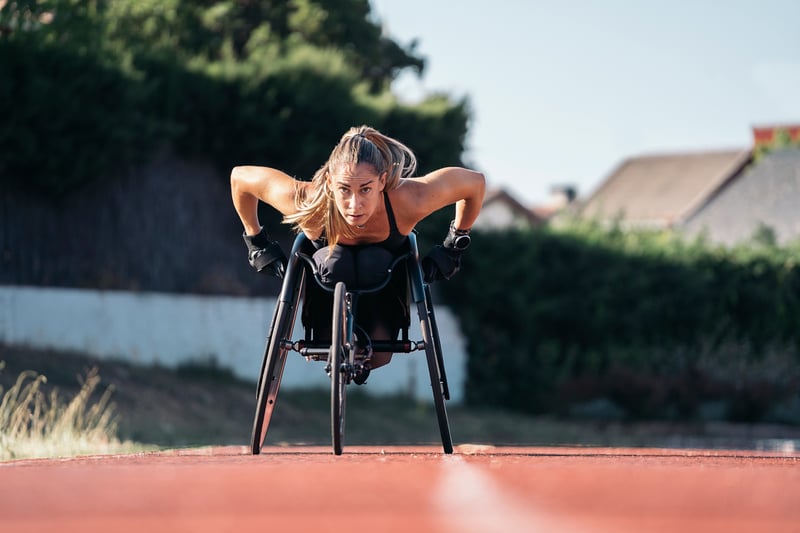 The importance of mindfulness with bravery and courage

The major difference between bravery and courage is the level of mindfulness involved.

Mindfulness is the state of being aware or conscious of something. It's being in the present moment and being aware of everything that you're thinking and feeling, as well as what's going on around you.

Being courageous involves a large amount of mindfulness. In contrast, someone acting brave might not be mindful at all.

Someone who wants to go skydiving or bungee jumping needs to be brave. There isn’t necessarily any deep reason behind undertaking these activities. So that final leap is almost always impulsive, and thoughts about the consequences or danger need to be set aside. You just hype yourself up and go for it.

If you stopped to consider all that could go wrong in either of these situations, you probably wouldn’t be brave enough to go through with them anymore.

Contrast this with someone who sees a child who is skating on a pond fall through the ice. They then make the conscious and courageous decision to go in after them.

Even if they act quickly, they still understand what’s happening. And they’re making a mindful choice to take action or not.

They may pause to weigh the options for only a few seconds. But there is usually some weighing of the options before they make the final decision.

They know that the water is at below-zero temperatures and don’t want to jump in. They also know there's a risk that they might freeze or drown themselves.

But they make a mindful decision to do it anyway to help save a child’s life. That takes physical courage. 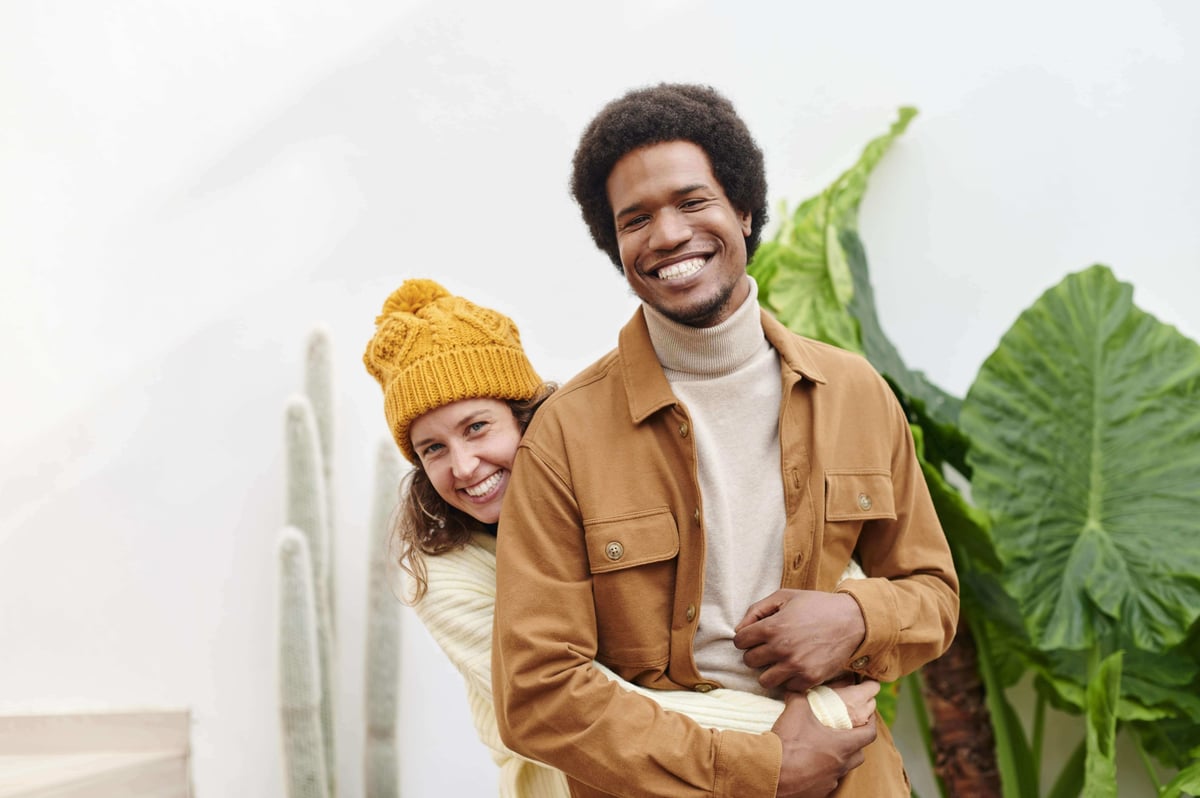 Bravery versus courage: Ready to use both?

Now you know the key differences between bravery vs courage.

Bravery is more spontaneous and involves setting fear aside.

Courage is about having fear, being mindful of the risks, and making the conscious decision to do something anyway.

Both bravery and courage have times when they’re appropriate. This is true both in the workplace and in your personal life.

If you’re looking to develop more bravery or courage, BetterUp coaches can help. We can help you discover your strengths and live with confidence.

What is mental fitness, and does it involve lifting weights? Learn the difference between mental fitness and mental health, and how to build your mental muscles. Read More
Leadership & Management
12 min read | March 11, 2021

Accountability vs. responsibility for leaders: back to the basics

Accountability vs. responsibility. Learn the difference between these characteristics, and how to develop them in the workplace. Read More
Leadership & Management
18 min read | June 1, 2021

Learn the difference between power and influence, what their sources are, when to use one or the other, and how mastering both can help you become a better leader. Read More
Leadership & Management
16 min read | September 7, 2021

Top-down vs. bottom-up management: What is the best fit?

What's the difference between top-down and bottom-up management? Here an insider's guide to the two leadership approaches and which one is right for you. Read More
Professional Development
12 min read | July 14, 2021

Intent versus impact: a formula for better communication

Learn the difference between intent vs impact and how to foster open and honest conversations. Discover how to see situations from different points of view Read More
Leadership & Management
15 min read | July 12, 2021

Strategy vs. tactics: the difference is execution

Learn the difference between strategy vs tactics and read the definitions of both. Plus, discover tips for how to successfully track strategy and tactics. Read More
Leadership & Management
19 min read | October 18, 2021

Power vs. authority — which is more effective in a workplace scenario? Learn the difference between power and authority and how to become a better leader. Read More
Well-being
11 min read | October 12, 2021

Understanding grief for what it is and how we mourn

An overview of grief and the grieving process, including what grief is, its stages, the difference between grief and depression, and tips to cope with it. Read More
Leadership & Management
15 min read | August 12, 2022

Boss versus leader: Develop the skills to bring out the best of both

What’s the difference between a boss vs leader? Both are in charge, but bring different skills to the table. Learn the traits to cultivate with your team. Read More