Intent versus impact: a formula for better communication 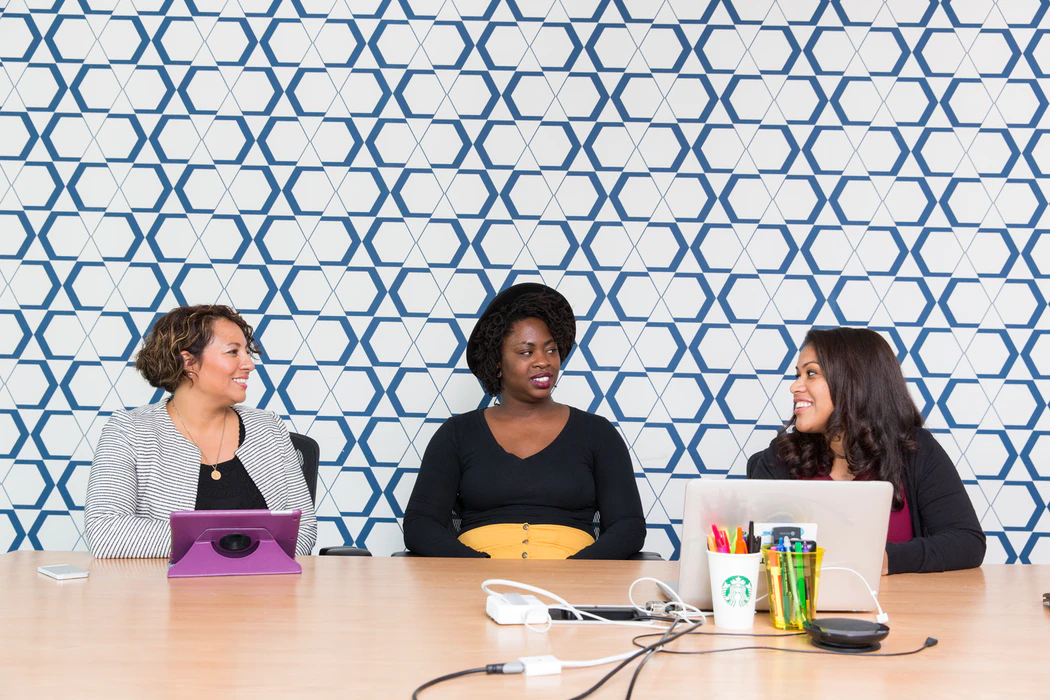 The key differences between intent versus impact

The importance of open and honest communication

Understanding when someone has good intentions

How it feels to be impacted

Consider intent and impact in the workplace

Have you ever intended for something to happen one way, only to get completely different results? Navigating the intent vs impact of an action or conversation is not always easy.

Obviously, you had good intentions. You wanted to make improvements at work, but the result severely impacted your team — and not in a good way.

When you get called out on what happened, all you can manage to say is:

“But that’s not what I meant to happen!”

That’s intent vs impact. They’re not the same, and misunderstanding the difference can lead to conflict.

When you enter a conversation with your intent in mind, the other person can’t read your mind. Instead, they’re likely to only witness the impact of your actions.

As a result, your intent doesn’t translate into your intended impact.

Let’s discuss intent vs impact and how you can consider both to allow for open and honest communication.

The key differences between intent versus impact

There’s an old proverb that states, “The road to hell is paved with good intentions,” meaning that while intentions might be good, without proper follow-through, the impact can still be bad. 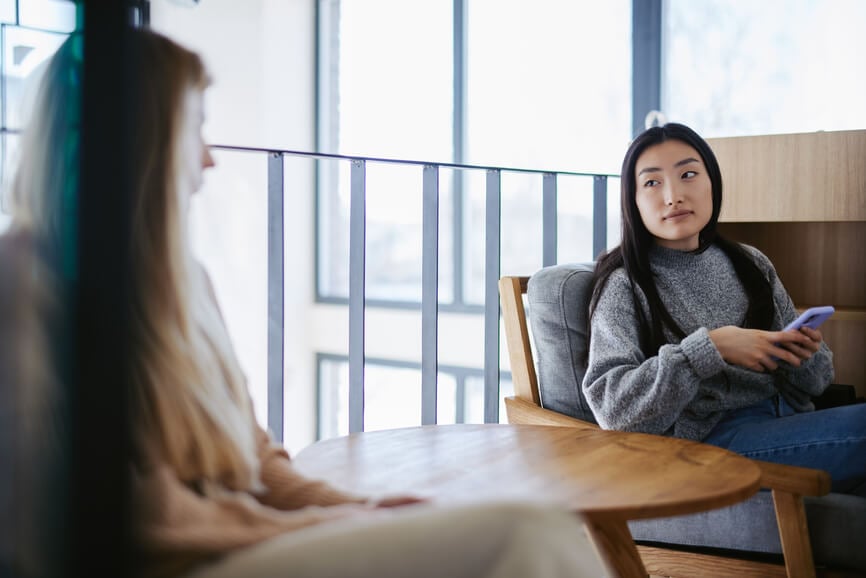 What you intend and the impact you create often end up as different things. Here’s why.

1. Intent is what you wanted to do; impact is the reality of your actions

To understand this difference, let’s look at the meaning of intent and impact.

2. Intent is how you think or feel; impact is how your actions make another person feel

When you perform an action, you feel a certain way about it. How you feel is tied to your intent.

But impact is tied to how your action makes the recipient feel.

Even if you feel great at first about your intentions, that won’t stop the recipient from feeling upset.

3. Intent is who you are; impact is what you did

Your personality can be tied to your intentions, meaning that your good intentions show that you may want to do real good.

But your impact is what you did. It doesn’t necessarily reflect who you are. If your impact resulted in failure, it doesn’t mean you’re a failure.

More importantly, remember this difference when someone tells you how your actions impacted them. If they say your actions hurt them, they’re not attacking you as a person.

Listen with the intent to understand how your actions impacted them instead of taking it personally.

The importance of open and honest communication

Communicating openly isn’t something innate in everyone.

All individuals have their own unique points of view. They perceive the world in different ways.

This can get in the way of clear communication, especially when people make assumptions about what another person means.

The clearer you communicate, the more you can avoid misunderstandings.

Clear and honest communication can help build trust and understanding in the workplace. It can also help everyone understand the difference between someone’s intent and their actions.

It’s especially important for leaders to develop communication skills in order to communicate clearly and honestly.

By communicating openly, leaders can engage their team members.

For instance, in one study, 70% of workers said that they’re more engaged when their manager communicates openly with them. Another study showed that highly engaged employees can lead to 59% less turnover. This means that better communication can help improve employee retention rate.

It can also lead to better performance.

Speaking honestly is one of the steps to embracing constructive conflict and finding the best solutions possible to succeed.

When two people communicate clearly and remain honest, they can focus on the conversation instead of hurt feelings caused by miscommunications.

Why are intentions more important than actions?

In the workplace, intent can sometimes be more important than the impact caused by someone’s actions. 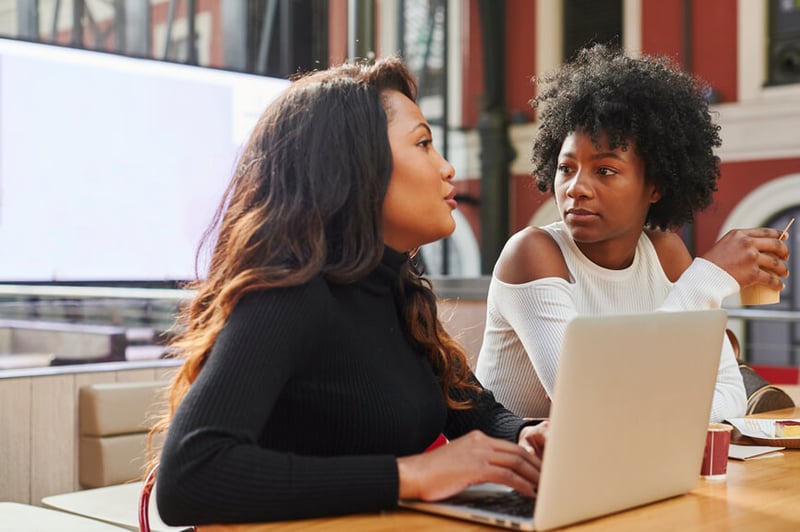 If you intend to perform well at your job, it means you’re engaged in your work. You care about the results of your labor.

Punishing someone for good intent at work can lead to fear of trying something new.

Let’s look at an example.

Your team encounters an issue with a project and can’t find a common solution to overcome it.  Someone in the team decides to innovate and try a new solution.

This solution doesn’t end up working at all, and you’re back at square one.

If a leader were to punish this person for failing, they would get the message that trying new things is not a good idea. When your workplace culture encourages creativity and innovation, failure is almost unavoidable from time to time.

Someone with good intentions may have a lot of potential for high performance.

If the impact caused by good intentions is negative, there are ways to coach the person responsible in the right direction. Because they at least have the intent to improve, they can be highly coachable.

However, it’s important to communicate this intent clearly.

Without clear communication, people can only see the impact caused by actions.

Keep in mind that communicating clearly doesn’t mean blaming others for misunderstanding intent.

It’s also important to take responsibility for the result of your actions — even if you didn’t intend for them to happen the way they did.

“I didn’t intend for the project to fall behind. I tried this new strategy in an effort to improve on our usual results. But I can see that this caused us to miss our deadline.”

Understanding when someone has good intentions

If you felt the impact of someone’s good intentions in a negative way, there are a few things to consider.

First, remember that you’re in control of your own thoughts and feelings. You can control how you perceive a situation.

You should also ask the other person to clarify what they meant to do. If you let them explain their intent, it can give some context for what happened.

You’ll be able to understand if they had good intentions or not. However, this doesn’t erase their impact, though. You can explain how their actions made you feel but without pointing fingers.

“I know you intended to make this project better, but I feel stressed out by what happened.”

This statement acknowledges the intent. But it also showcases the impact.

How it feels to be impacted

Even when you have good intentions, it’s important to understand what it feels like to be impacted by your actions.

You can’t control how someone feels. You can only control your intent and your actions. Once you’ve already committed an action, you can no longer backtrack.

At this point, all you can do is acknowledge how the other person feels because of the impact of your actions.

If the other person feels hurt or offended, don’t ignore their feelings. It doesn’t matter that you didn’t intend for them to feel this way. The reality is that they do.

Apologize for the result of your actions. Make sure your apology is sincere and doesn’t shift the blame on the person who felt the impact. Here’s an example of what not to say:

“If you got stressed out by what I did, I apologize.”

Here’s a better way to phrase an apology:

“I’m sorry that my actions caused you stress.”

This statement clearly takes accountability for the impact by saying, “My actions caused.” It’s more straightforward than saying “if” which expresses doubt that can cause mistrust.

The other person told you how they felt — there’s no “if” to their feelings. As a result, you can have a clear, open, and honest conversation.

Consider intent and impact in the workplace

Impact in the workplace matters because it determines the reality of everyone who works there. But clear communication is only possible if you consider both intent and impact.

When intent and impact are both made clear, all cards are on the table. You can then collaborate to find amicable solutions.

With the right coaching, you can learn how to better communicate and understand others. Try out BetterUp to see how it can help you harness your potential.

Is being ego driven damaging your career? Being purpose-driven is better

Is it better to be ego or purpose driven? Discover the difference between both, how to tell which one drives you, and how to become more purpose driven. Read More
Coaching
14 min read | January 11, 2022

Confused about coaching? Here's the rundown on different types at work and beyond

The right type of coaching can make a huge difference in your personal and professional life. Learn the different types of coaching in and outside of work. Read More
Well-being
15 min read | November 18, 2021

What is a fixed mindset, and how does a growth mindset compare? Here’s everything you should know about the differences between a fixed and growth mindset. Read More
Professional Development
12 min read | December 30, 2021

Salary negotiation may feel intimidating, but it could make a huge difference in your career. Read this guide and learn how to negotiate like a pro. Read More
Professional Development
11 min read | July 7, 2022

Are you having post-grad blues? 8 Tips for finding purpose after college

Post-graduate depression can be caused by many factors and impact people differently. Learn about how patience is key for finding purpose after college. Read More
Professional Development
14 min read | August 22, 2022

Why can’t I focus on anything? The reasons behind your lack of concentration

Wondering why you can’t focus on anything? Check out these strategies to identify your distractors, and learn how we all improve our focus in different ways. Read More
Professional Development
16 min read | September 10, 2022

A marathon, not a sprint: Work-life balance cycle versus achievement

Part-time vs. full-time: Which has better benefits?