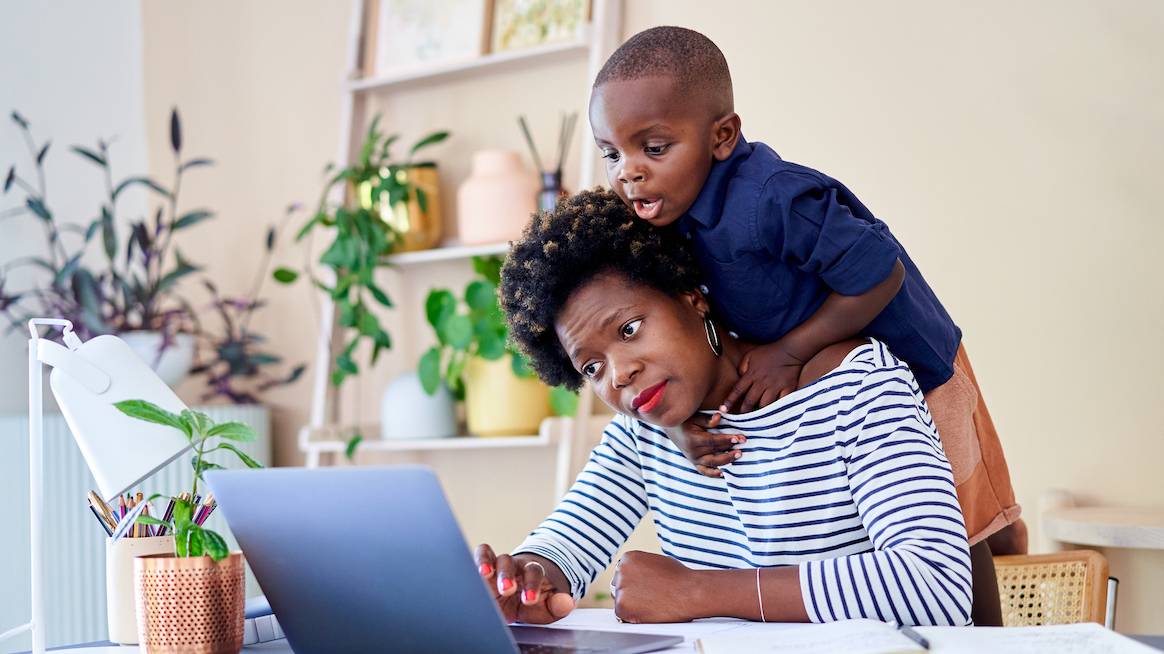 A record 4.4 million Americans quit their jobs in September, the highest number reported since the government started tracking the data. But despite an apparent economic recovery fueled by the rollout of COVID-19 vaccines and declining rates of infection, there are nearly 2 million women that haven’t rejoined the workforce. This is especially confounding given there is a record 10.4 million open jobs in the country.

As we take a closer look at which Americans are returning to work and which aren’t, we see a startling gender gap. Job growth is twice as high for men as it is for women, with men seeing increases in nearly all sectors — including those that were predominantly female before the pandemic. The result has been what some call the first “female recession,” where decades’ worth of economic gains and career advancement for women have been wiped out in a matter of months.

So what’s keeping  women from returning to work? The answer may lie in systemic gender inequality both in the workplace and at home.

The pandemic upended lives in every household, but women bore the brunt of that impact. Industries dominated by women — retail, food service, childcare, hospitality, and other consumer facing roles — were the hardest hit by COVID-19. Women, and most acutely minorities, lost their jobs in greater numbers than men.

Those that were able to remain working found themselves taking on what amounts to a second full time job in the form of childcare and increased domestic responsibilities. As schools and daycares closed, women had to balance work with the demands of the home. Many men did, too, yet broadly, stereotypical gender roles left the burdens of virtual homeschooling, cooking, cleaning, and parenting falling primarily on women. This has left many women feeling exhausted and burnt out and has extinguished — or postponed — their plans of returning to work.

College educated mothers who have careers in knowledge work with flexible working options seem to have far more choice than other groups. Many in two-parent households have decided to put their careers on hold or reduce living expenses so they can focus on raising their families while their partners continue to work full-time. Although this is a privilege more than a hardship, it still has implications for the balance of women in leadership positions and the tier of younger women who would be positioning themselves to be tomorrow’s leaders.

And not all mothers have this luxury of choice. Women make up 64% of the workforce in the 40 lowest paying industries in the US. Many of these roles disappeared during the pandemic, and millions of jobs may never come back due to automation, changing demand, and other factors. Low-income mothers struggled to secure childcare before the pandemic and are more likely to experience job loss due to their inability to find affordable care for their kids. With little in the way of savings and shrinking job options, low income mothers (often women of color) have been forced to get out of the workforce for good.

To see how the “she-cession” is impacting women and shaping their needs, we took a look at thousands of BetterUp members and compared a sample of women to our general coaching population. We acknowledge that this data sample, by virtue of including only women at companies that offer BetterUp, is not representative of the experiences or views of the women in the lowest paying industries. Yet even among our sample, women reported ample reason to stay on the sidelines.

After looking at the data, we discovered that women had statistically significantly lower well-being, lower intent to stay in their current roles, and a lower sense of belonging.

The differential experience of women during the pandemic was evident in how they sought out support. In coaching sessions over the past year, women tended to focus on topics around career planning and well-being over other topics (e.g., communication, leading others, etc.) and at higher rates than other groups.

It’s clear that many women are feeling anxiety about their career prospects when they return to work, if they can return at all. Time Magazine recently revealed that women who formerly occupied executive roles reported feelings of discontent and even failure from not experiencing a sense of success in either their work life or their home life.

One of the most troubling takeaways from our research is that women feel lower levels of support by their organization than the general population. They’ve made extraordinary sacrifices for their families, stepping up to meet the needs of their households and putting their careers on the back-burner indefinitely, but this has come at the cost of their well-being and mental health.

When women leave the labor force, we not only lose millions of experienced workers, we lose pivotal progress towards gender equity and equality. Organizations have the opportunity to mitigate the effects of this trend and ramp up their support of women in ways that benefit all.

One of the most powerful things they can do is invest in cultivating a culture of inclusion and belonging.

As the majority of workers return to the office, companies need to invest not just in safety protocols and the physical work environments their employees are stepping into, but their overall wellbeing. And it’s an investment that pays dividends.

In BetterUp’s Inclusive Leadership Insights report, our research revealed that feeling supported at work was associated with a 17% boost in women’s actual well-being since the pandemic began and a 28% boost for parents. Intent to stay scores jump by 31% for women and 13% for parents.

COVID-19 was a wakeup call. It shined the spotlight on inequalities and challenges that women have faced in the workplace long before the pandemic. Organizations have the opportunity to step up and support women as well others in their workforce that are languishing by investing in inclusive leadership.

What happens when organizations care about well-being?

Overall, when organizations care about well-being, the benefits return in the form of a more highly engaged workforce, that is more committed to the organization, better able... Read More
Well-being
5 min read | December 23, 2020

BetterUp has been tracking member’s self-reported well-being across hundreds of thousands of coaching sessions with workers around the globe since mid-March of 2020. We might... Read More
Well-being
7 min read | May 20, 2021

We asked people, “How much do you think the pandemic has changed you, as a person, for better or worse?” Here's what they said. Read More
Well-being
7 min read | December 24, 2020

How to make your employee mental health strategy better? Focus on growth

American workers today face psychological challenges on every front. Research has shown we can develop tools to prevent against the threat to well-being. Read More
Well-being
6 min read | September 14, 2021

Considering all they have on their plates, it’s no surprise working parents are feeling the pressure this fall. Yet many don't feel support from their organizations. Read More
Research & Insights
6 min read | July 5, 2022

Most of us have difficulty bringing our full selves to work. But for the LGBTQIA+ community, discrimination and discomfort can make it even harder. Read More
Well-being
21 min read | October 31, 2022

When the leader’s cup runs dry: How burnout undermines mission and how to fix it

In the Federal government, leaders are committed to mission and often try to push through stress. But their burnout hurts their teams. Here's what to do. Read More