Transparency in the workplace: what it is (and what to avoid) 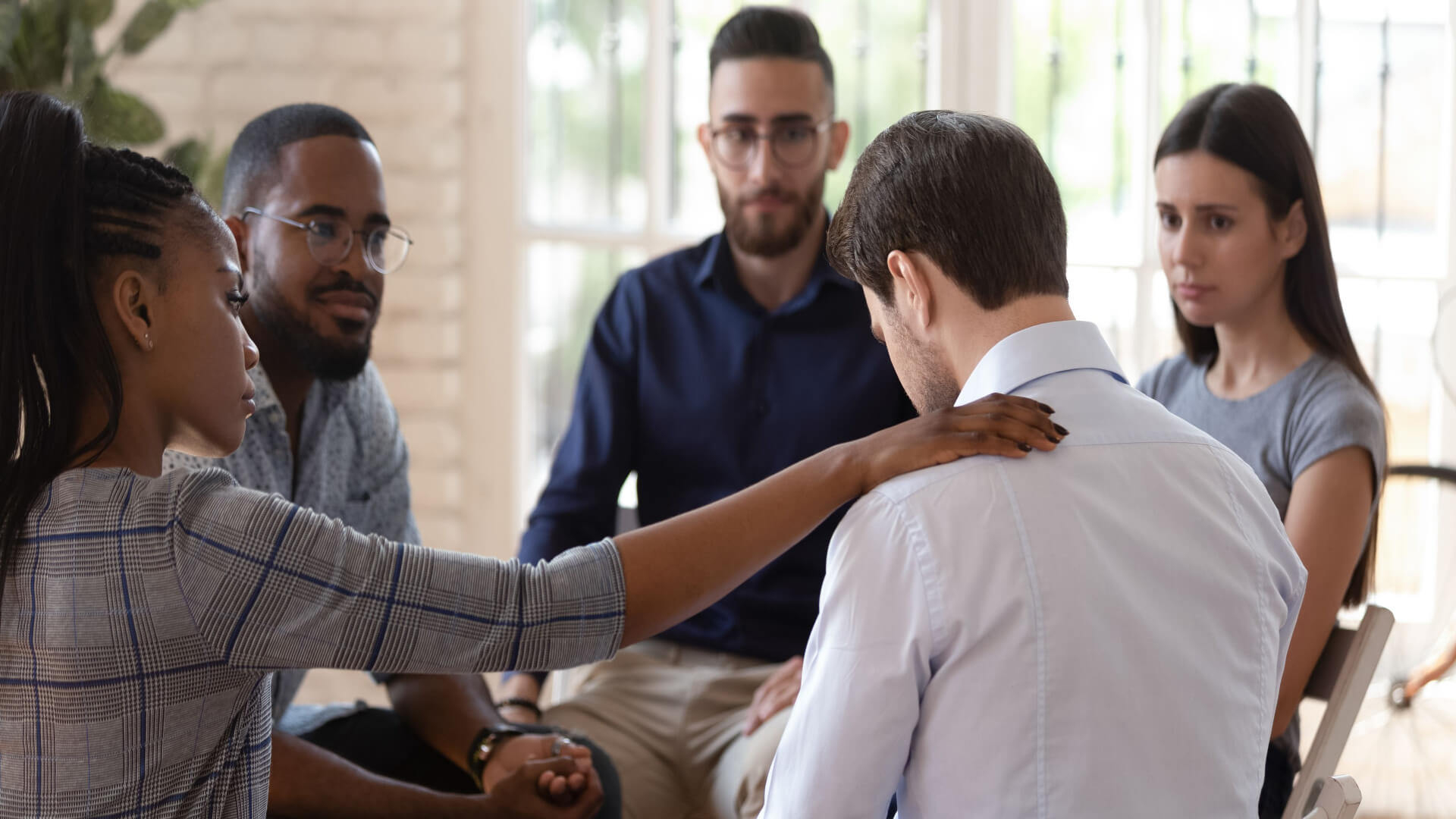 Want better employee engagement? The data says to invest in transparency in the workplace.

Since job satisfaction directly influences employee retention rates, it’s safe to say that transparency prevents attrition. But what does transparency at work look like? And is it all benefits without drawbacks?

Harvard Business School Professor Ethan Bernstein says no. In a study on transparency in open work environments, Bernstein found surprising results. Too much transparency led to employees going to great lengths to hide what they were doing. In one instance, employees hid personal process improvements from coworkers so people “see what they expect to see”.

Read on to learn everything about workplace transparency. You’ll learn ways to strike the balance and find just the right amount of transparency for your workplace.

What is transparency in the workplace?

The University of California calls transparency “a skill, a mindset, a point of view.” we call it culture. Workplace transparency is a company culture that breeds trust, innovation, and job satisfaction. A lack of transparency can harm belonging, connection, and collaboration between colleagues. 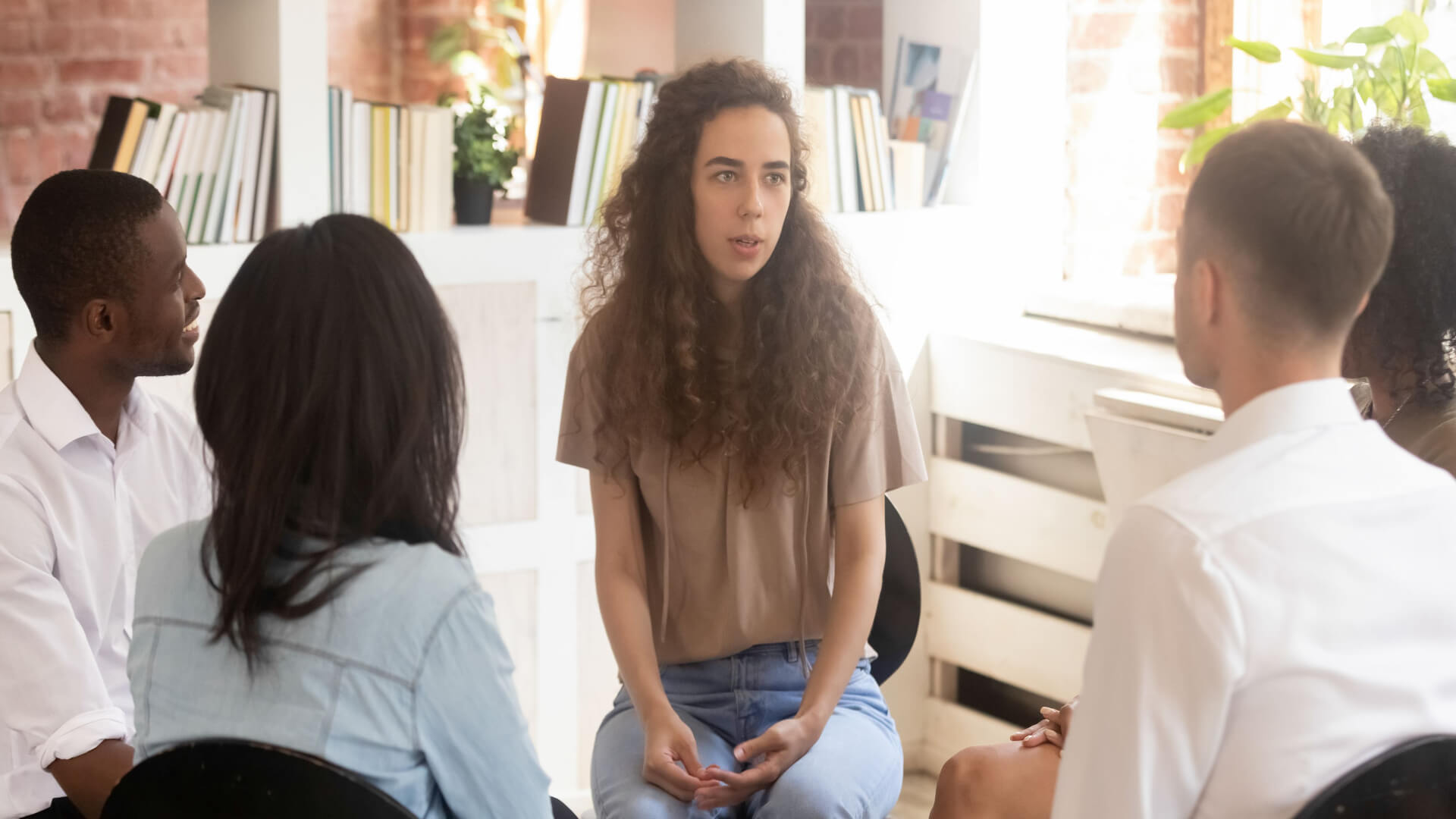 The importance of leadership transparency

Trust. That’s the one single reason why company leaders must become transparent.

You build trust as a leader when employees don’t have to guess why you made a decision.

Trust increases employee job satisfaction and makes team members feel empowered. It can also prevent business loss. Employees who trust you won’t wait until it’s too late to surface emerging issues with their work. That’s why you should invest in a workplace culture that’s built on transparency.

What is an example of workplace transparency?

Workplace transparency exists in many forms. The most talked about are pay, hiring, diversity, career development, and company performance. Here are two examples of what that looks like in action:

Companies like Buffer share their diversity numbers so the team can hold leadership accountable. They also publish pay to fight the gender pay gap.

Some other companies create transparency in the hiring process with skills testing and standardized interview questions. Those help to remove implicit bias and give all candidates equal chances.

When things slowed down and economic forecasts got gloomy, our founder let us know the state of our business and what the future held.

At the resource management platform, Float, company growth and financials are transparent.

Stella shares that they get weekly reports from the founder about revenue and performance. They also get a more comprehensive report during their company’s quarterly all-hands (they call it the Remote Roadshow). 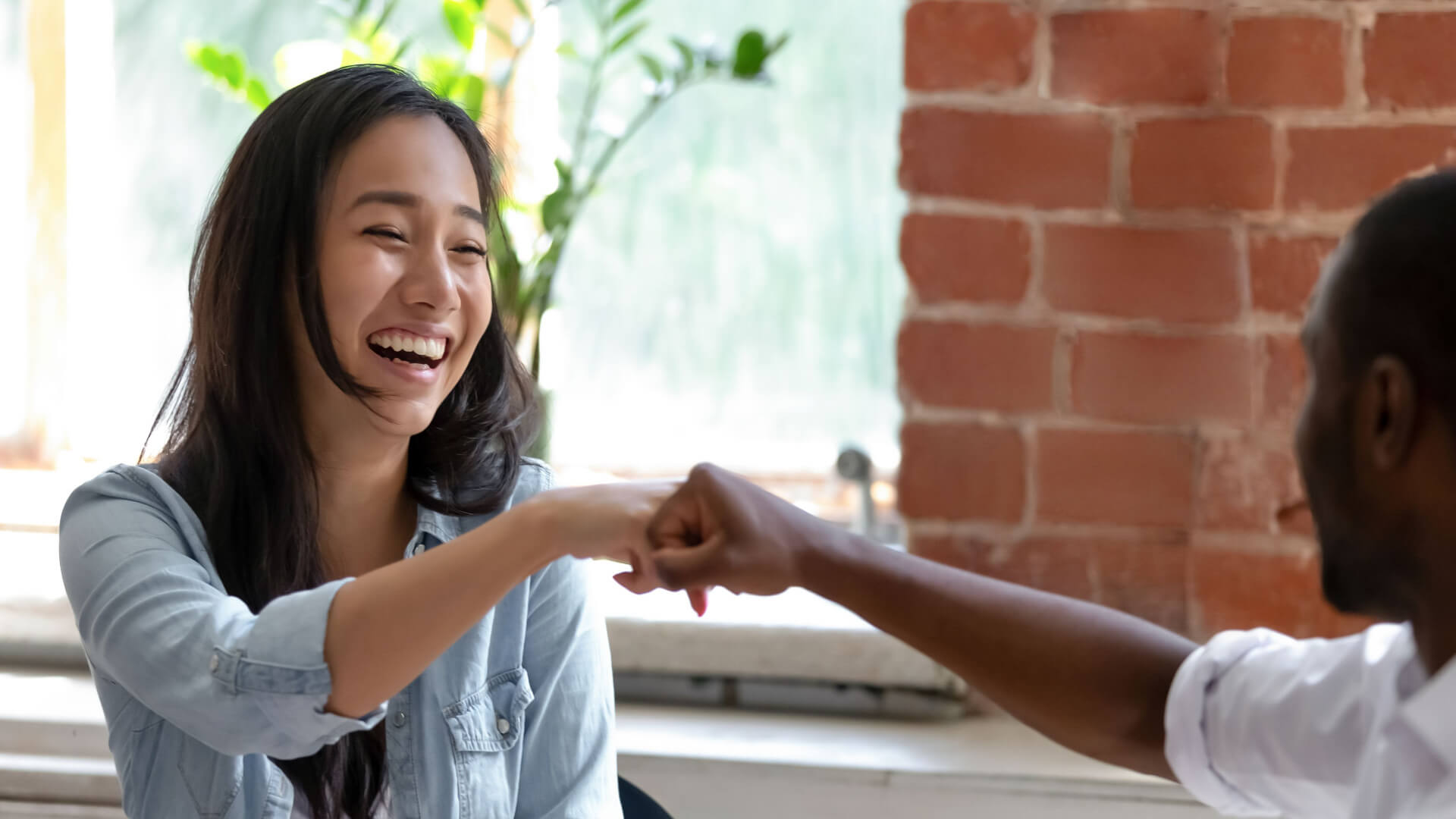 The benefits and drawbacks of transparency in the workplace

What can transparency do for you and your team, and how can it hurt your organization? Let’s see.

Benefits of transparency in the workplace

Employees trust leaders to look out for their well-being and leaders trust employees to put in the work. This only happens when there’s the kind of two-way communication that’s typical of a transparent culture.

Stella says “I feel motivated to work because I feel I can trust the company.” She goes on to give an example. “When my manager spoke about optimizing marketing spend because of the economic climate, I started thinking of doubling my efforts to get us ROI from marketing.”

Stella committed to help because she was aware of the situation. She felt included in the team goals and strategy, which made her more likely to want to contribute.

60% of employees are not well informed about their company’s goals. As a result of this uncertainty, employees experience chronic stress. This inhibits the release of oxytocin and undermines employees’ ability to connect with coworkers. That hinders teamwork.

Pavithra, Outreach Marketer at Kissflow praises transparency for her efficiency at work. Pavithra says their open internal communication organized into groups helps her source quotes faster. That allows her to do her best work ahead of schedule and best support the rest of her team.

After Buffer published their salaries, the number and quality of job applicants soared.

Buffer received 2,886 applications in one month compared to 1,263 for the preceding month. Co-founder Joel Gascoigne said. “The percent of people who were a good culture fit was a lot higher. We’ve never been able to find great people this quickly in the past,”

Transparency is key to workplace diversity, equity, and inclusion (DEI) efforts because it exposes inequities.

With transparency, more people can contribute — including people from underrepresented groups. Those people will more likely point out inequities that you may not have noticed on your own.

Drawbacks of transparency in the workplace

You can’t always predict how people respond to updates

There have been cases of transparency met with backlash. Stella Inabo says “You can't predict how people will react to what you share. Sometimes you get praised for being transparent. Sometimes, there's backlash.”

This is especially true when you’re growing into honest communication from a lower level of transparency. People may not be used to getting open/honest feedback yet and may resist the change. They may also feel like your requests for openness are a “trap.” Don’t be surprised if you initially see a lower level of engagement.

May slow down decision-making

With decision-making, we may hope that more people engage by sharing information and ideas. We expect that this engagement will lead to a better decision.

But we often forget the time factor. The more stakeholders are involved in decision-making, the longer it takes to reach a decision.

Jim Whitehurst, CEO of Red Hat says, “It takes us so much longer to make decisions because so many people are involved.”

May trigger backlash in employees

In his research, Professor Ethan Bernstein found that extreme transparency hurts organizations. Employees may feel exposed and vulnerable — as if they’re always monitored. When that happens, they may begin to hide their thoughts and actions. 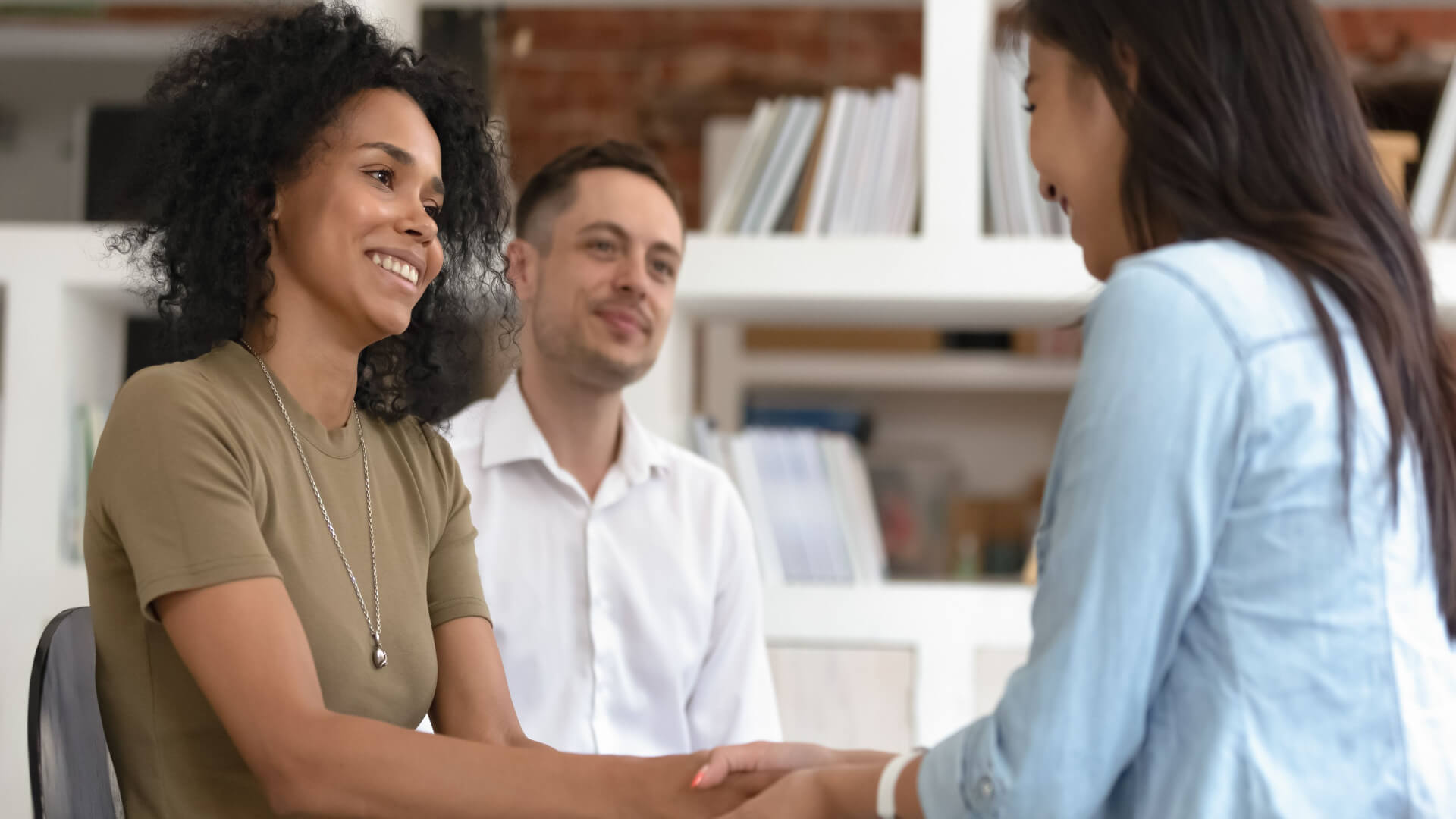 7 ways to increase transparency at work

So is there a balance between too much transparency and not enough? It’s not easy to find, and it’s different in each organization. Use these tips to build a more transparent workplace:

1. Update your team about changes/possible changes as soon as you have news. You reinforce their trust in you when you’re the first to let them know.

2. Give honest and constructive feedback. If people find out you’ve lied to them, you’ll lose their trust. It doesn’t matter that you did it to make them feel good about themselves.

3. Communicate expectations frequently and on time. This reduces the chances that you’ll surprise a direct report with a negative performance review. It also keeps everyone aligned on what they need to do at work.

4. Document training and processes. When people know what to do, how to do it, and who to contact for help, they’ll feel more confident at work. That also makes for better efficiency.

5. Consider sharing business performance status with your employees. If your company can afford to, share information about your revenue and how you stack up compared to goals. That way, employees can stay confident that they won’t be laid off unexpectedly. And if you’re facing a downturn, this culture of transparency will cause employees to think outside the box for solutions.

6. Explain your decisions and encourage employees to ask questions/share feedback. This encourages teamwork and employee satisfaction. People feel like they’re a part of something bigger than themselves.

7. Make pay transparent as well. If you can afford to, let everyone know what their colleague earns and why they earn that amount. Buffer has a salary formula that combines skill level, job title, and cost of living. You may decide to use a formula like that or craft your own unique formula. It’s a good idea to put pay on your hiring pages as well. Or post salary ranges if you don’t want to publish exact numbers.

Transparency is a two-way street, and it starts with you

The benefits of transparency are enormous. They include increased trust, dedication, and attracting outstanding candidates. But they don't just happen on their own.

It’s on you as the leader to initiate transparency. Start a conversation, listen to how they feel, empathize with them, and show vulnerability. When issues or wins arise, update them as soon as you get news. That way, you don’t break their trust when they find out elsewhere.

Want to change your company culture or improve communication at your organization? Reach out to BetterUp to schedule a demo today.

Top-down vs. bottom-up management: What is the best fit?

What's the difference between top-down and bottom-up management? Here an insider's guide to the two leadership approaches and which one is right for you. Read More
Research & Insights
4 min read | December 9, 2021

What to get coaching on? Here’s what managers are saying

Wondering what to get coaching on? Coaching has been proven to improve a range of skills and abilities. Here are the areas managers say employees should focus on most. Read More
Leadership & Management
14 min read | July 19, 2022

Revisiting Project Oxygen: A look at what makes a good manager

Had a bad day? Here’s what to do when you mess up at work

Mistakes aren’t fun, but they don’t have to be career-ending. Here’s what to do when you mess up at work. Read More
Leadership & Management
14 min read | October 21, 2022

Management isn’t for everyone: Here’s what to do instead

It’s hard to know what to do if you don’t want to be a manager. Here are some examples of the paths less traveled that still advance your career. Read More
Diversity & Inclusion
17 min read | October 6, 2022

It’s crucial to promote equity in the workplace, but where do you begin? Here are 9 ways to establish and foster an equitable work environment. Read More
Well-being
21 min read | October 31, 2022

When the leader’s cup runs dry: How burnout undermines mission and how to fix it

In the Federal government, leaders are committed to mission and often try to push through stress. But their burnout hurts their teams. Here's what to do. Read More
Leadership & Management
17 min read | November 10, 2022

Is horizontal growth or vertical growth right for your company?

How to improve your active listening skills

Improving your active listening skills means you’ll retain more when communicating with others. Here are our tips for becoming a better conversationalist. Read More