The cognitive biases caused by the availability heuristic 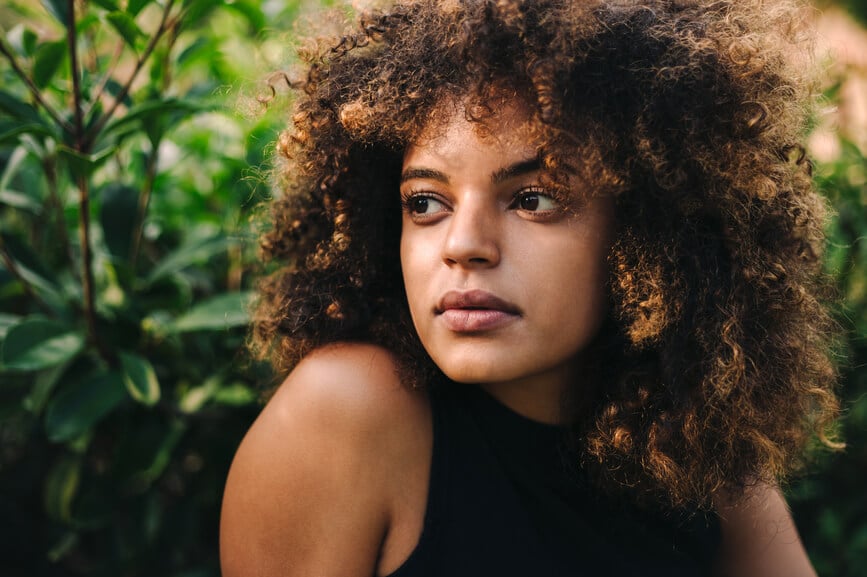 What is the availability heuristic?

How can it mislead us?

Why does it happen?

3 examples of decision-making based on the availability heuristic

The availability heuristic and behavioral economics

How to avoid being swayed by the availability heuristic

When making decisions, people usually have the best intentions in mind. You want to take everything you know into consideration and make a decision that guarantees the best possible outcome.

But even when you want to be objective, it’s difficult to do so. Your personal perception can skew your decision-making process and cloud your judgment. One of the causes of this is the availability heuristic.

What is the availability heuristic?

Heuristics and biases are ways to speed up the process of finding solutions.

The availability heuristic is just one type of heuristic. In this process, people use the most easily accessible information to inform their decision-making.

Easily accessible information can be:

The availability heuristic is based on ease of retrieval. The easier something is to recall, the more likely you are to use it to form your beliefs and opinions.

How can it mislead us?

The availability heuristic works by prioritizing infrequent events based on recency and vividness. For example, plane crashes can make people afraid of flying. However, the likelihood of dying in a car accident is far higher than dying as a passenger on an airplane.

The reason plane crashes seem scarier is because they’re typically treated with more gravity in news stories. And, there’s much more media coverage of them in general.

According to research, the availability heuristic will often lead to risk-averse human behavior.

This means people will try to avoid dangerous situations, even if those dangers are unlikely.

But the availability bias doesn’t just affect decision-making for dangerous events. It shows up when you:

And many more instances in the real world.

This mental shortcut to making decisions can cause you not to consider all the facts with equal weight. As a result, it can lead you to make the wrong assumptions or an uneducated decision.

Why does it happen?

So, why does our mind take these shortcuts to make decisions? Why do we tend to overestimate the accuracy of something that comes to mind easily?

Human cognition takes these shortcuts to aid in decision-making. When information is more easily accessible, it’s more efficient to use that information to make a decision.

Ease of recall is dependent on how recently and vividly something has impacted you.

This means it’s easier to base your decisions on recent events compared to something that doesn’t easily come to mind.

If you live in an area where floods are highly unlikely, there’s a low likelihood that you’ll get insurance against flooding. However, in 2006, the year of Hurricane Katrina, flood insurance policies increased by 14.3%.

This is more than three times the usual growth. Even if people weren’t likely to experience a flood, the images of Hurricane Katrina were all over the national news.

People changed their insurance policies based on perceived risk, not actual risk. They perceived that they were in more danger of a flood because the information was easily available and dramatic.

During the same period, someone could have done research to discover the real chances of experiencing a flood in their area. But this wouldn’t be the easiest way to get information.

On the other hand, news of the floods caused by Hurricane Katrina was readily available everywhere, without people needing to look for it.

As Daniel Kahneman, an Israeli psychologist and author of the book Thinking, Fast and Slow, explains: “The brains of humans contain a mechanism that is designed to give priority to bad news.”

Kahneman and his research partner, Ivan Tversky studied these judgment biases in the 1970s and 1980s. They originally coined the phrase ‘availability heuristic’ in 1973 and went on to receive a Nobel prize for their work.

3 examples of decision-making based on the availability heuristic

So what does the availability heuristic look like in a real-life setting? Here are three examples of how it can manifest during the decision-making process.

1. Deciding who to promote to a new leadership position

Let’s say a manager needs to promote someone to a leadership position. They’ve narrowed down the pool of candidates to two people.

Both candidates have strong leadership skills. They’ve also both made some similar mistakes in the past. 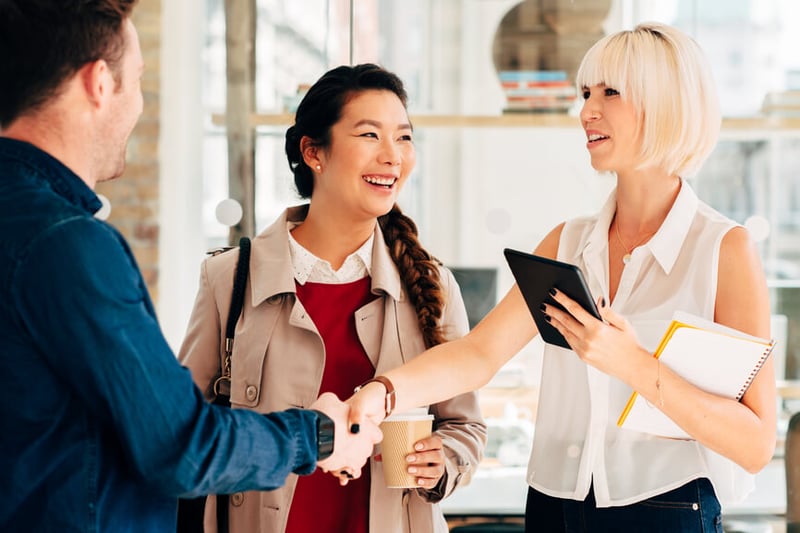 The first candidate once forgot to send an important email before going on vacation, which resulted in a project falling behind. Meanwhile, the second candidate made a very similar mistake while working directly for the hiring manager.

Although both candidates previously made mistakes that led to consequences of the same gravity, the manager decides to promote the first candidate.

Some studies support the notion that people in positions of political power use the availability heuristic. They do this when they have to make complex decisions during uncertain times.

So, if they need to make a decision, this means they’ll look toward more memorable events to influence their decisions.

Let’s say you’re considering leaving your current company for a new one. There were recent budget cuts where you work. This led to several of your colleagues losing their jobs.

You were demoted to your previous position.

When you read about employees’ experiences at the company you’re considering moving to, you realize similar issues happened there before, too. However, you weren’t directly affected by these events.

Making a decision with the availability heuristic means that you’d prefer to switch over to the new firm because you believe you’re less likely to lose your job.

However, if you consider all the facts equally, you’d realize that the new firm may be a riskier decision because their employee retention rate is very low.

The mere exposure effect is a cognitive psychology concept in which “repeated, unreinforced exposure to a stimulus would result in increased liking for that stimulus,” according to Robert F. Bornstein and Catherine Craver-Lemley.

R.B. Zajonc coined the term “mere exposure effect” in 1968. But further studies from Bornstein and Craver-Lemley continue to confirm this phenomenon is real.

Considering the mere exposure effect, it makes sense that people use the availability heuristic to make decisions more easily. More exposure to certain events or knowledge means that you’re more likely to think about it when it’s time to make a decision. 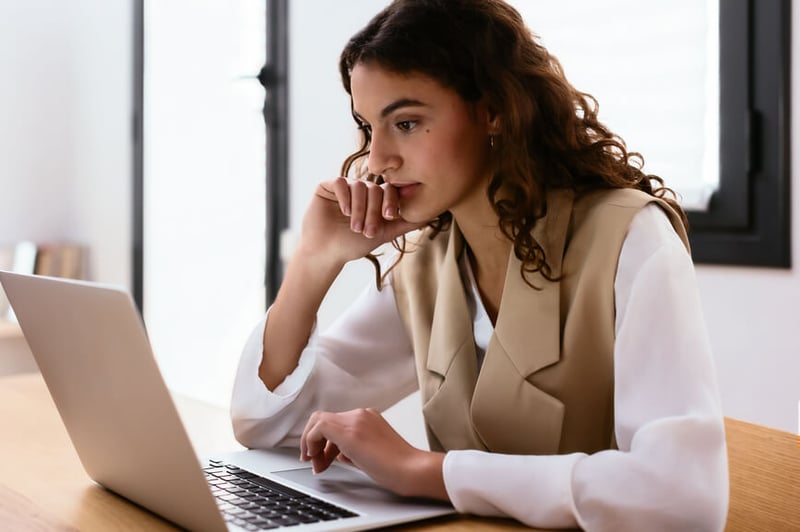 It also means that you’re more likely to like, and therefore believe, the facts you’re more exposed to — regardless of their prevalence.

This is why echo chambers occur. When you surround yourself only with friends, family, colleagues, and news sources that reinforce your existing beliefs and biases, you’ll be more likely to give those sources more weight when a conflict arises or work harder to find common ground.

The availability heuristic and behavioral economics

The availability heuristic also has a huge influence on how people behave with their finances.

For example, investors are more likely to make risky trades without the right information if they’re overconfident in their abilities. Inexperienced traders are also more likely to jump on the bandwagon when they hear of other people making money from a specific trade.

Let’s look at a recent example with Bitcoin. People flock to purchase Bitcoin without necessarily doing research beforehand when they hear that trusted tech personalities like Elon Musk believe in that currency.

This causes a surge in demand, which increases the value of the coin. Because the value increases, more people buy into it in an attempt to make a profit. But they don’t always know how the coin works.

For example, Bitcoin spiked 6% after Musk stated that Tesla would likely start accepting it as payment again.

People can also make financial decisions based on what happens to their friends and family. For example, you could be tempted to buy a lottery ticket after your friend wins the jackpot.

The fact that this happened to someone you know doesn’t raise your odds of winning the lottery. For example, you have 1 in 302,575,350 chances of winning the jackpot for MegaMillions.

But because it happened recently and affected someone you know, you’re more impacted by the event. This means you’re likely to believe you have better odds of winning than you really do.

How to avoid being swayed by the availability heuristic

Now that you’re aware of the availability heuristic, what can you do about it? It’s much easier to make well-informed decisions when you’re aware of your cognitive biases.

Here’s how to overcome the availability heuristic and make more educated decisions.

When you’re about to make a decision on the fly, take a moment to think about it. What’s informing your decision? Where’s your judgment of the situation coming from?

Here’s an example. Let’s say you’re booking a hotel for your team for an upcoming work conference.

In the past, your company has always done business with the same hotel chain. Everyone has always received good service and had a great experience.

But when you make the booking, you remember the latest story you heard from a family member. They had a bad experience at the same hotel chain in another location. 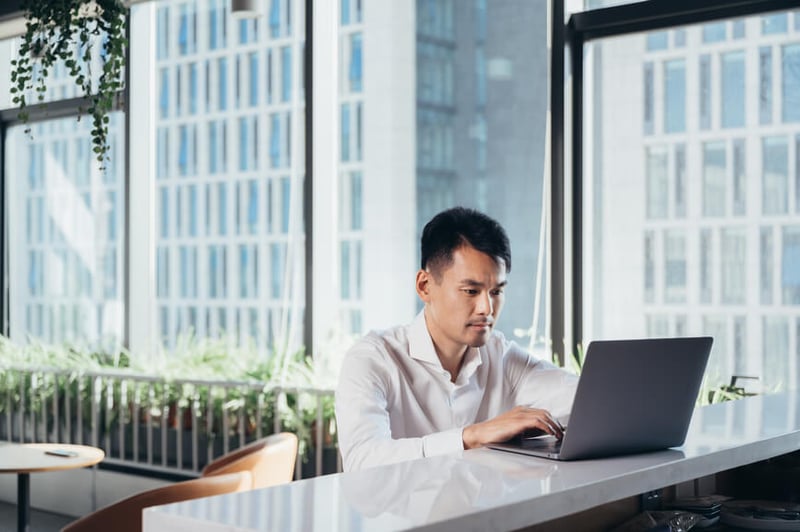 If you made an impulse decision, you could decide to take your business elsewhere to organize the conference. However, it’s important to consider all the facts.

For instance, you know that your family member often exaggerates stories. You also know that in ten years, your company has never once had someone complain about this hotel chain.

Plus, you also know that you’d be booking in a different location.

Considering all these facts, the odds of having a bad experience are unlikely if you decide to book with this hotel chain.

2. Clear out your echo chambers

In order to make more informed decisions, it’s important to seek out information sources that don’t necessarily line up with your personal beliefs.

Make a conscious effort to seek out other points of view.

Recent events can skew your perception of reality. But if you take a look at long-term trends and patterns, they will likely tell a different story.

For example, let’s say that you manage an employee who’s been showing up late to work this week. Before deciding how to handle the situation, take a look at this person’s patterns.

For instance, if they’ve seldom been late in the last five years, perhaps this is only a short-term issue. Consider asking them if they need support of any kind.

If patterns show that this person has been late often throughout their time at the company, they may need a more serious type of intervention.

If you know several people who are left-handed, it doesn’t mean that the majority of people across the world are also left-handed. 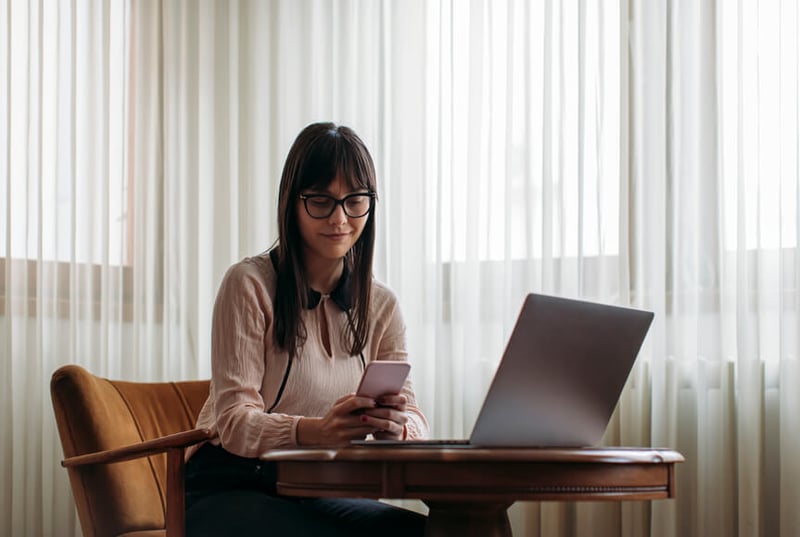 Instead of relying on the people close to you to understand the probability of something, research the base rate. The reality may not reflect the small sample of people in your life.

The availability heuristic allows people to make decisions faster. But it also increases your chances of making poor decisions. And it keeps you stuck in the same cognitive biases.

Overcoming the availability heuristic can be difficult, but it’s not impossible. You can get personalized coaching support from BetterUp to drive your personal growth and decrease your biases.

Try a custom demo today to get started.

Authentic leadership: Why showing up as yourself matters

What does “dominant culture” mean in the workplace?

What is customer satisfaction and how can you improve it for your business?