Identify the type of conflict: productive vs. destructive

The word “conflict” has a lot of negative connotations around it. Especially in the workplace.

Heated arguments with your team members might come to mind. As might personality clashes, deadline disagreements, and friction over social backgrounds.

But having disagreements with your peers isn’t always negative. In fact, workplace conflict can create positive change for an organization.

What’s important is identifying conflict that’s productive vs. destructive and learning how to make the most of it.

Let’s take a look at why normalizing productive conflict is important for your organization's workplace dynamic.

Productive conflict is a type of healthy confrontation. Team members express their different opinions to reach a common solution. It’s an important part of healthy communication.

Although team members may disagree, everyone’s ideas are heard and respected. A non-judgemental environment makes everyone feel comfortable to voice their opinions.

This type of conflict increases productivity, whereas destructive conflict hampers it. Embracing healthy conflict encourages an exchange of new and different ideas.

It’s important to normalize team conflict because it's natural. Disputes are bound to happen in the workplace.

Trying to remove conflict in the workplace isn't practical. And it isn't healthy for an organization’s growth.

Conflict is a healthy part of the development process for a team. What’s important is ensuring teams have the right skills to work through differences.

To create constructive conflict, employees should approach conflict resolution with a healthy attitude.

Stifling conflict stops employees from feeling comfortable to raise questions and concerns. This prevents the workplace from being an environment of open communication and sharing.

Productive conflict should be encouraged rather than suppressed.

Product conflict in the workplace has several benefits for team growth, including:

Rather than being complacent, productive conflict promotes healthy discourse amongst team members. This contributes to a sustainable company culture of open dialogue and discussion.

Strong teams should be able to challenge each other’s thinking and debate. By listening to all sides of an argument, a team can come together to decide on the best plan of action.

2. It creates an environment of learning

Often, when an employee doesn’t understand something, they’ll nod their head and keep quiet. They might be afraid to ask their manager questions or dispute a decision because they don’t want to cause contention.

Productive conflict isn’t only about individuals being able to voice their take on a matter. It encourages team members to listen, a skill that’s important for a team to grow.

3. It helps teams work toward their goals

Working through conflict helps teams learn how to resolve issues. Instead of becoming frustrated when someone in the group is thinking differently, employees are open to new ideas.

4. It clarifies doubts and queries

Sometimes everything for a team isn’t going according to plan.

Maybe employees aren’t achieving their goals as quickly as they’d hoped. Or maybe there’s a lack of clarity around objectives and goals.

It’s okay for a team to have doubts and concerns. Bumps in the road are normal.

Productive conflict prevents a false sense of harmony. If something is wrong within a team, it’s important to raise the issue. Only then can the team address the issue together and move forward stronger than before.

Identify the type of conflict: constructive vs. destructive

Destructive conflict is when arguments are led by antagonism instead of resolution. This type of confrontation is unproductive and hinders a team’s growth.

Both types of conflict involve debate over differences of opinion. But the main difference is the outcome.

Productive conflict focuses on finding a solution. It leads to a positive result that all team members can commit to, even if they don't completely agree with it.

With destructive conflict, an agreement isn't reached, and no one benefits. This kind of conflict damages the productivity of an organization. It weakens relationships and can cause fear and distrust. 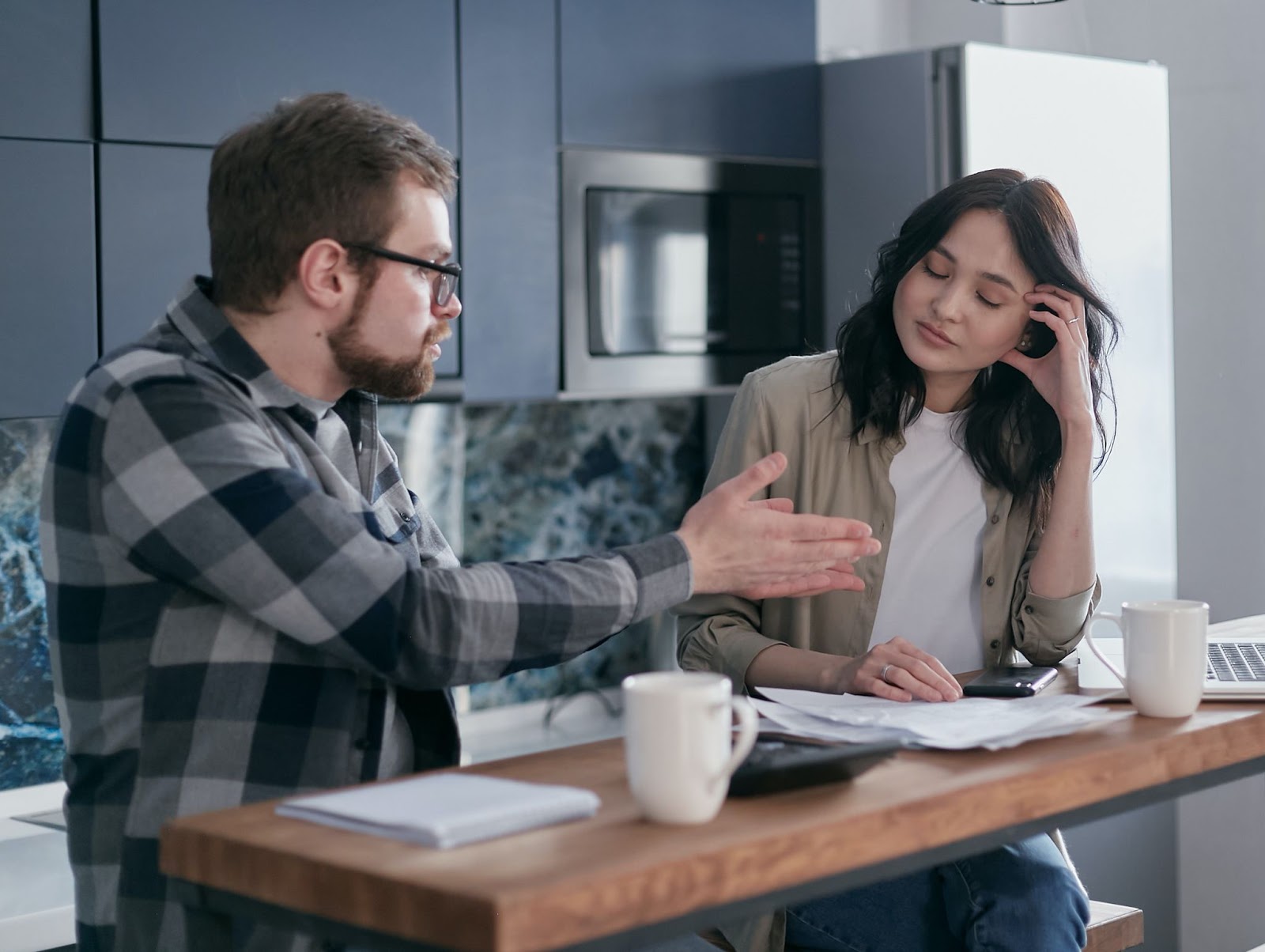 It’s important to identify the type of conflict as soon as possible. This way, you can convert destructive conflicts into productive ones.

Identify the type of conflict by asking yourself the following questions:

If the conflict is becoming destructive, have everyone take a step back. Uncomfortable emotions might be running high, and taking a break may be necessary.

You can also have a third party who is not involved in the conflict act as a mediator.

Conflict management is a skill all team members should have. But it's especially important for becoming a great leader.

Effective leaders interact with many kinds of people within their team and organization. Because of our differences as individuals, conflict is inevitable.

Rather than suppressing conflict, leaders should promote productive conflict. They should educate their team on the value of inviting conflict versus shutting it down.

Leaders should also encourage teams to find their own productive conflict process. This empowers teams and gives them greater autonomy to find solutions.

Here are a few examples of different types of conflict you may encounter in the workplace:

Creative conflict often arises during the brainstorming process. Contradictory creative ideas might cause team members to disagree. But this isn’t necessarily a bad thing.

Creativity flourishes when employees with different perspectives work together. Conflicting ideas over how to approach a task can lead to innovation and novel solutions.

Employees might interpret the instructions given for work assignments differently. Or there may be arguments over how to allocate work. For example, teammates might disagree over who should be responsible for which tasks.

If managed effectively, task conflict can lead to better collaboration. It can increase productivity by clarifying job assignments and company procedures.

Through healthy dialogue and debate, roles and responsibilities are assigned. This promotes individual accountability and creates clarity about processes and procedures.

This type of conflict happens because of clashes in personality or preferences.

When team members work with someone who doesn’t share their opinions, conflict can result.

Differences in race, religion, political systems, and values can also cause friction.

But, different values and opinions are beneficial for growth. Diversity and inclusivity benefits teams at all levels. Diverse organizations are inherently happier and more productive.

Remind employees that differences with their peers are what make a team great.

The way you handle conflict in the workplace is key to making it productive. Here’s how to deal with conflict at your workplace and turn it into solutions:

For a conflict to be productive, it needs to be aimed at finding common ground. Make sure that the disagreement remains focused on the issue at hand, not singling out one person.

It can be easy for conflict situations to become overly personal and emotional. If the debate is taking a destructive direction, guide the discussion back on track. Remind team members that finding a solution is the priority.

Make finding a resolution the priority rather than “winning” the argument.

2. Listen and allow everyone to express themselves

For conflict to result in a solution that all team members are happy with, everyone must participate.

Make sure that no one is being shut down. Encourage each team member to speak up and express themselves. Even if you do not agree with someone, listen and acknowledge what they have said.

One team member’s idea might be the key to finding a solution that benefits the team as a whole. Give everyone an opportunity to play their part in resolving the issue.

The nature of conflict makes it easy to act based on our emotions. When emotions are running high, raised voices, lecturing, and domineering behavior is common.

Keep in mind that becoming emotional is natural. So is feeling angry, frustrated, or sad during conflict. Rather than suppressing these emotions, acknowledge them.

However, don’t let emotional, impulsive responses drive the discussion. Keep the process on track by focusing on finding a solution. Behavior based purely on emotions may not be in the best interest of the team.

Try to remain calm and stay in control of your emotions. This way, you can better communicate with others without making them feel uncomfortable.

4. Be aware of and respect differences

Mutual respect is key for conflict to be productive.

Team members must be willing to have differences in opinions. Without respect for your peers, a disagreement won’t be able to progress toward finding a solution. 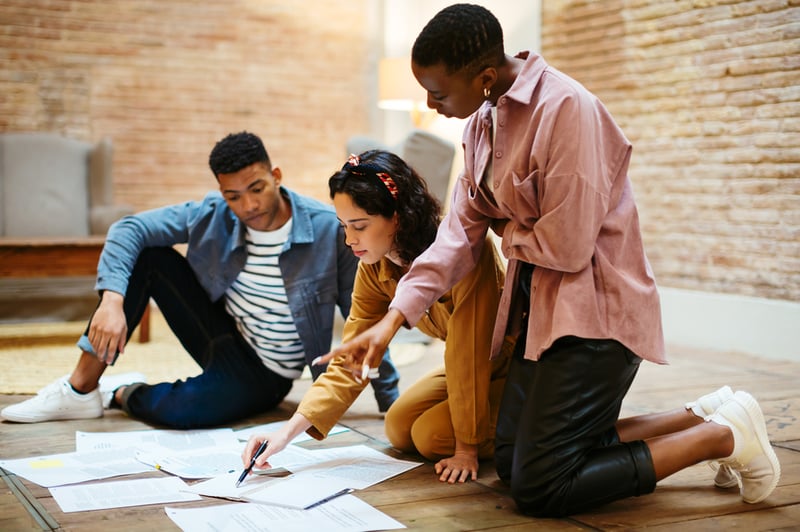 Be open to reframing your thoughts so that the team can keep moving forward. Pay attention to the feelings of others. Listen to what they have to say before expressing your viewpoint.

Create a culture of acceptance by inviting input from others with different backgrounds. Having a diverse team gives access to a wider range of skill sets. Accepting different ways of thinking and behaving facilitates the growth of new ideas.

Conflict within the workplace shouldn't be avoided but welcomed. The differences between its members strengthen the team. Avoiding all conflict may prevent teams from growing and reaching their full potential.

When conflict is mismanaged, it can harm the relationships and growth of a team. But when handled in a respectful way, conflict provides an opportunity for growth.

What’s important is identifying which conflict is harmful and which is productive.

The next step is to embrace productive conflict. This way, you can grow your working relationships from strength to strength.

Get in touch with a BetterUp coach to help you make the most out of productive conflict.

Find out the pros and cons of the servant leadership style and whether it’s the best method for you to embrace for leading your team. Read More
Diversity & Inclusion
13 min read | August 3, 2021

Put team conflict to work with these constructive tips

Explore team conflict and what causes it. Plus, read about common approaches to conflict and 7 tips for how to resolve and prevent it in your team. Read More
Culture
15 min read | July 20, 2021

Knowing how to use on the job training to effectively onboard new members at work is crucial to any successful organization. Here’s where to start. Read More
Leadership & Management
17 min read | September 2, 2021

6 steps to create a management development program that works

Learn what a management development program is and why it can benefit your organization, plus 6 steps for how to start a program for your own company. Read More
Diversity & Inclusion
13 min read | August 13, 2021

Surface-level diversity isn’t enough: Why you should dig deeper

Diversity is more than what you see at surface level. Learn why organizations have more to do and how they benefit from digging into deep level diversity. Read More
Well-being
15 min read | November 18, 2021

What is a fixed mindset, and how does a growth mindset compare? Here’s everything you should know about the differences between a fixed and growth mindset. Read More