Put team conflict to work with these constructive tips

What is team conflict?

Can conflict be beneficial?

The importance of managing team conflict

How to deal with conflict in a team

Learn how to manage team conflict

More and more, employees are asked to work cross-functionally in a matrixed fashion.

The intent is to accomplish large, complex tasks and deliver innovative products and services to customers.

This model can be incredibly effective and nimble. It also holds the promise of fostering creativity and allowing diverse opinions to flourish.

At the same time, it can cause conflict in the team due to varying alignment of:

If not managed proactively, this conflict can lead to:

When managed well, these tensions can serve as a catalyst for creativity, leading to a better employee experience, a higher likelihood of project success, and positive outcomes for the team, corporation, and customers.

Let’s take a look at what team conflict is and common approaches to it. We’ll also give you seven steps for how you can resolve and prevent team conflict in the workplace.

What is team conflict?

Team conflict, or workplace conflict, is a breakdown of interpersonal relationships. This takes place between two or more group members.

Team conflicts can happen between: 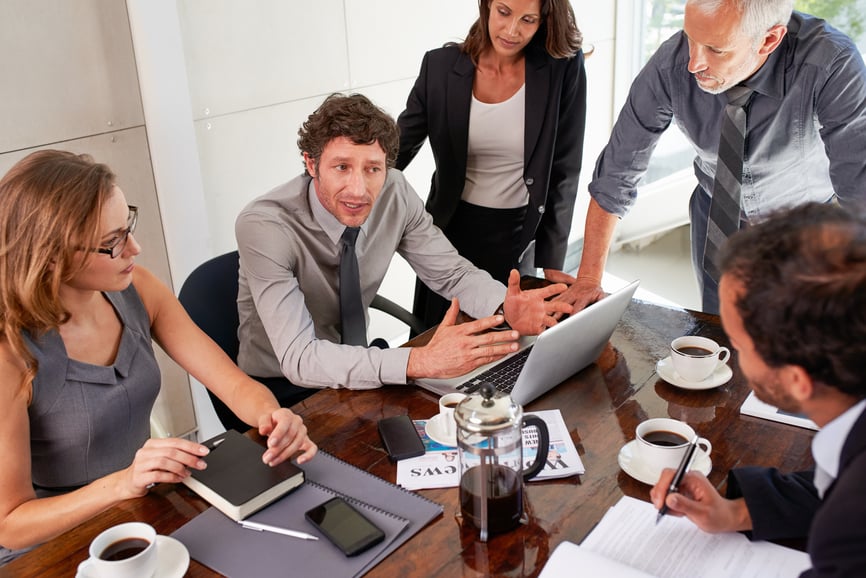 When a relationship conflict such as this occurs, it can have a negative impact on the mental fitness of the entire team, as well as:

Employee conflict is an inevitable part of human interaction.

Because of this, leaders should have well-developed conflict resolution skills. This will allow them to quickly and effectively resolve a conflict situation as it arises. 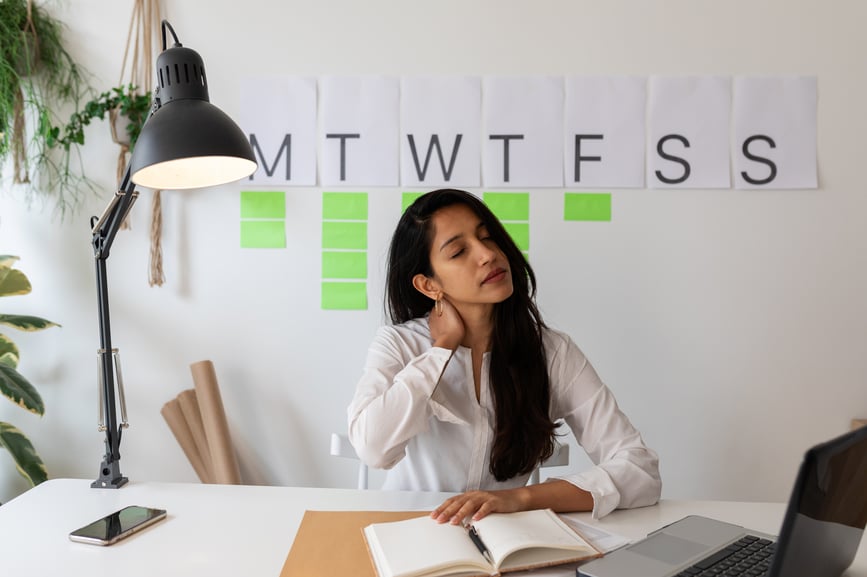 Team conflict can arise in a number of situations for a variety of reasons. Let’s take a look at three team conflict examples and their causes:

1. Leadership expectations and goals are misaligned

Leaders have different styles and may have their own expectations for the project’s goals.

Ideally, there is agreement on the project scope and outcome. But this is not always the case, especially with large, complex, cross-functional projects.

Leaders have a huge impact on their teams in terms of expectations — not just on what to achieve but how to achieve it. This can cause tension within the team as each individual strives to meet their leaders’ needs.

2. Workflows between organizations are not compatible

Large disagreements often show when workflows or interfaces between organizations are not streamlined.

This causes individuals on the project to deal with internal misalignments. Of course, this slows down progress on the actual project deliverables.

Such an occurrence can cause stress and anxiety, leading to conflict among members.

There is well-documented research that diverse teams deliver better outcomes. Yet, personality clashes can still arise. 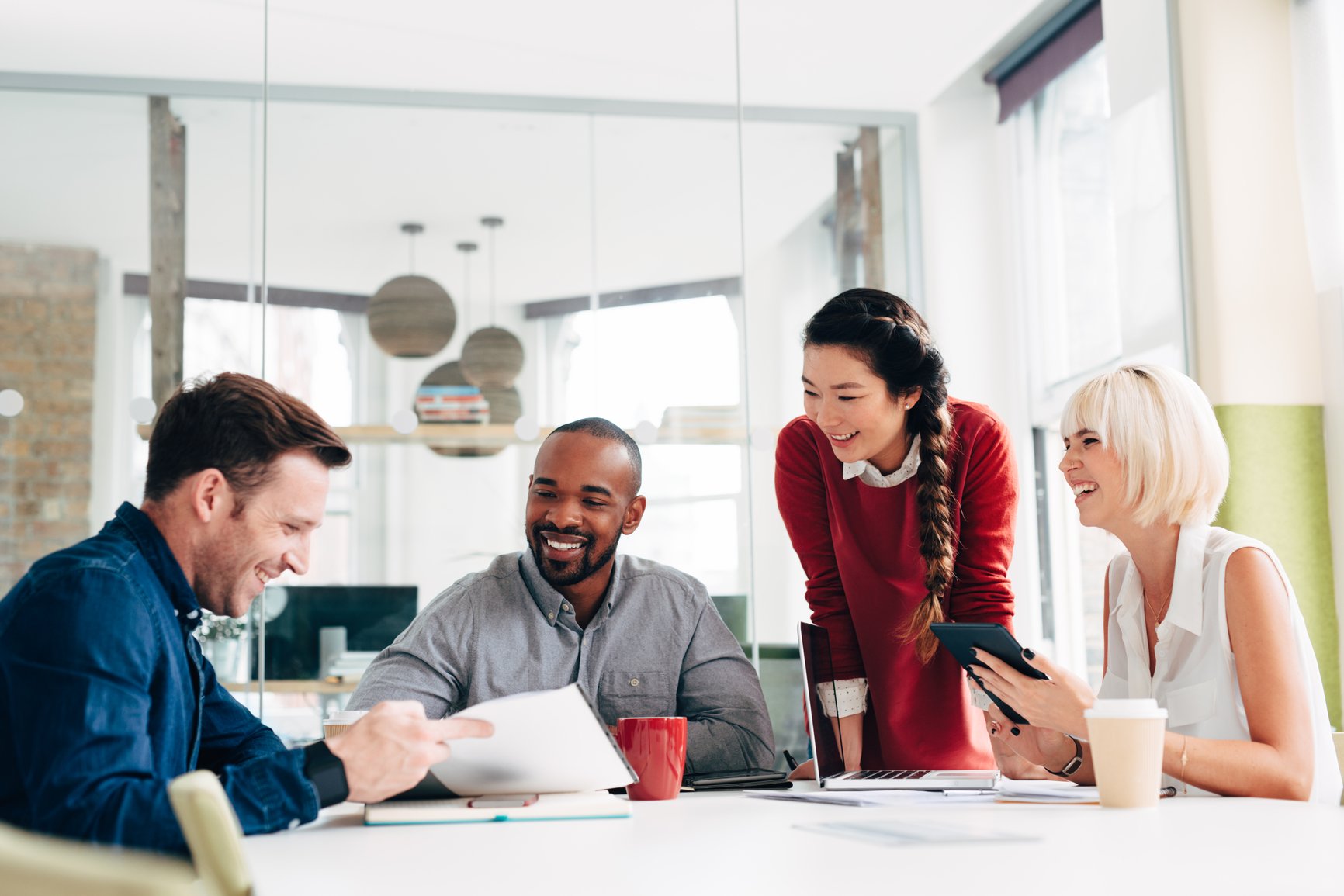 Individuals’ different perspectives and experiences can lead to one of three conflict resolution styles:

A common approach to resolving conflicts is to not resolve them at all.

Rather, some will prefer to avoid confronting situations altogether. This is particularly common if they view conflict as a personal attack on their character.

This approach to personal conflict does not typically result in a favorable outcome. This is because the underlying conflict continues to exist.

However, avoidance can be a helpful strategy for reducing the negative energy in a situation, returning to the issue at a later time.

The opposite approach to avoidance is dominance. This is where one involved in a personality conflict or even a functional conflict sees no other answer to the disagreement but their own.

It is often described as the ‘my way or the highway’ approach.

The best of these three conflict resolution strategies is to compromise.

This involves both parties agreeing on a shared goal and then conceding elements of their argument until they both can find a reasonable way forward.

Compromise can be tough, and it does require a certain amount of emotional intelligence. This is especially true for understanding the other person’s perspective.

Can conflict be beneficial?

Though the term "conflict" tends to carry negative connotations, not all conflict situations arise from negative conflict.

In fact, some forms of conflict can actually have a positive outcome. This occurs when the disagreeing parties reach a conclusion that puts each of them in a better position than where they started. This would be known as a constructive conflict.

For example, imagine two team members are engaged in a task conflict.

One party believes that the best idea is to complete the task as quickly as possible. The other is set on delivering the best possible outcome, regardless of how long it takes.

A situation like this can often lead to an outcome where the two can discover a method of working that increases effectiveness and quality of work. Without simmering conflict, they may find greater speed as well.

This only happens through open communication and effective team discussions.

That is, the outcome of the disagreement is actually an increase in team effectiveness.

The importance of managing team conflict

Team conflict impacts both the emotional and mental health and well-being of individuals. It can have severe cost and productivity implications.

According to the CPP Global Human Capital Report, the average employee spends 2.1 hours every week dealing with conflict. That equates to a full day each month, or two and a half weeks a year in lost productivity.

For the US alone, that translates to 385 million working days spent every year as a result of conflicts in the workplace.

As conflicts take place, they can take an emotional toll on employees leading to:

These factors ultimately affect productivity over a long period of time.

How to deal with conflict in a team

So, how do you turn potentially detrimental team conflict into a baseline for team creativity and growth?

Here’s some really good news: each of us has the ability to impact this outcome. With the right mindset, skills, and support, you have the opportunity to change the dynamic of destructive team conflict. With practice, there is also the ability to avoid it in the future altogether.

1. Spot the signs of group conflict

Learn to spot the early signs of conflict and address it as it occurs.

Many individuals and leaders tend to be averse to conflict. However, the timely resolution of conflict keeps issues from festering. This prevents any impact on productivity long-term.

Learning how to have difficult conversations at work is key to being able to confront these issues when they arise.

Don’t take sides. Assume the positive intent of others and bring a mindset of curiosity and discussion.

Open up options for resolution by the team members, encouraging them to discover common ground.

When you remember that the relationship with your colleagues is the key to ongoing collaboration and productivity, it will be easier to approach conflicts simply as discussions to undertake toward common goals and outcomes.

Dealing with team conflict requires more than just understanding each person’s point of view. It requires the team leader to design a plan to resolve the conflict, even if it requires compromise from your team members.

Leaving unresolved conflict on the table will have a long-term negative impact on the organization. You can pretty much guarantee that a similar conflict will arise in the future.

Make sure to follow up with those involved in the conflict situation. You’ll probably notice an improvement in the team dynamics once a conflict has been resolved.

The skills to effectively navigate and manage conflict can be learned by anyone. This is often done through training programs and reinforced with leadership coaching.

Focus on developing your team's ability to resolve conflicts between themselves. This will minimize your need to intervene in the future.

Learn how to encourage your team to upskill here: What is a skills gap in your company? (plus gap analysis template).

7. Avoid it in the first place

A culture of expectation can be a powerful tool to support healthy ways of dealing with team conflict, and even prevent conflict from ever happening. Such a culture puts a priority on:

Learn how to manage team conflict

Learning to resolve a destructive conflict can be difficult.

It involves putting your own emotions aside. It also requires striving to understand the different perspectives your team members bring to the table.

However, with these seven steps, you’ll be well on your way to creating a cohesive team dynamic:

Need a helping hand developing your leadership skills? Find out how BetterUp can help here.

Can’t we all just get along? A guide to conflict management styles

Is your team’s conflict productive — or destructive? Learn conflict management styles that actually work, and how (or when) to step in for the best result. Read More
Leadership & Management
19 min read | June 30, 2021

What to do when things get tense? 7 tips to handle workplace conflict

While some constructive conflict is good, don’t let it get toxic. Find out why these 7 tips can help handle conflict in the office. Read More
Collaboration
15 min read | August 20, 2021

Productive conflict is an important part of workplace dynamics. Here’s why you should normalize it and how to make the most of it for your team’s growth. Read More
Culture
20 min read | May 6, 2021

How to embrace constructive conflict

When you feel out of alignment, it’s like you’re losing a battle with yourself. Learn to recognize the types of internal conflict and how to resolve them. Read More
Well-being
12 min read | April 5, 2022

One life skill everybody needs: Learn how to stand up for yourself

Learn how to stand up for yourself and why it doesn’t have to be full of conflict and arguments. Plus, see how it helps your well-being. Read More
Leadership & Management
13 min read | August 3, 2022

A complete guide to dealing with insubordination in the workplace

Insubordination in the workplace damages morale and undermines leadership. Here are 7 ways to prevent it and 6 tips to handle conflict when it does arise. Read More
Leadership & Management
10 min read | August 4, 2022

If expectations are falling short, re-examine your communication

Learn how to communicate expectations so your team members know what’s expected of them, and you can lead an efficient, successful, and happy team. Read More