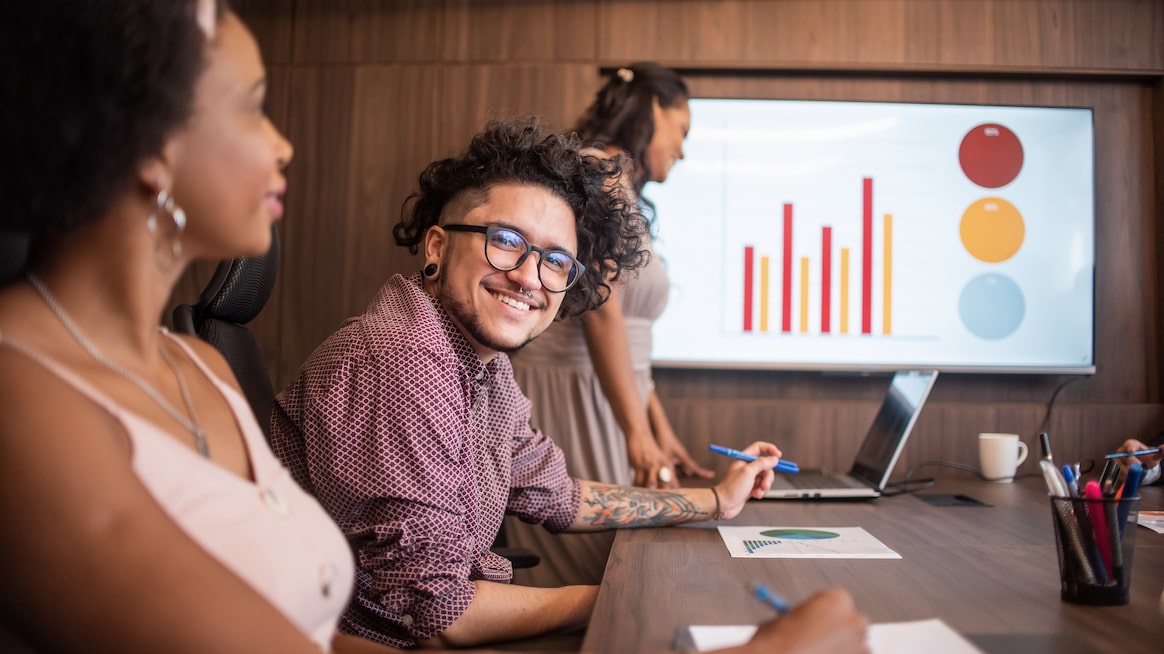 During the month of June, you’ll find many corporations putting up rainbow flags, participating in Pride celebrations, and expressing their allyship to the LGBTQIA+ community. However, how the company treats its LGBTQIA+ employees after Pride month is what really matters

Employment insecurity is higher than ever right now, but it’s particularly high for members of the LGBTQIA+ community. Four US Census Bureau surveys about emotional and economic well-being found that LGBTQIA+ respondents reported higher levels of insecurity and emotional distress than other groups.

We wanted to understand how members of the LGBTQIA+ community felt their identity impacted their professional success. Using the Prolific research platform, we surveyed more than 1200 US-based working adults. Participants included were selected based on their self-identified sexual orientation, with the following breakdown: 721 Heterosexual participants and 522 LGBTQIA+ participants. Respondents were then separated into quartiles based on the reported support of their managers, with low support managers comprising the lowest 25% of scores on the manager items and high support managers comprising the highest 25% of scores on the manager items.

Our survey results tell us that manager support plays a crucial role in alleviating employee concerns about discrimination and fostering optimism about future career success in LGBTQIA+ employees.

In contrast, those with high manager support expressed more positive outcome projections, with 20% saying their identity negatively impacted their potential for career success. That’s a 47% difference in negative outlook generation based on manager behavior.

How organizations can support their LGBTQIA+ employees

Despite corporations celebrating Pride month and an increase in rainbow flags around the office, many LGBTQIA+ employees don’t feel supported and believe their identity negatively impacts their potential for professional success. Employers already understand the importance of managers supporting their staff. But these reports highlight the disparities LGBTQIA+ employees face.

It’s time for corporate leaders to take initiative to create change. Rainbow flags and acknowledgment of Pride month are great gestures. But there must be substantive actions to help LGBTQIA+ workers feel included and safe and supported.

One of the key ways companies can do this is to help their managers understand the disparities LGBTQIA+ employees face and what support the organization is able to provide to mitigate those disparities. Managers must be ready to listen without dismissing their worker’s experiences or perspectives just because they haven’t had the same ones, and then do something with that information. Professional coaching has been proven to help managers become better mentors and drive diverse teams to success.

It’s also important to institute diversity and inclusion initiatives. This will give non-LGBTQIA+ employees the chance to learn how to become better allies. These kinds of programs show your team in a more concrete way that allyship and inclusion are a priority for everyone beyond Pride month.

Employment insecurities of the LGBTQIA+ community won’t fade overnight. But acknowledging there are disparities and taking steps to improve them will go a long way to support your LGBTQIA+ workers.

Considering all they have on their plates, it’s no surprise working parents are feeling the pressure this fall. Yet many don't feel support from their organizations. Read More
Research & Insights
5 min read | October 13, 2021

Good leaders who lead successful teams have many skills, from influence to humility. Our data shows what is most important to employees and bottom line. Read More
Research & Insights
6 min read | October 28, 2021

BetterUp member data reveals that leaders are continuing to focus inward at a time when their employees need them the most Read More
Research & Insights
8 min read | November 10, 2021

How keeping employees connected may actually keep them committed

Employees are feeling less favorable about their employers over time, but it may be related to feeling less connected to each other Read More
Culture
12 min read | June 21, 2022

43% of us don’t feel connected at work. Here's what to do about it.

Employees everywhere aren't getting the type of social connection they want or need. Learn why that matters and what you can do to boost your own. Read More
Research & Insights
6 min read | July 5, 2022

Considering a return-to-office mandate? Here’s what it could cost you

For workers who value the flexibility of remote and hybrid work, a return to the office mandate may not make them feel welcomed, understood, or supported. Read More
Research & Insights
4 min read | October 28, 2022

For many LGBTQIA+ workers, the office can be a lonely place

Our work arrangement can significantly impact our sense of belonging. But LGBTQIA+ employees face additional challenges that leave many feeling isolated Read More