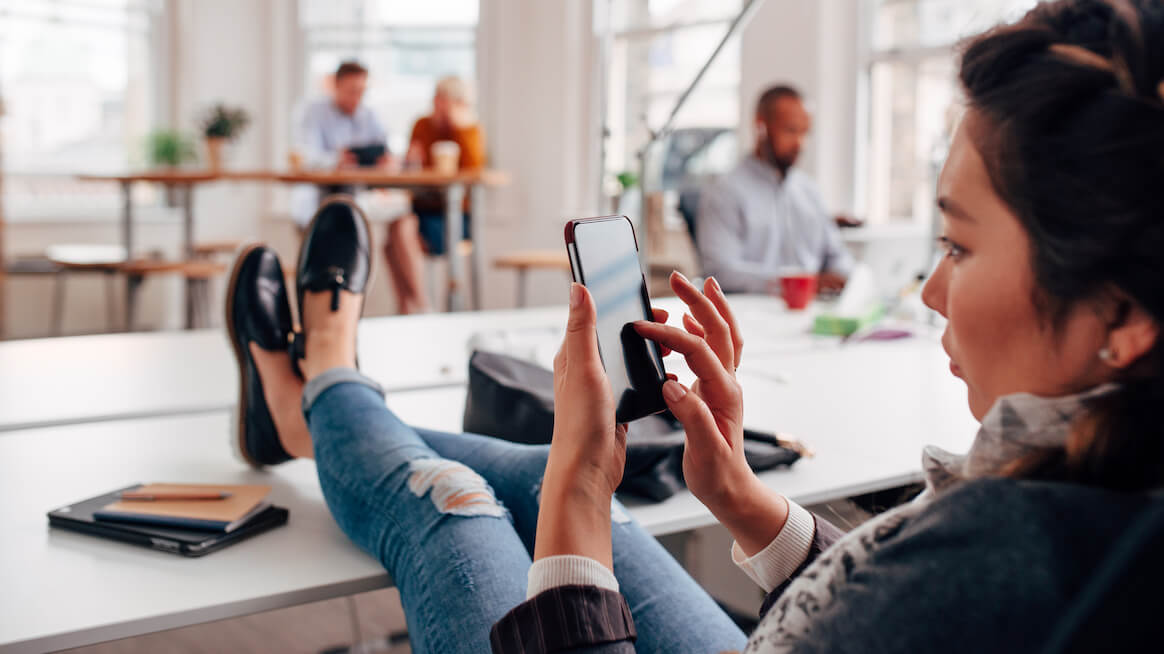 Everyone loves a three-day weekend, and new trends in work might mean that every week is a little shorter. A four day work week may do more than give you an extra day to catch on laundry, though. Research indicates that a shorter work week has powerful benefits for the employee, the workplace, and the environment.

A four-day work week is a schedule in which full-time employees are expected to work four days a week, instead of the traditional five, with no reduction in pay. It’s often confused with a compressed workweek, in which people work a “normal” 35 to 40 hours in four days, followed by three days off. Because these compressed schedules tend to lead to overwork and additional stress, a true four day week maintains the same work schedule (seven to eight hours), but provides an additional day off.

Modern workers may have a hard time imagining anything other than the nine to five, Monday through Friday grind, but the idea is not new. President Richard Nixon famously declared that Americans would soon be working a four day workweek more than sixty-five years ago. John Maynard Keynes, known for his economic theories, predicted long before then that by 2028, the work week would be a mere 15 hours long. While we’re some ways from that schedule coming to fruition anytime soon, we’re also long removed from the 70 to 100-plus hour weeks that were standard in the 1800s.

Although various labor activists, economists, and environmentalists have been in support of a reduced work week for some time, the idea had very little tangible support or proof as to its efficacy. However, from 2015 to 2019, the Reykjavík City Council launched the largest four-day work week experiment to date, involving 1% of the total workforce. The experiment was considered an “overwhelming success,” with the employees reporting increased morale, a reduction in burnout, better work-life balance — and no decrease in productivity. Because of the success of this experiment, 86% of Iceland’s workforce is following suit, either working a reduced schedule or currently in negotiations to do so. Moreover, similar trials are taking place in other countries, including New Zealand and Spain.

The COVID-19 pandemic made a lot of important changes in our understanding how  productivity, pressure, and working hours intersect. Companies have long been able to demand a separation between work and life. But in what was arguably the world's largest remote work experiment, 2020 began to blur the lines between the two. Because people were responsible for juggling competing priorities (such as their health, their responsibilities at home, and their professional lives) increased flexibility became more important as the job took a backseat.

While the pandemic was far from easy on working families, it brought a number of benefits. Employees found that when given the option and flexibility to structure their day, they were better able to balance their mental health, physical health, and family responsibilities with work. As a result of this increased control, many employees have embraced a new work schedule, free of commutes and rigid hours. Large companies have followed suit, advocating for the change as a way of reducing costs while maintaining productivity and improving well-being. Some people feel that it would be better to “get back to normal” as quickly as possible. However, this way of working may be the new normal, as uncertainties about post-pandemic life continue to make the future unclear.

Many companies have tried to force workers back into the office, citing it as necessary for collaboration and productivity (despite evidence to the contrary). Arguably, the transition hasn't been easy on urban landlords, who rely on businesses and commuting workers — without whom it becomes difficult to justify the expense of large office buildings and downtown apartments.

The juxtaposition between the demands of the workforce and the desires of the workplace have created the trigger for the Great Resignation — and the workers are winning. There are a record number of open jobs and employers are offering unheard-of benefits to entice people back into the workforce. But if companies want to retain their best talent and continue to grow, they may not have a choice about whether or not to offer flexible and reduced work schedules.

A four day work week brings several important benefits — and a few considerable downsides. If you’re looking to make a case for reduced hours at your workplace, it’s worth taking the pros and cons into consideration.

One of the largest concerns about the four day work week has been disproven by the existing trials. Many companies worry that reducing the working hours would actually result in a reduction of productivity, but that hasn't proven to be the case. Employees have been just as productive, if not more so, then they are in a full week. Furthermore, employees that aren't burnt out tend to do better, more innovative work.

Large organizations discovered quickly during COVID that a remote workforce has led to huge decreases in the amount of money spent on offices. That means a reduction in office square footage and related costs such as air conditioning, heating, electricity, and other in person expenses. Many companies actually found themselves with a surplus in their human resources budgets, which they were then able to reallocate to employee wellness initiatives.

Employees in Iceland that participated in the four day work week trial reported improved morale and better work-life balance. At BetterUp, we emphasize the importance of taking time for this inner work. For workers who need to do thoughtful, collaborative work, taking down time is essential to being able to perform at your best. 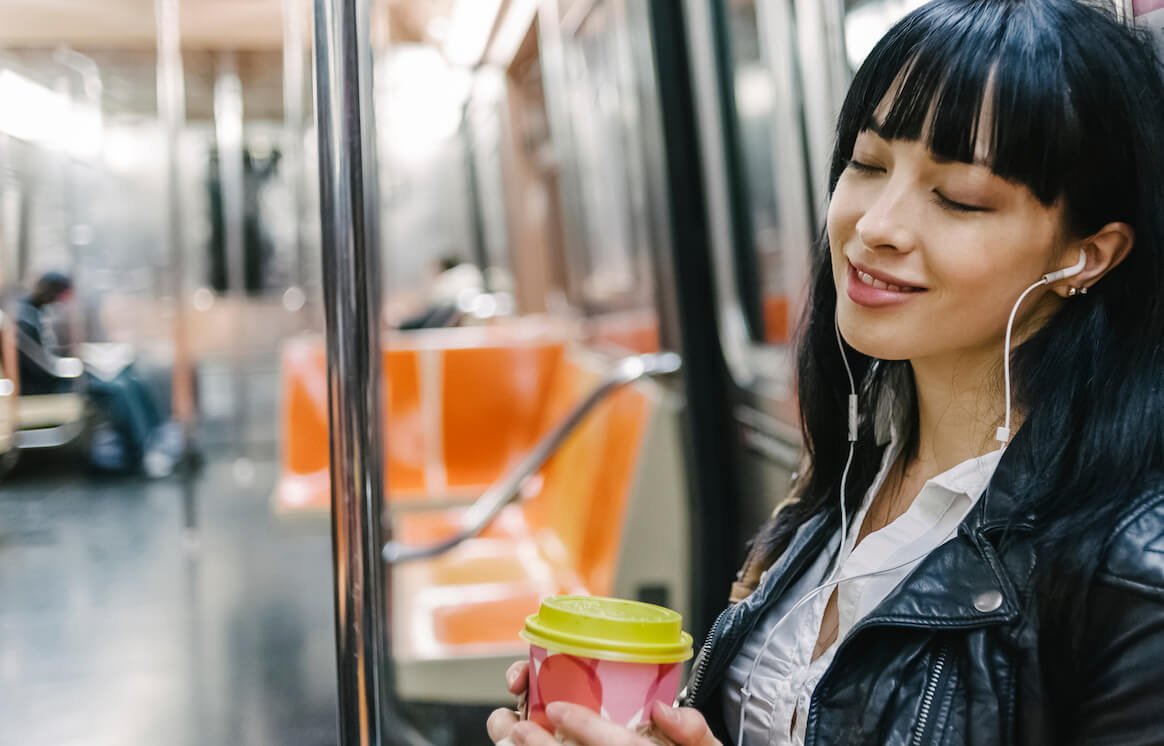 Not cost-effective for all industries

In Sweden, which tested a four-day work week with nurses, the plan was scrapped because it was ultimately found to not be cost-effective. A true four day work week is a reduction in hours with no reduction in pay, meaning that more employees may have to be hired in industries that require seven-day-a-week coverage. This may offset any gains that would otherwise be made from reduced facility costs.

A government organization found that customer satisfaction dropped during their four-day experiment since all employees had off on Friday. This created a hardship for their normal clientele. In companies that need to be open for most of the week, this could potentially be managed by offering a staggered schedule. Providing a four day work week may work with different days off for different people (similar to how shift employees work).

A four-day work week is not the same as a compressed workweek. Although they are easily confused with each other, the benefits don't come simply from the extra day off per week. Companies that attempted to offer a compressed schedule — one where employees worked 40 hours over four days — found that their employees actually experienced an increase in overwork and burnout.

In May 2021, environmental and social justice collective Platform London released a report detailing the ecological impact of a shorter work week. From the earliest days of the pandemic, it was apparent that fewer people commuting translated quickly to reduced pollution, clearer skies, and less congestion on the roads. The impact was global, with Americans reporting less smog in Los Angeles and Europeans famously spotting dolphins in the canals of Venice. While some of this may be exaggerated, the benefits of fewer rush hour commuters is not. Less people heading to the office also means a reduction in electricity consumption from less lights, air conditioners and elevators running.

Many estimates put the reduction in carbon footprint at around 30% simply by offering one full day off per week. A more modest 10% reduction in hours (roughly three to four hours a week for most full time workers) still translates to a 14.6% decrease in carbon emissions.

Despite the evidence demonstrating the efficacy of a four-day work week, we're still many years away from seeing it become standard. More research needs to be done in order to cement its value and benefits. Although the pandemic accelerated the shift towards reduced working hours, companies are beginning to push back and employees are looking for greener pastures. As we navigate the new normal in the world of work, it's almost certain that we'll see more trials on how to successfully bring work-life balance to the forefront of the employee experience.

What disengaged employees reveal about your workplace culture

Disengaged employees don’t just “check out.” And even when they’re still showing up, they impact workplace culture. Learn to reconnect with your workforce. Read More
Employee Experience
9 min read | September 30, 2021

Workers who shifted to remote work during the pandemic are paying belonging tax for the convenience, flexibility, and work-life balance they gained. For employers, the... Read More
Employee Experience
16 min read | September 2, 2019

Josh Bersin, Founder and Principal of Bersin by Deloitte, recently spoke at BetterUp Shift 2018, an event which brought together the most innovative leaders and thinkers in... Read More
Employee Experience
11 min read | December 11, 2021

It’s an exciting, changing world of work — from how we design our workplaces to how we structure our teams. Agile performance remains key to innovation and growth. Read More
Employee Experience
15 min read | September 2, 2019

Becoming a parent signifies the end of many things: an uninterrupted night’s sleep, the ability to to take a night off at a moment’s notice, and perhaps, your fancy glass... Read More
Employee Experience
18 min read | July 13, 2021

5 questions to ask to better the return to work

As companies re-emerge after the COVID summer, they are seeking a fresh look and experience. By placing their core values at the forefront of their new business models,... Read More
Employee Experience
5 min read | September 2, 2019

The path to individual transformation in the workplace: part two

Back to school? 3 ways managers can support working parents

Kids are back in school! What was supposed to be a relief has caused more anxiety. Working parents are depleted. Their managers may be too. How to make the best of it. Read More