Bereavement leave: How to prepare for the unexpected 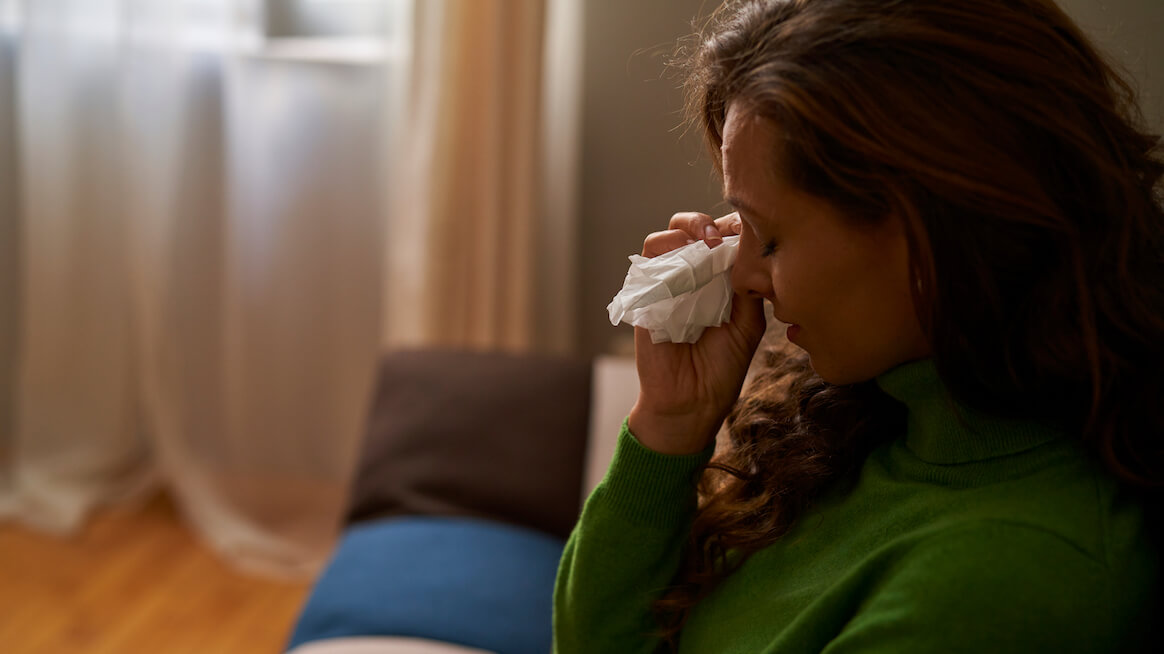 What is bereavement leave?

How long is bereavement leave?

What is proof of loss?

The importance of time in grieving

When a loved one passes away, it puts emotional and mental stress on those left behind.

The death of a family member often also brings logistical, financial, and administrative tasks. In addition to dealing with the reality of the loss, many people will suddenly find themselves in the position of executor, planner, and often mediator.

The combined mental, physical, and emotional labor can be a lot. This goes double if your employee was also the deceased's caregiver.

While no one likes to think about losing people they care about, bereavement leave is a way to help employees when it inevitably happens. Learning about bereavement leave — before you or your team needs it — can help ease a difficult time period.

What is bereavement leave?

Bereavement leave is time off granted to an employee in the event that a loved one passes away. The intention is to allow for employees to grieve, attend funeral services or a memorial, or deal with financial and legal matters that may come up after death.

Most employee bereavement leave policies stipulate that the person who passes away has to be a close family member, like a parent, sibling, child, or spouse. However, in most cases, bereavement can be used to attend to the death of any loved one.

Bereavement leave policies are usually outlined in the employee handbook, if the company has one. It’s not uncommon for small to medium-sized businesses to not have a formal leave policy.

There is no federal law that mandates employers to provide bereavement leave to their employees. There are also no state laws and currently only one state, Oregon, has a leave law in place. Employment law requires companies that do offer bereavement or other formalized leave agreements to uphold them equally for each employee.

Even though companies are generally not required to provide bereavement leave, that may change if they hire union workers. Unions might negotiate bereavement as part of a collective bargaining agreement.

Employees are also not required to take bereavement leave. The time, if available, is there to be used at their discretion. However, even though the time isn’t required, both employees and employers should advocate for this important employee benefit.

Grief can have an impact on your well-being, both physically and emotionally. Pushing through the pain — even if it helps to take your mind off of things in the short-term — can lead to complications from unresolved grief down the line. These might include anger, obsession, fatigue, depression, or addictive behavior. 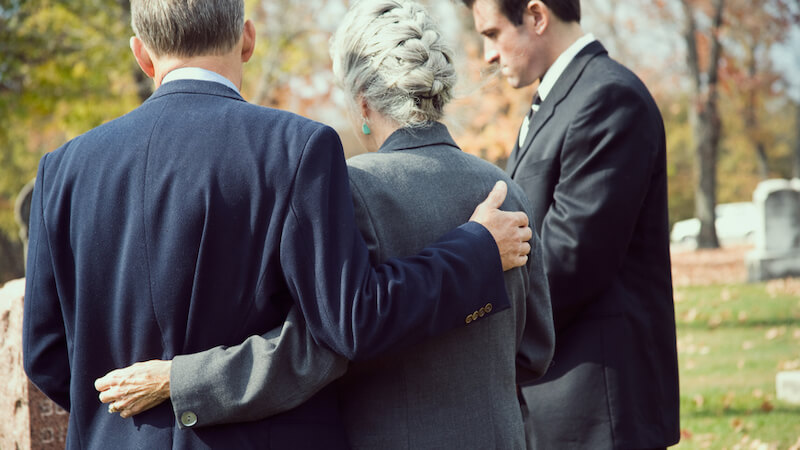 Companies that do provide bereavement leave may provide paid, unpaid, or a mix of both. Since there are no federal laws regulating bereavement leave, the policies are offered on a case-by-case basis. However, having a formal policy in place helps ensure fairness and consistency within the organization.

Although it’s not required, most companies (around 88%) offer paid leave to employees that have lost a loved one. Some companies — notably Facebook/Meta and Adobe — provide up to four weeks of paid leave. Generally, anyone who works at at company full-time is considered an eligible employee.

Offering paid leave to employees dealing with grief isn’t just the right thing to do — it’s a smart move for companies. Employees that feel valued and cared for at work are more likely to stick around. Whatever funds are spent on paid leave are easily less than turnover costs.

Just as taking sick leave ultimately boosts productivity, encouraging employees to attend to their emotional and physical well-being makes them more engaged and productive when they return. While any type of guaranteed leave is beneficial, paid leave gives your employee one less thing to worry about during an emotionally trying time. It’s a subtle but powerful way to let them know that you care about them.

How long is bereavement leave?

The length of bereavement depends on several factors. The most common distinction in types of leave is the relationship between the employee and the deceased.

In most cases, employees receive a minimum of three days of bereavement leave for the death of an immediate family member. Such leave often includes parents, siblings, children, spouses, and grandparents. However, many companies offer up to two weeks of paid leave, and potentially additional time as an unpaid benefit. There might be a time limit on unpaid bereavement leave.

For non-immediate family members, it’s customary to receive at least one day of paid leave — although some organizations offer more.

Many organizations also offer a brief, four-hour leave to attend the funeral or memorial service of a coworker.

While relationship to the decedent is often used to determine how much leave an employee is entitled to, that practice is becoming dated. As the family structure moves away from the “nuclear” stereotype, people form relationships that are different and more complex.

For example, some people are raised by a guardian or hold primary responsibility for a friend’s estate. It should be up to the individual to determine how much time they need to grieve a loss.

What is proof of loss?

As with other details related to bereavement, it’s up to the individual company to decide if they want proof of loss from their employee. Generally, a death certificate always suffices to prove loss. However, depending on your relationship to the person, a death certificate may not be available.

Other forms of documentation might include a prayer card, a funeral program, or just the name of the deceased. Human resources should be able to provide an easy answer about what documentation is needed to prove the loss when you make your leave request.

The importance of time in grieving

Grief is life-changing. On average, even uncomplicated grief can affect a person for anywhere from a six-month period to two years. With complicated grief, symptoms and chronic stress may worsen over time, leading to depression, anxiety, and the inability to move on.

And even though bereavement leave is specifically for after the death of a loved one, remember that grieving often precedes an event. Anticipatory grief is common when someone is given a terminal diagnosis. As a manager, be aware of this for team members, whether or not they are caregivers, although caregivers risk burnout. Grief doesn't conform to the timelines of benefits and policies.

Support, time, and self-care are important factors in treating and processing the impact of grief. Bereavement leave provides the emotional space that employees need to deal with both the logistical and emotional aspects of the death of a family member in a healthy way. It’s a proactive measure that is critical in supporting mental fitness, both in and out of the workplace.

Time is key in the process of grieving. It’s hard enough to manage emotions when your feelings are part of your job. Having to also suppress major life events and personal struggles negatively impacts well-being in both the short and long term.

The good news is that every employer can decide to offer bereavement leave. Even if the organization can only afford one paid day, employee benefits are about more than just compensation. They remind your team that they’re valued and worthy of care and that you have their backs — even in the hardest of times.

How to have a good work-life balance (hint: it’s not just about time)

Work-life balance is about more than time at work and time at home. Learn how to create a balance that allows you to thrive - on and off the clock. Read More
Employee Benefits
20 min read | August 17, 2022

Compensation and benefits: Why the right pay and perks matter

Compensation and benefits are important to every employee. Learn what they are, how they differ, and why you should care about how they work together. Read More
Leadership & Management
8 min read | August 25, 2022

Feedback doesn't have to be scary. Learn about the benefits of feedback for your employees and your organization. Read More
Professional Development
9 min read | March 18, 2022

Effective communication feedback: 3 tips fuse the old with the new

A multigenerational home consists of three or more generations living under one roof. Use this guide to learn more about multingenerational living. Read More
Employee Benefits
13 min read | June 9, 2022

Learn about how companies establish compensation or salary ranges — and how you can evaluate your own compensation. Read More
Employee Benefits
12 min read | June 10, 2022

Taking medical leave? What to know before you do

If an employee isn't well, taking time to recover is always a good idea. Here's what employers and employees need to know about a medical leave of absence. Read More
Well-being
12 min read | August 2, 2022

Do you regularly take a midday nap? You might be on to something. Learn what the science says about segmented sleep, and what it means for your well-being. Read More
Employee Benefits
12 min read | October 25, 2022

Floating holidays: What they are and what you need to know

A floating holiday is a day off that employees can use at almost any time of the year. Here’s what you need to know about offering them and common FAQs. Read More