How to apologize well: Do it with grace and professionalism 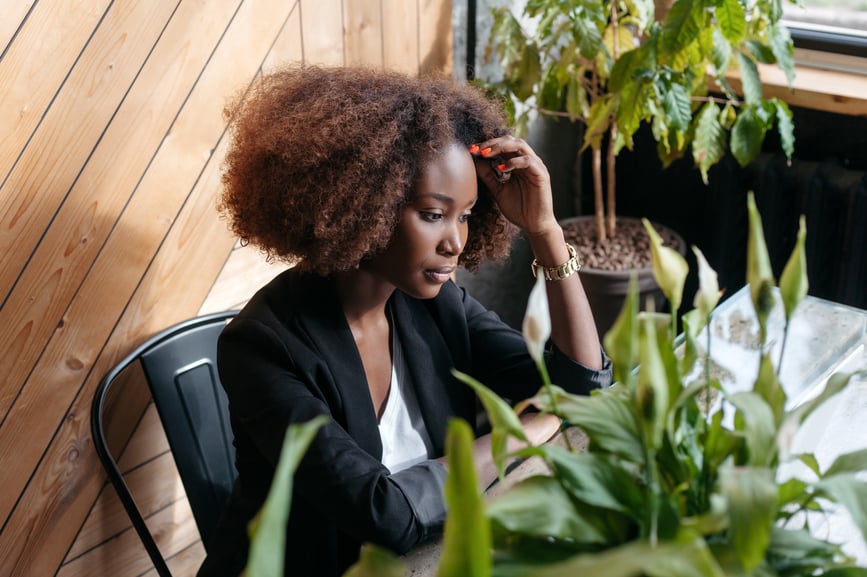 Why most apologies don’t work

Why a good apology is crucial

5 key factors for the best apology

How to apologize professionally in an email

How many times should you apologize?

How to apologize when you are not wrong

Should there be a follow-up to an apology?

Learn how to apologize sincerely

When you know you did something wrong, it can feel nerve-wracking to take the next step:

Let’s explore how to apologize and why good apologies matter both at work and in your personal life.

Why most apologies don’t work

If you’re like most people, you’ve probably heard and made an apology that didn’t feel that great.

So why don’t these apologies work?

Let’s break down an example of a bad apology to see the problem:

“I’m sorry that you feel upset by what happened. I didn’t mean to make you feel belittled, but I was trying to impress the client, and that’s why I said what I said. I apologize.”

The first thing the apologizer says is, “I’m sorry that you feel upset by what happened.” This doesn’t mean the apologizer is sorry about what they did. Instead, they’re unhappy that the other person is feeling upset.

When the apologizer says, “I didn’t mean to make you feel belittled,” they’re not taking ownership for what happened. And when they try to justify what happened by saying, “I was trying to impress the client, and that’s why I said what I said,” the apology is focused on making excuses, not apologizing.

The other person likely feels like the apologizer doesn’t value them as much as their own ego. 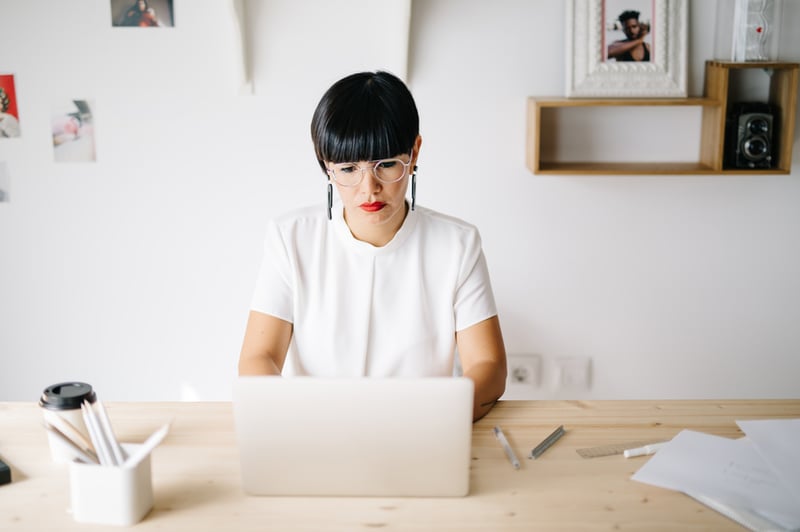 So why do people apologize this way?

It’s not easy to admit that you did something wrong. And not just to the other person, but to yourself, too. No one wants to feel bad about themselves.

So sometimes people use apologies to convince themselves there’s a reason they acted as they did.

This focuses apology on the apologizer, not on the wronged person.

Why a good apology is crucial

Good apologies are difficult, but they’re crucial to master for both ongoing relationship management as well as effective communication.

Knowing how to admit your wrongdoings is necessary for building healthy long-term relationships. That’s because apologies prevent the buildup of resentment.

Everyone can make mistakes. They’re inevitable. But apologies help people overcome these mistakes together.

Good apologies are especially important at work. An inability to apologize can lead to toxic leadership and toxic workplace culture. When people in the workplace are unable to own up to their mistakes, resentment between colleagues can develop over time.

It’s also difficult to create a culture of accountability and build trust between colleagues. Accountability relies on people owning up to their mistakes.

Additionally, an effective apology helps the other person regain their dignity. They can rest easy knowing that what happened wasn’t their fault. It can also help them save face in front of other coworkers.

5 key factors for the best apology

So what is the best way to apologize to make sure all parties feel respected and valued?

Here are five key factors that help improve any apology:

Telling someone you apologize isn’t enough for a good apology. It’s also important to let them know that you regret what you did.

Not only should you take responsibility for what happened, but you should let them know that you feel bad about how you made them feel.

Some things you can say to express remorse and regret in a sincere way include:

Part of apologizing is showing, not just telling. And to show you’re sorry, amends are necessary. 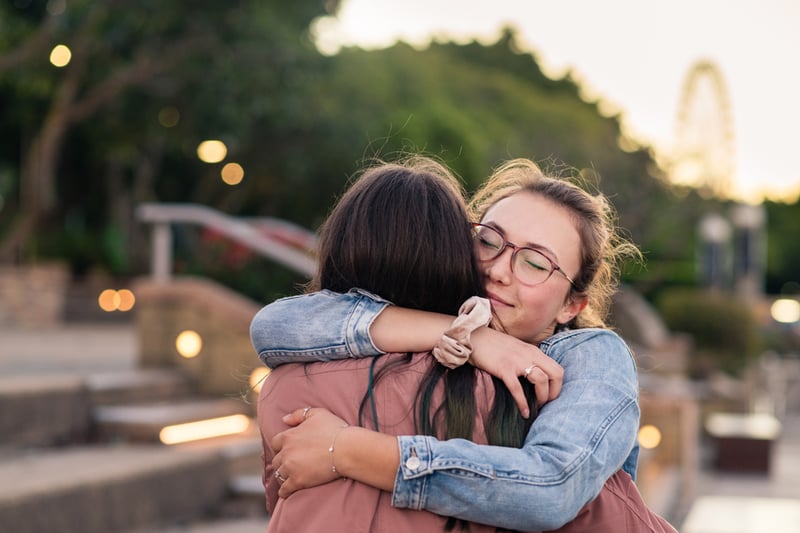 Amends also help to at least partially repair the damage that was done. For example, offer to repair or replace an item if you actually physically damaged it.

If you instead made a person at work feel less valued, see what you can do to show them that you actually do value them. For instance, give them an opportunity to showcase their skills at work.

3. Make sure your apology is for the right reasons

Sometimes, you may apologize in a situation where both you and the other person have hurt feelings. But make sure you don’t apologize just to get an apology in return.

Let’s take a look at an example. You accidentally shred important papers that your coworker left near the shredder.

You apologize for shredding the documents without double-checking what they were. But you also expect an apology because your colleague left the papers in the wrong place.

However, your colleague may still be too upset to apologize right away. Remember that you can only control your own actions and how you react to other people’s actions. But you cannot force someone to apologize.

Apologies are important. But like anything else, there’s a time and place for them.

Let’s say you notice that the other person is still very upset and needs time to process. This means you should wait before you apologize.

When emotions are still high, an apology can pour fuel on a fire.

With the paper shredding incident, your colleague may be in a panic upon discovery of their shredded documents. Apologizing right away while they are still panicking is probably not the right move. Wait until they’ve calmed down a bit first.

5. Only apologize for your part in the conflict

An apology helps you take responsibility for what you (or your team) did. But over-apologizing isn’t beneficial, either. The entire conflict may not be your fault.

If we go back to the paper shredding incident, it was your fault for not looking at what you decided to shred. But it wasn’t your fault that your colleague left those papers in the wrong place.

And when you admit fault for the entire conflict, several issues can happen.

First, you’ll be taking on unnecessary extra blame if you take accountability for the entire conflict. Second, you’ll make it more difficult for the other person to apologize for their part. 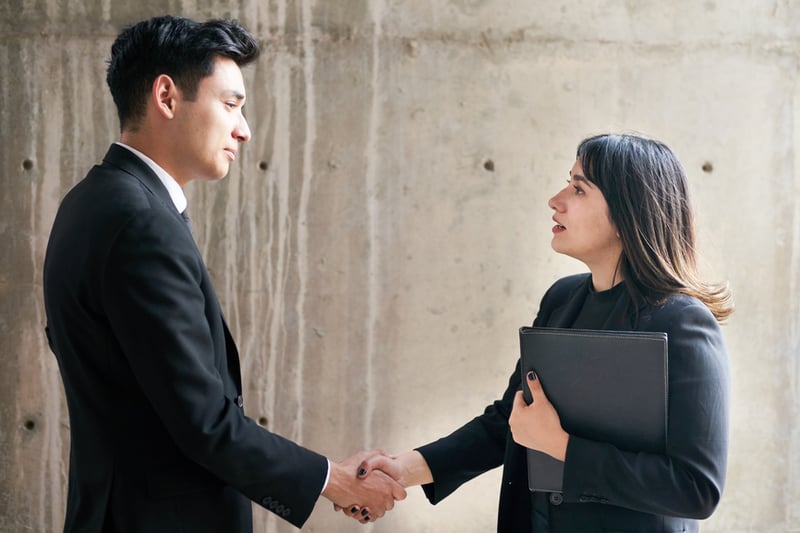 Women especially should be on the lookout for this behavior in themselves. According to research, women tend to apologize more than men.

How to apologize professionally in an email

But what if you’re making an apology over email?

Whether you’re speaking face-to-face or writing an apology, keep the same elements in mind.

Express regret and apologize for the right reasons. Wait for the right time. Work towards making amends for your part of the conflict.

These factors shouldn’t change because your apology is over email.

How many times should you apologize?

When you make a big mistake, it can be tempting to apologize repeatedly.

But when you make a good apology, you shouldn’t apologize more than once.

Several apologies can instead have the opposite effect. It puts a spotlight on your mistakes. But it also puts pressure on the wronged person.

Every time you make an apology, they need to listen again and respond. It places the burden on them to reassure you that there’s no need to make another apology.

How to apologize when you are not wrong

Whether you did something wrong is subjective.

From your point of view, you may believe you did nothing wrong. But if your actions have hurt someone, how they feel is valid too.

People can get hurt even if you didn’t intend for it to happen. People can also get hurt when you believe you did nothing wrong.

So, in some cases, it makes sense to apologize despite your beliefs.

You should choose to apologize despite not being wrong if you value the relationship with the other person over being right. Even if you think you are right, is winning an argument worth a fallout in a relationship?

If you don’t think it does, then it makes sense to apologize.

This can also apply in the workplace.

Being a great team leader means that you’re partly responsible when someone on your team makes a mistake. Even if you did everything right, the appropriate measure should be to apologize. 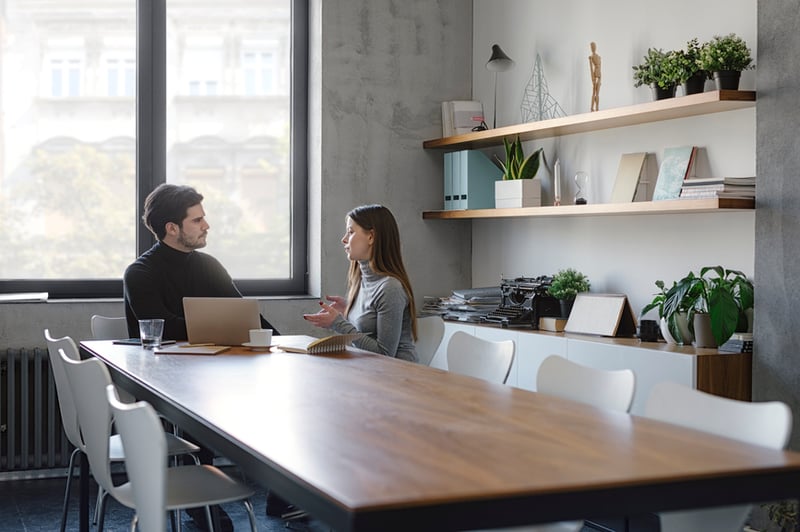 Start by acknowledging how the other person feels. Like any other apology, express regret over what happened.

If you’re apologizing on behalf of someone on your team, don’t make excuses for them. Keep the apology focused on you.

Here’s an example of what not to say:

“The person on my team should have used better judgment, and I’m sorry they didn’t.”

“I should have kept a closer eye on what was going on. I’m sorry I failed to do so.”

Should there be a follow-up to an apology?

Apologizing is one step of the equation. But it’s important to follow up on your apology by asking for forgiveness.

Keep in mind that you aren’t entitled to immediate forgiveness. Depending on the level of hurt, the other person may not be ready to forgive just yet.

And making someone forgive you can make them feel worse than they already do.

Once you’ve apologized the right way, made amends, and asked for forgiveness, the ball is no longer in your court. It’s now up to the other person to respond.

Don’t immediately get angry if they don’t respond how you wished they would. Consider how they’re feeling and remember that they may lash out because they are hurt.

Learn how to apologize sincerely

Learning how to make the best apologies comes with time. It takes self-development and growth to get better at apologizing.

BetterUp provides personalized and comprehensive coaching to help you reach your full potential and drive your personal growth.

Request a demo today to see how it can work for you.

Up your work motivation by finding the value behind the task

Learn what motivation is, how to find motivation, and how to motivate others. Read More
Leadership & Management
17 min read | May 5, 2022

How to delegate: Tips for delegating tasks at work

Learning how to delegate tasks is an important process at work. Discover the importance of delegation, how to delegate, and what delegation looks like. Read More
Leadership & Management
17 min read | November 30, 2021

Learning the art of making mistakes

A brief guide to the benefits of making and learning from your mistakes. Plus, take a look at inspirational quotes to help you bounce back when those mistakes happen. Read More
Well-being
13 min read | January 31, 2022

10 ways to overcome adversity and thrive during hard times

Everyone faces adversity, some more than others. Learn from this brief overview what adversity is, some examples, and strategies to help you overcome it. Read More
Leadership & Management
18 min read | January 25, 2022

Do you have an entrepreneurial spirit? 10 characteristics to lean into

Learn how to recognize and develop an entrepreneurial spirit within yourself. Read More
Leadership & Management
33 min read | January 26, 2022

The ultimate guide to building a digital transformation strategy

Improve your management skills with a better decision-making process

Learn what steps you can take to make an informed decision and how you can feel comfortable with future decisions. Read More