Karen is a senior leader at a fast-growing technology company. With the help of her BetterUp Coach, she is unlearning emotional suppression, discovering how letting her walls down can open new pathways for growth and even greater levels of success. 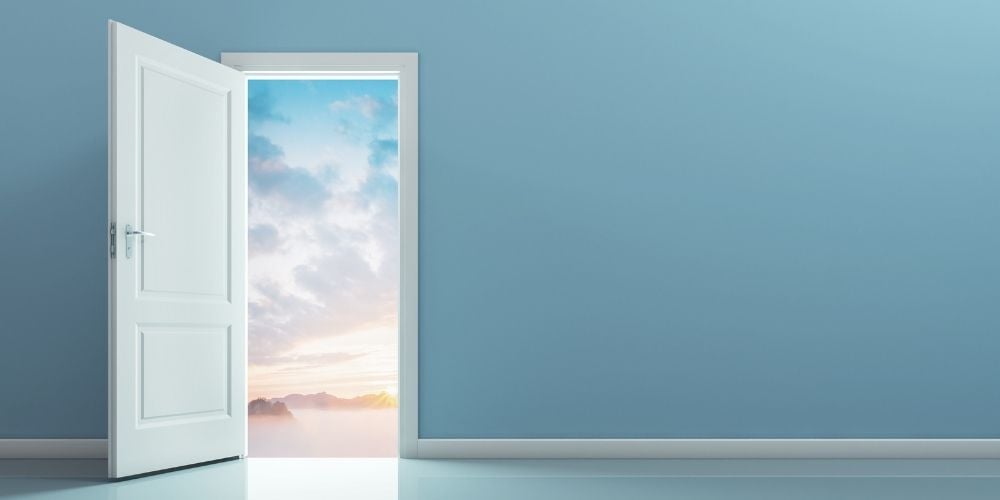 “Unflappable”, “calm under pressure”, “thick skinned”, “She rolls with the punches”, are ways that others have described me in the past. These descriptions were intended as compliments, and I was seen as a role model for regulating my emotions in high stakes situations.

But after 15+ years of living up to this reputation, I started to feel this internal tension building up, like a rubber band extended just beyond its usefulness, ready to snap. For years I thought I was mastering the practices of mindfulness that I often watched videos about. If someone took a disrespectful tone with me in a meeting, I could feel the heat rising in my neck but before my face could turn red, I knew how to put out the fire.

When asked how I could do this, I always said: “Just let it go and focus on what you can control, which is you and your own actions.” This sounds like good coaching, right? Yet something was off.

I started to feel mentally exhausted. Worrying excessively about failing at work even though others saw me as someone with high potential. I could be in a complete state of stress and worry on the way to work but walk through the front door at the office like I had it all together. I remember at one point feeling totally invisible because the person that people saw at work was a completely masked version of who I really was.

When I started working with my BetterUp Coach, he noticed the root of my behavior right away. I remember feeling puzzled by this circular conversation, where he kept reframing his questions as if I wasn’t getting it.

“No, I asked how do YOU feel about this?”

“What do YOU think?”

“How is this impacting YOU?”

I thought I was answering his questions but he would point out that I would circumvent any processing of my own emotions and jump straight into problem solving, focusing on how I was going to help others with the situation or help others address difficult emotions. I saw his point but honestly, I didn’t really see what the big deal was. After all, problem solving was one of my strengths.

Then one night on his recommendation, I watched Susan David’s Ted Talk on Emotional Agility. As I often do after we get the kids to bed, I watched the video in the kitchen while preparing for the next day. I remember that night I stopped what I was doing and sobbed at my kitchen table, alone, listening to Susan describe me perfectly as she explained “emotional suppression” and how avoiding the feeling of unwanted emotions was like living with “dead people’s goals”.

I started reflecting on how this was impacting my life. I remembered key moments where I buried my emotions so deeply because they were some of the most difficult ones that a human can face.  When my father passed away over ten years ago, I remember ignoring my sadness and grief while springing into action to plan the funeral like an expert event planner. While under an incredible amount of stress in my life, that I had, of course, completely suppressed, my second child was born dangerously premature at 27 weeks gestation.

My family was on pins and needles, fearing the worst and riding a roller coaster of hope for over three months. I remember my mom expressing her concern for my emotional state, “I haven’t seen you cry once but I know you must be hurting inside”. I remember staying quiet in that moment and didn’t reply so she wouldn’t hear my voice falter.

More recently, when someone in my life opened up about reaching a suicidal state of depression and asked for my support in their recovery program, the only thing I could think of to say was, “Ok...yes, of course. What’s our plan?”.  It was a joint phone call with his psychiatrist and I’m pretty sure based on the long pause that they were both stunned at my emotionless reaction. He jokes with me now that I sounded like I was on a work conference call, business as usual.

This is not to say that finding ways to move forward and take action are bad things. It’s still a strength of mine. But my mastery of emotional suppression was making me less human.

I realized that I, along with everyone around me, had mistakenly viewed my “unflappableness” as EQ or a signal of mental strength. I was being celebrated and rewarded for building up this armor that was slowly destroying me as a person. I decided that I didn’t want to have “dead people’s goals” anymore.

Since then, I have been on a journey with my BetterUp Coach to develop emotional agility by learning to read my emotions like data. It was excruciatingly uncomfortable at first but it’s gotten easier. The breakthrough moment was the day my coach challenged me with compassion to admit to being jealous of a colleague. It felt ugly and shameful to admit it but once I did, the conversation flipped very quickly to identifying the type of achievement I really wanted. This helped me shift to seeing success as abundant vs. scarce and this gave me the courage to pursue my goals. In the last 18 months, I have taken on several big roles in the company and got an unexpected promotion along the way. In my personal life, I’m able to have more open communications with my family, and it feels great to role model vulnerability for my two kids.

I never would have started this journey without a coach in my corner to help me, first, see the need for change, then keep me accountable to my commitments, connected to my goals, and tapping into my own potential to grow. Changing such deeply rooted ways of thinking is still incredibly hard but I every time I try, I emerge with a better approach, better ideas and yes, even a better action plan.

What is a fixed mindset, and how does a growth mindset compare? Here’s everything you should know about the differences between a fixed and growth mindset. Read More
Well-being
18 min read | June 1, 2022

Learning how to connect with people can help you create more meaning in your career and personal life. Here’s how to strengthen your ability to connect. Read More
Leadership & Management
8 min read | April 28, 2021

Dallas Mavericks CEO Cynt Marshall is a big believer in people-first leadership, but as she explained to me recently, before she could help her team bring all of themselves... Read More
Professional Development
7 min read | November 10, 2022

People are at the center of every organizational transformation. Learn how European leaders are rethinking their people engagement initiatives to embrace the future. Read More
Well-being
22 min read | March 11, 2022

Learning and changing is uncomfortable. This is your year for expansion. Here are 6 ways for you to get out of your comfort zone and embrace growth. Read More
Well-being
15 min read | February 1, 2023

Everything you need to know about part-time employee benefits

Learn about the part-time employee benefits that might be available to you. Here’s a guide to help you analyze your benefits package if you work part-time. Read More
Well-being
7 min read | November 13, 2020

Our routines were dramatically altered this year. And as the weeks have become months, we've grown weary, even frustrated, holding on to what was and resisting change even as... Read More
Research & Insights
8 min read | June 9, 2022

Love them or hate them, meetings promote social learning and growth

What is corporate learning (it’s not what you think it is), and why is it important?

Already wondering how early you can check out and still get credit for attending during corporate learning? Learn how to define untapped potential and create an environment... Read More