Catherine is an executive leader at a large financial institution. She’s a role model for courage, openly sharing her battles with depression to help destigmatize mental health and how hard she works to maintain her wellbeing. In a difficult divorce, Catherine finds herself falling back into old habits and leans on her BetterUp coach to find a better way forward. 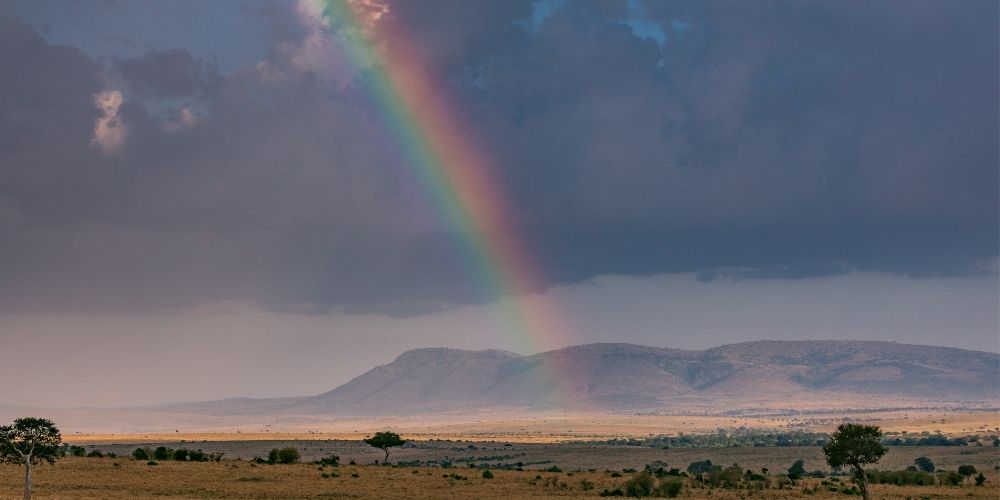 I was making the bed when my husband’s phone buzzed on the nightstand. I grabbed the phone to let him know who was trying to reach him. Green text messages flashed in succession. They were harmless: ‘hi,’ ‘how are you,’ along with a few nature emojis—but they were coming from a name that I hadn’t heard in a long time, a name I quickly processed as my husband’s ex-girlfriend. I crumpled onto the unmade bed. My heart fumed. It took great restraint not to immediately confront him as I resolved to learn more and use the information against him.

When he stepped away to mow the lawn or go to the grocery store, I found myself doing things that were completely out of character, searching for evidence that would expose his deceit. I knew that scouring his private communications was a breach of trust, but I felt betrayed and out of control.

But mostly I was ashamed because I knew he was not having an affair. I knew this because several months prior to the phone incident, I told him our marriage was over.

This had been a long time coming; we had seen four couples therapists over our 10 year relationship. Nevertheless it still came as a shock—he always thought we would work it out. Personally, I was in the thick of so many negative emotions—despair, anger, sadness, failure—that I will forever remember 2019 as a nadir in my well-being. It’s not easy to end a nine-year marriage, especially when there’s a child involved.

I can understand now—one year later with our divorce final—how my husband turned to a former flame for comfort. But at the time, I felt supremely betrayed. Not only by him, but by my own support network. Some of my best friends were unable to sympathize with my distress, not having gone through separation or divorce themselves, and my own sister lashed out, saying I had lacked commitment. I tried to impress upon everyone—my guilty self included—that in spite of its ultimate dissolution, my marriage resulted in the precious gift of a healthy, loving child. In the throes of separation, I already felt severe culpability for having initiated the divorce. We had done a lot of hard work to try and salvage our marriage, but it simply wasn’t working.

While we rarely fought in front of our son, we did get into a loud fight during a car ride to a holiday party last year. It embarrasses me to say that two adults could not help yelling in front of their 5-year-old. Above the fray, Franco hollered from the back of the car, “MEDITATE! Mommy and Daddy, let’s meditate. Breathe. Let’s breathe together.” My anger melted into sorrow and shame. What wisdom coming from a child, neutralizing the situation and advising his own parents.

Another distinct memory was driving to my parents’ home to tell them about the divorce. Heart racing, I kept thinking, “This is what it must feel like to walk toward the guillotine.” I was so humiliated to tell my parents—who had watched our courtship, witnessed our church vows, and practically raised our son—that our union was over. I sat down at their dining table and broke down, and they offered only the most loving support. I will forever be grateful to my parents for wrapping me in their love when I needed it. But I was still afraid to share the news of my divorce with anyone else.

During this time, I leaned heavily on the support of my BetterUp coach. In my 40+ years, it’s been the most effective way to manage my depression and my weekly sessions have kept me on a growth journey that has impacted so many parts of my professional and personal life. In the midst of my divorce, I shared with my coach the difficult conversations I had already had with a few friends. In fact, I was unable to suppress feelings of disappointment from my close relationships and severe isolation resulting from my separation. She encouraged me to expand my social network to people who were divorced, versus relying on friends who were unable to understand what I was going through. She had me look at my calendar and schedule connections during the times I didn’t have Franco. This proved valuable because I had not been getting the support and understanding that I needed.

Most importantly, I credit my coach with our collaborative divorce. She asked me what my vision was for my family, reminding me that both parties have to feel good about the process. Then she asked me what I thought the steps were to get to that vision. I shared with my husband that Franco’s well-being was the most important priority, and he agreed. There was and still is pain as we transform our family, but focusing on our son resulted in mediation and the finalization of our divorce in a comparatively short timeframe.

After working with my BetterUp coach for a year, I was encouraged to try a new coach–a common practice to gain new perspectives. I feared no one could live up to the high expectations I had, based on the experience with my previous coach, who had already helped me become a better version of myself. But my new coach did something my other coach had not. She made me laugh. I’m someone who prefers drama to comedy, but her use of humor not only resonated with me, it lifted my demeanor during a time when my divorce had only brought me down. When she introduced herself, she called the sessions our own Las Vegas, where I could feel free to speak my truth in a safe, confidential place. She also often made references to movies—most of which I hadn’t watched—but her ability to share stories helped me draw parallels, which made me feel less alone.

Like my previous coach, she was smart, intuitive and insightful.

“Catherine, is this an area you might want to work on,” she asked during one of our sessions. “The anger you’ve been holding onto.”

I shook my head. “Oh no. I’m good there. I used to be really angry, but I worked on that with my last coach and it’s funny but I don’t really get angry anymore.” I tried to speak definitively, figuring we could move onto other topics like manifesting a beautiful new home for me and my son.

But she stayed with the topic. “You may have worked on your anger toward others, but do you think you might need to work on anger toward yourself?” In that moment I realized she’d uncovered the mask I’ve been holding onto, the mask that I donned when I shared my dreams for the 2020 new year: all the places I would travel and the people I would celebrate my 45th birthday with. She’d unveiled the hurt and vulnerability from my divorce that I tried desperately to pretend wasn’t there because it was easier for me to place blame than to understand my own pain.

I didn’t know how to respond. I was stunned. Stunned at how quickly she understood me given the limited time we’d had together.

She pressed on, delivering what should be said, what I needed to hear. “Do you think you can give that gift to yourself? The gift of self-compassion.”

I paused and murmured curiously, skeptically. “I think I can try.” I was still processing as I let that soak in.

I’ve worked with my current coach for over a year and in that time, I’ve stopped trying to hold it together for my sake and my family’s sake. When people ask how’s it going, I tell them the truth instead of ‘I’m fine.’ Recently, I told a colleague how I’ve been coping with a sustained headache, which I suspect was due to the California wildfires and poor air quality. He told me his wife has been suffering from headaches as well. I like to believe that sharing my pain allows me to connect better with others, even in small ways, and also allows them to feel free to open up and share—as it did with my coworker.

I try to be more honest—not just for others, but for myself. The divorce was a traumatic event and I realize I can hold space for my feelings instead of punting them, because when I stop running from the pain, and sit with it, then I can heal and build resilience.

I know I have the tools and the wherewithal to design my best life, but when confronting one of life’s hardest challenges, I needed someone to gently guide me forward. I was so focused on the failure of my marriage that I failed to realize that I’d actually freed myself.

My coach tells me that with change comes opportunity and divorce can be the catalyst for what I want in life. This time, without hesitation, I agree.

How to stay socially connected: Your life depends on it

Learn how to stay socially connected and why your life depends on it. Social connection is our lifeline for resilience, belonging, and inclusion at work. Read More
Well-being
14 min read | January 26, 2021

Spiritual wellness helps you live a meaningful life connected to your core values, beliefs, and morals. Learn how you can improve your spiritual wellness. Read More
Well-being
16 min read | January 27, 2021

Self-management is one of those “must have” skills for today. Maybe you’ve heard it thrown around as something everyone should work on. So the good news is, you can develop... Read More
Well-being
7 min read | February 1, 2021

Karen is a senior leader at a fast-growing technology company. With the help of her BetterUp Coach, she is unlearning emotional suppression and discovering how letting her... Read More
Well-being
11 min read | January 28, 2021

Physical well-being and health: What it is and how to achieve it

Physical well-being is connected to everything from our emotions to our careers and finances. Learn what it is, why it's important, and how to improve it. Read More
Well-being
17 min read | February 2, 2022

The secret to finding your passion isn't looking, it's doing

Learn how to find your passion in life. Discovering your passion and developing it can lead to a life of fulfillment. Get started on your journey. Read More
Well-being
18 min read | January 7, 2022

If you know how to say no, you can create healthy boundaries at work and at home. Find out why it can be difficult to say no and why we should do it more often. Read More
Well-being
23 min read | January 5, 2022

Understanding the mental health journey — and how to read the map

Find out why understanding your own mental health journey can help you live a happier life — and learn four ways to get started on your journey. Read More
Well-being
17 min read | October 24, 2022

Cognitive dissonance happens when our actions misalign with our personal values, leading to stress and discomfort. Learn its causes and how to reduce it. Read More