What does “dominant culture” mean in the workplace? 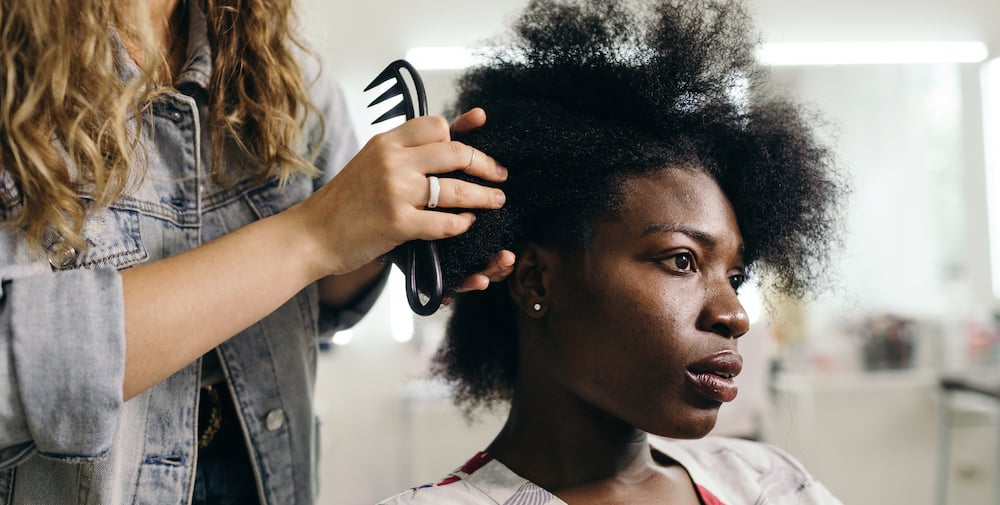 What is “dominant culture?”

Why is it an important concept to consider in today’s workplace?

What do subculture and counterculture mean in the workplace?

What can you do to promote a non-biased work environment?

What is “dominant culture?”

A dominant culture is one that has established its own norms, values, and preferences as the standard for an entire group of people. Preferences and norms are imposed regardless of whether they contradict what is usual for other members of the group. The group tends to accept and adopt these behaviors and practices, even if they aren't shared.

To some extent, this only occurs when the dominant culture's norms are perceived to be preferable or relevant to a majority of the population. However, the criteria and reasons for this differ. The dominant culture's norms may be accepted because they're convenient or prevalent. They might have religious or cultural value. But they might also be accepted because violating them would incur a social threat.

A culture may gain traction by being promoted as beneficial to the group — think of the centuries of missionary work and evangelism. Often, however, this promotion is also accompanied by the suppression of other cultures.

A concept like this is difficult to understand in the abstract.  In practice, we can find examples everywhere.

For example, in the US we swear on a Bible in court, despite the fact that the United States has laws governing the separation of church and state. Why? Because the dominant culture in the United States is Judeo-Christian. That makes swearing on the Bible a culturally significant act, even though it doesn’t hold the same spiritual meaning for everyone. We have, as a society, accepted swearing on the Bible as a universal symbol — and promise — of honesty.

While culture can have an ethnic and racial connotation, the concept of culture has also become more important to the workplace. Workplace culture doesn’t necessarily have a ethnic or racial component.

Deliberate or not, when an organization promotes a particular type of culture, it becomes pervasive. It may appear to be race or gender-based, but typically runs deeper to values, work style, or preferences.

For example, a startup may have a fast-paced, growth-at-all-costs culture. In fact, many do. This culture is embodied by its first few employees who bring in others who share their preferences and approach. This has given startups a reputation for being demanding places to work. Someone seeking work-life balance may assume that it's easier to look for a new job than to challenge the prevalent culture. Because that culture represents company leadership, culture and power are intertwined.

Why is it an important concept to consider in today’s workplace?

Culture — whether ethnic, personal, professional, or organizational — is critical to understanding modern-day workplaces. We have to have conversations about it. Jobs provide much more than a place to receive a paycheck. We spend most of our day engaged in our work. And our work over time builds our careers. As such, workplace culture is highly relevant to how successful our careers — and lives — will be.

Workplace culture can be distinct from prejudice. But it can be hard to distinguish the difference. In the US, the dominant culture could be described as Anglo, Western, affluent, capitalist, success-oriented, and male. These ideals drive what we think of as achievement and being a professional. Standards of appearance, language, and even goals are often explicitly linked to these ideals.

The more successfully you integrate into the dominant culture, the more you are perceived to be successful and desirable.

Scholars Tema Okun and Keith Jones argue that these standards  come from the “systematic, institutionalized centering of whiteness.” This isn’t white supremacy in the traditional sense. Yet, the bias toward white and Westernized culture can leave members of other groups open to prejudice, ostracism, and violence. Not conforming to the culture isn’t just neutral but negative.

In a discussion of their research featured in the Stanford Social Innovation Review, Aysa Gray categorizes the ways white-centered professionalism is reinforced.

As people become more comfortable discussing systemic racism, we can examine previous standards to look for bias. This bias, to a lesser degree, also works against any non-conforming members of a group, regardless of race. Many people don't meet the standards of traditional white professionalism. Such arbitrary cultural standards undermine organizations' efforts to cultivate vital, inclusive workplaces. Without care, they create an environment where a diverse, high-performing workforce cannot thrive.

What do subculture and counterculture mean in the workplace?

“Subculture'' and “counterculture” may evoke edgy haircuts, studded leather, and warehouse concerts. In reality, the terms refer to any groups outside of the dominant culture.

A subculture is a dynamic, generally informal group that forms outside of the main culture. Subcultures form around shared characteristics: tenure, department, social background, or even sports affiliations. Subcultures maintain many characteristics of the dominant culture while maintaining a distinct identity. Examples include a college LGBTQIA alliance or a tight-knit marketing department.

Despite existing outside of the main culture, subcultures don’t pose a threat to the dominant culture. In fact, subcultures can promote a greater sense of connection. This translates into a feeling of inclusion and belonging within the larger organization.  It can be reassuring for individuals to see others maintain a sense of identity while thriving within the organization. Healthy subcultures benefit everyone. They create cohesion and reinforce the presence and assimilation of company values on an individual level.

Subcultures, however, can morph into countercultures. This typically happens when the subculture is at odds with the dominant culture of the organization. The organization seeks to establish and enforce a particular culture by demanding assimilation. A more damaging counterculture is likely to emerge.

What can you do to promote a non-biased work environment?

Identifying the dominant culture can be difficult. Spotting what aspects of it might be most biased and most damaging to your organization — and a priority to address —  is even harder. After all, it’s prevalent by definition. Often the dominant culture is so prevalent, it’s like air. The longer you are in it, the less aware you are of its existence (or of alternatives). In addition, because things may have been the same way for some time, people may be hesitant to speak up or may mistrust your motives.

If you’re someone who identifies closely with the dominant culture, it is even harder to see what might need to change. Consider reaching out to people within your organization and asking for their input.

In some cases, it might be useful to start with a known pain point: an initiative that never got off the ground or a product that has failed. Use a pain point as an opportunity to consider the potential blindspots and missed opportunities to approach it in a different way. The intention isn’t to blame but to bring awareness to the possibility of other perspectives and approaches.

You could also organize small group meetings throughout your company. Get people talking to each other, and have one person report the key findings of the group. Taking the leadership one step out of the conversation can help build trust and provide a degree of anonymity to participants.

Here are some things to look out for and question in your company culture:

The antidote to an environment oppressed by the dominant culture is one that allows its subcultures to thrive. Loosening the dominance of one culture doesn’t mean rejecting it or getting rid of it. Making space for subcultures to thrive is like letting more air and sunlight in. It creates a healthier environment for everyone, including those most aligned to the dominant culture.  Allowing individuals to feel represented builds an inclusive environment and a thriving organization.

What is company culture and how do you develop it?

A good company culture can unify and strengthen an organization. Use this guide to define what company culture is and how to develop it. Read More
Culture
7 min read | August 4, 2022

The numbers don’t lie — coaching culture is a competitive and cultural edge for companies. Organizational agility and individual up-skilling depend on it. Read More
Employee Experience
21 min read | November 23, 2022

Is company culture your competitive advantage or hidden inertia?

How to create a culture of accountability in the workplace

A culture of accountability in the workplace can boost employee engagement and team morale. Learn how to foster accountability at your organization. Read More
Culture
18 min read | October 31, 2022

11 types of organizational culture — and choosing the best one

Each type of organizational culture has benefits and drawbacks. Use this guide to decide which is best for your team. Read More
Research & Insights
9 min read | November 3, 2022

Do more than survive — thrive in turbulent seasons

A coaching culture is key to building resilient employees. Here are 3 reasons why your organization can't miss out on the benefits of a coaching culture. Read More
Professional Development
18 min read | February 2, 2022

Why today's high-performance culture isn't what you think it is

What does cultural change mean for teams and organizations? Learn what is required to achieve that type of change and how to get from here to there. Read More
Culture
11 min read | January 6, 2022

The new hybrid culture you need and how to build it

Your hybrid work culture is developing now. Learn challenges of hybrid work models and how leaders can be deliberate about the hybrid culture they build. Read More