The workforce is changing. Companies and workers are taking advantage of technology and new workforce models to meet their needs.

More people than ever are working flexibly or performing “side hustles” as part of a non-traditional workforce. Many people, often younger workers, prefer more flexible forms of employment over the traditional job model.

Traditionally, companies hire employees as part of an in-house workforce. They pay them either an annual salary or an hourly wage. Being offered a job this way comes with some understanding that both the job and the worker will be around for the long term.

This kind of employment typically comes with the option for employee benefits such as healthcare, paid time off, and the option to participate in retirement benefits such as a 401K. In addition, a company might have other incentives including an annual bonus, vested stock options, or professional development programs to encourage talent to stay with the company.

A contingent workforce is completely different.

Contingent workers aren’t considered employees of an organization. They’re hired on as temporary workers through an agency. The agency handles the billing of the company and the payment of the worker. For temp agencies, the agency is the employer of record and handles all of the details such as validating work status, payroll deductions for taxes, and other government filings.

More recently, freelance platforms have sprung up that play a similar role matching workforce skills to company needs except they do not employ the worker, either. Platforms avoid most of the costs and overhead of employment as well.

Still, other workers have their own contracts with the company. Contract workers may be freelancers who work for multiple other clients at overlapping times. They bill the company for their services and are paid directly by the company, however, they are not on the payroll and the company doesn't withold taxes. They are sometimes considered seasonal workers or seasonal employment. Contingent workers can be consultants, contractors, freelancers, part-time workers, or anyone with alternative work arrangements.

Generally, the job security of a contingent worker is less secure. Whether the company will keep you on is determined by job performance and whether you’re still needed. In some positions, your contract may be on a week-to-week basis.

This means that a contingent employee may be less committed to the company. They show up (or do the entire project virtually, possibly independently) and do the work to get paid. They’re often moving on to another job. But this is not always the case. Some "contingent" workers have long-term contracts or a series of shorter contracts that span years. They may be just as dedicated to the companies they work for, regardless of the amount of time they are employed.

In addition, those in alternative work arrangements know that their reputation matters if they want to get future projects. Many are dedicated to delivering high-quality work and performing well.

Today, most organizations have a mix of contingent and non-contingent workers.

Companies need to do everything in their power to remain competitive.

Today, estimates of workers in alternative employment arrangements vary widely. It is reported that as many as 40% of workers now have some form of contingent job (possibly in addition to a traditional job). The US Bureau of Labor Statistics puts the number much lower, around 12 % of the workforce. Some of the discrepancy has to do with terminology. People with flexible or part-time arrangements may still be employed in a traditional way by their employer. In addition, people who are in these arrangements may not report accurately to avoid self-employment or other taxes.

Even if you aren’t making use of contingent talent, chances are your competitors are.

That means they’re only paying for labor on an as-needed basis. They’re also likely saving costs on things like health insurance and other employee-related expenses such as matching 401K.

The rise in a contingent workforce is due to a growing need for people with in-demand digital skills. Many companies struggle to find people with these skills. They may need to turn to contingent workers who aren’t within their city or possibly even the same country. Talent with in-demand skills has the power to set their own terms. That often means flexibility and freedom to pursue interesting or lucrative work.

Nowadays, many younger workers actually prefer to be part of a contingent labor force. It offers benefits like flexibility, chunks of time to pursue other interests, and the ability to work from anywhere. It also lets some pursue a mix of growth and development opportunities they want to build skills and expertise that they might not get in a traditional role.

It can be a win-win situation for both companies and their contingent workers.

Companies are now seeing the need to replace an aging workforce although many Boomers might also want to stay partially employed. Middle-aged workers in many cases may have caregiving responsibilities that may make flexibility more attractive. Companies will also have to meet the different work expectations of millennials and the next generation as well. 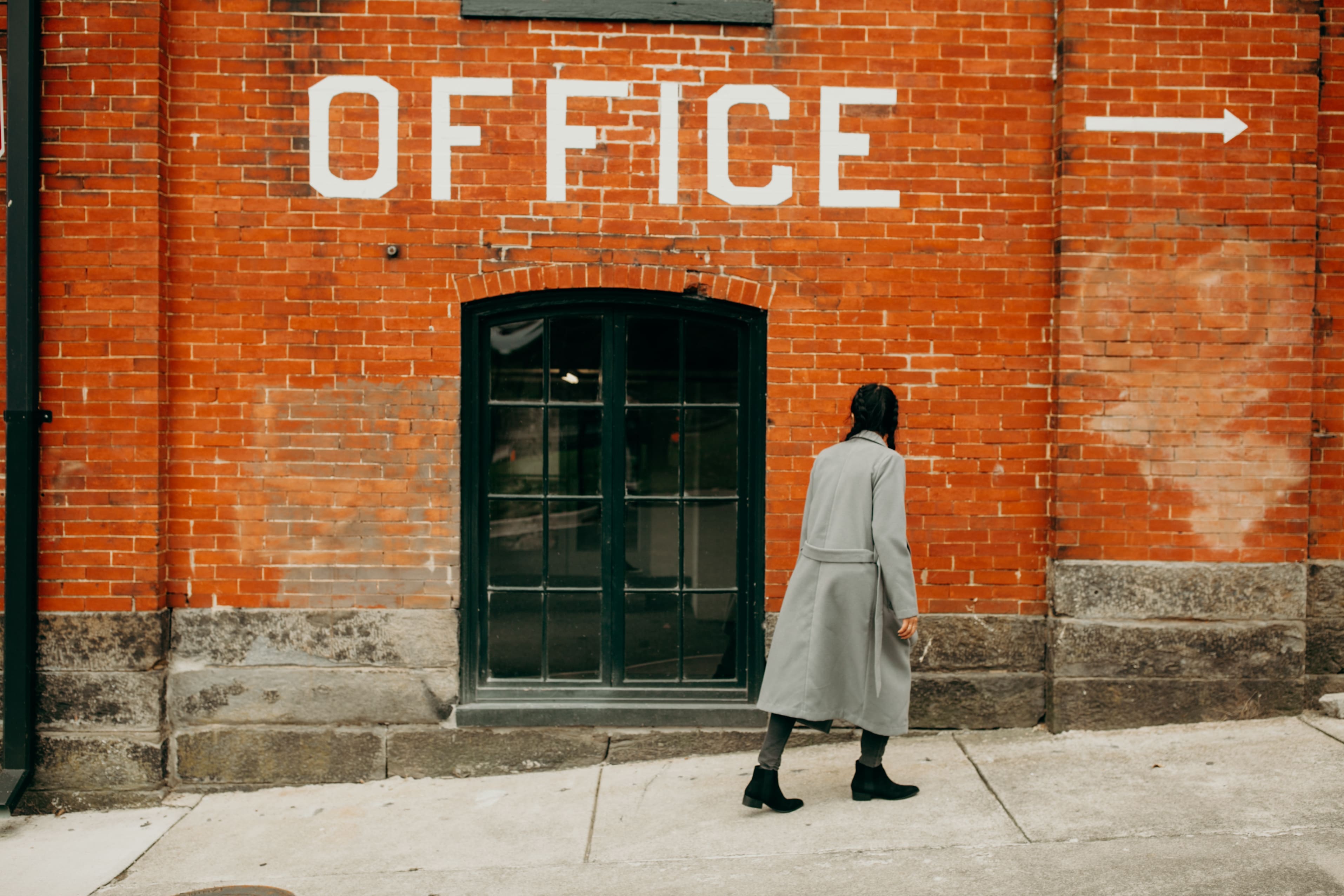 There is no hard and fast rule when deciding whether or not to hire contingent workers. Companies might have an overall policy, but the ultimate decision comes down to case-by-case analysis. Before deciding to use alternative workforce arrangements, be sure to weigh the pros and cons. That way, you can determine if it really makes sense for your situation.

Cons of hiring a contingent workforce

One stigma that is often associated with the contingent workforce is that it is made up of unskilled workers. This is a false assumption. 38.9% of independent contractors now have a bachelor’s degree or higher. And as mentioned above, often include professionals with highly in-demand skills such as design and engineering.

Luckily, there has recently been a shift in how contingent work is portrayed. In the past, many people wouldn’t have even considered the possibility of taking on contingent work. The ideal job was a stable career in a company — a permanent position with a salary. But with the rise of the gig economy, many are taking advantage of the flexibility that contract work often offers.

Companies and workers alike appreciate the flexibility that comes from contingent labor. Many younger workers, in particular, are part of the gig economy. They may do extra work for a few hours per week that is separate from their main career.

Not all Millennials and Gen Zers have traditional views when it comes to employment. And the overall workforce appears to be shifting to accommodate this. With millennials set to make up 75% of the workforce by 2025, companies will need to adjust accordingly.

A contingent workforce program requires a specific style of management. It'd be a mistake to lump contingent workers in with regular permanent employees and manage them all the same way.

Effectively managing contingent workers calls for its own approach.

For one thing, many contract workers are freelancers or consultants. They see themselves as entrepreneurs and contractors. So in most cases, it'd be a mistake to talk to them like employees.

Effective management is key to getting the most out of a contingent workforce.

Contingent workers are best for projects of definite scope and duration.

Here are some examples of when you could use a contingent workforce: 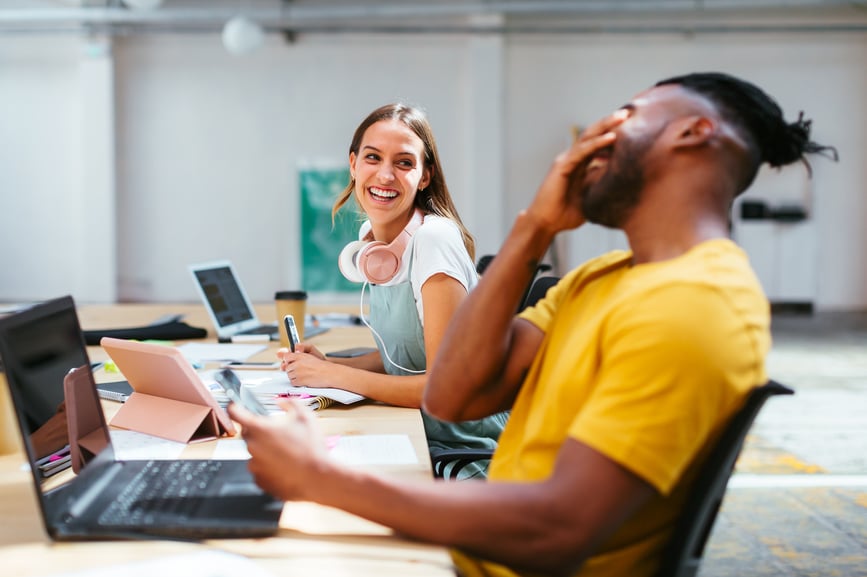 There are a few ways to go about finding contingent workers for your company.

If you’ve got the time and an established HR department, you can manage recruitment, onboarding, and payroll for your contingent staff yourself.

When you are hiring contingent workers, make sure that everyone knows upfront that it’s a temporary arrangement. You can always make it permanent later if the worker is a good fit.

But don’t make any promises upfront that you can’t keep. It’s not fair to your contingent worker, and any resentment they feel is likely to be reflected in the quality of their work.

Another option is to outsource your contingent staff hiring and HR needs to an external party. These go by many names, including an employment agency, staffing agency, or employer of record.

Outsourcing your contingent workforce management means there’s less to worry about in terms of compliance. Your employment agency is an expert in this area and manages everything for you.

A contingent workforce is something that a growing number of companies will need to embrace going forward.

A contingent workforce has its own pros and cons. It also requires its own type of management. This will be even more true as we see new forms of contingent employment emerge. Companies will need to be thoughtful about how to manage the various types of flexible employment arrangements in ways that still support innovation, inclusion, and belonging. No matter what your badge says.

Figuring out how to use and develop different types of contingent workers is key to staying competitive.

BetterUp can help you develop a better workforce, request a free demo today.

How to use workforce development to close the skills gap

The future of work: How the pandemic changed the picture

The future of work was changing long before the pandemic. Learn what to expect from the evolution of the workforce and how to prepare for the new normal. Read More
Productivity
17 min read | February 16, 2022

Contingency planning: 4 steps to prepare for the unexpected

Try these 29 positive customer service review example phrases. With the power of feedback, you can unlock your workforce's full potential. Read More