Outsmarting the Innovator's Bias: Where future-mindedness and innovation meet 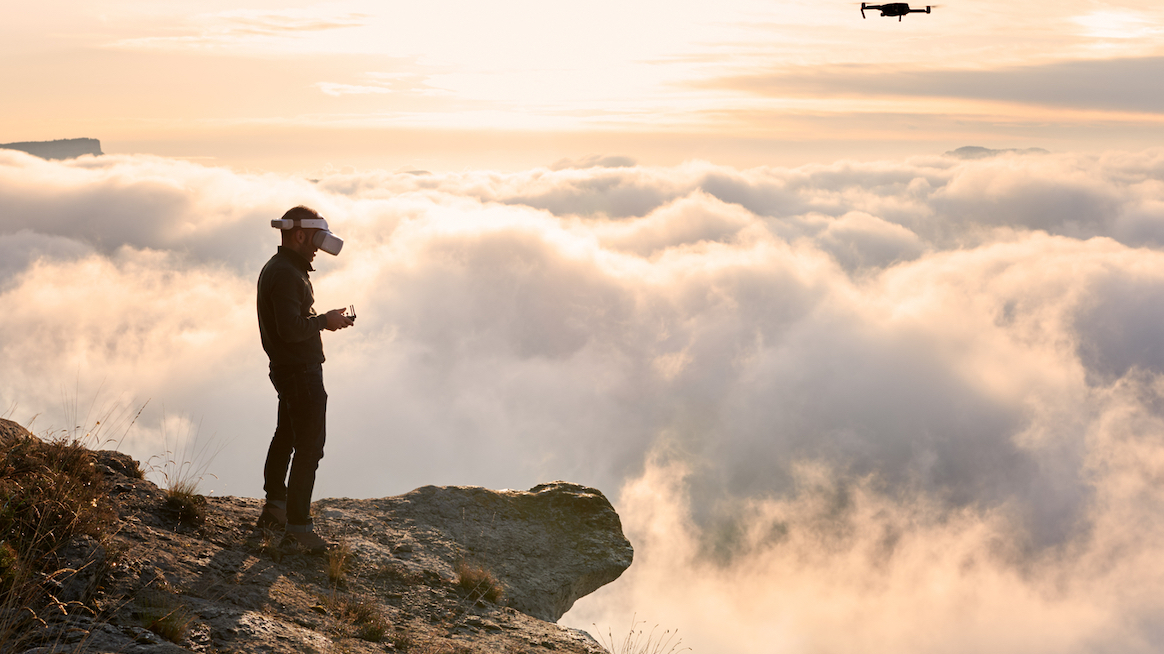 The "Innovator's Bias" gets in the way of assessing the future

The research experiment: Induce the innovator’s bias, then cure it

A simple exercise to out-smart bias

In changing and uncertain times, we innovate our future every day.

Companies, countries, and individuals face challenges. Developing solutions that help — that meaningfully address challenges, that have a durable positive impact — these solutions demand a different mindset. Crafting the future means letting go of the status quo, orienting toward opportunity, seeking perspectives, trusting each other, and experimenting in order to imagine new possibilities in how we live and work.

Organizations need their employees and leaders alike to be engaged in innovation every day:

Despite how often we hear the word “innovation,” unless we’re part of a lab or design team, it can feel far-removed from our day-to-day lives. In reality, whenever we move from thinking about an issue to envisioning and planning for a better future outcome — even if that future is tomorrow or next week — we step into the role of innovator. This type of action-oriented prospection — imaginative and pragmatic — helps us take a more active role than letting fate, circumstance, or impulse guide our actions.

With so much need for innovation, it’s worth considering how innovation goes wrong. How smart people unleash products and ideas on the world that don’t make it better, that target the wrong problem, are too narrowly-focused, or are rife with unanticipated and unintended consequences that continue to ripple through society.

Because if we’re innovating — big and small, in our organizations and our lives — we want to get it right. Or at least not so wrong. Can we innovate better?

What we’ve found, through the work of BetterUp Labs, is an interesting intersection between future-mindedness and the need to innovate.

The "Innovator's Bias" gets in the way of assessing the future

Here’s the problem. As soon as we have a self-interest in an idea, invention, or plan, our ability to be realistic about their limitations and liabilities disintegrates. We’re left with unmitigated optimism about the upside, the absolute goodness of our invention. We call this the "Innovator's Bias."

In our article on future-mindedness for the organization, we explored the fear and paralysis that uncertainty brings on for many people. The future-minded mindset — a balance of pragmatic thought and optimistic action — helps move us toward opportunity rather than threat and improves our ability to act effectively with a clearer picture of what we can, and cannot, control.

The Innovator’s Bias is in some ways the flip side. Blind optimism instead of dread.

With the Innovator’s Bias, we over-orient on the upside for ideas or inventions that we feel invested in bringing into the world. Instead of taking a clear-eyed look at the pros and cons, we see only the best case consequences and outcomes for an idea or invention. Oysters from a food truck in July — what could go wrong? 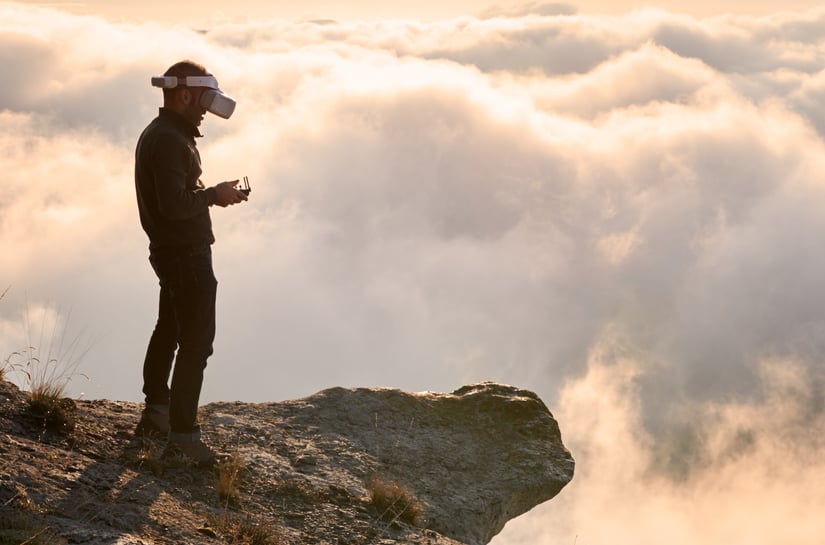 What does it take to feel invested? Not much. For leaders, it’s helpful to understand that we aren’t nearly as objective as we like to think. The research shows that merely through being asked to consult on a project, reviewing its marketing strategy, helping name it, we get involved enough that we become biased in favor of the idea, plan, or invention — so if your company has innovation review panels or advisory boards, they’re susceptible to Innovator’s Bias.

The Innovator’s Bias can have real consequences for strategic planning and the success of innovation for the organization.

Left unchecked, the Innovator’s Bias prevents us from forecasting future consequences in a way that helps us adapt. It can lead to less beneficial innovations and interferes with the quality of our strategic planning.

Guided by blind optimism, we may plow through obstacles for a while, but in a world of faster and more dramatic bumps, those rose-goggled innovators may be ill-prepared — mentally, emotionally, and practically — to absorb the shocks of the unexpected. They will be less ready to recognize change and adjust and pivot effectively.

Yet, we need that unbridled enthusiasm don’t we? How else will boundaries be pushed if we drag realism into the story? I’ve listened to countless interviews with entrepreneurs in which they’ve all said some version of, “I didn’t really have to overcome fear — I didn’t spend much time thinking about failing, not permanently or in a big way.”

The fear and catastrophizing that many of us take for granted isn’t part of their experience — do we really want to risk introducing doubt where we need innovation?

Building on the psychological research on the concept of prospection, BetterUp Labs set out to explore the idea of how we approach the need for innovation to build a better future when the future, and present, feel so uncertain. The question they sought to answer: Can we mitigate the Innovator’s Bias without putting a damper on the enthusiasm needed to bring innovation to life? Can we outsmart the innovator’s bias?

Here’s what BetterUp Labs found — and it’s good news. While the Innovator’s Bias is real, a relatively simple intervention seems to help offset it. And this strategy works without crushing enthusiasm for the idea or for innovation in general. In addition, the research finds that leaders who are high in future-mindedness lead more innovative teams — 18% higher in innovation, 25% higher in agility, and 18% higher in performance.

Practicing future-mindedness with an eye toward the Innovator’s Bias not only helps leaders and their teams let go of the seeming safety and certainty of old ideas and the status quo, it helps them hold their new ideas loosely, aware of the existence of failings and pitfalls even if currently hidden and undefined.

Future-minded leaders model these behaviors, creating an environment where their teams can, too.

The research experiment: Induce the innovator’s bias, then cure it

In an experimental research study, BetterUp Labs put participants into an “owner’s mindset” then asked them to rate the beneficial impact of an innovative product.

Over several iterations, the "owners" consistently rated their product — the one they had been consulted on —  as being overwhelmingly beneficial for society. In contrast, a control group that had no involvement or investment in the product consistently rated those same products as neutral with a balance of pros and cons.

This demonstrated how the more involved we are, the more attached to our ideas we get, the less clear-eyed we’re able to be about their consequences or the range of potential impacts on customers and on the world at large.

In the second part of the study, BetterUp Labs tested interventions to see if we could eliminate bias in a way that did not also reduce enthusiasm for the product or kill the buzz of new ideas and innovations.

The goal wasn’t a reality check that creates pessimism and defeat. The goal was clarity and passion for taking on challenging problems within a realistic, optimistic orientation toward action.

The trials revealed one surprising best strategy for outsmarting the innovator's bias: envisioning the worst-case scenario. This strategy worked significantly better than either deliberately adopting different time horizons (taking the long-view) or deliberately adopting others’ perspectives (taking an empathetic view of impact). After deliberately engaging in thinking through a worst-case scenario, the data showed that the Innovator’s Bias was decreased — the participants gave a more balanced assessment of the potential benefits of their innovation — but their enthusiasm for it remained constant.

What this means is that to combat our bias and be more future-minded we have to be deliberate about forcing ourselves to think through the worst. Creating a story around how it could go bad — and how bad it could go — created space for participants to acknowledge and define the uncertainties and fears they might have been avoiding. Developing that worst case scenario let them imagine and play with the uncertainties — and in some ways, that defanged them. 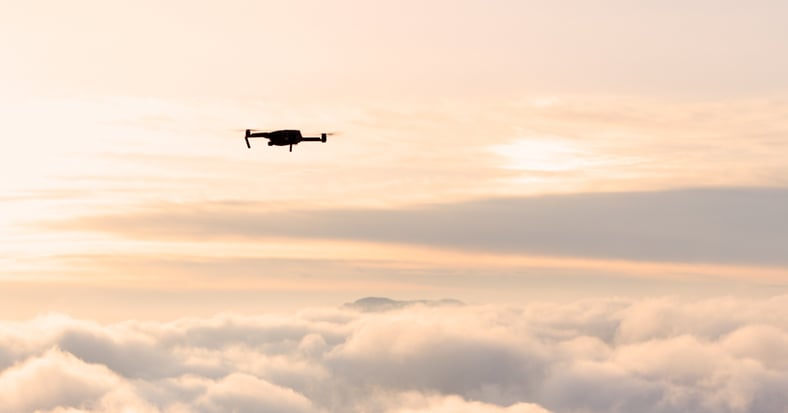 Understanding the Innovator's Bias can allow us — as organizations, leaders, or individuals —   to plan more effectively for the future. With awareness, we can be more deliberate about getting distance and perspective on our ideas. And consider different outcomes — not just the one that we hope or want. We can be more realistic about plans and more ready to let go of what isn’t working.

For organizations, understanding and mitigating the Innovator’s Bias can be transformational. Developing the capacity to bring realism and future-minded leadership to bear on a company’s long-term goals and near-term actions is especially important when complexity and the pace of change are upending traditional approaches. For anyone in a position of power or influence, it is clear that anticipating, planning, and readying ourselves mentally and emotionally for the curve balls and sneaker waves is now critical for the job.

Yet, organizations will benefit from developing these skills more broadly. Overcoming the Innovator's Bias can help frontline managers identify blindspots and overconfidence, allowing them to better organize their teams and work environment to accommodate uncertainty while moving forward.

Front line workers are often the first to encounter what’s changing for the customer and in the market and how design runs up against the demands and constraints of the real world. We can make planning and innovation more inclusive to see around corners a little better, to imagine different obstacles and opportunities.

It has to start with leaders though. Imagining the future isn't helpful if you don't believe in your own agency or ability to harness the future. If you can't articulate the potential roadblocks ahead nor have the mental fitness needed to navigate the challenges that arise, you likely lack the skills needed to shape it.

So while leaders can set the tone and model the behavior of future-mindedness, they also have to make space within the work for the types of practices that build the skills to strengthen our sense of agency and imagination. They’ll have to champion the pause, the thinking.

The stakes are too high to go backward. By building future-mindedness and learning how to imagine the worst, we can move confidently (but not blindly) into the future and outsmart our very smart biases.

A new kind of leadership for a new world of work

Since the start of the pandemic, we’ve tracked over 10,000 BetterUp Members engaged in 1:1 personalized coaching. Our data provide a window into the unique differences,... Read More
Employee Experience
9 min read | September 30, 2021

Workers who shifted to remote work during the pandemic are paying belonging tax for the convenience, flexibility, and work-life balance they gained. For employers, the... Read More
Research & Insights
11 min read | October 6, 2021

BetterUp member data reveals that leaders are continuing to focus inward at a time when their employees need them the most Read More
Employee Experience
7 min read | December 1, 2021

Men and women bring different things to the table. But are these differences really due to gender? The science may surprise you. Read More
Research & Insights
13 min read | January 11, 2022

Meet the Future-Minded Leader: Your organization’s answer to uncertainty

More than ever, the future feels uncertain and opaque. We have to move forward, but it’s harder to plan for what’s ahead. What does it take to thrive? We discovered one key... Read More
Research & Insights
17 min read | April 29, 2022

Overcoming distraction in the Federal workforce

Your workforce is lonely. It’s hurting your business.

European workers are lonely and have a 74% stronger intention to quit. Learn how to keep them.

Workers in the UK, Germany, and France are lonely. Discover the state of connection at work and the impact it's having on your business with data from over 1,000 people in... Read More