A Fortune 100 life insurance company was seeking a sustainable solution to accelerated performance in its biggest challenge area — closing net new business. The organization’s aim was to build its field leadership capabilities to develop and cultivate a focused, motivated agent base across the country.

The company partnered with BetterUp to provide sales leaders with personalized, Whole Person™ coaching that would impact both leaders’ performance and that of their teams, ultimately boosting the organization’s bottom line. With unlimited access to BetterUp, these leaders received both professional coaching, as well as specialty coaching, including support for topics around navigating uncertainty, communication effectiveness, high-stakes conversations, nutrition, and sleep, among others.

"Coaching has helped me to reflect on my true goals with regard to impacting my team as a leader and to help crystallize my goals and strategies." 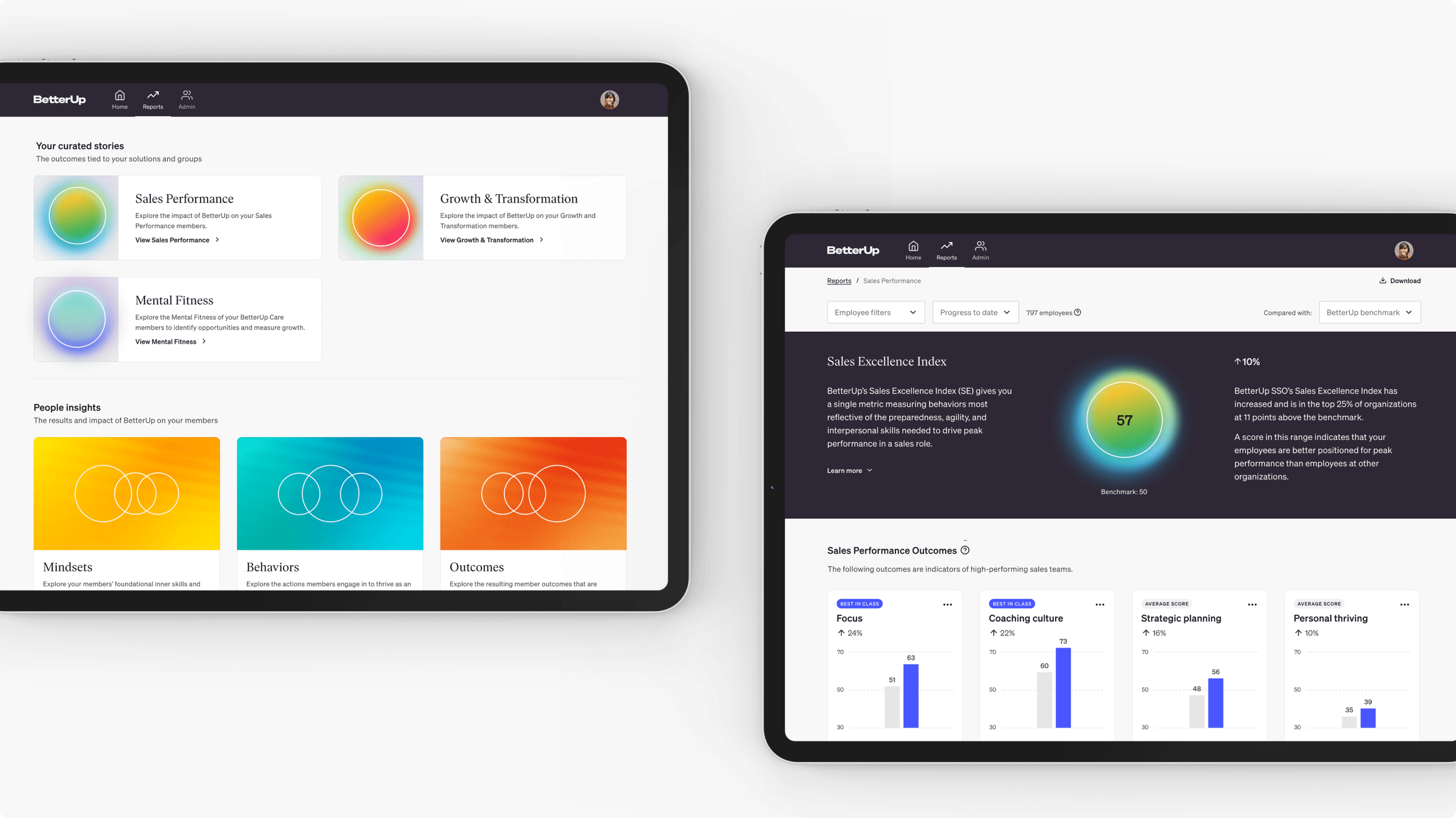 One year into the program, an analysis proved that coached sales leaders’ teams outperformed those of non-coached sales leaders in growth, in both net new customers and in total new business, as measured by increases in annual team commission earned. Sellers led by coached managers were able to increase their net new business deals by nearly 7X compared to teams of non-coached leaders, seeing 20% year-over-year growth, versus year-over-year growth for non-coached teams of just 3%.

In just one year, partnering with BetterUp coaching drove improvements in the critical leadership areas of focus, strategic planning, team empowerment, alignment, and coaching capabilities for sales leaders who took part in the program. By increasing sales leaders’ abilities to coach their teams, guide them to success, and motivate them to achieve their goals, the organization experienced a powerful ROI from its Whole Person™ coaching program.

"Having a Coach who is truly there for you and who cares is a gift. I have grown through the professional advice, direction, reflections and time that I have put towards my personal development. When I grow, I am a better leader and better [spouse], [parent], friend and overall person."

Interested in seeing how BetterUp can help your organization accelerate progress on sales goals?

Schedule some time with us so we can learn a little bit more about your business needs, and we will tailor a demo to meet your goals.
Schedule a demo