The new free rider: How to keep social loafing from ruining your teams 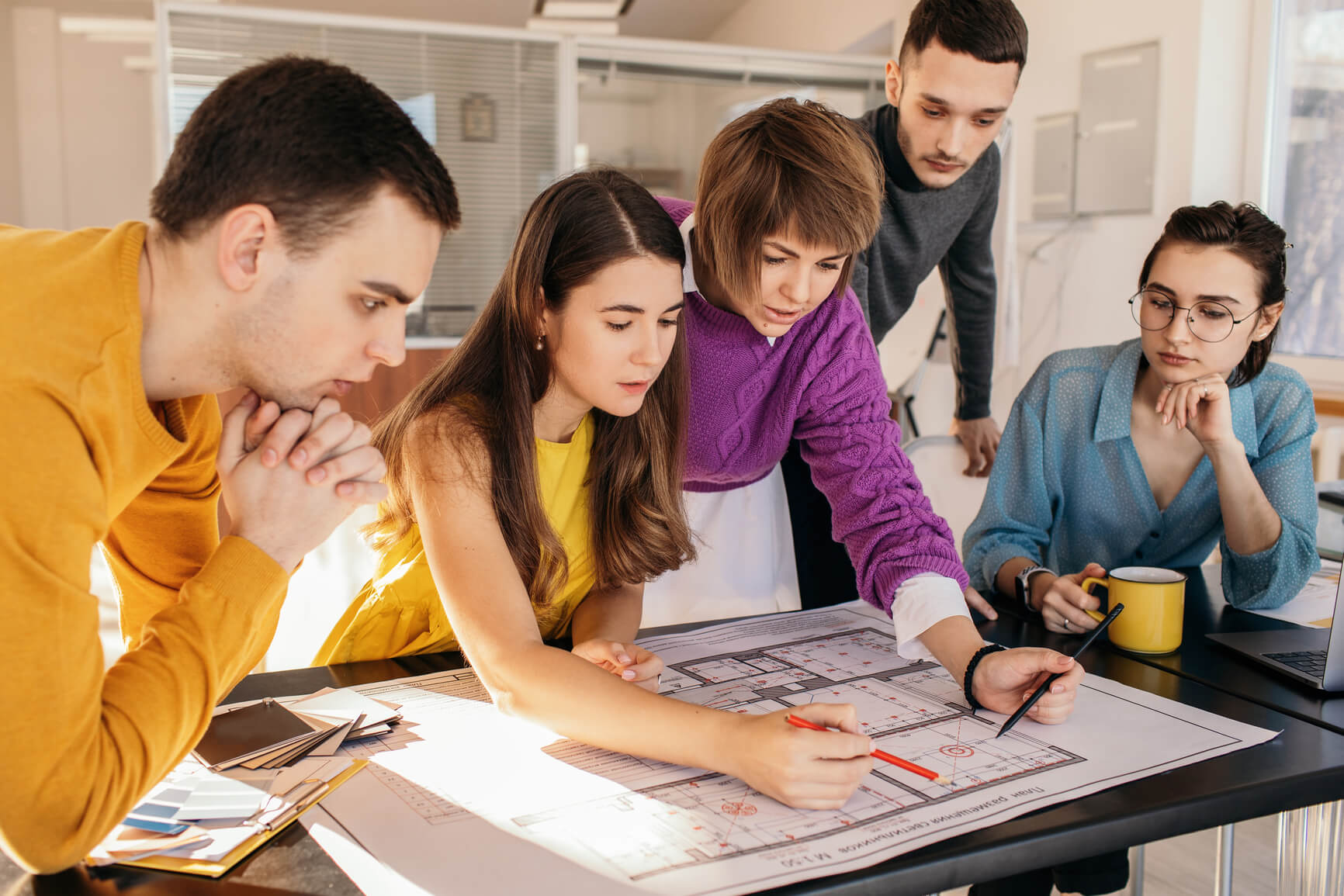 What is social loafing?

What are examples of social loafing?

What impact does social loafing have on teams?

How to reduce social loafing at work

Whether you’re accomplishing something at work or home, you likely know that work gets done faster when you collaborate with others.

But you may have had negative experiences with team collaboration in the past. If you’ve ever felt like you were putting in more than your fair share of work to pick up the slack, then you’ve already encountered social loafing.

But why does social loafing occur when people work together? How can you mitigate its effects as a team member or as a manager? Let’s explore the effects of social loafing and how to escape them.

What is social loafing?

Social loafing is a term used in social psychology. It’s what happens when someone puts in less effort when they’re judged as part of a group.

This level of effort is lower compared to when the same person is working alone or judged individually. When working alone, many people tend to put in more effort. But when there’s teamwork involved, some people will slack off. 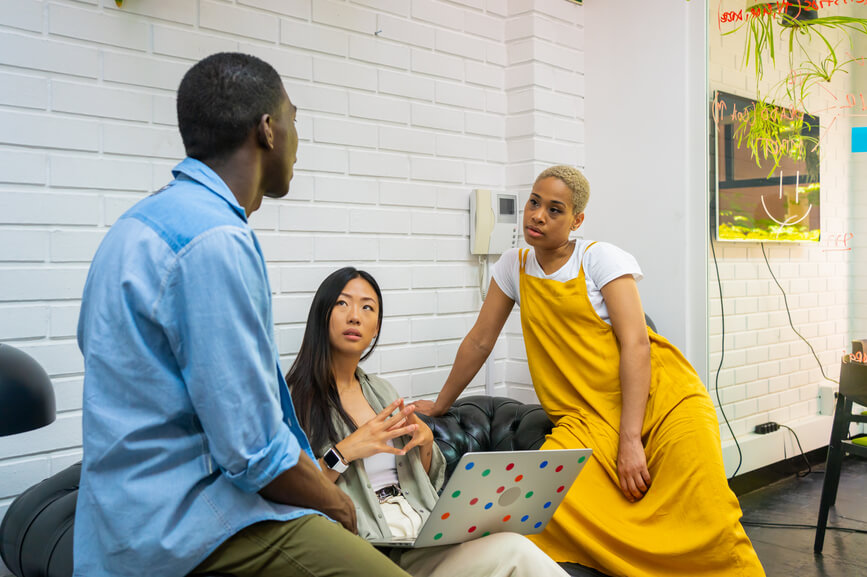 There are several causes of social loafing or social facilitation in a group setting. Some of these factors include:

Researchers Steven J. Karau and Kipling D. Williams attribute social loafing to the value someone assigns to a goal and what their expectations are for their ability to reach that goal. This is also known as the Collective Effort Model. When working together with members of the group to achieve a goal, two things happen:

Both of these factors work together to decrease an individual’s motivation. This lack of motivation makes them less likely to contribute as much as they’re capable of contributing.

What are examples of social loafing?

Let’s break down some social loafing examples to illustrate how this psychological phenomenon works.

The first example leads back to 1913 when social loafing was first observed in a rope pulling experiment. This experiment was conducted by Max Ringelmann. He was a French agricultural engineer.

Ringelmann asked people to pull on ropes. He asked people to do this both alone and in groups. He observed the outputs of the rope pulling based on various circumstances.

During the experiment, Ringelmann noticed people put in less individual effort when they pulled as part of a group. Conversely, per individual, the outputs of the rope pulling were much higher when people pulled on their own. This is why social loafing is also sometimes called the Ringelmann effect.

The Ringelmann experiment was conducted again in 1974 to replicate the effect. The researchers found that performance in the rope pulling significantly decreased when the number of people in a group increased from one to two individuals rather than from two to three. The decrements were insignificant when a fourth, fifth, and sixth member were added.

Social loafing occurs in other types of tasks, too. We all remember working with classmates on a school group work project. Likely not all members of your group put in the same amount of effort to achieve the task. Some members may contribute nothing at all.

Without care to build commitment to a shared outcome, establish norms, and make work productive and engaging, the same thing can happen in group projects at work.

When performance and metrics are judged only at a group level, some team members may not be as motivated to put in their best effort. In some cases, responsibilities may not be assigned with clarity. Some coworkers may not be as invested in the goal as others. This further adds to the social loafing problem. 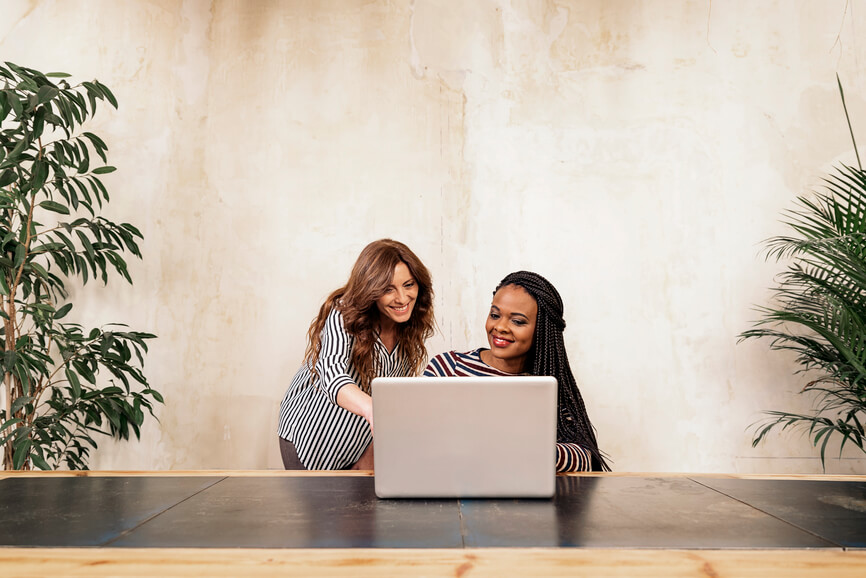 What impact does social loafing have on teams?

There are several consequences of social loafing tendencies. First, coworkers putting in less effort will lead to lower productivity. This decrease in productivity will become even lower if more people fall prey to the social loafing phenomenon.

Social loafing can also hurt employee relations. Resentment can build up between colleagues when some people feel that others aren’t pulling their weight. This resentment and frustration can further deteriorate the productivity output of the team when it leads to team conflicts.

Additionally, social loafing will lead to disappointing results from teams. Performing in a sub-par way can be even more demotivating for future tasks. This is especially true if team members struggle to deal with disappointment. Low team morale can make it difficult to overcome social loafing down the road.

Social loafing can also contribute to burnout for team members who contribute more than their fair share. Individuals who put in extra hours or put too much pressure on themselves to perform may not be able to sustain this effort over longer periods.

This can also translate into higher turnover rates when burnt-out employees take a leave of absence. They may even decide to pursue their careers elsewhere in hopes of finding a team that’s better suited to their style.

Social loafing is also an important problem within virtual teams. This is because there’s a lack of social control for employees who work from home. Because of the lack of presence of others around employees, there’s no way to observe what they’re doing. This can make it difficult to keep virtual teams accountable.

How to reduce social loafing at work

Reducing the social loafing effect is everyone’s job. Both leaders and team members need to collaborate to increase the participation of social loafers.

How managers can reduce social loafing

Here are five ways that managers can change how they handle their teams to prevent social loafing.

Free-riding is more apparent in smaller groups. That’s because each contribution matters more. 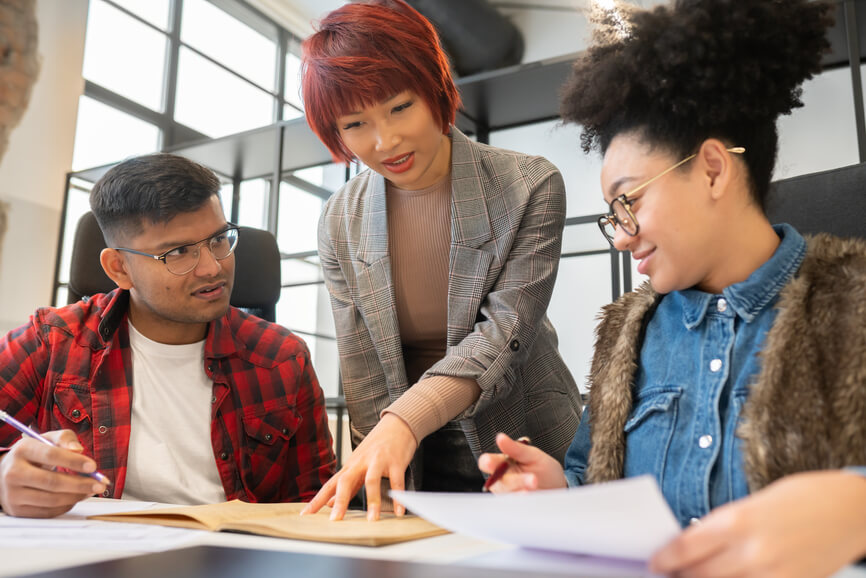 It’s easier to make the moving pieces of a project transparent when someone takes up the role of project manager. This person can also ensure all tasks are accounted for.

Managers can take up this role. But they can also delegate to someone who has shown initiative when it comes to leadership and decision-making. Giving this role to someone in the team can also help them feel more committed to the project.

There should be no ambiguity when it comes to who’s responsible for what. It’s also important to achieve cohesiveness and clarity for both group tasks and individual tasks. Unclear roles and objectives can lead to accidental social loafing. How can someone pull their weight when they aren’t even certain of what they need to do?

Make sure everyone on your team knows:

Clarifying roles and objectives is another great reason why project management matters.

Make sure every individual is kept accountable.

Don’t just meet with the team as a whole or judge team accomplishments. Take time every week to meet with every team member individually. Keep track of what each person contributes. Tell them what they’ve done well and what they can improve.

This will help build a culture of accountability in your team. It’s more difficult to fall into the habit of social loafing when you know you’ll be judged on your individual performance.

Every member of a team should feel like their work matters. When you take time to appreciate individual contributions, you don’t just empower that person — you empower the entire team.

It’s especially important to highlight individual contributions for people who tend to loaf. They’ll be less likely to loaf again if you appreciate what they do when they pull their weight.

How employees can reduce social loafing

Here are three ways you can reduce social loafing as a member of a team.

Your team members are more likely to contribute if they feel a sense of belonging. As a member of your team, you can take steps to build that culture.

For example, consider planning a team lunch to build bonds between colleagues. If you’re in a remote team, make sure you use face-to-face communication from time to time. Take the initiative if this isn’t enforced by your manager.

You can also make sure everyone feels included by asking for someone’s opinion when they’ve been quiet for a while.

Don’t be afraid to ask your manager for help nurturing this sense of belonging if you’re struggling to do this on your own. 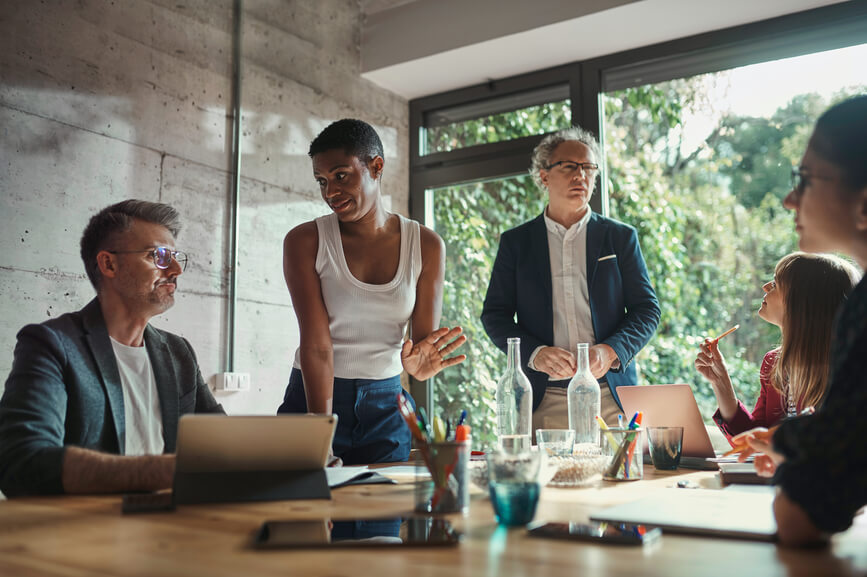 Appreciation doesn’t only have to come from managers. As a member of your team, you can take the time to appreciate what your colleagues achieve.

Make sure you keep an eye out for what others on your team are doing. Point out special achievements by individual members of your team when you notice them. This will further contribute to the sense of belonging that you and your colleagues feel. But it will also help increase morale.

Make sure you always do your work well. You have a responsibility to your colleagues, your manager, and yourself to contribute your fair share and work toward a common goal. Practice self-awareness to ensure you aren’t loafing without realizing it.

But don’t pick up someone else’s slack if your colleagues fall prey to social loafing. It will be easier for other people to fall into the habit of social loafing if they expect you to make up for it. This can develop into a pattern that’s difficult to break.

Instead of making up for someone else’s lack of input, consider your other options. Remember that some people may loaf without realizing they’re doing it. In this case, an open and honest conversation can help to curb the habit.

You can also bring your concerns to your manager. Keep in mind that you don’t have to point fingers if you feel uncomfortable doing so. Instead, you can communicate your desire for better accountability in your team.

When your team feels empowered and accountable, each member is more likely to put in their best effort and contribute to a productive outcome. Achieving this requires more planning and better team management, but it’s well worth the effort.

BetterUp can help you grow your people using the Whole Person Model. Request your custom demo to start the path toward more productive teams.

When organizations ignore the belonging piece of the DIEB puzzle, they often continue to have diverse representation issues — especially at the higher levels of the... Read More
Culture
6 min read | September 2, 2019

BetterUp member data reveals that leaders are continuing to focus inward at a time when their employees need them the most Read More
Professional Development
18 min read | December 16, 2021

Should I quit my job? 5 signs it's time for your next move

It is hard to know when it is or is not time to quit a job. This article gives guidance and explains how to properly quit or avoid quitting Read More
Research & Insights
17 min read | April 29, 2022

Overcoming distraction in the Federal workforce

Lack of focus and distraction are a persistent problem today. For the government workforce, this presenteeism threatens to undermine safety, effectiveness, and productivity. Read More
Collaboration
17 min read | June 28, 2022

Your team’s ability to work together is key to a thriving, successful workforce. Use these 6 steps to improve team dynamics within your organization. Read More