What the Abilene paradox is and ways to minimize it 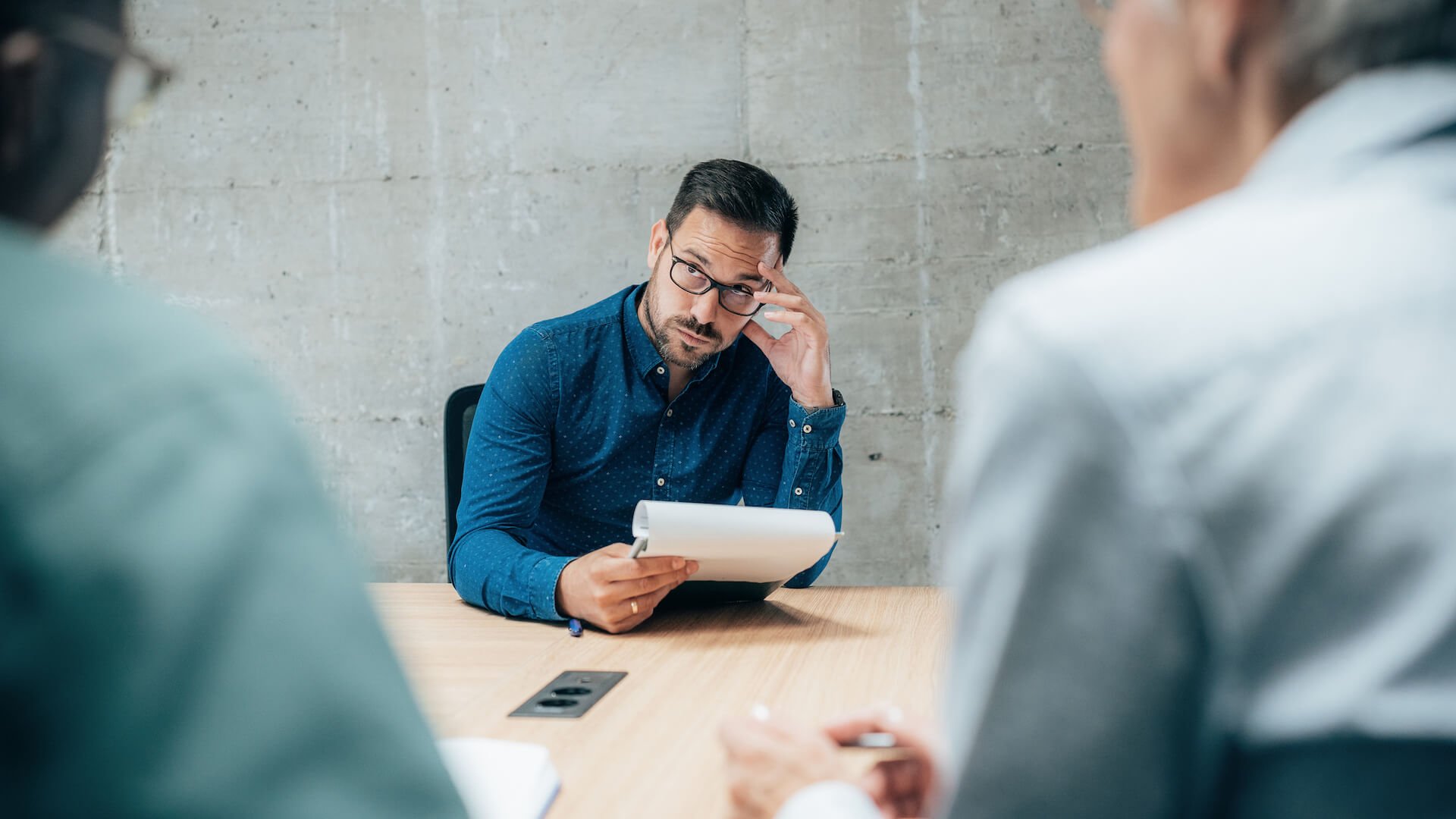 If everyone thinks it’s a bad idea, no one will do it — right?

In 1974, professor and management expert Jerry B. Harvey introduced an interesting quirk of group agreement. He called it “the Abilene paradox.” It describes the tendency of people to go along with what they think the group wants to do — even when they themselves don’t want to do it. And it happens more often than you’d imagine.

To illustrate this phenomenon, Harvey recalls the following story:

A family is playing a game together on a hot summer day. The father-in-law suggests that they drive from their hometown of Coleman to Abilene, Texas — about 53 miles away. The wife says it sounds good, the husband agrees, and the mother-in-law says she’ll go along too.

They take a hot, dusty ride to a mediocre restaurant, then take another long drive back home to Coleman. When they arrive, recovering in front of the fan, the husband politely (and disingenuously) says, “Great trip, right?” His mother-in-law says, “To be honest, I would rather have stayed home.” The wife agrees, and the father-in-law confesses the same. Turns out, he only suggested it because he thought they would all be bored staying home.

What is the Abilene paradox?

The Abilene paradox describes a group dynamic where the collective agrees on a path of action that none of the individual members want to do. Jerry Harvey, the management expert who identified and named the phenomenon, calls it a “failure to manage agreement.”

This scenario — as you can imagine — was frustrating and baffling for the family involved when the stakes were relatively low. But it can be detrimental and even dangerous in the workplace. After all, healthy workplaces depend on the individual skills, insights, and opinions of many people. When it’s at play, those voices are silenced. The team is no longer engaged in their own work or the company’s growth.

The negative consequences of the Abilene paradox in the workplace include:

What causes the Abilene paradox in teams?

People instinctively want to conform with the group. That urge is a very human one, designed to keep us safe from threat. In pre-historic times, wandering alone meant being picked off by a predator.

In modern times, the fear of being separated from the group has become the primary threat. We worry that we’ll be seen as disagreeable, contrary, uncommitted, or “not a team player.” Of course, we rarely vocalize these thoughts. When social anxiety gets the best of us, we ruminate over conversations, body language, and situations. We fear that going against the group will cause harmful consequences.

Unfortunately, with the Abilene paradox, the fear of what might happen if we speak up becomes more present than the (often undesirable) consequences of going along with group. This fear of speaking up is known as action anxiety.

In truth, the Abilene paradox results from a kind of false cognitive dissonance. Cognitive dissonance is the psychological discomfort that arises when we do something out of step with what we believe to be true. In this case, we want to be in alignment with others, but we also feel that what we think the group wants to do is a bad idea. This results in a difficult choice: deal with the discomfort of speaking up or the discomfort of being dishonest about your true feelings. 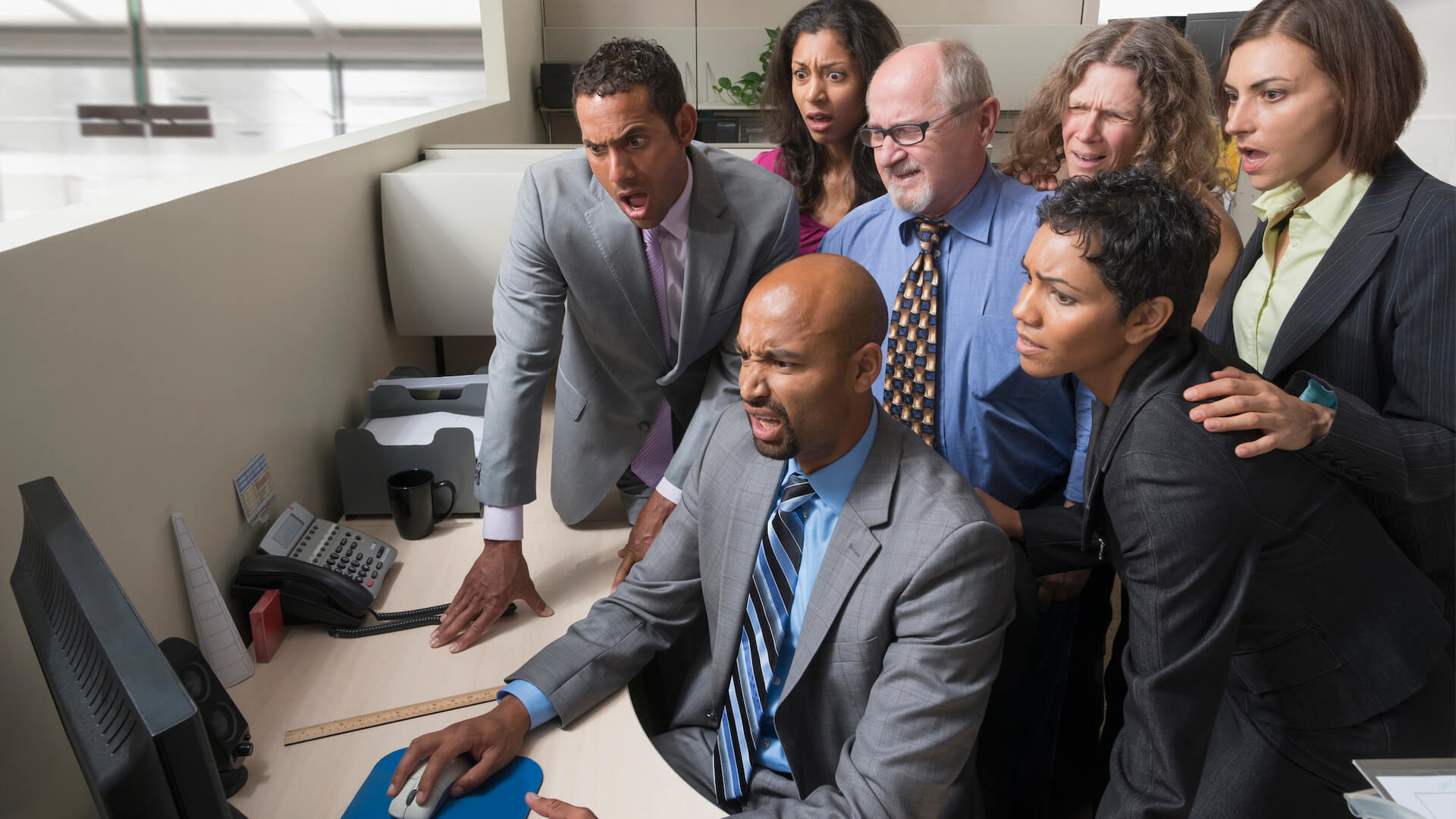 The Abilene paradox vs. groupthink

Groupthink is similar to the Abilene paradox, but with one key difference. In groupthink, the group of people involved consciously agree with one another. This can be due to the dominant culture, homogeneity on the team, or subtle workplace coercion. Whatever the reason, there is a lack of individual thought. That means that the healthy, productive conflict that accompanies dissenting opinions is also missing.

With the Abilene paradox, people are aware that they don’t agree with the plan that’s being presented. They see the flaws and are aware of their own reservations, but choose not to speak up because they believe others support it. Because the dissent is never expressed by each individual member, the collective decision moves forward unchallenged.

Psychological safety and the Abilene paradox

If the members of a group don’t feel comfortable disagreeing with each other, there’s a greater risk of the Abilene paradox taking hold. Psychologically safe workplaces encourage and accept dissent, whether it’s a formalized discussion or just a general sense of mutual respect.

When people do succumb to this psychological mind trap, it foments a greater lack of psychological safety. Because no one spoke up, it unconsciously reinforces that it's unsafe to do so.

Members of the group feel a real risk in action. You may notice that people agree with an idea, but then hesitate or decline to take responsibility for it. Building a culture that values creativity, innovation, and diversity of thought can help prevent the Abilene paradox from taking hold in the first place.

How to create a culture that minimizes the Abilene paradox

The first step in combating the Abilene paradox is for leaders to recognize that it exists. Without awareness of the problem, it will persist. Knowing what to look for and challenging unanimous agreements can help create the opportunity for people to speak honestly. Here are some ways to build psychological safety on your team:

Having one team member who is tasked with disagreeing with the group can help to prevent the Abilene paradox. This person should have a strong understanding of the group’s mission and values, and a willingness to speak up when they don’t agree with the majority's decisions. Discuss dissenting viewpoints openly or create space for team members to voice their opinions outside of meetings.

If your team is homogeneous, it’s likely that similar viewpoints will be acknowledged while others are dismissed. This can lead to groupthink and the Abilene paradox. Create opportunities for diverse perspectives to inform group decisions and foster creativity in the organization. The conflict that can arise from dissenting opinions can help teams explore new ideas and make better decisions.

As individuals, we have the freedom to choose how and when we contribute our ideas to a group. At the same time, groups need space for open discussion and debate. Finding a balance between these two is essential. Try giving people space to brainstorm independently, then present their ideas to the group. This will diversify the group's starting point so that a few voices don't steal the show. 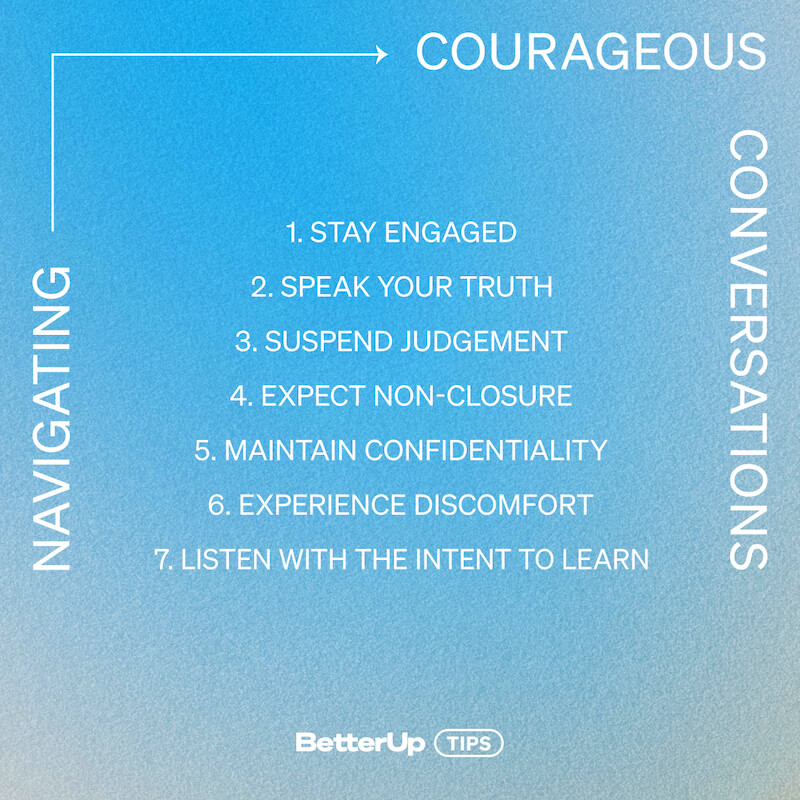 4. Make sure your team always has a way to provide feedback

Feedback should be a regular part of your workplace culture. Proving feedback on group initiatives should be part of your team's regular processes, whether it's a formal suggestion box or an informal survey. This will help to ensure that everyone has a chance to express their opinions and concerns before decisions are made. Even if you disagree with a suggestion, acknowledge and reward that person for the courage it takes to think outside the box.

5. Teach people to disagree with care

In addition to encouraging dissent, it is important to teach people how to disagree respectfully and productively. This requires a strong understanding of group dynamics, as well as a willingness for all team members to listen to each other's perspectives. One way to do this is through active listening, or developing the ability to listen without judgment.

There’s one more lesson I took away from Professor Harvey’s parable about the Abilene paradox. His family was content to play dominoes, but they ended up making the long drive because they each thought the other wanted something else. Sometimes, what’s out there isn’t better than what you’ve got at home.

We often let our negative fantasies about what we’re missing dictate our behavior. However, running away from your fears is like playing not to lose. Being strategic and authentic about the path you see before you — and making your decisions accordingly — is how you win. Build trust in yourself and your team to speak up early and often.

The importance of teamwork for agility at work

Teamwork is an essential cog in the wheel of a successful business. Find out how you can use teamwork to its full advantage and why synergy is important. Read More
Collaboration
13 min read | April 7, 2022

What will make or break your next role? Find out why teamwork matters

Your team’s ability to work together is key to a thriving, successful workforce. Use these 6 steps to improve team dynamics within your organization. Read More
Leadership & Management
9 min read | September 2, 2019

How to be an empathetic leader in a time of uncertainty

Empathetic leadership is crucial to running a successful team. Here's how to be an empathetic leader and tips and tricks to getting started. Read More
Leadership & Management
15 min read | October 25, 2022

8 strategies to collaborate effectively in the workplace

Productive conflict is an important part of workplace dynamics. Here’s why you should normalize it and how to make the most of it for your team’s growth. Read More
Productivity
15 min read | October 14, 2022

You need more than a quote to motivate a team

Quotes to motivate a team are great at highlighting the role of the teamwork. But to build real collaboration, leaders need to step up. Here’s how. Read More
Collaboration
16 min read | July 12, 2022

Asynchronous communication is a useful tool for remote teams. It can boost engagement, inclusion, innovation, and well-being. Here’s what you need to know. Read More
Collaboration
16 min read | May 19, 2022

How to be a good team player: Tips for becoming the dreamy coworker

Learning how to be a good team player is an important skill for succeeding at work. Use these tips to get started today. Read More